Here’s my run down on how to fight the harrier. AV8B N/A Tips and tricks - Flight Sims - Mudspike Forums

If you want to keep things simple stay away from AUTO bombing, and just use CCIP.

Also since you have FC3, if you don’t mind being rather slow, the A-10A is a great bird, that most of us learned on what back in the LOMAC days (Lock on Modern Air Combat, was DCS predecessor). It is very forgiving, very durable, and carriers an insane amount of ordinance.

The only thing giving me grief is the throttle which as I said is either all or nothing ,I wouldnt expect this for a training sample.

That’s not really how it needs to be, though. I can use the throttle throughout the entire range-of-motion, even for both engine individually. Does your stick have a seperate throttle slider or do you have a seperate throttle? If so, you can assign that in the Axis commands (not in the normal controls). If you don’t, I think there’s at least some increment functions.

Havnt seen a chucks guide yet for the SU25, its not up there with the main ones, I’ll keep on looking though.

Chuck hasn’t written a guide for any of the FC3 level modules, so no point in looking, unfortunately.

complexity is a plus for most of us

Exactly. I could care less how people define their fun but the above (your entire post) is how I tend to define mine. So be it. If it wasn’t for the complexity I’d save a lot of money - cuzz I’d have NO need for a machine NASA would have slobbered over to send a man to the moon!

My only real gripe is when dev’s of arcade flying games waste resources trying to ‘complicate’ them, and on the other side, when dev’s of complex flying games try to simplify them. I’d rather each spend their resources refining in the direction of…their original, complexity, ‘vector’ if you will. Complexity tends to eat up cycles too; why the more simple ones tend to run faster and/or look prettier.

A lot depends on the software engine of course. DCS has the ability to simplify things to some degree. And, as stated in this thread by others, a lot of it is how you decide to “play” - you don’t have to do a full startup, for instance

Whats with the name “Flaming Cliffs” and was there a 1 and 2.

Throttle. Right out of the box I would have thought the default would have been nice and smooth so maybe I have fault with my joystick, its a bog standard Thrustmaster. I moved house recently and think whilst packing the thrust button fell out of its slot . I found it and shoved it back in, but just maybe it needed more than just that, thinks I may take it apart to see. Having said that in the game pg/up and pg/down behaves the same way.

Might try that but am using default so wouldnt expect to have to adjust this. Maybe its my stick. Will take it apart to check first.

thrust button fell out of its slot

What do you mean by thrust button? Could you post a picture of your throttle or a similar one? We might be able to help more that way

I disagree, but understand.

You mentioned you have the Hornet. You don’t have to get that deep if you don’t want to. Start out with just the guns and manual bombing. It’s quite fun and, to me, rewarding. Is how it was done for about 70 years, more or less.

Here’s a excellent video concerning manual bombing in the Hornet: 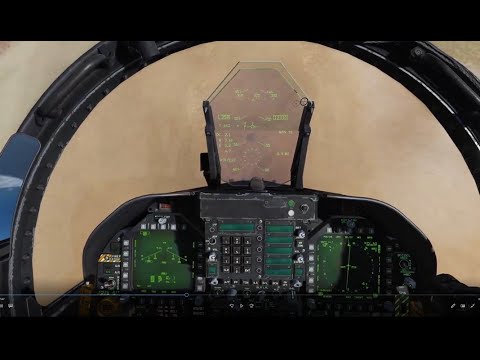 This guy as I recall, is a retired A-4 driver. All of his videos are good and informative. Has his own style of course.

Nobody (at least I don’t) really know where the flaming cliffs name really comes from. Its primary purpose nowadays seems to be confusing new players about the fidelity levels we have available in DCS.

For us fanatics about realism and complexity, there’s not much else available but DCS and a heavily modded old F-16 sim that runs on directX7. I sincerely hope they don’t tone down the complexity, because we have nowhere else to go to. What I do wish for is that they would release more flaming-cliffs level of complexity modules for planes that will remain out of reach for full fidelity in the near future. Something like a MiG-25, a Su-24 or even a NATO 5th gen. That I would really enjoy at FC3 level in the absence of a full fidelity variant.

Sorry not a button but a knob for the slider on the left side of the stick, although it didnt make that much difference. Think I will dismantle and have a look inside my stick. I assume the thrust slider is a digital one so just maybe it could be dirt or something inside as I havn’t used it for a long time. Have managed to get airborne and now onto next stage of navigation and going through the green hoops yay.

know where the flaming cliffs name really comes from

It probably sounded better in russian…

Perhaps if you think in russian…? 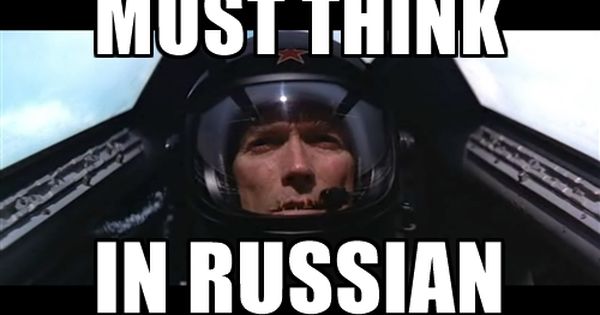