So a couple months ago - GOES 16 was moved to its permanent (well…semi permanent I guess) geo-stationary orbit and was officially activated. For the previous few months (year?) it had been in an experimental stage, and the data and imagery was available, but it wasn’t considered “operational”. Well, even in those test stages, the imagery was fantastic and I used it extensively while down in Puerto Rico to determine whether conditions were OK for VFR flying between islands. Without a working weather radar down there, we had to rely on IR satellite imagery to give us a clue on storm locations and incoming tropical systems.

For flight simmers…it would be useful too: 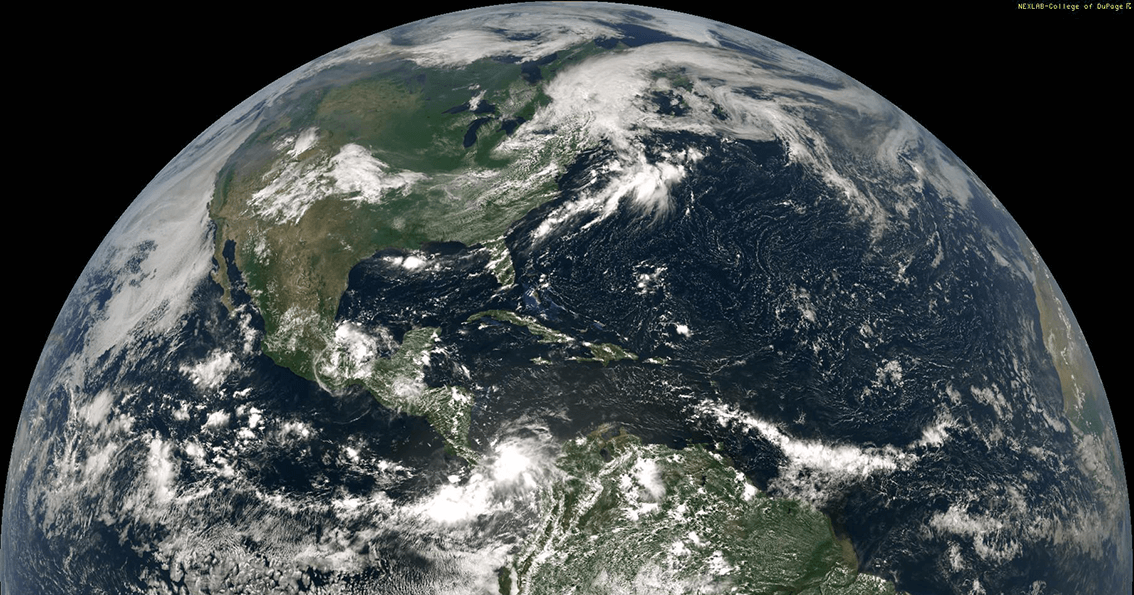 That is a link to the IR page - which is pretty useful. As of the time of this posting…it is showing a frontal area blowing up between here and Bermuda…something that would be interesting to know if I were headed out there tonight. You can also put it into motion on the bottom of the maps…useful for seeing the patterns whirl around. Put it on 200 frames (roughly 17 hours) and you can really see the long term patterns…

You can also export animated GIFs with it…another nice feature…

GOES-16 has several improvements over the old GOES system. Its advanced instruments and data processing provides: