So I’m going to surprise them by taking them to see a match up in Maryland in July to see FC Barcelona vs. Manchester United…! I was amazed at how much the tickets cost (gulp), but this should be fun for all of us. I understand that it is essentially just an exhibition tour, but it should still be pretty cool. Neither of them have ever been to a big sporting event…so the crowd and size of the stadium should be pretty impressive. 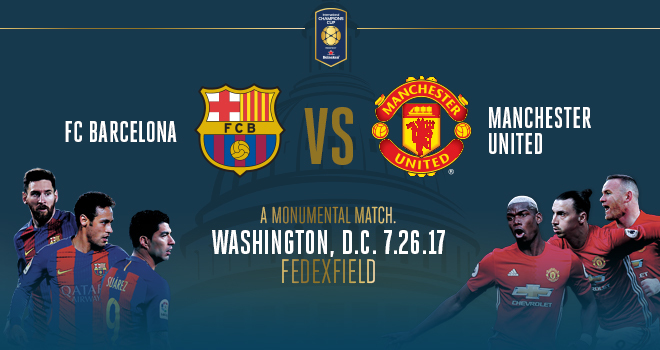 I’ve never been to one either. I 've watched a few exhibition matches in bars and the teams seem to play hard. I don’t think you need to worry about them slacking off. Hopefully you will give us a report when you get home.

Just be aware, that often in these types of tournaments, they are pre-season, so full-strength sides are not always fielded. I mean, these are all top teams, so no matter who plays you’re seeing some fantastic play, but you need to be prepared for favourites being substituted. This is, after all, a friendly competition.

For example, in the opener last year, Messi only played an hour. That’s still an hour, but it’s not the whole game.

I’m not trying to put a damper on it, just want to make sure you know what to expect. You never know how it’s going to play it.

I can tell you from looking at the schedule, that they are going to care more about the game that follows - El Clasico. They are playing their ultimate rivals, Real Madrid. How that influences lineup selection against Man Utd is anyone’s guess.

I am sure the boys will love it.
But just like with other sports (except Basketball perhaps) you see more of the game on TV. Being in the stadium is more of a atmospheric experience.

Being in the stadium is more of a atmospheric experience.

Ever heard of a beer bra? Google it. I’m gonna wear one. I’m comfortable with my sexuality…

Be happy I’m not attending.

Last year I went to a couple of exhibition matches in the US. Bayern Munich vs. AC Milan in Chicago and Real Madrid vs. Chelsea at Ann Arbor, Michigan. Pretty good experience in both occasions.

Even if all the first team isn’t playing, it’s still fun. Here’s a few pics of my experience. Looking forward to seeing any photos that you post.

Not a Bayern fan here, but those guys are top notch.
Their second team is actually good enough to beat most teams in the world.
I imagine an exhibition match, even without their star players can be real fun.

And yeah prepare for expensive merchandise.

Hope the quality of football (SOCCER) does not put you off too much. They are both rubbish teams

But I imagine you will enjoy it. For one it does not take all day to play and only has 2 halves unlike some American sports which last longer than an annual holiday. For an authentic touch take a flask of Bovril

Bovril is the trademarked name of a thick and salty meat extract paste similar to a yeast extract, developed in the 1870s by John Lawson Johnston. It is sold in a distinctive, bulbous jar and as cubes and granules. Bovril is owned and distributed by Unilever UK. Its appearance is similar to Marmite and Vegemite. Bovril can be made into a drink by diluting with hot water or, less commonly, with milk. It can be used as a flavouring for soups, broth, stews or porridge, or as a spread, especiall...

and a stale pie. Or a

So I’m watching the International Champions Cup match live right now - FC Barcelona and Juventus…and Kai and his cousin are flipping out watching it on TV and are so excited…and they don’t even know they are going to the match next week. I can’t wait to spring it on them as we pull into the arena in Maryland…they are going to go into full on melt down mode…

So the match was great. The spectacle of it all was awesome. The boys didn’t even know they were going to the match until we started to get close to the stadium. They thought we were going hiking or mountain biking. Then the stadium signs started popping up…and when they saw the long lines of fans wearing FC Barcelona and Manchester United jerseys and waving flags…it finally dawned on them. I don’t think they have ever been excited - including Christmas mornings…

DC traffic was typically horrible…taking 90+ minutes to go 17 miles from my parents house to FedEx Field. If I were to do it again (and we will) - I’d definitely make a day of it and bring an awning, grill, music…because the atmosphere in the parking lot was really fun. We drank a lot of beer (well, not the kids) and ate some pepperoni, salami, and bread as we did a mini-tailgate. 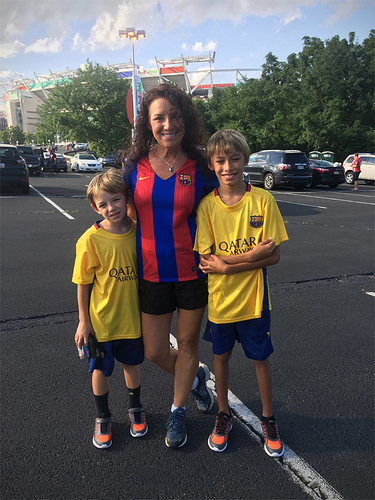 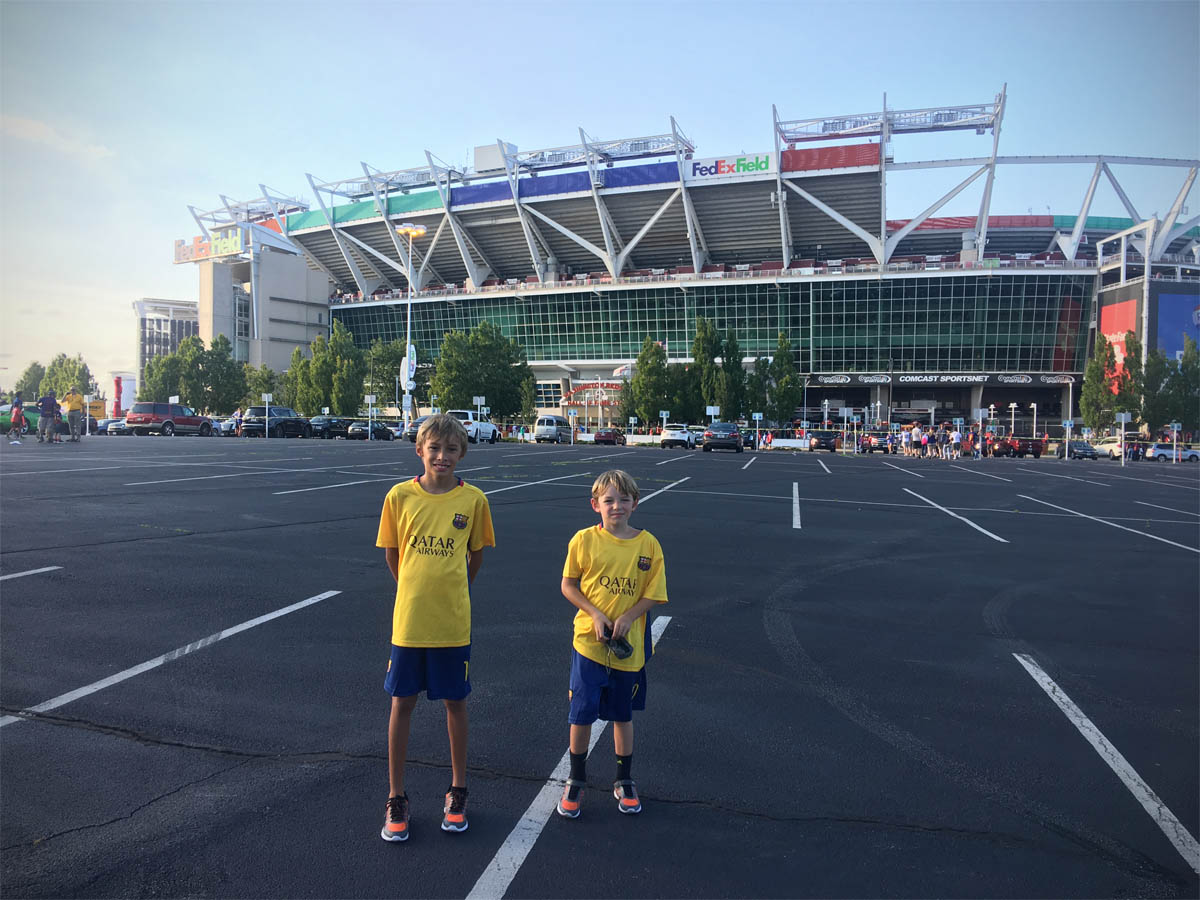 It was my first time at FedEx field - and they sold out the game - 80,162 in attendance…it was awesome…

Warmups were a lot of fun to watch - the boys were just in awe seeing their idols in real life…Messi, Neymar, Suarez…and by all accounts, we caught one of the last games to feature Neymar with the news he is going to PSG in the coming weeks… 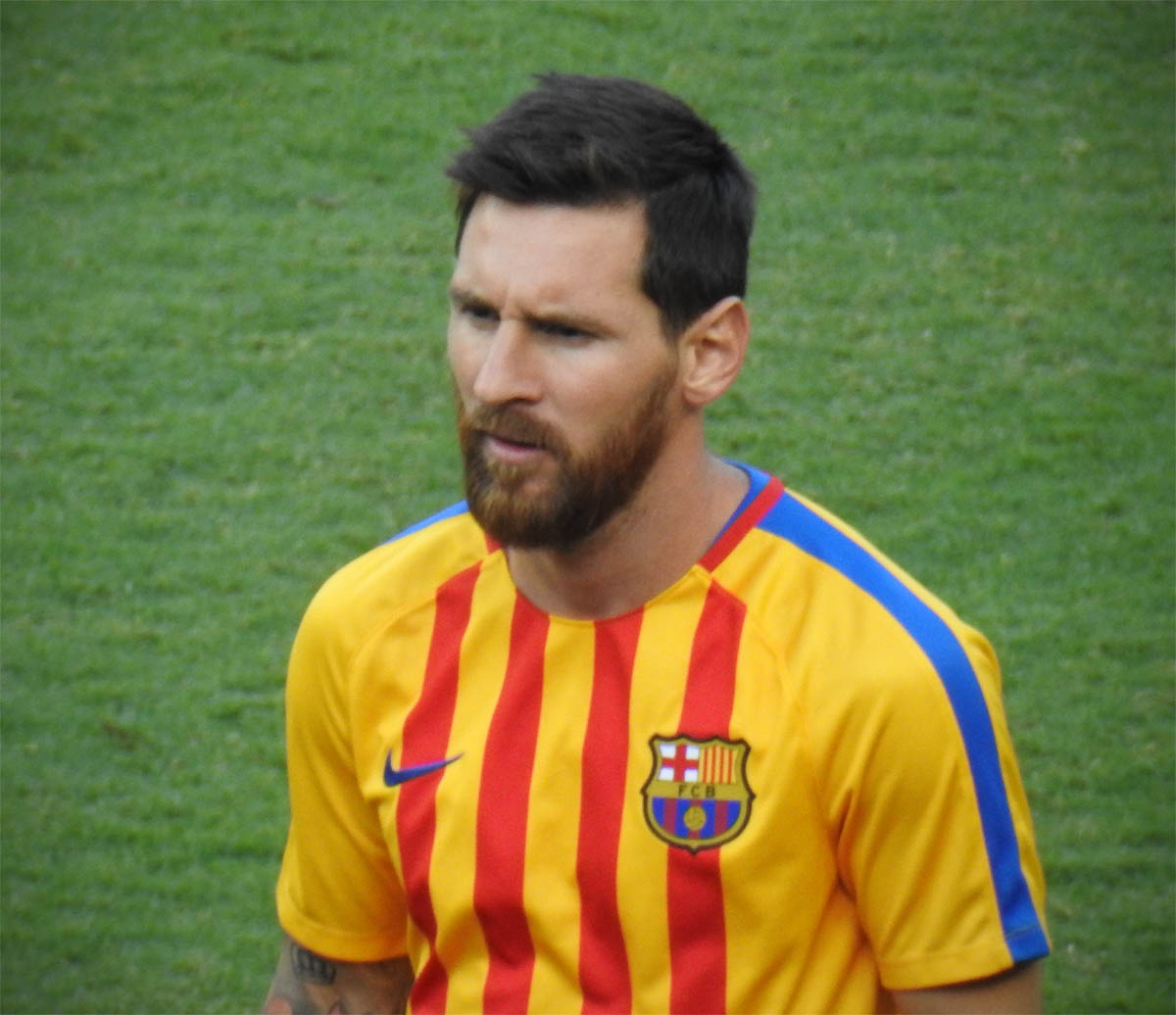 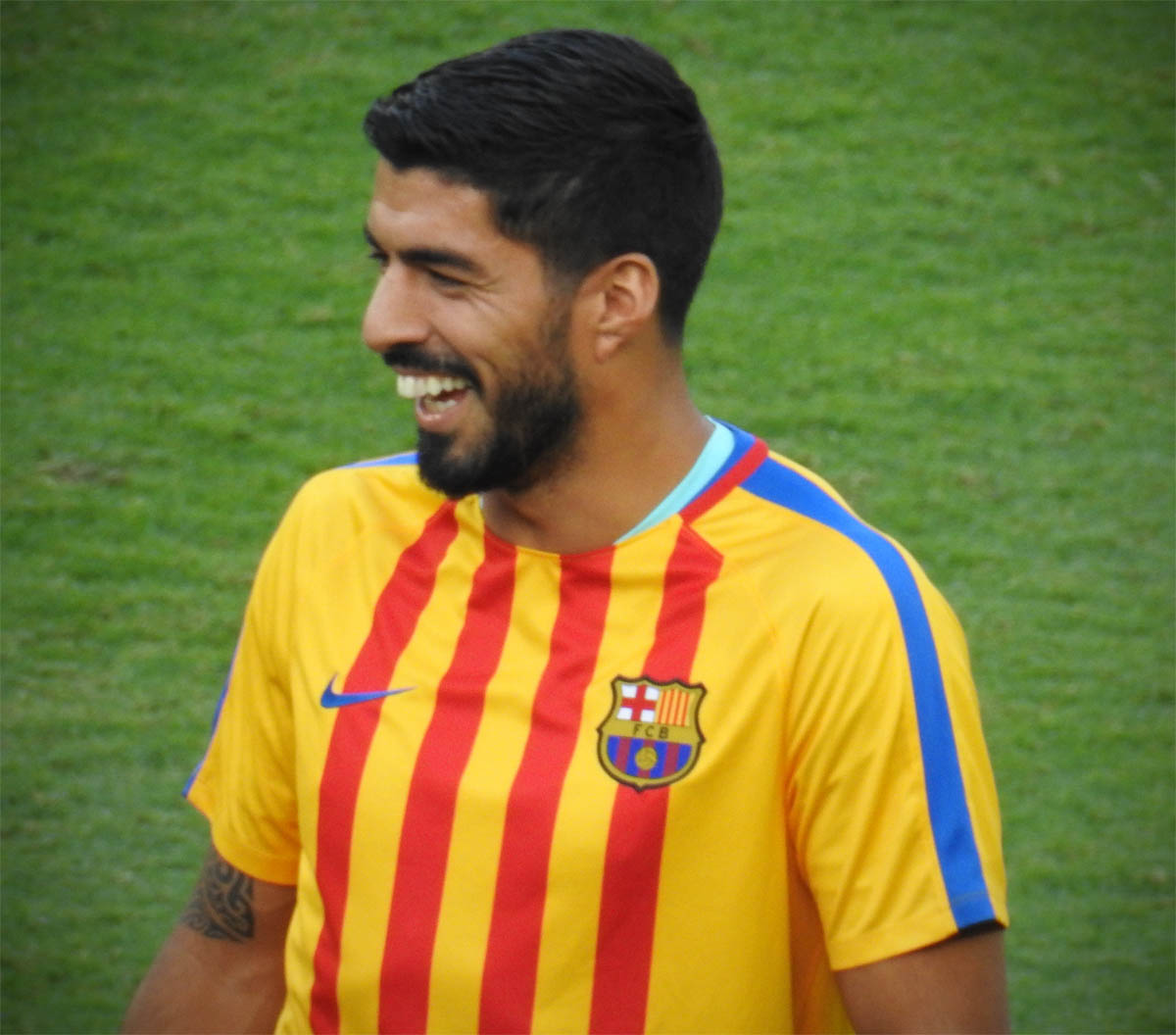 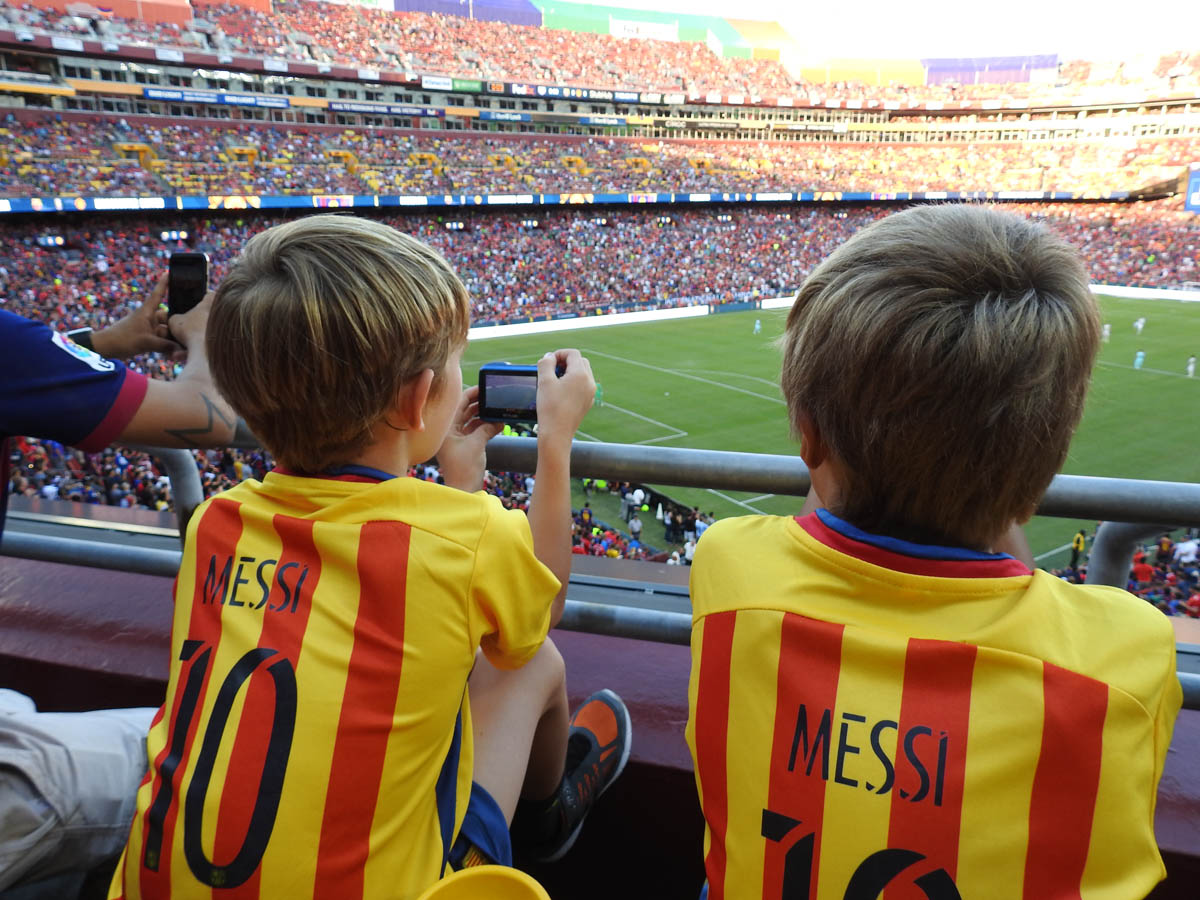 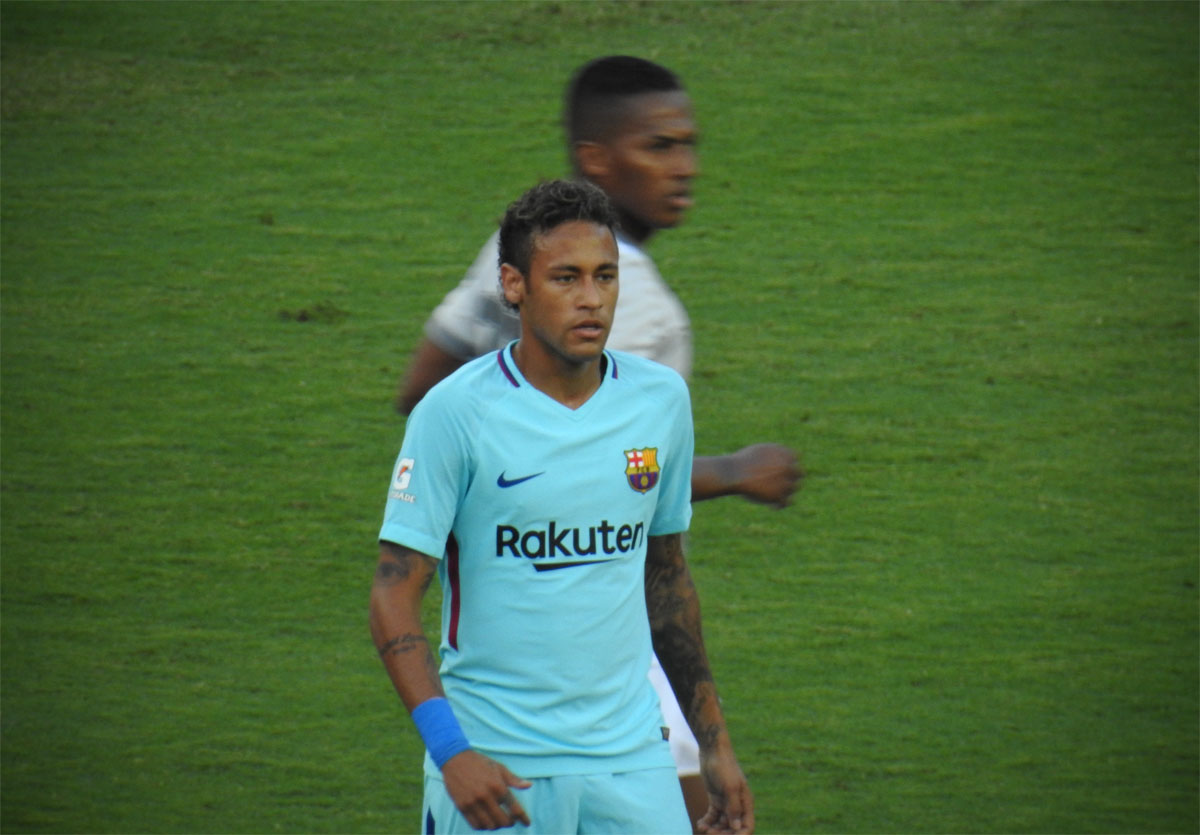 The first half was super exciting…with FCB taking a one point lead. The second half both teams benched most of their starters and it was a bit more low energy, but still fun nevertheless. I noticed that in the game a couple days ago (FCB vs. Real Madrid), they played their starters way deeper into the game…perhaps because the regular season is now approaching (or some additional rivalry?)… FCB’s Jasper Cillessen had some incredible stops and I think he was the Man of the Match… 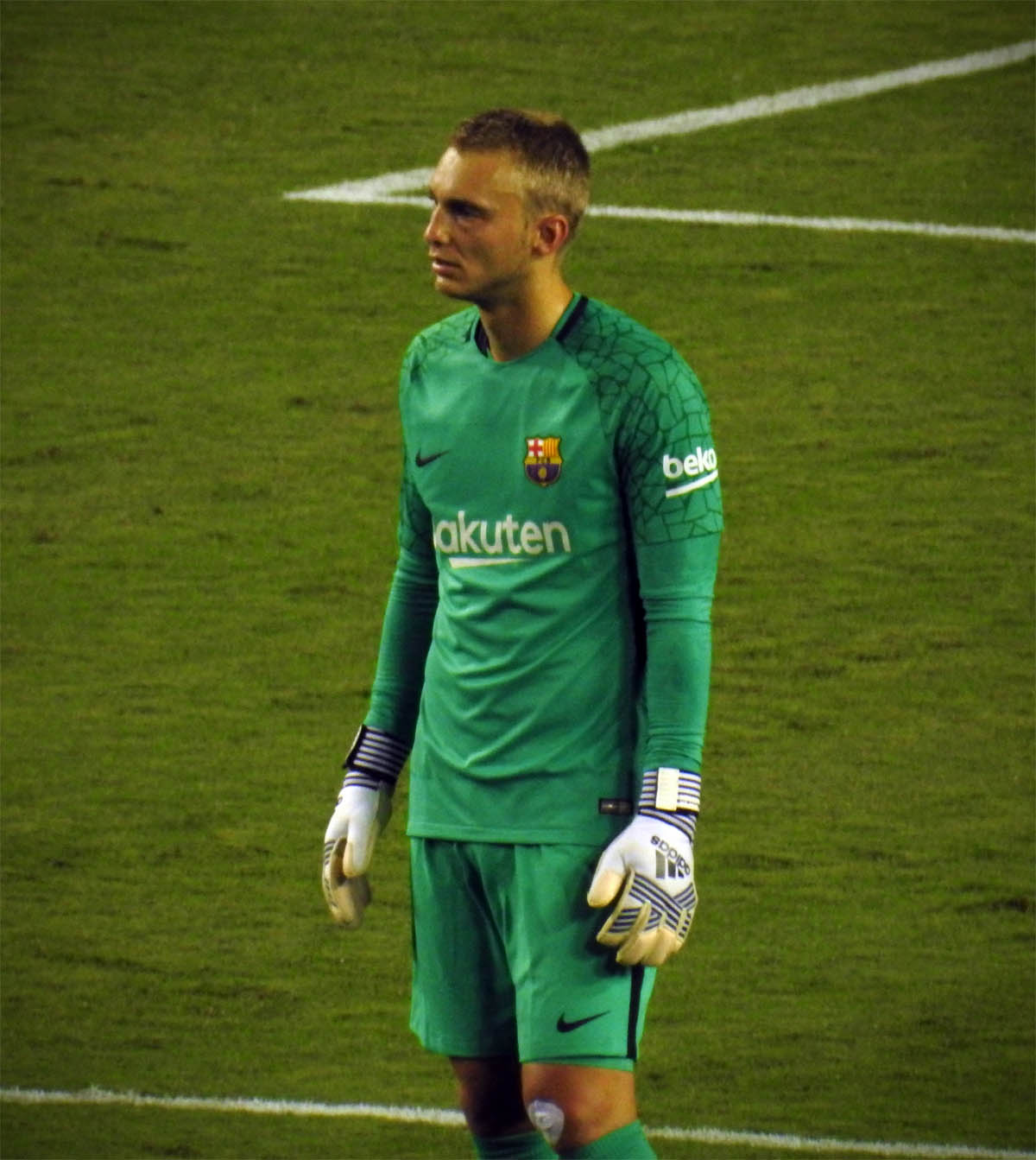 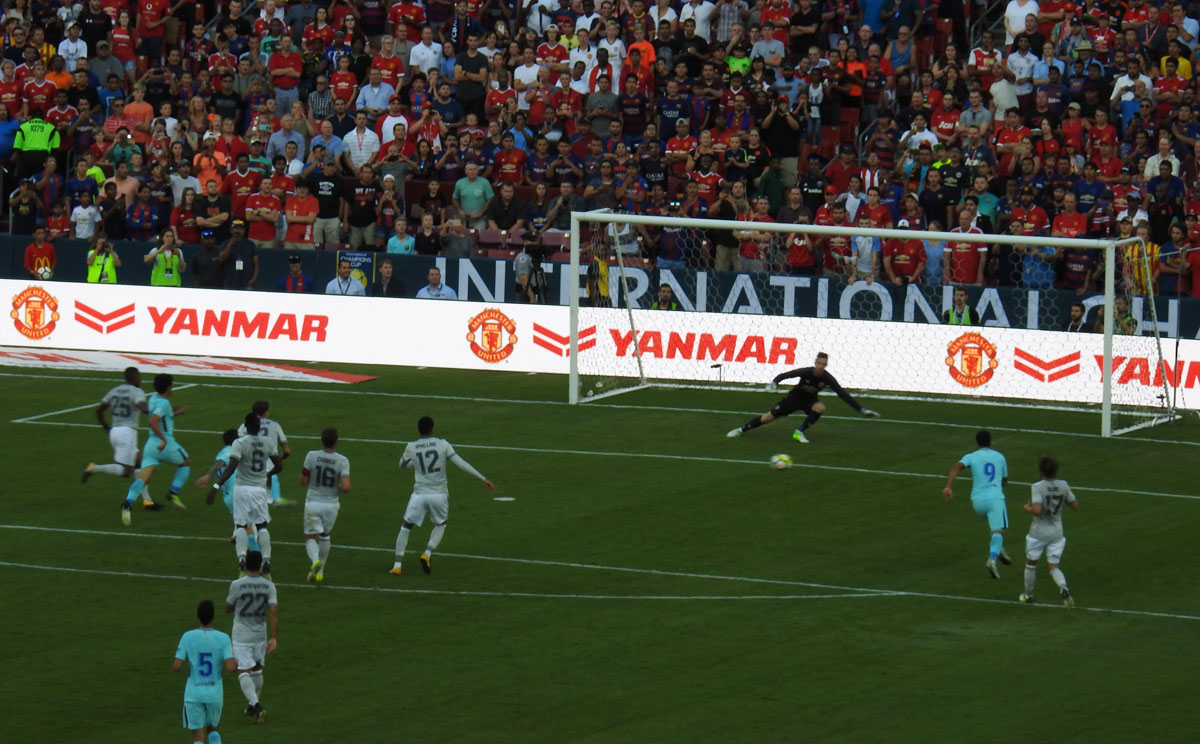 It was a fantastic time and no doubt a memory the boys will always keep with them. The atmosphere in the stadium was positively electric…a great time.

And yes, the starters going deeper in RM vs FCB is normal - El Clasico matches are always intense.

So Neymar is off to PSG. I had to Google an article to figure out all the leagues, Cups, invitationals, and tournaments. It is quite the mess of sporting competitions. Even after reading the article I’m a bit confused by it all.

That article is a bit confusing as it seems to refer to European Football from a top down approach.

IMHO I’d suggest it’s simpler to work the other way from the approach that each European country has its own individual set of leagues and cup competitions.

The European completions, there are only two,(Champions league and UEFA Cup) are then made by teams who finish in the top places of each of the countries top divisions.

The stuff you are seeing at the moment are what used to be pre-season “friendlies”, even though they are competitions. These are money spinners as well as a chance for players to get match fit and have no bearing on the up coming season. That’s why in the match you went to, they substituted a large number of players. In normal matches, a team has three substitutions only.

So with Neymar going to PSG - I assume at some point down the road we will again see Messi and Neymar on the same field playing against each other? That will be cool…(I know both are offense players…so they won’t be playing “against” each other necessarily…)

The only chance of that happening is a friendly like this tournament, or the Champions League. Or the Club World Cup or whatever they call it.