Harald Bauer, From the Luftwaffe to the US Navy

I touched on this in the X Plane-11 Screen thread but I felt it deserved its own thread.

Got to meet a gentleman who piloted an He-162 at Planes of Fame about 8 years ago. He was 17 when he was shot down and captured. According to him the planes were flown from the factory by inexperienced pilots, like him, to the front line units. That way if the plane had defective workmanship it would not kill an experienced pilot. Will have to find his story again because if I am not getting my individuals mixed up, easily done after seeing so many guest speakers at PoF over the years, he event…

Harald learned to fly gliders before the war in Germany and eventually flew He-162’s as a company test pilot to confirm their airworthiness before flying them to front line units by the time he was 17 years old. (Test pilots of his age were expendable but not the experienced pilots at the front. He states that 60 of the 65 test pilots he started in the program with died before he was shot down and captured. That was a lucky break for him since his mother was an American and that led to the start of his US Govt work…), The He-162’s Harald flew did not have any armament so the aircraft he was flying when he was shot down and captured was unarmed. That lead to his eventual enlistment in the US Navy which ended only because he was going to be required to learn how to land on an Aircraft Carrier. The man definitely had an interesting career.

Here are a couple of interviews with Harald. The first being the better of the two imo since he is not reading from his notes but you never know when something is going to disappear off the net.

Commander Harald Bauer (1928 - )
Interviewed on September 18, 2014 by Colin Heaton Pasadena, California
http://video.flyingheritage.com/v/117073467/commander-harald-bauer.htm
(I am unable to find a way to embed the video at the link above) 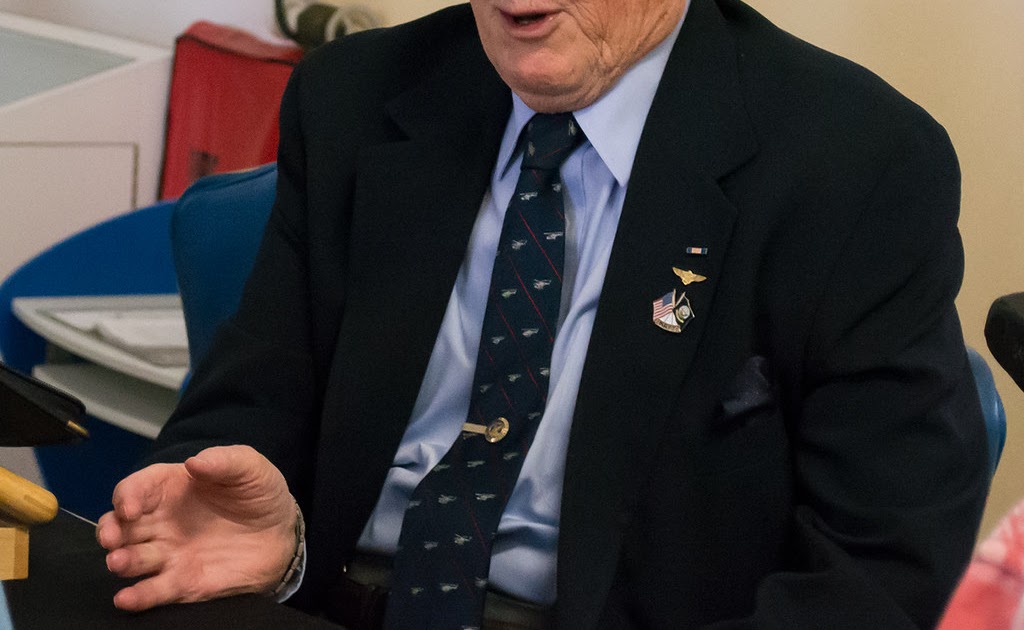 A Former Luftwaffe Pilot (and Some Planes)

I was going to do this blog two weeks ago about the same time as the Dunkirk movie and the blog about that Spitfire, but decided to wait. ...

The absolute best line from his interview when I saw him at Planes of Fame is when he is telling about the time he is at a party with several other US fliers from the war and he states that he was at a particular airfield on a specific date. This statement causes one of the pilots to claim that was not possible because his bomb group was attacking that airfield on that date. At this point he states, I never said I was on your side, or something to that effect…