Which is ironic, since it was meant to be flown by quickly trained pilots who’d only learned to fly in gliders.

I guess they were not expected to survive for any length of time.

meant to be flown by quickly trained pilots

Desperate times, desperate measures…
I wonder if the Volksjäger concept was more of a PR morale booster, than anything else.

Look here, people of the Reich! Soon every ablebodied german will learn to fly in a couple of weeks and then kill every enemy aircraft that cross the border.

I mean, even if they had managed to design it so it could be flown by anyone with glider training, what good would such a pilot be in combat? There’s much more to shooting down enemy aircraft, than just flying. The airplane is just the platform. A means to an end. But I guess we’ve learned a lesson or two, since then…

I think the lessons were already learned, but most of the experienced LW pilots were no longer available, and as you said, desperate times. I can’t imagine what it must have felt like to be a young, inexperienced pilot, strapping yourself into one of these things…knowing that in the next 30 minutes you would be going up in a hastily constructed aircraft, powered by a newfangled jet engine that has to be treated with finesse, only to throw yourself against a well armed bomber formation, protected by fighters flown be far better trained And more experienced pilots (at this point in the war), and then, if you survived that, you would have to try to land, with a jet engine that takes forever to spool up should you need extra power. To top it all, if you somehow survive all that, your reward is to go and do it all over again.

a young, inexperienced pilot, strapping yourself into one of these things

Well, they dismissed the idea and more experienced pilots flew them. It was hard enough for them.
But my point is why on earth did they even consider such a peoples fighter program, in the first place. They had enough combat experience to know that it would never work.
That’s why I still think that the idea behind is was born out of a PR stunt.

Got to meet a gentleman who piloted an He-162 at Planes of Fame about 8 years ago. He was 17 when he was shot down and captured. According to him the planes were flown from the factory by inexperienced pilots, like him, to the front line units. That way if the plane had defective workmanship it would not kill an experienced pilot.

Will have to find his story again because if I am not getting my individuals mixed up, easily done after seeing so many guest speakers at PoF over the years, he eventually ended up in the US Navy.

I can’t imagine what it must have felt like to be a young, inexperienced pilot, strapping yourself into one of these things…

My wife’s uncle was a kami kaze pilot. (No kidding!) I know we don’t think of Nazis as being suicidal and the same way we might see the Bushido Japanese. But I think by the end of the war a similar desperation was setting in. Her dad used to talk about all the great goodies that his older brother got up to the day they last saw him. When the common people were suffering from all sorts of shortages and sacrifices, the kami kaze guys had women, booze and all the food the family could want. If you didn’t think too much about the ultimate end, it was a pretty great gig.

My wife’s uncle was a kami kaze pilot.

I do remember reading once about a program towards the end of the war that encouraged Luftwaffe pilots to point their (usually older IIRC) reinforced Bf-109’s at bombers and bail out, hoping the planes would hit a bomber or two on the way. Was he part of that program?

Sonderkommando "Elbe" was the name of a World War II Luftwaffe task force assigned to bring down heavy bombers by ramming them in mid-air. Its sole mission took place on 7 April 1945, when a force of 180 Bf 109s managed to ram 15 Allied bombers, downing eight of them. The task force was created to cause losses sufficient to halt or at least reduce the Western Allies' bombing of Germany. The pilots were expected to parachute out either just before or after they had collided with their target....

The series dogfights did an episode on the group. 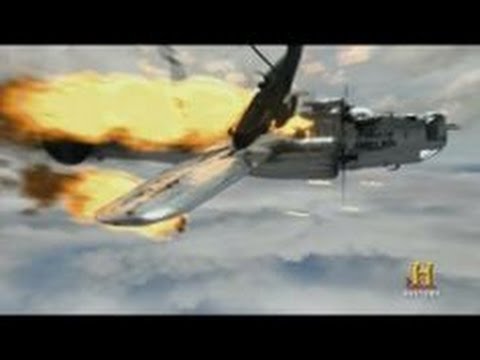 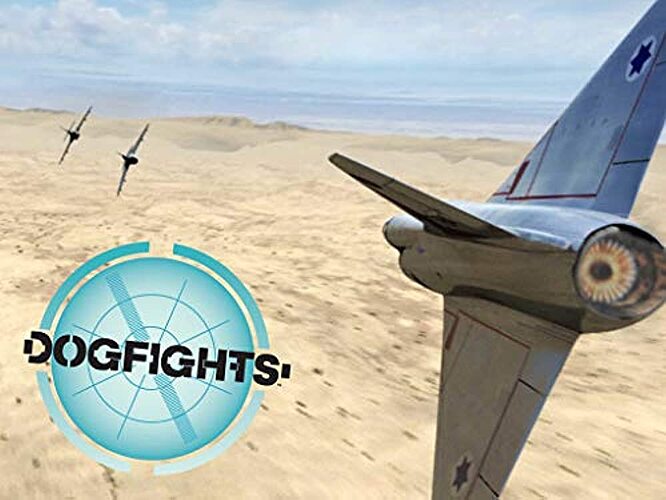 I’m reading a book about the JG7 flying the Me 262 in '45. Although I think that there was a similar bit of fatalism, every mission might have been considered suicidal. Days facing 1000 bombers with 700 escorts would not have been extraordinary. The 262 it gave them hope that they might be able to inflict some damage, but they were under no illusion about the final outcome. There was an extreme amount of experimentation in determining the best way to stop the bomber formations. For instance, there were several efforts to develop an aerial bombing solution, since the 262 could ostensibly climb to a higher altitude quicker than the escorts. But then the escorts just increased their ingress altitude, and neither the barometric fusing nor radio controlled detonation methods become reliable. It wasn’t until they adopted the R4M rockets that a viable solution was found. Everyone was working to find a technological solution and experienced flight crews were in short supply.

And the fires are not exactly big.

I haven’t spotted one YET! But I am using a mountainous area with lots of forests and hi-def ortho so I didn’t exactly set myself up for success.

I haven’t spotted one YET! But I am using a mountainous area with lots of forests and hi-def ortho so I didn’t exactly set myself up for success.

Hmmm. I still am unable to put these fires out. The “spraying” is working. The water level goes down, but the income and netprofit never go up. 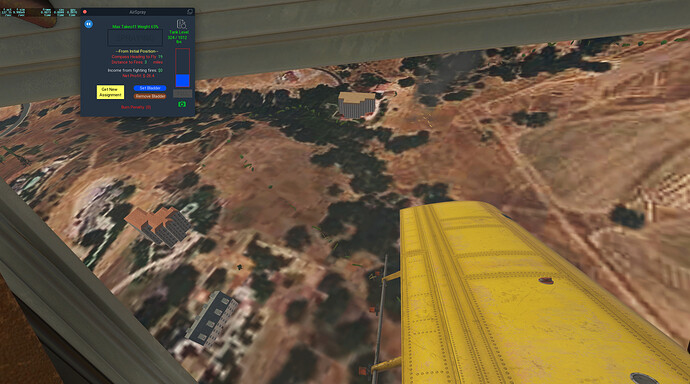 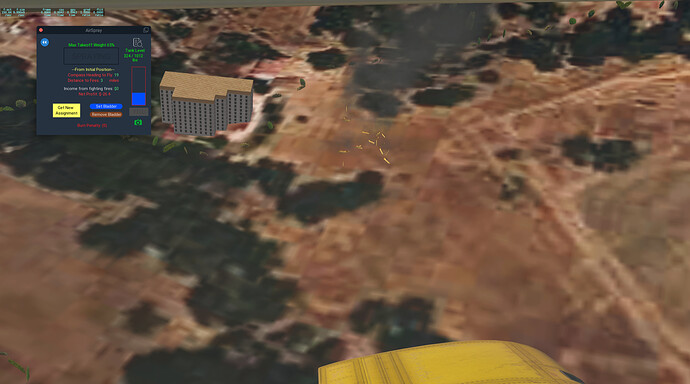 I just unlocked the fire fighting element. I used the Caribou as my tanker, and it took a lot of water to extinguish a patch of fire. Maybe the little crop duster isn’t going to cut it?

I am finding the plugin to be therapeutic. I put the news or the Tour de France on audio and run acres and acres of lines with the CBi. It’s constant work to do it right quickly. But it’s mostly mindless work that’s a notch or two above mind-numbing.

Sounds more and more like Farming Simulator. Not very complex ar all but oddly relaxing.

I put the news or the Tour de France on audio…

Bob Roll has turned up his nose at you. All his research into all the historical artifacts and buildings during this wonderful HD helicopter journey…and you…you just put him on audio?? Oh…the humanity…

I emailed the dev and he replied last night. He found a bug with the EMB200 spraying in all mission types except crop dusting. I haven’t tried firefighting with any other airplane or helo, yet.
He sent me a preliminary patch (1.03) and it works now.

Income increasing and fires going out. He asked me to not post the patch link so I’ll respect that. We should see it on the org store updates section, soon.

Now, is anyone good with modding XP files? I want BIGGER fires!

Bob Roll has turned up his nose at you. All his research into all the historical artifacts and buildings during this wonderful HD helicopter journey…and you…you just put him on audio?? Oh…the humanity…

I’ll go one worse than that! I love the Roll and Liggett show but commercials are forbidden in our house. We have been without cable for many years now and I just can no linger tolerate them. So we are subsisting on the more sedate ad-free coverage. Drifting further: same complaint about Lance and Hincappie. The product plugs are one third the show.

Yeah…I’ve become an expert at the SKIP 3 MINUTES forward feature on the NBC SN app. I have the option of watching the ad-free coverage, but I do enjoy the banter between Bob and Phil, and the occasional throw back to the studio to see if Christian and Horner are wrestling on the floor with fingers locked around each other’s throats. But if I see another Zwift advert or insurance commercial I’ll put my thumbs in my eyeballs.

It is doubly annoying since I’m paying for the Cycling Gold package or whatever…it would be nice if they could just go to blank screen during advertisements or just have no commentary but full screen during the commercials.

And yes, the Move is definitely largely Next Venture Capital’s commercial outlet…but the stuff between it is pretty darn funny.

I go back and forth between the two coverages, also making use of the skip button. It’s really hard to image that we have Phil Liggett in the States. I first listened to him and Paul back in the late 80’s during Lemond’s last win on Eurosport when I moved to Europe. NBC had coverage which I could get on Armed Forces TV (over the air) and cable, but it was Al Troutwig. He tried to educate the neophyte American audience (self included), but I found myself going back to Eurosport and the Phil and Paul coverage, which was infinitely better. Then I think ESPN absorbed Eurosport, which in turn was gobbled up by ABC. But I’m clueless on how the hell it got to NBC.

Anyway, Phil is an institution and we are blessed to have him. Miss Paul, as I’m sure many of you do. Bobka? I met him on top of Brasstown Bald (beyond H category climb) during the Tour de Georgia. He is a super nice guy and pretty damn big to be a cyclist. Have a photo somewhere with arms around each other. Funny as hell. 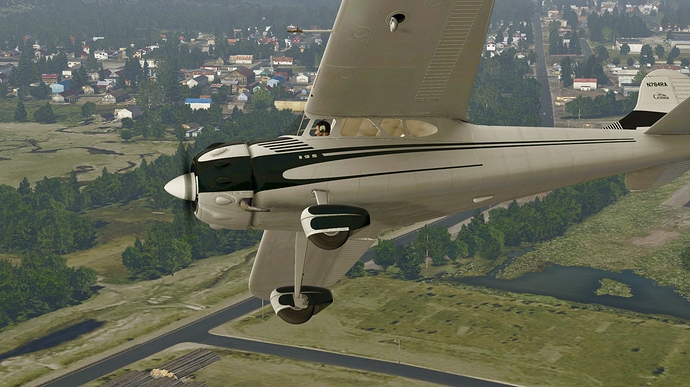 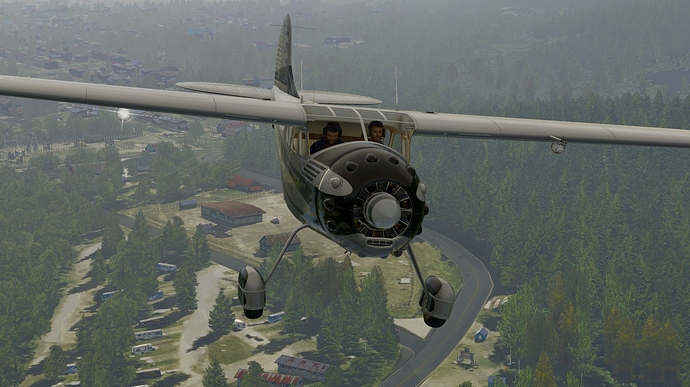