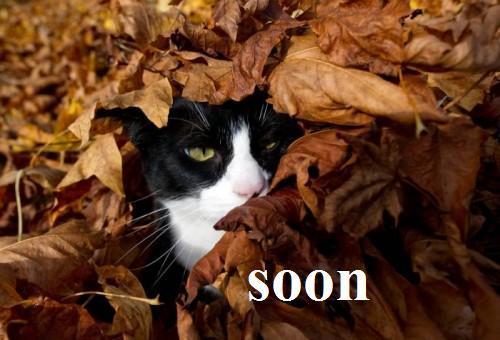 For the F-14 project, we realized that we’ll need to spend considerable time and effort with the development and research for the AIM-54 Phoenix missile.

Not only due to this weapons’ unique place as a weapon designed specifically for the AWG-9 radar system, its’ role as the tip of the spear of the USN air-to-air capability or even it’s amazing range and performance-- but also to ensure that any advantages and disadvantages of the missile are accurately reproduced and respected.

It’s quite likely that the AIM-54 will change the players’ experience in the DCS multiplayer environment.
Thus, we consider it of the utmost importance to have a wide breadth of open and readily available research available to the community.

We have no horse in this race except for historical accuracy, and with Tom and Márton at our side, we’re confident that we’ll get as close as anyone ever has.
Please enjoy their initial development report on the AIM-54 below;

Since the inception of the F-14 project, we have been working closely with Leatherneck to provide our expertise in providing the most accurate simulation for the AIM-54 that can be reasonably developed on a flight simulation game development budget. The iconic nature of the AIM-54 deserves this level of attention, especially due to its long range and advanced guidance systems; systems that were later incorporated into the AIM-120. It’s also very important to maintain strict accordance with real life performance parameters, so that historical advantages and drawbacks are accurately simulated and have the appropriate effect on the multiplayer environment.

As it stands of writing, we are currently simulating drag effects at different velocities and altitudes to ensure accurate drag curves. This is perhaps the longest part of the process as each simulation takes hours to run.

This simulation is based off of a 3D CAD model from which has been created based on reliable source material as well as high resolution imagery. The model has been imported into Fluent where a mesh creation, testing and validation process began and has now been completed.

Once all the simulations have been run, we are able to take this data and then use it to create velocity/time diagrams. These will be matched against literature estimates to revalidate the model.

Once established, we will then be able to write DCS code which will mirror the in-game missile’s performance to that which has been simulated. The final step is to then assist Leatherneck with their work in guidance and radar algorithms. The missile has the range it does, not just due to its huge motor, but also its advanced lofting profiles. These exist in the game at the moment, but will be significantly expanded, as their simplicity often leading to worse performance than level flight.

The first step in the process was to data mine as much as possible about the missile. Fortunately, due to its age and public interest, quite a bit of information is available. The most important information for us was the missile’s motor performance and dimensions, the latter being a relatively easy task if taken just from high resolution photographs.

As for the motor, there have been a lot of questions raised across the internet about the Mk-47 vs the Mk-60 motor, and which version of the AIM-54 received which- and why?

In summary, the first motor produced for the prototype was the Mk. 47, which yields 364lbs of propellant. The Mk-47 was produced from the mid- 1960’s up through and until ‘92.
In parallel, the Mk-60 motor was produced with 459lbs of propellant, obviously a much larger motor. However, due to rising costs, this motors’ production was cancelled in 1978.

What this basically means is that the AIM-54A had the choice of either motor, and by the time that the AIM-54C was available in the late 70’s/early 80’s, the Mk-60 was no longer in production. The motors were not retired, however, and some were still in service in limited number. As the years progressed, the Mk-60 was removed from service as service life came to an end and the AIM-54C and C+ exclusively used the smaller Mk-47 motor.

The simulation of the supersonic regimes was carried out using a density based solver with all compressibility effects and SST turbulence.

The mesh was created in a way so that it gives good shock resolution in the necessary velocity regions (M1-M4) and damps possible reflections from the boundaries.
The mesh uses hexahedral cells to reduce computational costs and improve accuracy.

The preliminary simulations managed to reproduce all expected shockwave behaviour and interaction phenomena. Currently, we are testing the mesh to make sure it produces the necessary mesh density convergence.

After this step is complete, we can begin the accumulation of data based on the simulations. 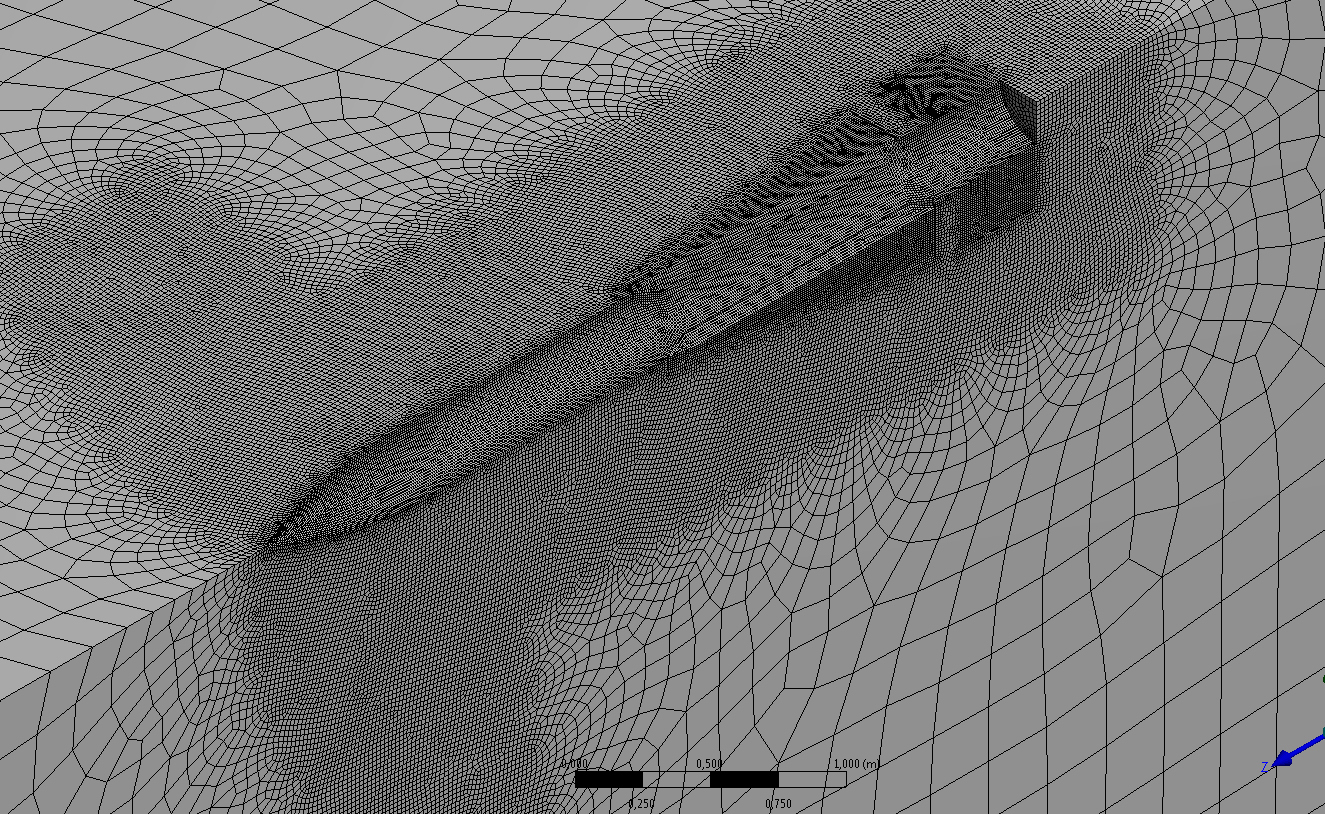 Figure 3. Oblique compression and expansion waves along the missile 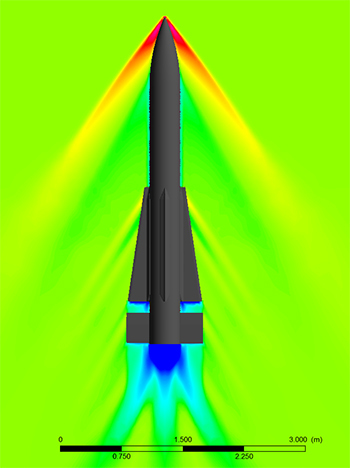 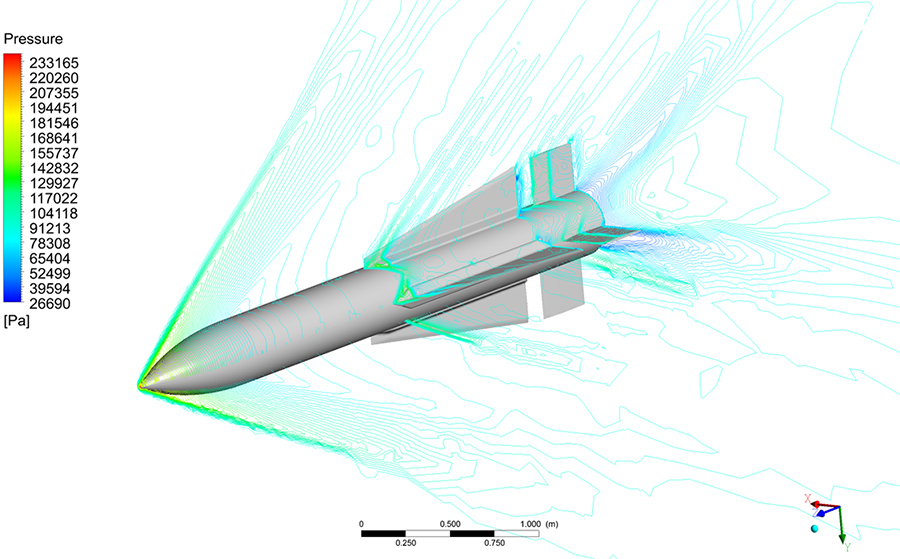 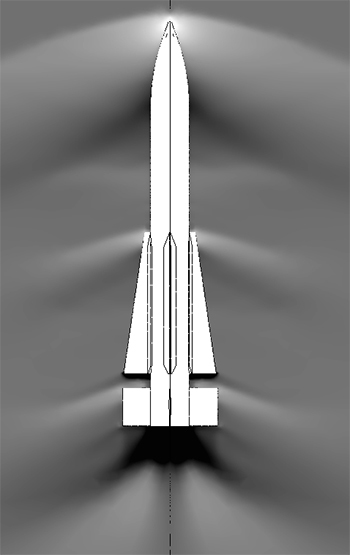 Once the simulations are complete and we are happy with their accuracy, we will create a DCS AIM-54 based on this data.
Iterative tests and benchmarks will be run at altitude to ensure that it meets the CFD modelling.

Once the missile matches like-for-like, we will begin to look at the guidance and lofting algorithms.
There are a number of sources that already provide clear examples of efficient intercept and guidance laws that include lofting, one such source is directly from the US Navy Academy, for the then new AIM-120A.

Beyond literary sources, there are SMEs’ willing to share their own accounts and insights into how the weapon is employed, and what we’d expect to see at different launch parameters.

There will be a lot of work and co-operation together with Leatherneck to ensure that the missile is expanded past current DCS guidance parameters.
This is the second most challenging part of the AIM-54’s development, but I am confident that together with the Leatherneck team, we’ll recreate this iconic weapon to the utmost realism and standards available outside of military contracts.

Many thanks to everyone for reading. The team is hard at work on all aspects of the simulation!

Thank you for your patience and support, always,

Oh my. That was sexy

That is a ton of great detail. Really looking forward to this.

Also that approach was not the -4 degrees requisite for a Nimitz class carrier, and did I see the indications of a flare there at the end?. Leatherneck, give me a copy. I’ll show you how it’s done

Bunyap was awesome enough to take the time and help us with releasing some very early carrier physics trapping and mechanics footage!

We’ve made a lot of progress over the past few weeks in implementing appropriate physics forces and other mechanics that allow for extremely accurate carrier trapping mechanics. This also brought with it a lot of work on the suspension of the aircraft.

If we all holla for @bunyap2w1 then maybe we can make him break an NDA!

OMG… I miss that video guys

Hi everyone, We just announced the AJS 37 Viggen for DCS. We figured you probably have a lot of questions about the Viggen and our other projects...

Development is progressing very well, with a slight dip in production speed due to the impending Viggen release. Mid to late 2017 is looking very likely, but we’ll keep you well informed until then. A HUGE amount of FM and systems work has been developed in the background for this Aircraft, and we are really excited to show it all off starting very early next year.

and here I was totally convinced we were getting in in 2016!

I hope they take their time and get it right. If what we’re suddenly seeing of the Viggen is any indication, it’ll be worth it.

it does have wifi though…