Hi, I’m RedBravo65 and I am also a collective pusher.

Pushing the throttle forward to cut into the air is crazy talk.

But this is how prop plane throttles work!

When I get a collective that I can lift up from the floor (and has a collective brake lever!) I will absolutely use it in the normal convention.

Photobucket | The safer way to store your photos

The safer way to store your photos

Until then, I’ll continue to use the “push forward to add power” philosophy on my controls.

Don’t be a pushover! Push your collective!
All of you, push collectively!

Proud to be a collective puller!
No gear excuses here, even though I used to pull collective on a non-FFB Microsoft Sidewinder and now pull the slider on my Thrustmaster T.16000m: not even a full HOTAS setup, but I do have rudder pedals.
I feel really good about myself as a chopper pilot now, thanks for your confessions everybody.

P.S. I pronounce GIF the way the creators want me to, instead of what most people consider natural. I’m still proud of that, despite that second site having some good arguments.

But this is how prop plane throttles work!

But that’s prop pitch, not throttle - and you’d pull it back

I have no input on this matter other than you’re all flying helicopters which are an affront to our Lord and saviour the mach.

No, what I am concerned about is having something as bulky as that throttle/collective monstrosity supported by something as flimsy as that crap brand of folding sheet music stand.

Yeah, it kinda looks unstable. But at least it provides the realistic way to pull the collective.

If you can’t pull it right, don’t pull at all! Instead push!!

No, what I am concerned about is having something as bulky as that throttle/collective monstrosity supported by something as flimsy as that crap brand of folding sheet music stand.

I tell myself that this is just a display stand, used solely for taking this picture, because there’s no way that’s a stable input platform.

I do admit it looks prettier than some of the other (potentially more functional) monstrosities out there: 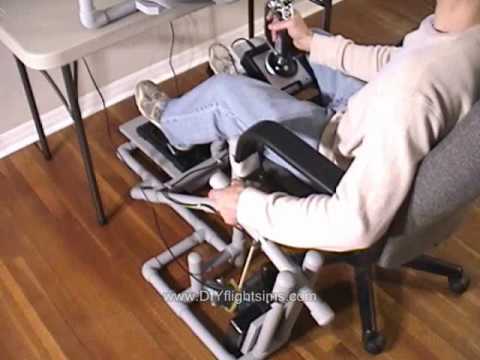 Is that plumbed in to provide hot water to heat the poor sim helo pilot’s hands?

I want to see what the pipe is doing on the table too.

and has a collective brake lever!

I have been trying to figure out a way to build something like this but I feel that it has to have a brake level (to keep the collective in the correct orientation if you have to take your hands off of it). Any idea how it is implemented?

Personally, I don’t need a real brake, just the input, but that would be a nice touch!

I think a real brake is needed to avoid the collective falling down, unless you have enough space to balance it with a counter weight.

Or perhaps a higher priction, but making an actual brake lever is probably easier.

I pull this up, when space is an issue or for short unplanned flights its a push throttle to lift in the huey and pull back to lift in the Gazelle. The Pain arghhh

Funny somewhat related story - many years when I started training in a Cessna, I spend a lot of time in WW2OL driving their tanks. I used rudder to control left / right / go and stop. For some reason to me it made more sense to have “rudder left = move right”. So after weeks and weeks It became natural…Then a flight lesson happened. Instructor taxied aircraft out and gave it to me on hold-short line…Boy, did I surprise him and myself when instead of what should have been uneventful taxi turned into “WTF are you doing” moment. Needless to say when I got home, I reversed controls. So…throttle forward = more gas.

For some reason to me it made more sense to have “rudder left = move right”.

I’ve had this discussion/argument with several folks before, so you’re not the first!

I used to Pull but now Push, a sort of sim concession I make flying Helicopter and Aircraft types, my old brain confuses easily and this helps

If there was an affordable Helicopter collective control unit I’d make the effort to become ambidextrous “that” way though, really surprised the likes of Saitek, CH or Thrustmaster have not thought about this.

I know some high end collective controllers are available, but all are out of my budget.

So @BeachAV8R, as the grand Mudspike inquisitor of accuracy in collective representation, when can we expect a review ? 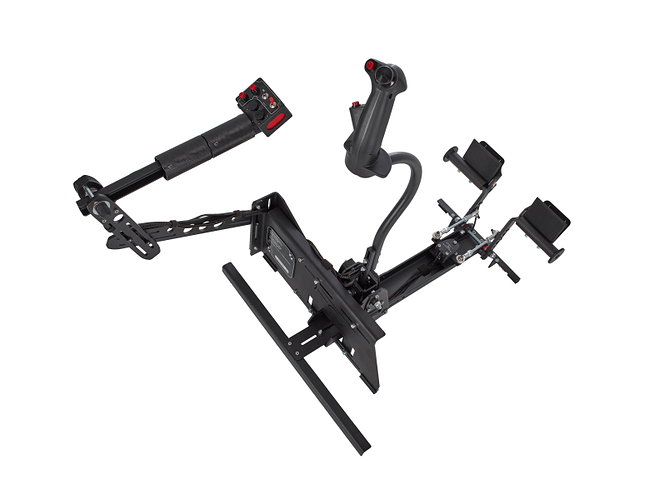 For those who insist on using a regular flight stick/hotas throttle controller and pull to apply power/lift in a flight sim setting … this is what you look like:

So @BeachAV8R, as the grand Mudspike inquisitor of accuracy in collective representation, when can we expect a review ?

Oh man…that there is what you call an investment! LOL… Until I get a garage…that one would be a hard sell…

I figured I ought to put this here:

Recently, I got to fly in an helicopter simulator with the full cockpit and legit controls (cyclic, collective, pedals, etc.) and I actually struggled for a little bit to get the “pull for power” concept down. Maybe for just a few minutes, and I eventually got it down pretty well (insert smug look here), but the very first time I inverted the controls I instantly thought of this thread and I swear I could hear @BeachAV8R’s haughty laughter over the radio.

I don’t know if this a product of my years of conditioning with the desktop throttle or just being introduced to a very different controller style (a collective doesn’t look anything like a desktop throttle!) but I will definitely concede that my brain struggled with how to make that thing work!