Ever since the beginning of flight sim time, I’ve flown helos the way they are supposed to be, with the collective mapped to increase rotor pitch by pulling the throttle up or toward you. Once in awhile I hop in a sim where I have to reverse my throttle input because I’ve been flying airplanes (ie: X-Plane) and forget to set it to collective or reverse it. It is amazingly difficult to try to get your brain to function when you’ve trained it for decades that pull is pull pitch…LOL…even though you know your controls are screwed up and you know what you need to do in that situation…I still crash a million times just having fun trying to make my brain unlearn that ingrained motion.

Any-who…random thought of the day…

I have the same problem, but inverse: I’ve always flown what you’d call an inverted collective, so when I fly someone else’s rig with a pull-to-lift collective, my brain refuses to adapt.

You push to add collective??..oh…the humanity…

Hear hear einstein, i can handle fine though, until my brain needs to make a series of quick adjustments.

To be honest, I also push the throttle stick forward to add collective.

Forward on a throttle means more (except in some real life WW1 planes IIRC). In case of a collective more is up, so of course forward is up.

I have no problems with a real helicopter collective stick. That one moves up and down and of course up means more. But my throttle doesn’t move up and down. Moving it back for up/more is as wrong as moving it forward.
If I ever mount my throttle vertically because I mainly fly helis (unlikely, but whatever) I will invert it, because up means more.

It is like with motorbikes, some italian ones have the gear box inverted. You get used to it after a short time.
But perhaps it depends on your age. Maybe you are just too old to change

You guys have the right to be wrong…

To be honest, I also push the throttle stick forward to add collective

Same here. I mentally map it to adding power. In a fixed wing aircraft, you push forward to add power, and I figured the same for a helicopter … coming in too low? push for power

Granted, if I had an actual collective ‘push for power’ would not map in my head. Who is going to push down to go up?

BeachAV8R stands no chance, he is woefully outnumbered already. Whàt is he going to do?! Fart in our general direction!

I’m thinking temporary ban while I put up a poll that I can manipulate. The data never lies.

Hi, my name is EightBall and I’m a “collective pusher”

But I do have an excuse for that, since I don’t have rudder pedals, I use the friction slider on my TM warthog for rudder inputs. Typically, the base of my hand rests on the aft part of the throttle base, my thumb deals wih rudder and the rest of my fingers “grab” the right throttle lever.

I doubt this will change once I get pedals. I don’t think it will be too hard to adapt if I buy proper helo controls, like Komodo, but I’m not sure if this will happen before or after I get elected president of the world

Map of “Collective Pusher” virus spreading. A true horror story in the making.

We are the borg, resistance is futile 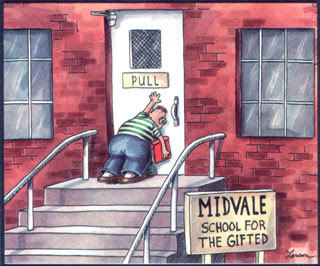 Finally found a video of some intelligent guy manipulating the HOTAS the correct way. Way to go COOL GUY…!

Thank God…another normal person. Kudos to you collective puller. That makes two of us…

I think you are in a feedback loop @BeachAV8R .

The natural thing on a Jet is to go full burner and enjoy the need fot speed (full forward). The natural thing in a chopper is to leave it on the ground because it’s a device from hell invented by a crazy man. Hence throttle full forward = default helicopter setting.

I am not a good flyer by any means, but I’ve always had the helo mental model ok of pulling that collective up being a direct way to turn those blades up top so that they cut into the air and give me umpf. If they are flat they’ll spin fast, but if they angle as I pull up and push air down, then I go up, causing torque on the spinneys. It helps visualize an autorotation too.

Pushing the throttle forward to cut into the air is crazy talk. Cats sleeping with dogs kind of stuff. Slippery slope…