Perhaps a Mudspike run space station is in order.

If they pull it off it’s going to be awesome.

Watched a few of the videos on their YouTube channel, I could see myself loosing quite a few hours of the day playing this game.

Looks like there is going to be another let’s play by the devs today.

A lot of good information released today. Really thinking of picking this one up sooner rather than later. The ability to play on a private server makes me really interested.

Hellion will be going live on Friday, February 24th. We’ve also done some calculations on your behalf to account for different time zones. Exact release time will be: 10:00AM PST, 01:00 PM ET and 06:00PM UK. In addition Hellion’s Early Access price has been set at 24.99$.

There are also some other things we want to mention, so stick around the blog a bit longer, we promise it will be worth it.

As many of you know, we have been keeping a close eye on our still small but rapidly growing community. There are many different discussions and many great ideas you have shared over the past few months. Two ideas we’ve found were rather prominent: private servers from day one and immersive voice chat/radio.
Part of our development team was tasked with implementing these two features ahead of our original schedule. It was a tall order as our teams already had their hands full with reading Hellion for launch, so finding time to work on a few extra features did stretch our resources to the limit. But we’ve done it anyway. Now we are proud to announce that both private dedicated servers and in-game voice chat will be available at Early Access launch.

For servers, Hellion will have dedicated public servers, privately rented servers and players will be able to host their own servers.

There were many ideas about voice chat and radio, so we’ve decided to implement a few suggestions. Proximity chat is handled pretty much as you would expect it, everyone around you can hear your character talking. But what happens when you want to talk to someone outside the ship or in another room? That’s where the short range radio comes into play. All helmets have a built in radio system that allows communication within a certain radius. As per community request, your voice will sound slightly distorted over the radio. In addition, as you move further away you will start hearing more static over the com, until you get out of range completely.

Also, keep in mind that radio is still a work in progress and that we plan to continue developing this feature during Early Access period.

Perhaps a Mudspike run space station is in order.

We put Mudspike in charge of supplies for the station…so we have plenty of beer. But not enough oxygen…

So this goes live in about six hours, I’m very tempted to break my “no early access ever” rule. Anyone else?

Interested in it @Toppometer but i have the same rule now after some burned fingers. Happy for you to be my guinea pig. 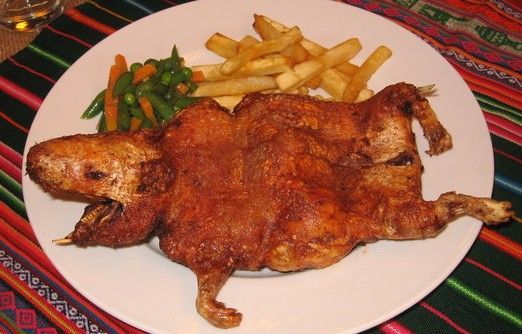 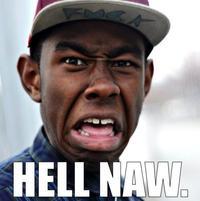 Hmm. Maybe. This seems like a major time investment, and I’ve got enough of those.

Hellion has a lot of potential, I really like what they have done so far. Played for a few hours last night and I can tell you that there is no hand holding in the game right now. I do like checking everything out in the ships and seeing what works and what doesn’t.

@Tankerwade joined me last night for a bit and we had a good time trying to not kill ourselves. It is cool working together to get everything working and keep it up and running. I’m going to jump back on today and test out docking the modules up and take the ship for a spin around the void.

That being said, it is early access and not all of the content is present. Right it’s just base building and searching for parts to keep everything running. I can say that we played for a couple of hours and nothing broke down or stopped working. I know parts degrade over time and survival is part of it, but right now it doesn’t feel like all you are doing if hunting for reasources on the verge of death all the time. I felt like I had time to sit and enjoy the environment and how atmospheric everything feels.

Been watching all the you tube videos as well as taking info like yours and talking to @Toppometer.

Really interested in it as i like newtonian fames and orbital mechanics. Still not sure if i want to pre alpha it yet, but its wetting my whistle

Here are some screens from last nights space surviving 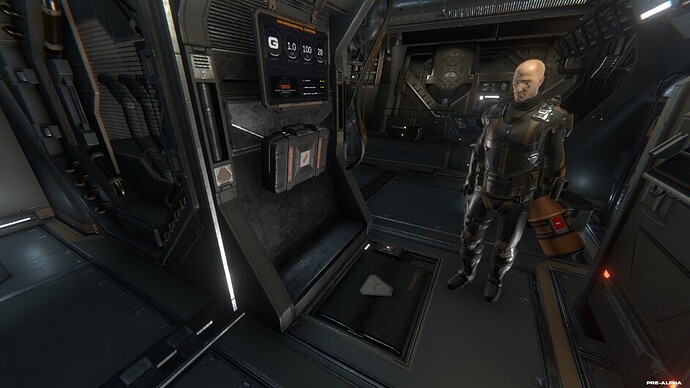 We’re gonna need to make sure the air stays on… 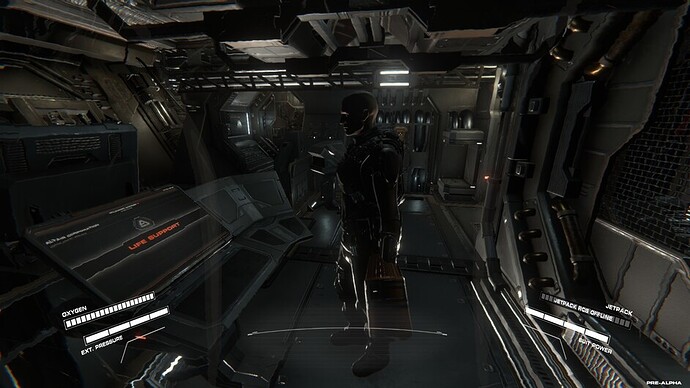 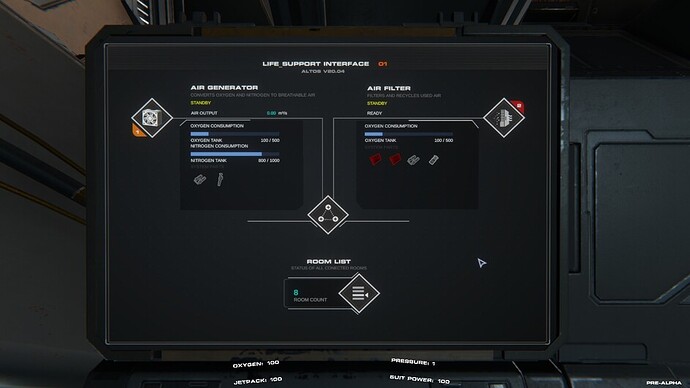 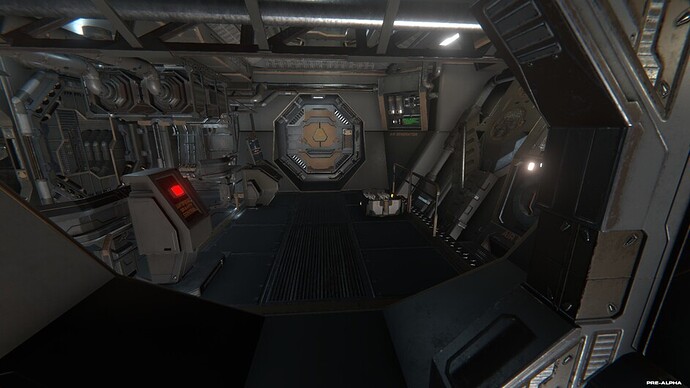 Ok suits are on, lets head to the airlock… 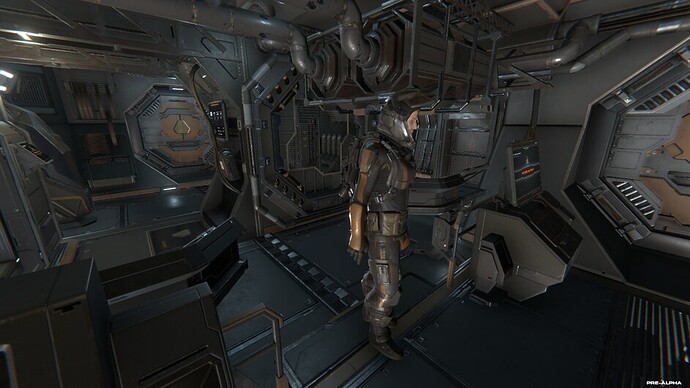 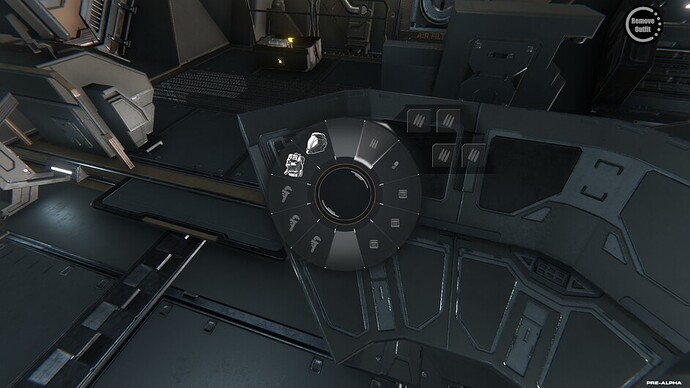 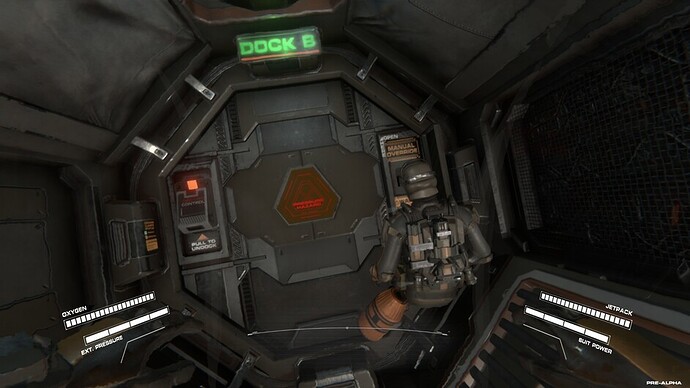 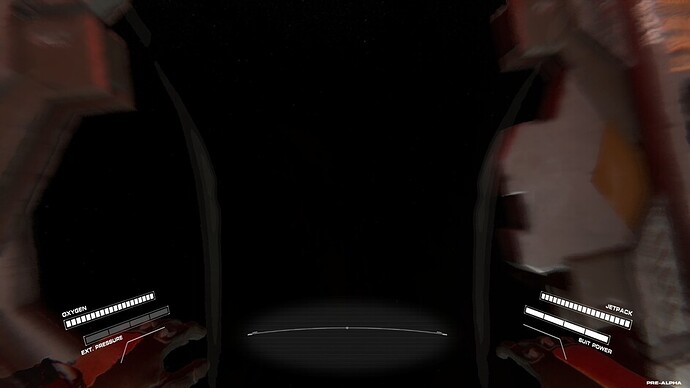 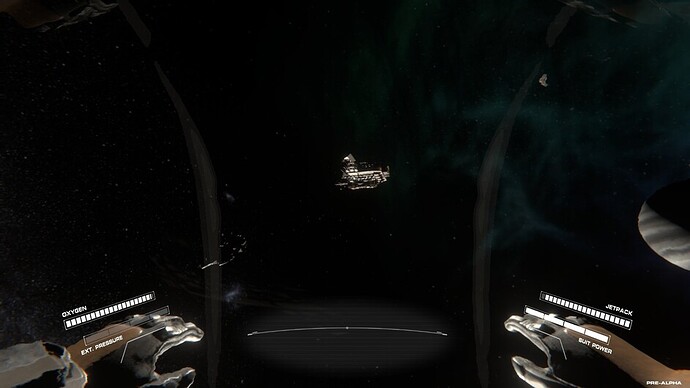 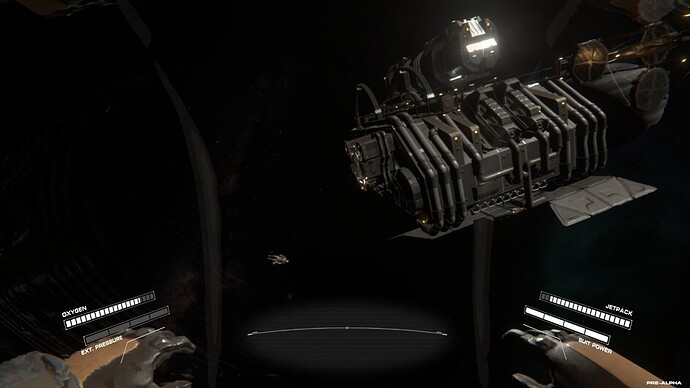 Heading to the ship 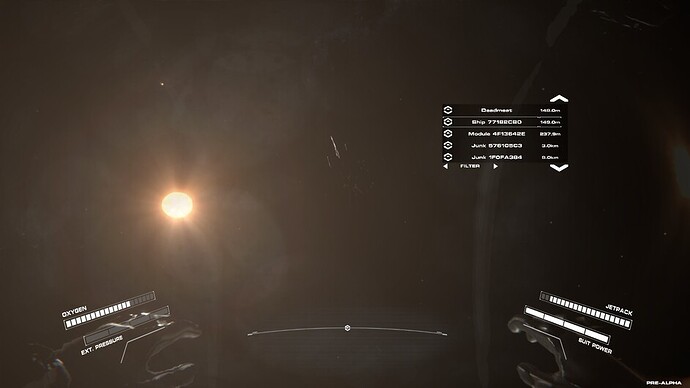 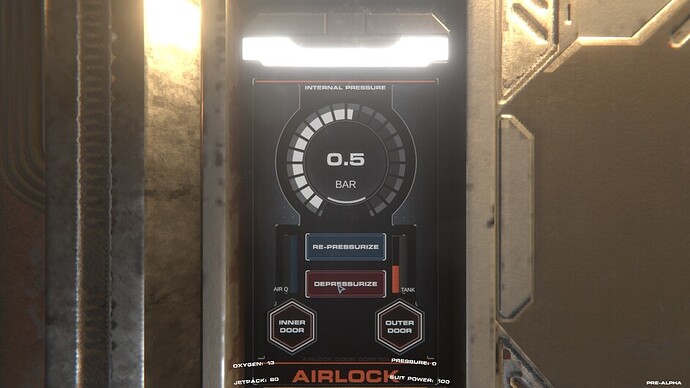 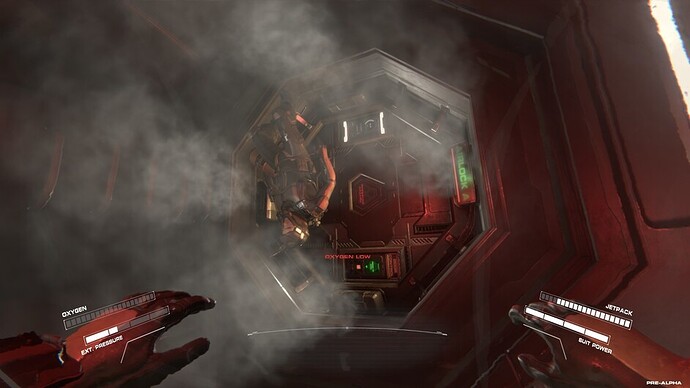 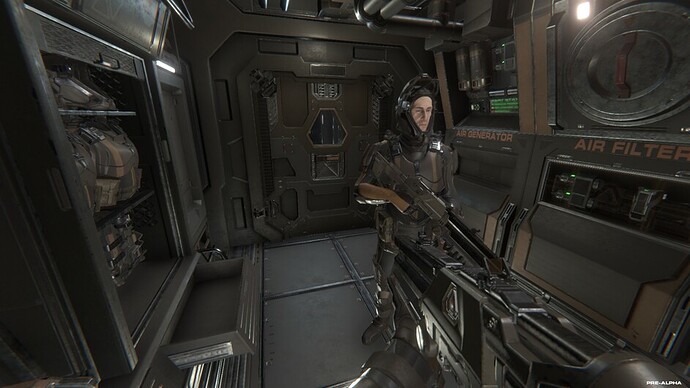 EVA swim off the back deck 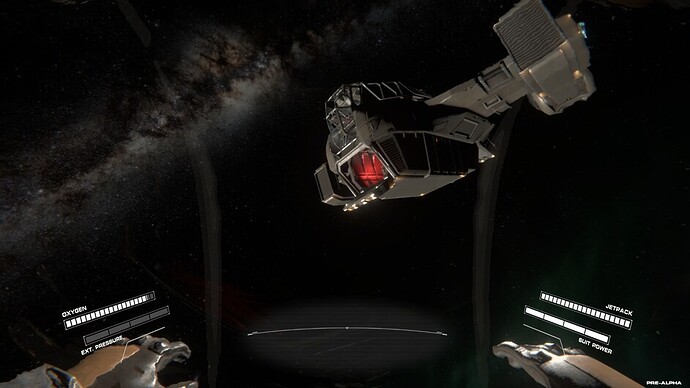 Alright Deadmeat. Third star to the right, and straight on till morning… 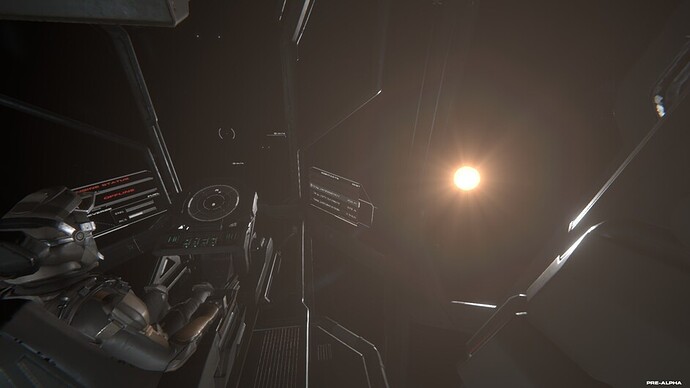 For the cool cats who did buy it, I have a Mudspike Server up. All are welcome, I make 0 guarantees about performance, uptime, yada yada.