How to Take a Screenshot In WMR VR

Bit of a cryptic one, so I’ll do its own post as easier to find/google.

On the VR hand controllers you press and hold the ‘Windows’ round button, then click the controller trigger - it’ll make a noise and show a white circle (use this to position the frame, as it only does a 1080p capture in the middle). It’ll put your captures in your default ‘Pictures’ location under a ‘Camera Roll’ folder.

Some shots from VR just now: 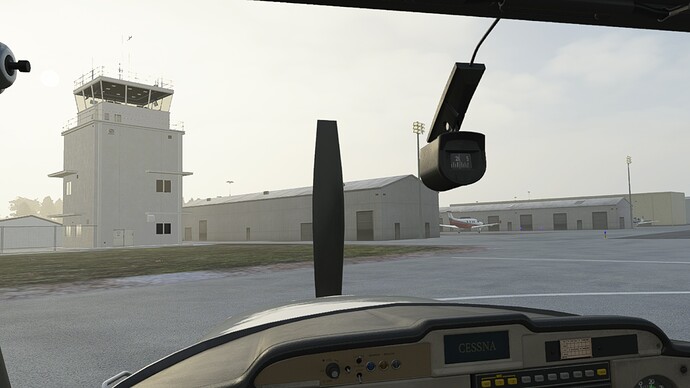 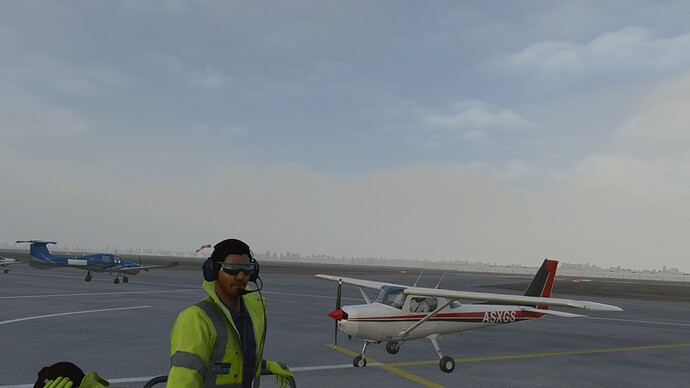 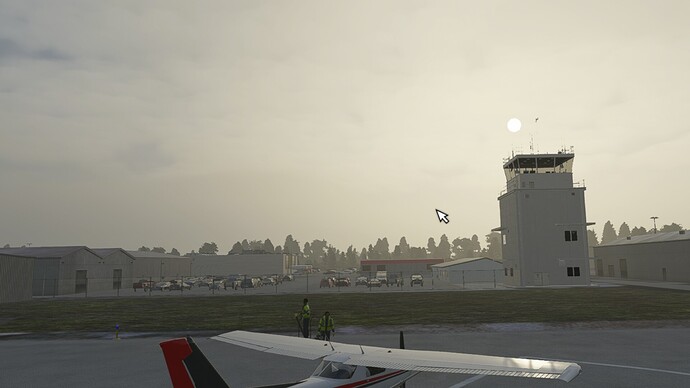 Thanks for that FF!

Here’s a couple from a quick Mach Loop run. 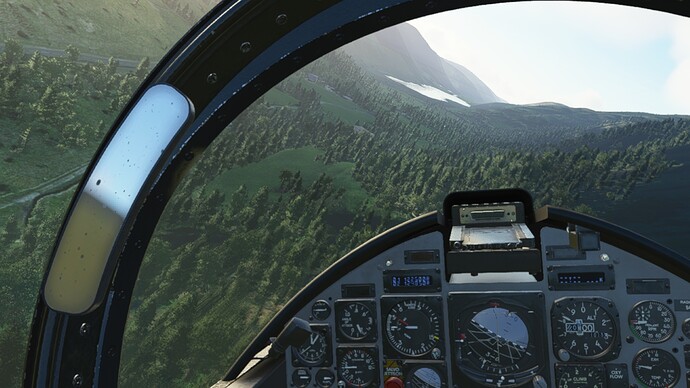 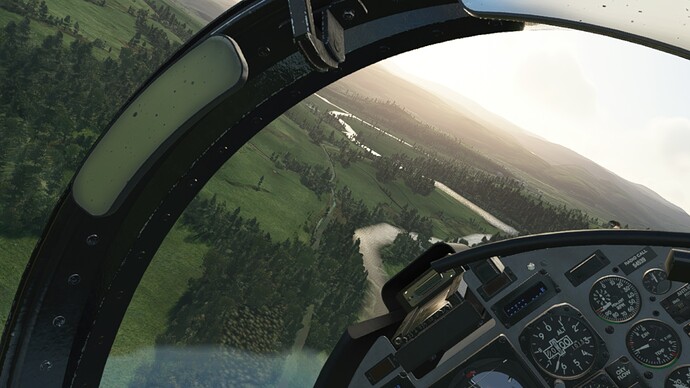 Normally when we press the WMR ‘Start’ button on a controller an overlay menu appears, but that seems to be broken using OpenXR. I miss the ability to open up Desktop/other windows and overlay them in VR in MSFS, so hopefully this gets fixed up beyond v1.05.

So, when I was giving it a try for the shots I posted above, I found if I quickly pressed and released the windows button, then the options window popped up, but if I pressed and held the button and hit the trigger, a screenshot was taken. I guess it comes down to how you press the button, much like taking a screenshot on an iPhone.

Yes, it’s a bit fiddly but I’m getting the hang of it. 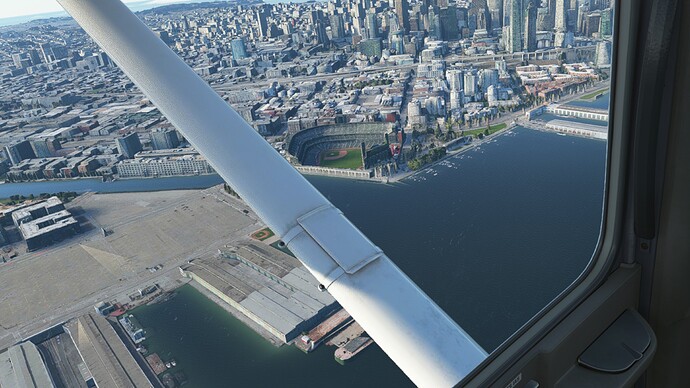 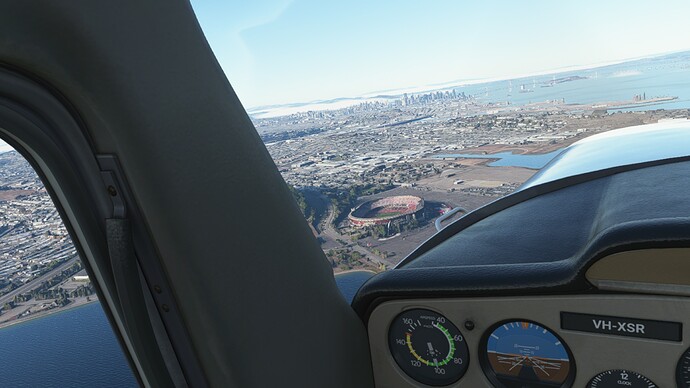 Looking down is great in VR. Wheel looks nice and shiny. 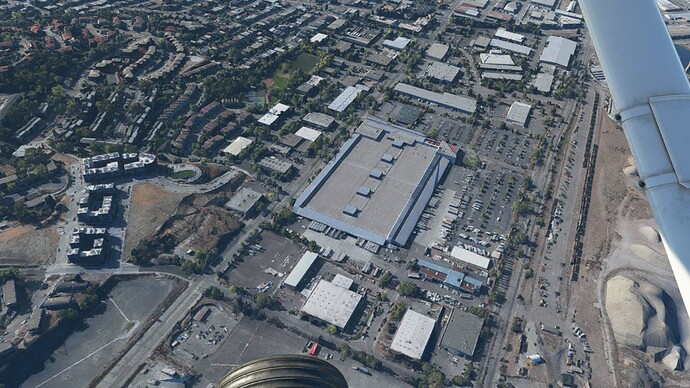 Hmm, my RPM gauge is broken - was just trying out C152X Realism Mod but maybe some bits aren’t working so well. 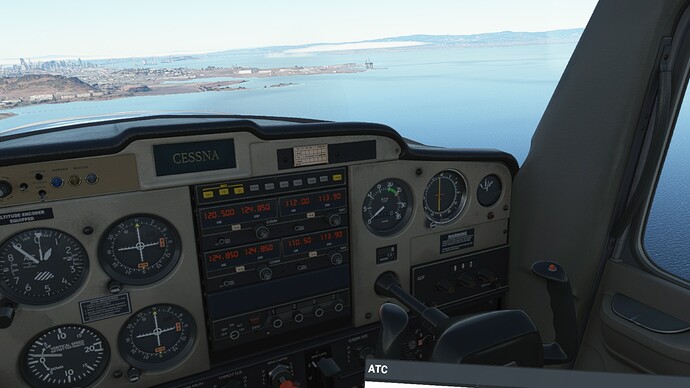 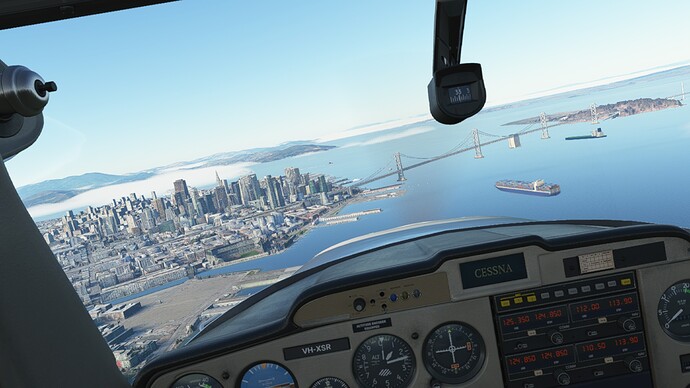 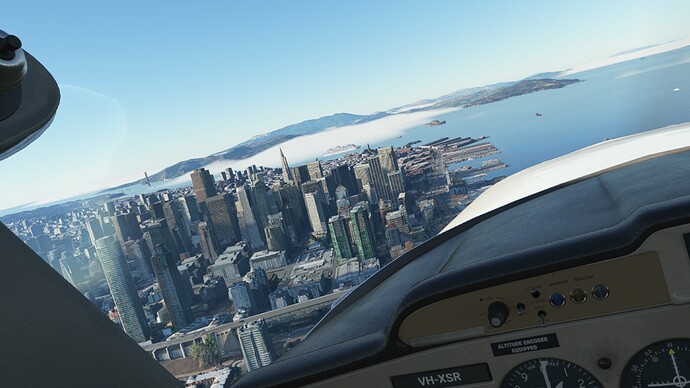 I have to try if something similar exists for the Rift

I think the Oculus Dash when brought up has a screenshot button? Not sure if that works in Oculus OpenXR as yet? Here’s a list, including the funny SteamVR combo of buttons: 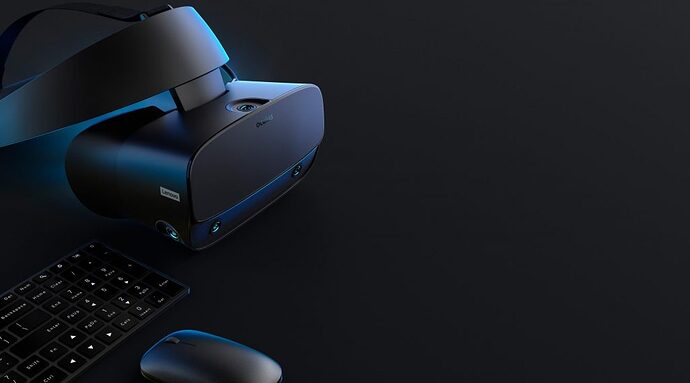 How To Take A Screenshot In Virtual Reality

Were you playing a VR game recently and wanted to capture something you saw? Here's how to do so on Quest, Go, PSVR, Rift, Vive, and Index.

What is quite striking (to me at least) is that with various settings turned down for VR, the visuals are still pretty amazing. This is blowing away XP11 with OrbX TE scenery when it comes to VR, on my system at least. I’m rethinking the need to upgrade my system right now… well, for a few months at least.

I agree. There’s still lots to do on the ‘platform’ and a whole bunch of good aircraft to turn up, but sometimes this sim is absolutely breathtaking. I’m either in VR or on a 4k monitor with TrackIR and it’s a blast.

The weird thing is I can fly anywhere in the world but still stick to routes I know. I think I need an intervention to get exploring a bit more. I’ve not really checked out the Japan scenery update, so I might try some flights over there.