I gave the first episode a go tonight, I enjoyed it. We’ll see how the rest go.

I did happen to pause at this particular frame to let the dog out and it makes me wonder: Does Amazon not proofread at all? 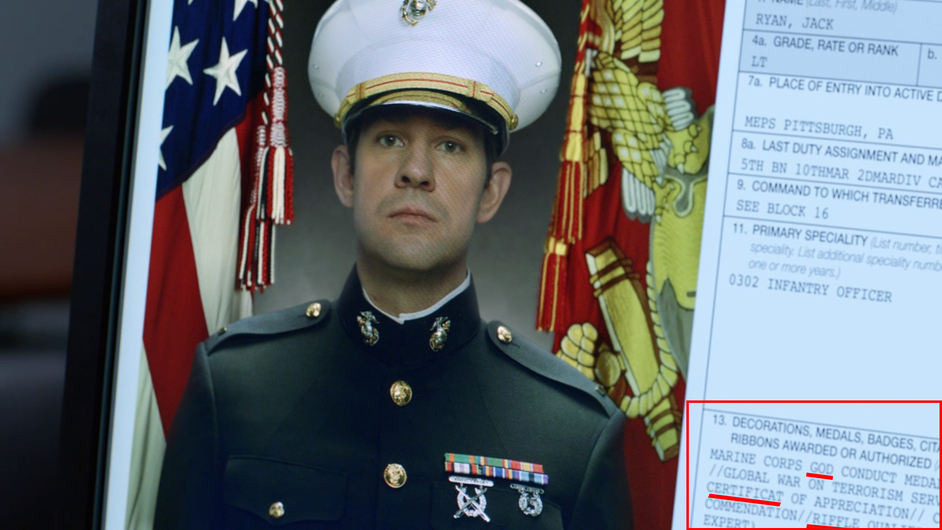 Then again, it’s a Marine FITREP so maybe the typos are actually more realistic.

Where can I watch this?

Edit! Ah! Amazon!
Never heard of a series. Is this the Jack Ryan of the Tom Clancy books (and movies)?
In that case his full name should be John Patrick Ryan

Where can I watch this?

Edit! Ah! Amazon!
Never heard of a series. Is this the Jack Ryan of the Tom Clancy books (and movies)?
In that case his full name should be John Patrick Ryan

It is on Amazon, I’m only an episode in but it appears to be a reboot as the backstory has changed a bit for both Ryan and a couple other characters you may recognize.

It just came out, I’m not 100% sold but I like John Krasinski in the role and I’m giving the series a shot.

Also, having the rank of “LT” implies Navy but, you know, 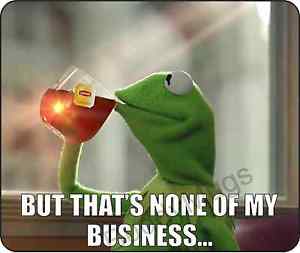 Does Amazon not proofread at all?

Not Amazon, but an overworked or negligent Marine clerk typist, who made a few errors on Jack’s DD-214, if I had to guess. Like you said, they probably got that right.

I’m 5 episodes in and enjoying it so far. Not perfect and there appears to be a political agenda at times. I guess the content would be hard to convey otherwise. But it’s good entertainment so far. Worthwhile, IMO.

In the fight in the prison cell where Jack forces a standoff with the two terroists by pulling the pin out of a grenade, why didn’t they just step to the door, tap him, and run for cover?

EDIT HELP I PUT A SPOILER BUT THE SPOILER TAG DOESN’T SEEM TO WORK! Sorry!

Edited by moderator: you need tags for every paragraph.

Thanks to a bad flu

i binge watched it!

It’s not perfect, but enjoiable!
It doesn’t stick to the old moovies or books (i read 3 or 4 not all) but seems more a what if rayan was born now instead of the cold war, and it makes sense.

It’s not just packed action and intelligence, but it also rises some questions, unlikely it doesn’t take the time to replay to them!

Like when he’s asked why he stays in CIA knowing how bad it is! Jack just replay he wants to change it from inside…

The political intrigues inside the Cia are too easily resolved.

Last problem is everything too easy for Ryan and he’ll solve himself all the situations! His team is just there almost doing nothing! Also in the novel he was always in the right spot and it was fun following him from the office to almost the first line, that’s a stong point of the character, but you always felt he was a cog in the machine! In the series he’s the superman solving all by himself!

Apart from this porblems love the brand and enjoyed the series…

I got to Episode 6 last night. Enjoying it immensely so much so that series 2 of Goliath is on hold for now

I’m giving it a thumbs up. Greer can shoot! And Cathy sure gets my attention.

Just finished the series. Pretty good, well worth the time. Sure, there are some plot holes and some really?? moments, but those can be overcome.

Those location shots were pretty cool to view as well, especially on a 4k tv.

Good to know. Unfortunately my wife gets the 4k tv so I’ll be watching in my phone. Ah well.

Does Amazon not proofread at all?

(SARCASM ALERT) No that’s correct. The Marine Corps God Conduct Medal is present by God to worthy Marine recipients. One morning you wake up to find another ribbon, the God Conduct Medal, has miraculously been added to your your uniform. Of note, there is no Navy God Conduct Medal…or at least not Navy officer or sailor has ever received one…probably because we curse so much on deployments.

What his photo shows is that he has earned the Navy & Marine Corps Achievement Medal (the top left ribbon). As expected the red/yellow ribbon at the top right is the Armed Forces Service medal, given to everyone who completes there basic enlisted or officer training…which is why it is also known as the “I was breathing” medal.

Back to the written portion…block 4a, GRADE,RATE OR RANK list him as an LT…which is the abbreviation for a Lieutenant in the Navy (O-3). The USMC uses the same rank names as the Army & Air Force. His single bar rank insignia (Gold or Silver?) would place him as a Second Lieutenant (O-1) First Lieutenant (O-2), abbreviated 2ndLt and 1stLt respectfully, in the Marine Corps. Each service abbreviates their ranks differently. The Army and Navy us ALL CAPS such as ENS, LTJG, LT, etc. for the Navy. The USMC and USAF use mixed case, but not necessarily the same abbreviations.

The only potentially confusing rank is “Captain” which is O-3 (twin silver bars) in the Army, Air Force and Marine Corps and O-6 (silver eagle) in the Navy.

Fortunately, confusion is avoided by how they are abbreviated. The Army abbreviates their rank of Captain as CPT. The Marines and Air Force use Capt. The Navy uses CAPT.

Then again, it’s a Marine FITREP so maybe the typos are actually more realistic.

Yeah…actually it is some kind of personnel card (computerized now). I have written several Marine Corps fitness reports and they are rigidly demanding…and they have a spell checker built into the FITREP app.

and they have a spell checker built into the FITREP app.

What a novel concept. I love copying everything into Word to check spelling.

He was pretty good in “A Quiet Place” too.

Going from the Office to action roles does seem an unlikely transition, but he seems to have pulled it off.

and they have a spell checker built into the FITREP app

What I wouldn’t given to have this built into the eval-writing process… Who knew that spelling and grammar checking brag sheets would be required for being an LPO?

When did you get out? They had a spell check added for a few years before I retired. The only issue was that you had to teach it acronyms. But once it learned it, it was the gouge. (For non-Navy types, “the gouge” means either the true, inside, always undocumented info (i.e. “the gouge for making a chocolate and vanilla autodog is to switch it from one to the other while keeping the handle down”) or something that is really, really good ( i.e. chocolate and vanilla autodog is the gouge).

Also known as “the McDonald’s Medal”

When did you get out?

Went on Terminal in January of 2009, but the last evals I wrote were in 2006- career recruiting force E-7’s didn’t like fleet returnees writing evals for their people, but that’s another story.

Is it just me, or did they kinda just ignore the fact that Suleiman told his son the enemy killed his mother, and then talks about bringing them all back together, with no sort of explanation for the change or whatever… I mean there’s a bunch of implausible things in the show, but you’d think the son would be upset his died lied? or it would at least be addressed lol

I haven’t finished it. I will. So far it seems to be typical Hollywoo. Not terrible. Just needlessly bloody and predictable. Tom Clancy’s Jack Ryan was more interesting. He was scared and brave and clever. “Jim’s” Jack Ryan is a super-hero who in some scenes actually looks like he’s wearing Marvel spandex.

My wife has an excellent theory about movies: if the makers title a dateline on the bottom left of a scene-opening with the sound of a computer keyboard (“Sana, Yemen, 1604 hours”, “click, click, clickety-click, beep”), it is probably going to suck. (She’s a harsh judge of American film