So I just came from another forum where a member asked how can he practice and prepare for the DCS Viper. It was obvious that people were hinting using BMS to practice. Sadly, no one explicitly stated it for various reasons. I thought about posting but decided to play it safe because of things I’ve heard in the past. Is this what the hobby has become? Could it be just my perception on the state of affairs?

This bothers me a bit because I remember a time when we could talk sims, without fear of being banned or ridiculed, as long as we kept things clean. It didn’t matter what sim you flew. We played in the same sandbox united by our common passion for sims.

Well that’s what Mudspike is for! Talk sims, share stories and help each other out. I remember Falcon 4 fondly - warts, crashes and all! The main reason that I don’t fly it at the moment is, well, I’m lazy. There was a lot of config that you had to do for your controllers but I am relatively certain that is no longer the case. So it’s me being lazy

I really appreciate what Falcon 4 offered. The dynamic campaign was simply spectacular. I know I have said this a hundred times on a number of forums but I have strong memories of flying a bombing sortie and being diverted to help the CAP out. I remember thinking to the AWACS: “You want me to do what now? I’m not ready for that!”. The Viper systems were also top notch! I was amazed at the depth of the systems offered and didn’t care about their accuracy, only that someone had taken the time to give me something so deep! I missed out on Falcon 3, so my earlier sims were much lower fidelity.

DCS is where I spend my time now, with amazing deep systems modeling and excellent flight modeling (from this armchair pilots static-seat feel). I love the variety of things that I can fly and do. I love being able to script my missions relatively easy - but then I put some time into making a .lua script that could help me achieve some level of dynamic feel for my training.

I feel that Mudspike is a beautiful jewel for the hobby. We can talk about and share the things we love and, hopefully, stay away from the rants and vitriol and respect each others position. There are other sites focused on the specific sims, so I am sure that anyone looking for Falcon 4 help will be able to find those resources. Feel free to start a thread to share them!

I wish that we had more people who were engaged and vocal about flying Falcon 4. I would be there myself but, well, there is a lot of choice to be had and only a few hours a day to do it all in!

The DCS forum is moderated tightly. They have their reasons to do so. Free speech ideology does not apply.

BMS is awesome. I have many fond memories of it and if they ever manage to get it to output to my rift I’ll be all over it again.

Its no use focussing on things one doesn’t like. The return on investment is too low. It costs time and energy and all it yields is frustration and bad vibes.

So welcome aboard and post an awesome Falcon 4 AAR in the appropriate section, we’ll love it!

Many people tend to use their sim of choice as a benchmark for everything, be it systems fidelity or just “how it should feel”. To a sim developer, this source of information often does more harm than good. I mean, I can sort of understand why the rule is there, even if I don’t like it.

I’m currently learning 4.34 its phenomenal to the point that I’ve changed my opinion on buying the viper for dcs.

I’m buying it as soon as I have the funds. And I’ve explored this amazing campaign

That’s one aspect, the big elephant in the room though is that despite all our efforts to keep the threads amicable, some people would use them as an avenue to either bash DCS or BMS. Personally i tried really hard to keep the good will up between these two communities, but some people just like to see stuff burn. Even the BMS folks have resorted to shut down the long running DCS thread on their board because people just couldn’t discuss amicably.

Yep! That’s my observation as well.
It’s perfectly ok to have a favourite flightsim, but why some people can’t accept that others have another favourite, is beyond my comprehension…

That said, I can understand why a flightsim developer doesn’t want discussions regarding other flightsims, for many reasons.

I get the point people are making. Still, in the specific instance that prompted me to post, I see no harm in someone saying practice with BMS until DCS Viper comes out. It will not create a disturbance in the force, IMHO. Naturally there will be a few differences between the two but at least the simmer seeking help will most likely develop and understand some fundamentals before purchase.

I personally believe both communities can coexist but I understand there are those that can be fanatical. I remember a couple of us being blasted in a BMS-related group for stating that we are looking forward to DCS Viper. Man, you would’ve thought that we committed treason or blasphemy. I prefer P3D over X-Plane but I don’t run around hating on people who have fly X-Plane. I have both but spend my time in the former. Why can’t people respect that some folk like vanilla while other prefer chocolate (or rum raisin, in my case).

Anyway, it is what it is and I’ve found my happy place here on Mudspike.

It will not create a disturbance in the force, IMHO.

Those threads attract the wrong kind of people, they are like a fresh steaming pile of **** to flies. There’s just two ways to deal with it:

ED have opted for option 2 and that’s their prerogative.

It will not create a disturbance in the force, IMHO. 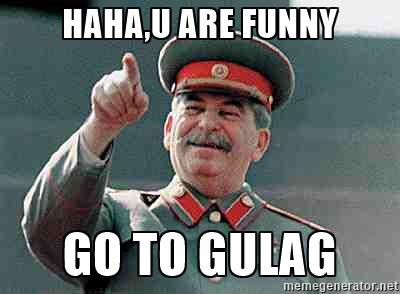 Simulation fans can get really unhinged at times… shudders

I’ve seen that happen before. I’ve even seen people call actual features or characteristics “bugs.” I remember a sim I bought years ago called, Back to Baghdad" The Viper that was modeled bled airspeed realistically compared to sims like Falcon 3. People who could not accept that fact complained the sim was buggy.

I was blessed to be able to communicate with pilots and engineers who verified the B2B flight model as the most accurate at the time.

Anyway, I think the response bug reports (or comparisons) have become isolate rather than educate.

ED have opted for option 2 and that’s their prerogative.

Plus, you can’t have leave an avenue open for the haters to bash DCS on the official ED forum. That is not appropriate and I can see why they have adopted a strict policy of not discussing other products.

TBH, I have seen a lot more DCS bashing on various forums than I have for BMS. I don’t understand the mindset. If you prefer one over the other, then go play the one you like and be happy.

This is why Mudspike is my online ‘home’. We all seem to be able to get along and be respectful of each other. Long may that continue.

We all seem to be able to get along and be respectful of each other. Long may that continue.

We are all aviation lovers at heart; that’s what keeps me going back home here on Mudspike.

I don’t understand the mindset. If you prefer one over the other, then go play the one you like and be happy.

Lots of very elitist people in both communities, that’s bound to cause trouble.

I think you are right, although most fighter pilots I have met don’t have the stereotypical huge ego. Self confidence in spades though

I think the worst kind is those armchair pilots that “earned” a high officer “rank” in their sim of choice and self convinced themselves that really are fighter pilots that and could perform as one if given half a chance.

A computer sim is a very precise and demanding software but it will always remain a game.
I’ve lived the reality of fighter pilots training for 15 years and I accrued close to 2000 hours of Eurofighter official milsim.
Even all that still makes me NOT a fighter pilot.

(I’m trying to downsize my comments)