Since the latest update I’ve noticed in at least one of my missions, all the armor and ships are gone now. They appear in the ME (see pic 1) but when the mission is loaded they no longer appear on the map or spawned at all. They are not set to late activation nor are they set to hidden on map. I tried placing new armor groups and they do not spawn either on mission start. These ships and tanks aren’t part of a neutral country and there is no historical filter active.

With the ships, I can see a carrier group was supposed to be there, the SAR helicopter is hovering there and some of the deck accessories are on the sea floor but no ships are there. 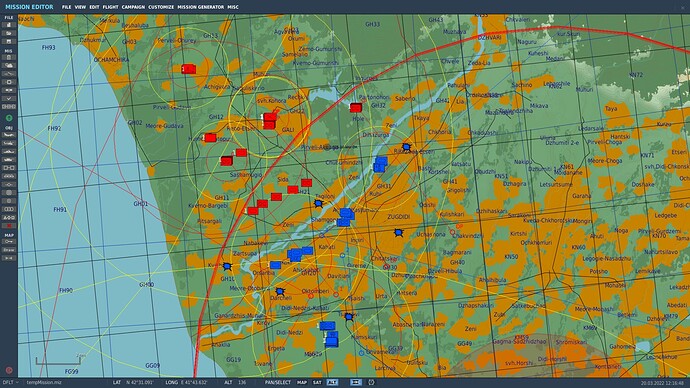 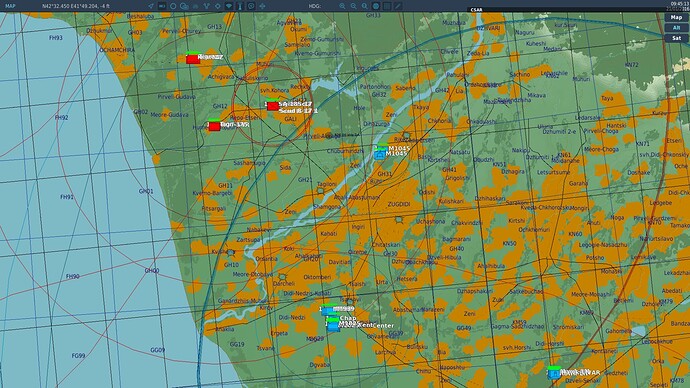 So far it only seem to be this mission, truly odd is it only seems to be this part of the map, as other armor groups are still active to the north and south. Anybody have any ideas, cause I’m running out lol

Welp it seems I can’t place any ships now. This has to be a mod issue…

oh and I tried a repair but that didn’t help either.

Ok I figured it out, I run a lot of mods so it took a fair amount of trial and error.

There is an updated .lua in the post linked that will fix the issue.

I noticed a general weirdness with it. Oh well we always adapt, on to the next mission.

Similar issue, unfortunately one of my favorite self built missions requires some mods that won’t load. And highly annoyingly DCS requires the mods to even load the mission. So no way to remove those mods, and I really don’t feel like going through and rebuilding it from scratch.

Best I could come up with.

Ok, new drop is nice but I encountered an ugly bug - the carriers have sprung a leak

Sorry, so all my missions - all of them! - with a departure from a CV (to include the LHA) fail to spawn on the deck. You just drift around in space. Took a couple of hours to fix it…haven’t found the exact culprit however. Likely a mod of some sort. Since I have a lot of them I’ve yet to narrow it down but if you’re experiencing any funky loading issues try this: Re-name your “Saved Games\DCSo…

Dumb idea but any chance (especially if you know which mods are the issue) of downloading the stable version as a parallel install and editing the missions until those mods are updated? I know the pain of building your own custom everything mission only to have one thing break it

I am debating trying that, for the moment I will hold off and see if a new version of the MB-339 comes out. As it’s being developed for payware, there’s a pretty chance there won’t be one release but I can hope right lol.

Yeah, when it happened to me I edited the mission file. Only recommended if you don’t have hundreds of references to the culprits in there.

Notepad++ supports Lua (lacking a file extension, it won’t know it’s a lua file until you tell it). “Fold All” then find/remove the required add-on table (the easy part), then find the “coalition” table, select and delete. Again, this can be 5 minutes or 5 hours depending on how many ref’s you have. And where they are in the table (indexes might get hosed).

Almost made me want to write an app to fix it but I was able to do it manually, once, in less time than writing a bunch of code. Hey, @SkateZilla ! A possible add-on for your tool.

Just kidding. I may end up writing the code anyway, in conjunction with my current system. Just low priority.

Someone beat us all to it already, works quiet nicely.

Hawt Dawg! Thanks for the link.

I’m tempted to not use any add-ons (assets) - but this highlights another dusty corner of the DCS basement: they are spread so wide/thin that they seemingly don’t have the resources to support, with assets, all the “time zones”.

Third parties step in, because they have some desire to do so (just like I am with my single-player mission generator - getting closer to a real name), and help out. ED doesn’t seem to make this easier: I wonder if ED doesn’t want them to do this?..they would of course have a time-tested counter. If the reason is $ then it seems short-sided.

Creating a 3rd party industry (think MS Flight sim), even if it’s just “mom & pop” operations (free stuff), seems like a good idea. It should be easier - ED would broadcast any breaking changes in updates.

I’ve drifted…thanks for the link. It should help me fix things in instances like this - I use a few mod’s to generate more varied scenario’s (not having the same 8 targets to go after each time, based on time period).