I used to play this a lot and I’m looking at going back to it. I had the Firepower addon, and I loved it. My current rig lacks a CD drive. Any way around the CD check or am I screwed?

How determined are you, and how robust is its anti-piracy software?

These days you can format a USB Jump Drive to act like a CD, and then drop disk .iso in it. Alternatively you could always install a cd drive emulator and mount the .iso like that.

Thanks. I’ve never tried the .iso route. That’ll be my next plan. Which emulator is best?

I couldn’t tell you, last time I emulated something like that was middleschool. 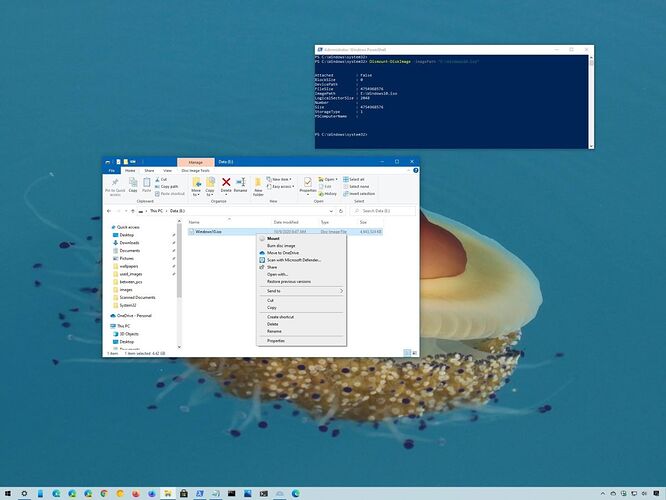 How to mount ISO images on Windows 10

You can access or extract the contents of an ISO image without third-party tools, and in this guide, you'll learn how to complete this task on Windows 10.

I forget the name of the program I used to use

If you want to get to know more about DAEMON Tools, free download of the products' trial versions will help you evaluate the advantages of the software without any charges! Download DAEMON Tools trial and return for more.

@SkateZilla’s link of Daemon tools lite is good for Win 7 and is free. You can use an older Microsoft util as well:

Thanks, guys. Just bought a copy on eBay.

Any videos or tutorials on how to use these utilities?
Yes, I am that challenged…

Which OS you use @wheelsup_cavu? I’d be happy to help take some screenshots etc.

Which OS you use @wheelsup_cavu? I’d be happy to help take some screenshots etc.

Grab the Win 7 Daemon Tools Lite 10 download from here (the middle one):

This page is accessible for users with old versions of DAEMON Tools products which are not compatible with Windows 7.

It is free for home use, and you can skip or ignore any license asks.

Essentially what you are doing is opening files and this thing is ‘mounting’ them as pretend drives in windows (i.e. E: F: etc.).

So you’d take the CFS1.iso file (it’ll be the size of a CD or DVD typically) and then open it using the Daemon Tools system tray.

The ‘Mount’ command bottom right will allow you to pick your .iso file… 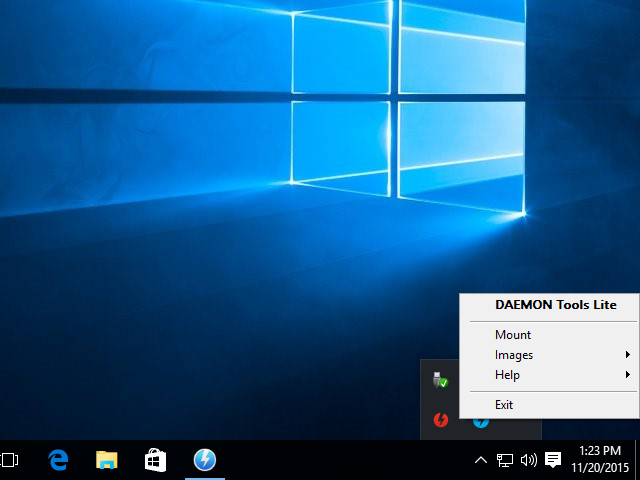 …then you’ll have a new Disk installed, i.e. a ‘F:’ drive. As far as Windows is concerned this new drive is exactly the same as if you had put in a disk, you can ‘Autoplay’ and run an install from it.

In Windows Explorer you’ll also be able to right mouse button menu on an ‘.iso’ file and hit ‘Mount’. This is how Windows 8 and 10 do it, as in the feature is built into the OS and you don’t need Daemon Tools or any other util to do it.

To Unmount a drive simply right mouse menu click on the top level drive and use the ‘Unmount’ option. This will release the drive letter and let you move/remove the .iso file if you’re done with it.

Let me know how it goes, as it’ll be easier to chat about it if you get stuck along the way. You can also do stuff like copy a DVD or CD-ROM to make an .iso file as well, although depending on how old and what sort of DRM it has means that can sometimes not work. Most old flight sim disks will be fine to make file .iso images of though.

Will keep you appraised of how it goes and if I have problems we can chat on Mudspike’s TS.

the DRM and stuff might be a bit of a anger inducing thing, depending on the DRM and Disk Security Type.

You may need the “no cd” patch… lol and set a bunch of Compatibility options in the exe’s properties.

Wheels, which mods are you planning on running? I think ETO is still sort of a thing, right?

CFS3? Wow. I spent what seems like 100 hrs just integrating the 1% planes into the game and the campaign. I never got why pylons were separate from the planes…

I had Firepower and had great times dropping nukes from Arado Blitzes and other what-if scenarios.
While it ultimately lost to Il-2, I think of it as the last of the 90’s flight sims (the remade F4:AF notwithstanding) because despite its flaws as a sim it was a great game. It aged poorly with the opaque water textures but the campaign was good. I just wish:

Look at what I just found in my old games box 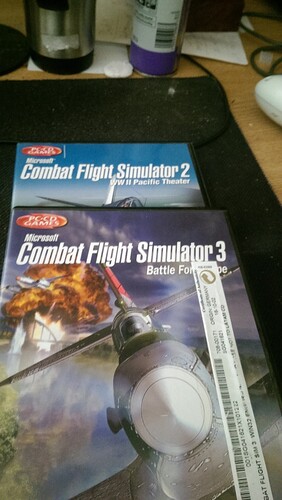 OMG disk drives are so last year, I don’t have one fitted in this rig

Yep. I did the same thing. Didn’t think I needed one.