I certainly knocked out a few miles, but it’s going to be awhile before I make it to Melborne. It would be kind of neat to come in second, as did the real ‘Uiver’. We will see how that works out though.

Got another leg in this evening but a dropped internet connection means no map and the weather turned clear shortly after departure and stayed that way for the duration. I know it’s a ‘First World Problem’ but that is the first time I have lost internet in the middle of something that required router and PC reboot. Odd.

If the real world would stop interfering I’d be doing much better.

So today was the official end date for the race. We’ll extend it for another 30 days if everyone is good with that?

extend it for another 30 days if everyone is good with that?

Oh! I missed that part

I am good with extending it.

I’m certainly good with that. In fact, we could extend it indefinitely until we all finished or choose to drop out (hopefully not). It’s all about the journey.

I’m certainly good with that. In fact, we could extend it indefinitely until we all finished or choose to drop out (hopefully not). It’s all about the journey.

Yeah…I’m definitely good with that because I plan to continue. Had a lot going on the past few weeks that prevented me from moving past Baghdad, but my schedule has cleared out!

I support this approach.

Life has been very intense lately so I haven’t been able to get flying but I’m still very much intending to get through the race eventually!

It is decided, the end date for the event is removed.

My trip cancelled for today… so 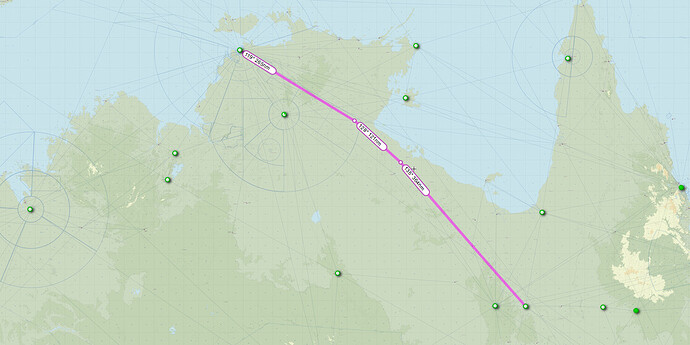 Darwin to Concurry (YPDN-YCCY)…
This one looked simple enough, until you realize that the outback is a big, and empty place! No much to report, other than to say that I was very happy to find the NDB’s at Cloncurry and Mount Isa are of the enroute (high power) variety. It was a 4.7 hour leg. 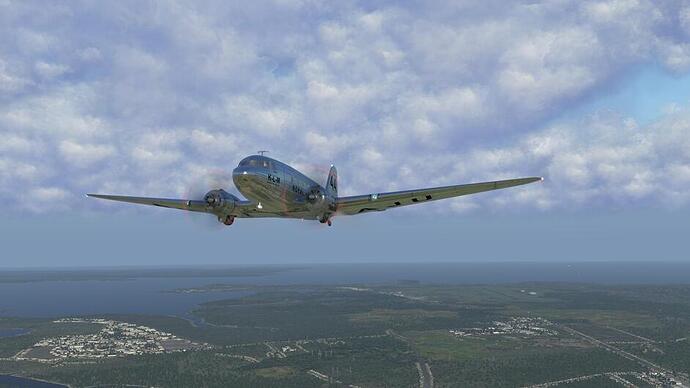 4+ hours later, I was able to identify this lake, and at about the same time, I picked up the NDB at Mt Isla, and a short time later, Cloncurry. 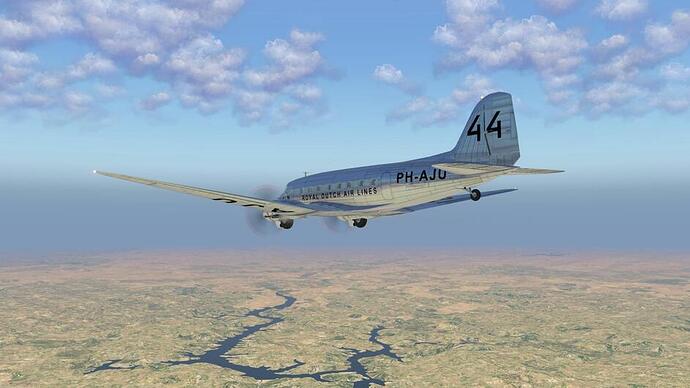 Not much to see scenery wise at Cloncurry, but that runway sure looked good. 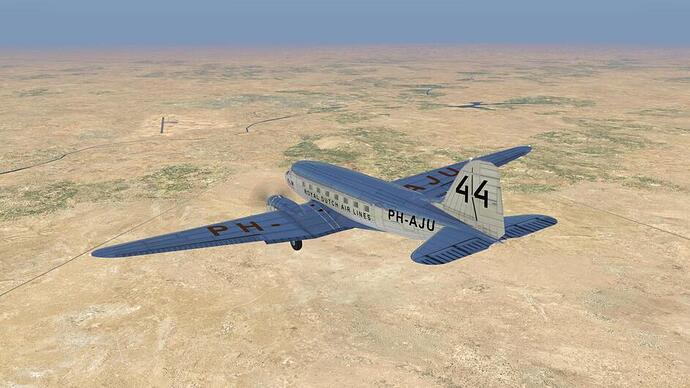 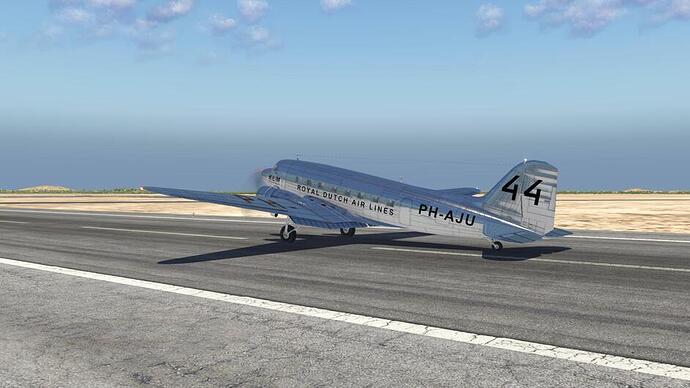 Route flown. You can see where I missed a waypoint but then spotted an airport and turned back to get my bearings. 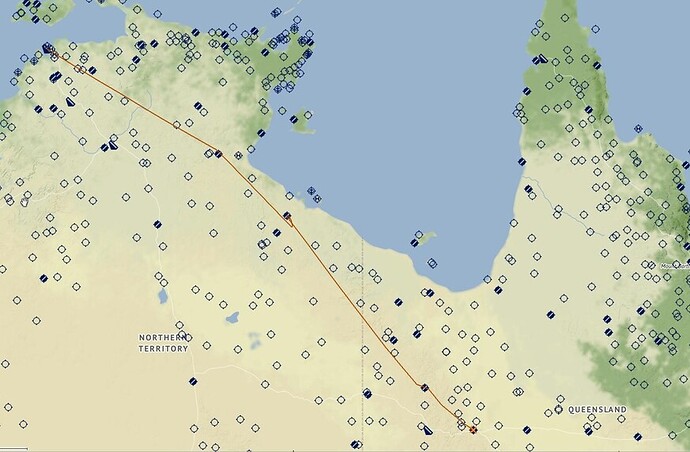 This one looked simple enough, until you realize that the outback is a big, and empty place!

I read that in Bill Bryson’s voice…

outback is a big, and empty place!

A few years back I was on a long haul flight back to NZ via Sydney and flew straight across the ‘middle’ of Australia. Even at jet speeds it is a really big and empty place. You would look out of the window, take a nap or read a book for a while and glance out again - and it would literally look as though you hadn’t moved an inch during that time - the landscape was completely unchanged. A strange place.

It doesn’t look all that big on the map

. I’m going to approach the remaining legs over the Outback pretty much as if it was an ocean.

Enough is enough ! And there was like too much of the haze and fog on my way through India, Bangladesh and Burma 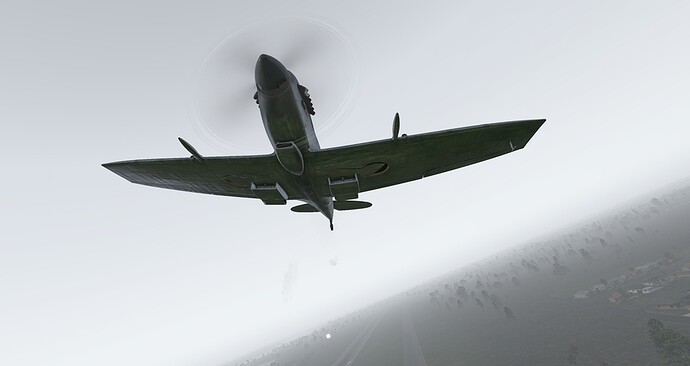 All the fun started at Jodhpur on my way to Allahabad.

The leg itself was too long so I had to make it in two parts. I am not using external fuel tank, it doesnt look good

So from VIJO Jodhpur to VIGR Gwalior was the first part 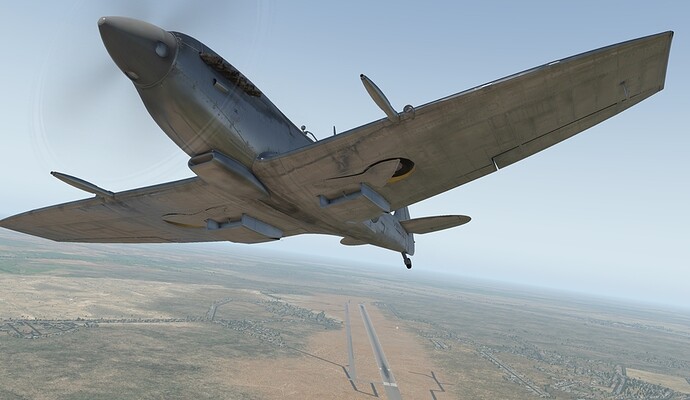 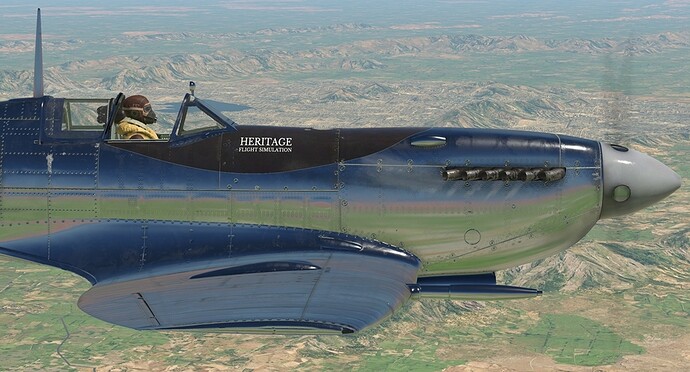 At this point all I wanted was to descent under the clouds and njoy the rest of the flight. But it went all south 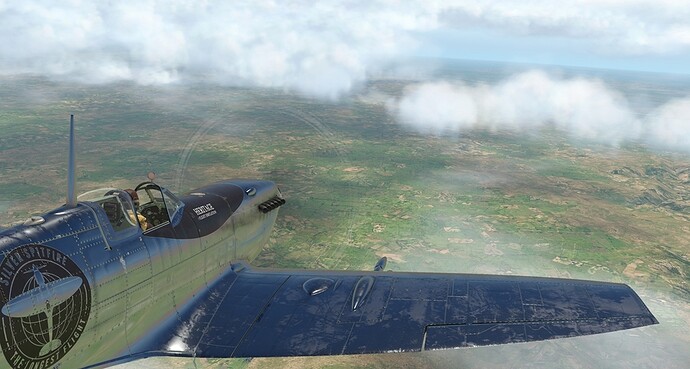 Descended into really heavy haze. Lost my visual references I started to drift to the South. Fortunately I hit the Chambel river and decided to follow it in North East direction.
Hit a bridge running West - East. Decided to folow the route as all routs leads to towns. 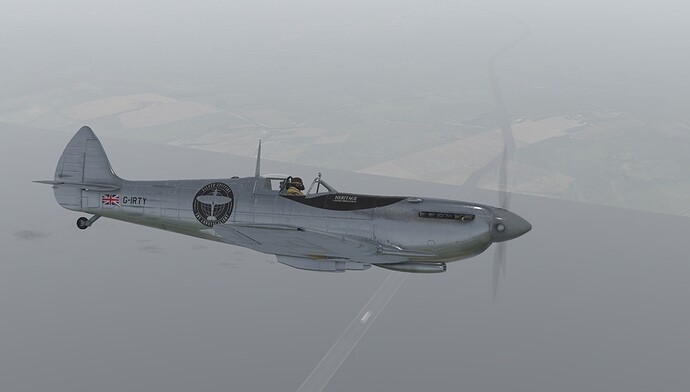 Route goes North East also what was good. Checked the map and decided to folow it until the Morena town ( I hoped that it is the correct route ) just North West of Gwalior. In Morena there is big crossroads and one of the routs goes South. To hit that route was my plan. But in haze all plans can go wrong.

Found Morena town, folowed that route to the South and hit another river. All rivers leads to lakes. And there are lakes West of Gwalior. To hit one of the lakes was may plan.

Finaly some lake. Identified as the Pagara Reservoir just West of my destination. Hit the 090 hdg and kept pushing 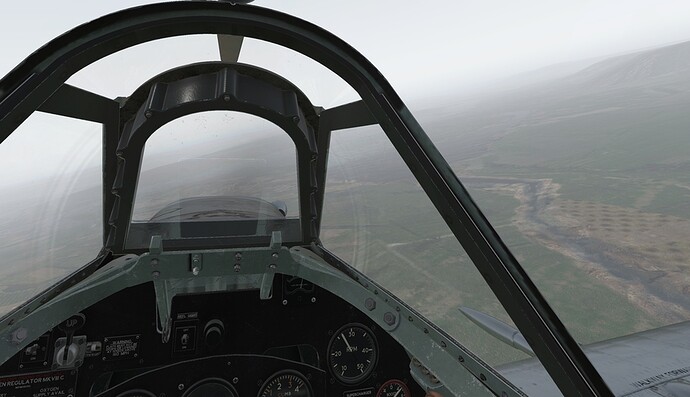 After long while, running out of gas and ( RL ) time, some suspicious textures below me started to look like town. But no buildings. Pushed further East just to find my self in the bushes again. Turned back and with great relief noticed the Gwalior strobe light 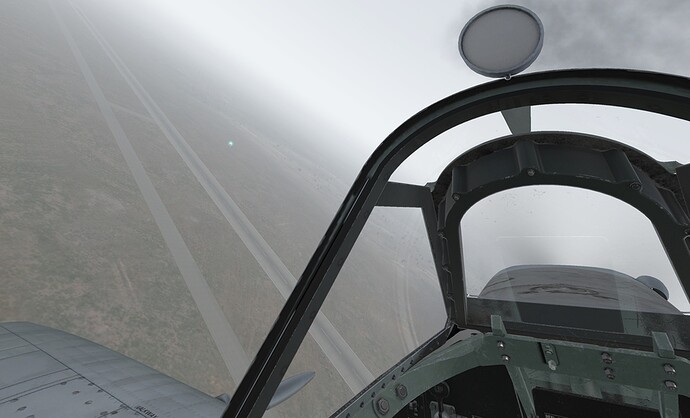 all the navigational decisions were somehow correct

What, you have given up? It can’t be!

Few days passed and went back to Gwalior airport. What a surprise - haze 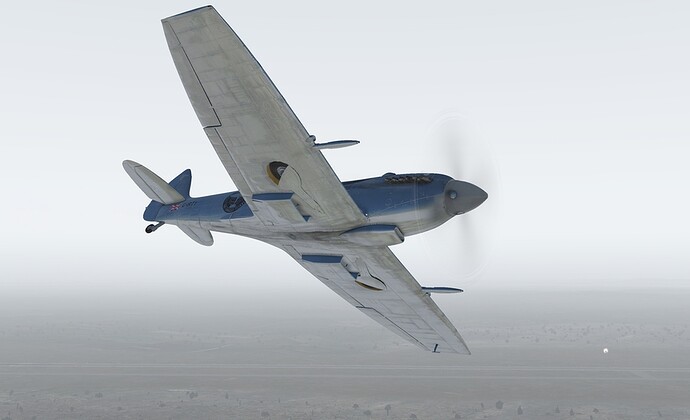 What a njoyable views… not funny 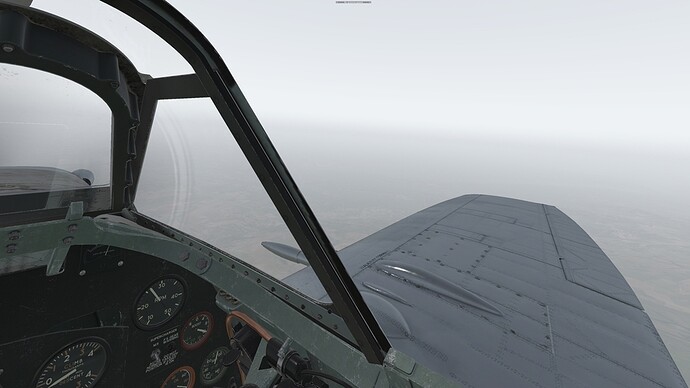 At least navigation was breeze, mostly rivers to folow 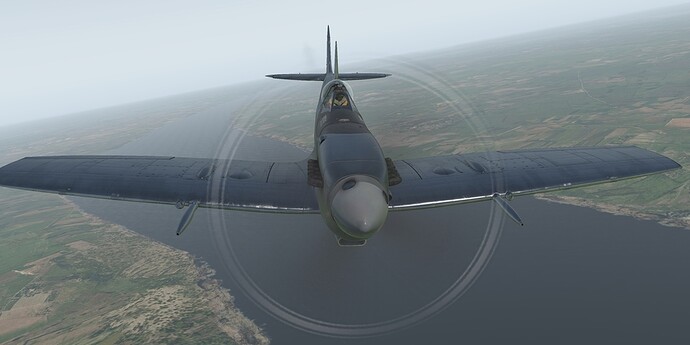 I’ve found haze at every airport from India through to Myanmar … so far. I expect it to continue

From VEAB Allahabad to VECC Calcutta

In the middle of the flight there were some better moments I have to say… only to realize that I climbed too high. You can identify it in Spit very quickly - slow blackout out of oxygen deficiency and slow turning propeller out of low fuel pressure / mixture settings 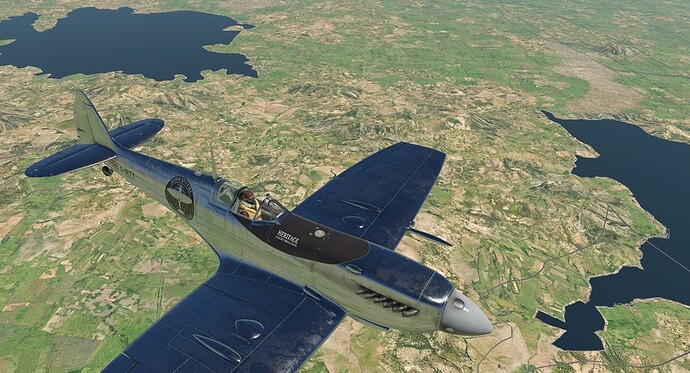 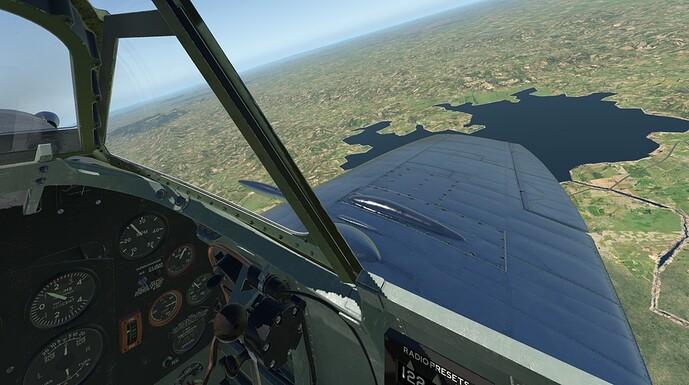 Descended back down low to njoy the haze again 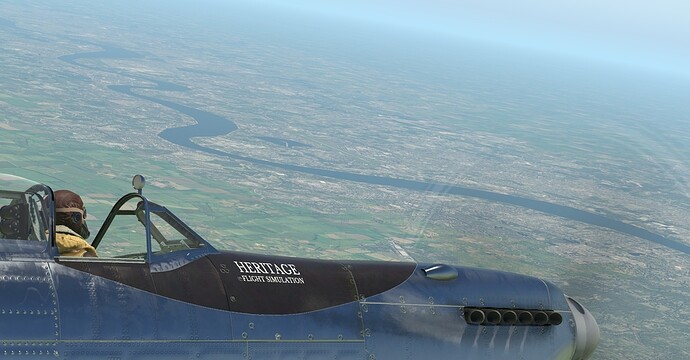 From VECC Calcutta to VYYY Rangoon it looked like easy business along the West coast of Burma.

Until feet wet it was doable

But then it went even worse. Haze is bad !? How about low clouds and fog 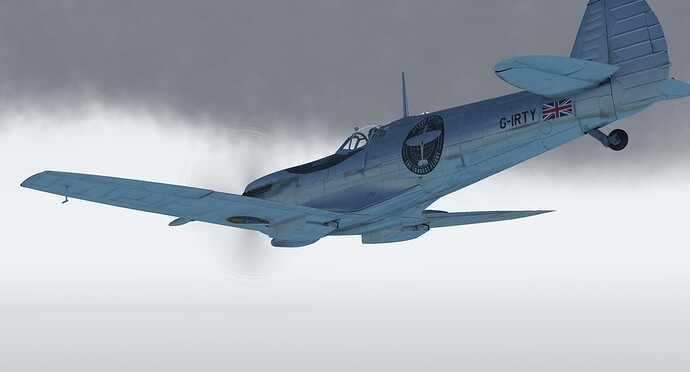 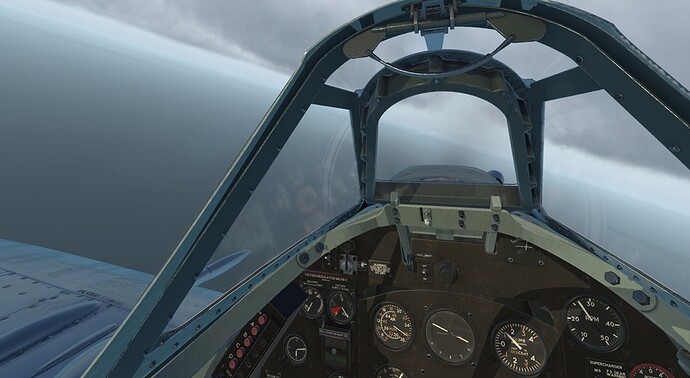 Few times sun made it through so it was nice 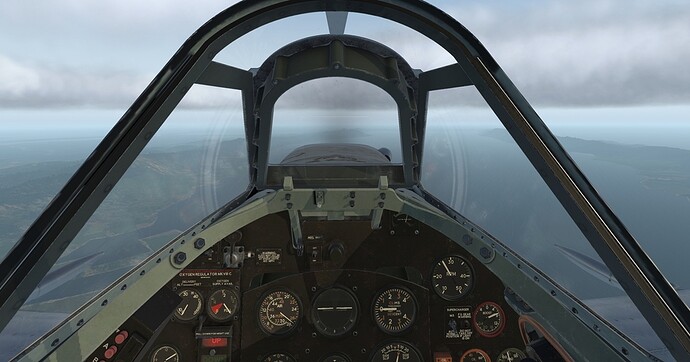 But more often this was my view. Sticking to my planned hdg I pushed to the South East. Not good as the ridge is hiding there 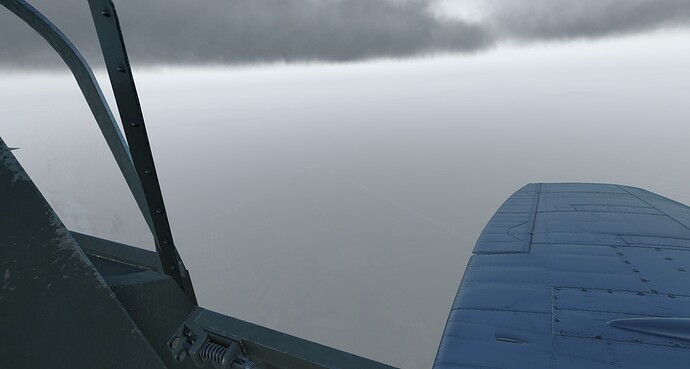 Turned back to the coast to get around it 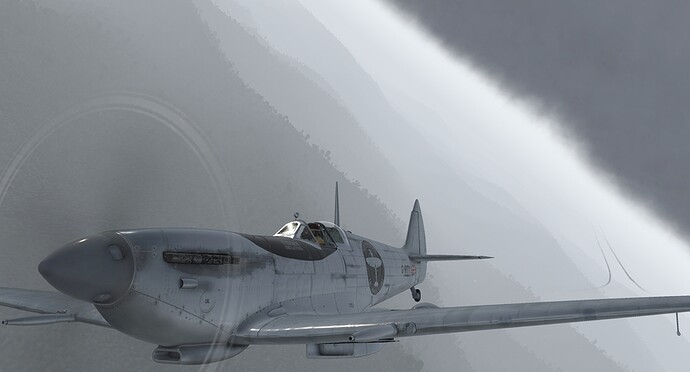 Trying to read the coastal scenery in these conditions

Eventually got fixed above the right bay 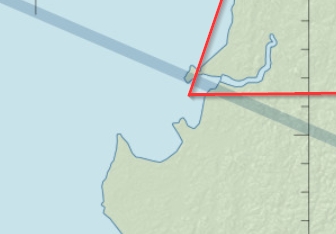 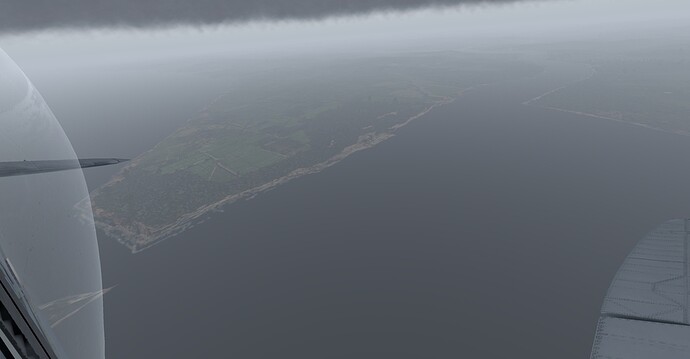 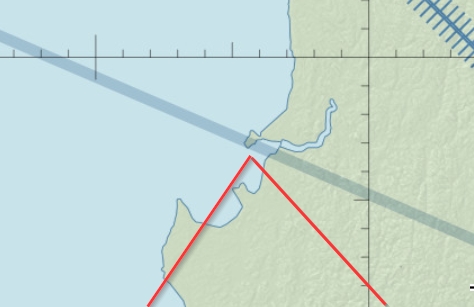 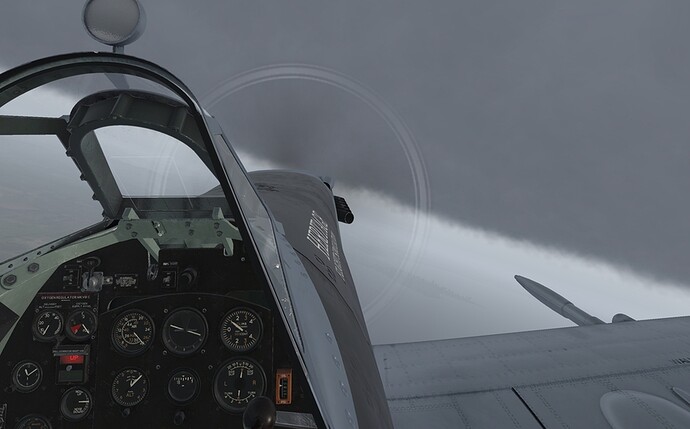 From there hdg 090 and Rangoon came into view 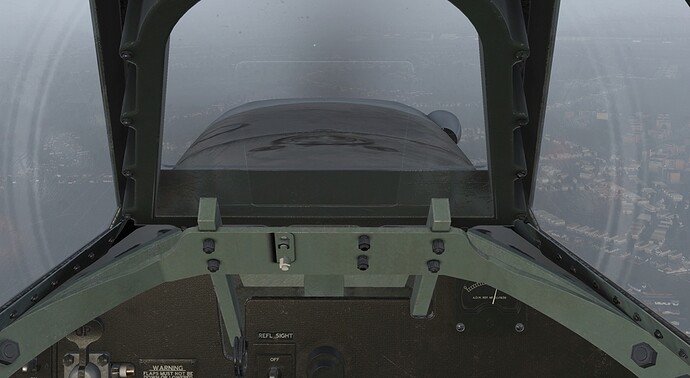 Happy to be on the ground I positioned my self for a perfect photo. Yes it was perfect !

Oh good, im not the only one finding the spit a right hellbish to taxi!

Lovely plane you got there mate, but why clip her wings like that? Its not like you need to win a rolling scissors with a fokker, do you?

Now seriously ( like I realy wasnt in the first sentence

). The only Spit looking good without cliped wings is Mk.I