Just saw this on Facebook a few minutes ago. I didn’t know they’re announcing their next release this week?

Um… No clue how to import things from Facebook to here, but it’s on their page? 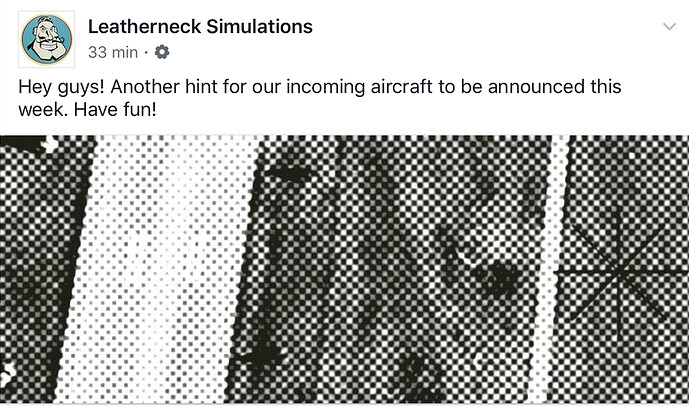 Good to have more aircraft coming out, I hope it is something modern.

Kittens’s lives depend on it

So zoomed out a bit (as the teaser image was obviously very zoomed it) then does that look a bit like gun cam footage to anyone? Korean / Vietnam War era?

then does that look a bit like gun cam footage to anyone?

Weren’t they making a Corsair also?

I knew it! Wanted to start thread here this week like ‘What is with LN? Are they alive?’

Good to hear they are. Was checking their web page yesterday or day before.

Hmm, but no clue about that hint. Btw if thats ‘another hint’ what was the previous one?

I'm hard at work finishing off the normal maps for our new super duper pooper excretionator! :pilotfly: Don't worry, I haven't forgotten about the MiG-21! She's due for an overhaul, I'm sure most will appreciate! See you guys when I finally make it...

I raise you a Hun.

I’d like to announce that we will do an announcement article when it’s announced.

I’d like to announce that we will do an announcement article when it’s announced.

wait a minute… what do you know about this announcement…

I just keep casually mentioning to @BeachAV8R about random DCS releases, hoping I can trick him into accidentally revealing something.

Intent to at some point release some information about something…CONFIRMED!

nice to know that Leathernecks is still alive