Wanted for a while to try this puppy out. Not got great expectations, but it’s all free so why not. Here’s the mod: 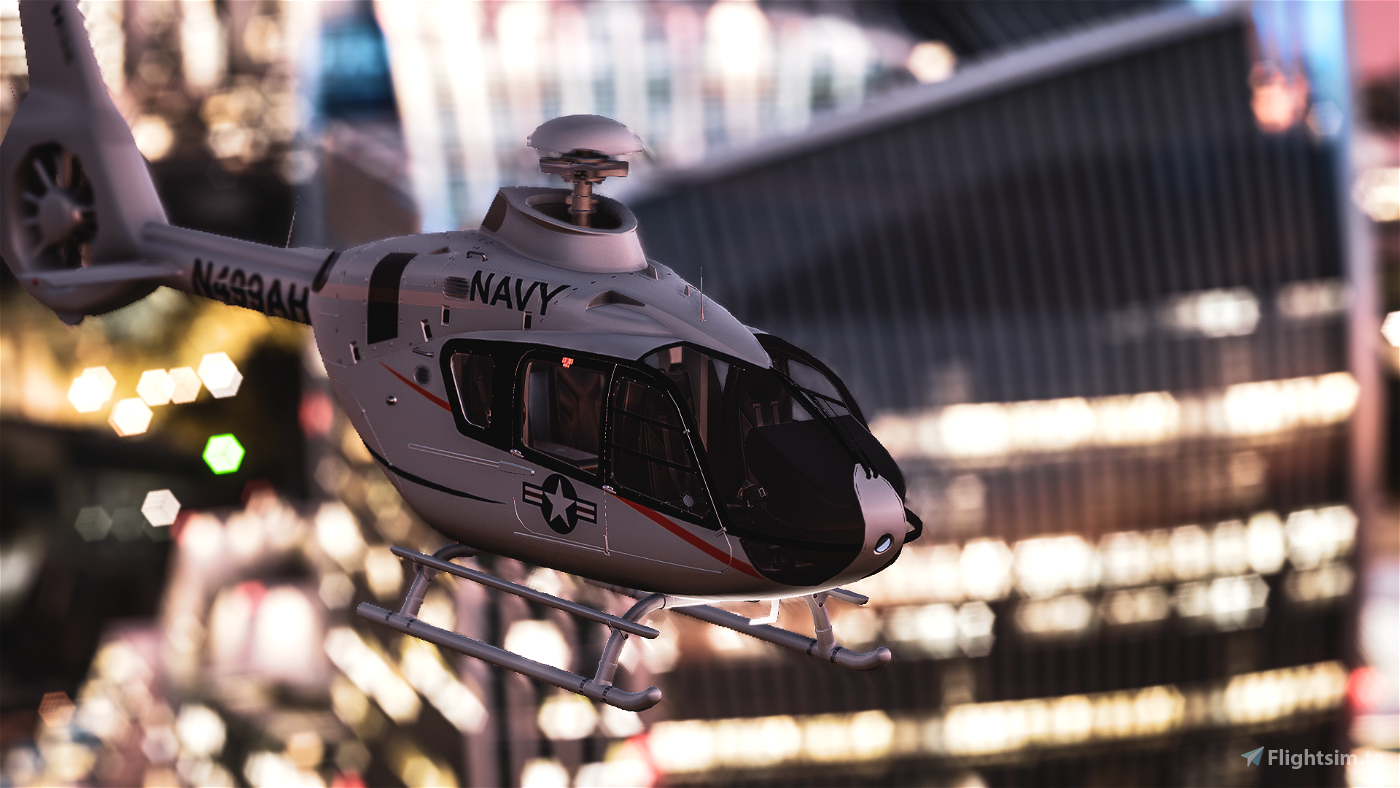 Here’s the Whistler Blackcomb Heliport, as pointed out by @BeachAV8R in the swollen Pacific NW sceneries topic. 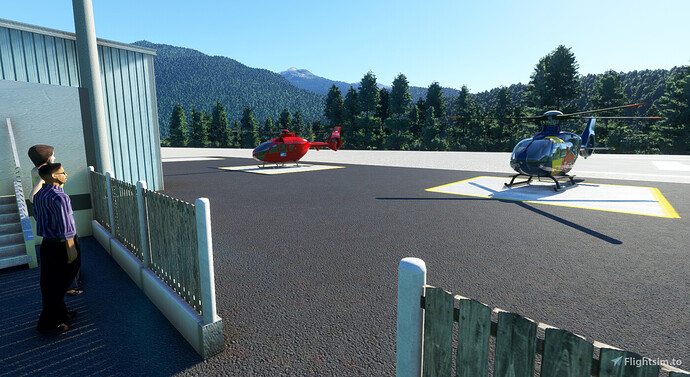 ✓ Whistler Blackcomb Heliport - CBE9 is a Microsoft Flight Simulator 2020 mod created by t0kenkiwi. Download for free to enhance your experience in MSFS 2020.

Ok, let’s spawn in by picking the parking spot in the above scenery and setting up the ‘Other’ category helo in the flight planner. Lots of glass!

Is that @BeachAV8R? Finally got him in a whirlybird…

So no cold and dark as yet, but at least the rotors aren’t spinning.

I picked a ‘medical’ livery that came with it, figuring I’d be picking up ragdolls from the bottom of the ski hill. As with all things MSFS, it’s very pretty.

Ok, the battery switch on the center console works, so I guess Cold and Dark is possible, although I was sort of wanting to go the other way.

A quick look around shows the GPS is functional, and there’s about 20% of the switches modelled so far. I believe it’s early days for the mod with lots to come. Don’t expect much in the way of systems yet.

I fumble around in the cockpit, and end up doing a CTRL E to start the spinny bits (there’ll be a seminar on advanced helo terms later).

For reasons unknown the cockpit goes dark. The pitch/yaw are bound to the rotor, the throttle to the collective and the rudders seems ok. Nice to have nothing to bind to get going. I can’t see any controls move in the cockpit but they do respond, so imagination time. The sounds are pretty good, and the flight model is very docile so far. I expected to die, but this is sort of sleepy and a hover is fine.

I feel I may have skipped some pre-flight checklist items here. A door or two was left open. Oops.

I’m going to go back and do a pad start, either that or at least read how to start it up. Pro moves. Ok, back to the World Map to set up.

Ok, that’s better, we’re in a ready to go state with things spinning. Off we go. That reflection of the GPS is realistic and annoying.

Pretty easy to control, seem naturally stable, which makes me suspicious after all the killing DCS Huey had on me.

I’ll head down the mountain and see if I can find the Medical helipad in downtown Whistler, it’s not far.

Along the lake and on the left I think.

The rivers and trees are nice, but the buildings are sort of variable in this neck of the woods. Not sure if photogrammetry is ideal for this down low, but it’s an acquired taste for sure.

The Highway 99 looks ok, plus I recognize the shops on the right. Not much traffic though.

I still need to figure out a trim function, as it has a big tendency to want to roll up and go backwards without much stick pressure.

Ok, here we are over the day parking lot. The hospital is just up here, I can feel the Visa cards straining, as the leg casts set.

Hmm, no pad, so I’ll try to put it down in the car park then.

They put a building on my helipad. You can see it here on the texture to the right of my console, as the round circle. How rude!

I refuse to let a building spoil my plans.

Maybe if I open the garage door they’ll let me on the pad.

It’s a Canadian stand off, where we just apologize to each other for a bit.

If Chris is prepared to wait, then so will I.

The Fairmont coming up is at least the right colour, albeit a bit short, so we’ll stay there. At lot of the ski / mountain bike runs are correct, and pretty good details. Summer time people don’t break bones skiing, so move on to mountain biking injuries instead. It’s a year round industry.

Those yellow umbrellas are in front of the Longhorn restaurant below, which was what the early version of Windows Vista would become, as where the off-site’s were held. Poor Vista. TrackIR or VR is obviously very useful with this mod, and for screenshots I used TrackIR.

So all in all, quite nice. Very simple systems, no idea if the H135 is so nice and stable (it could be, it looks very modern) and the flight model isn’t ridiculous enough to be bad. This is going to be great for putting around looking at stuff.

Whistler is pretty nicely modelled. Here’s an over saturated real world shot I took and MSFS 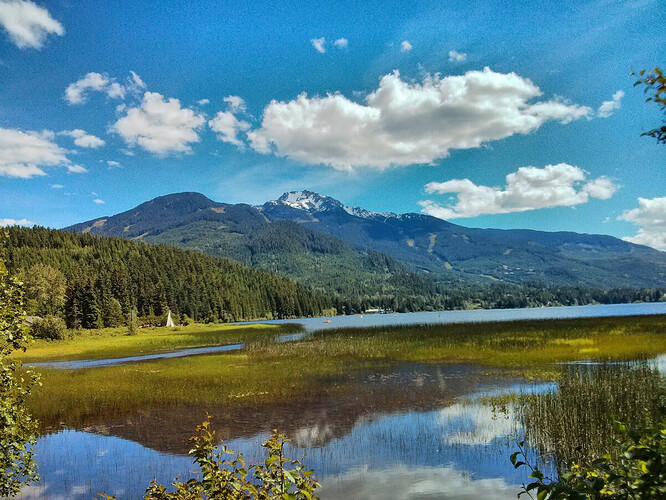 Ok, off to explore some places in a helo!

I dont know if you have AeroflyFS 2 but I have read good things about the H135 included there. I mean if you are really curious about the behavior of H135.

Is that @BeachAV8R? Finally got him in a whirlybird…

Ruggedly handsome…slightly wrinkled uniform…calm demeanor…yeah…might be me. Those are some tiny hands though…so maybe not.

I picked a ‘medical’ livery that came with it… 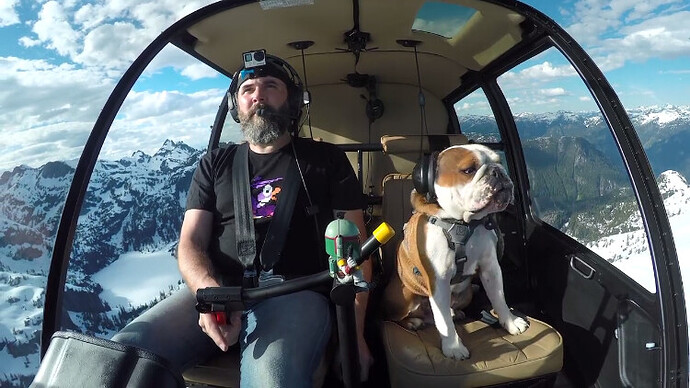 I’m going to go back and do a pad start, either that or at least read how to start it up.

Bringing an aircraft to life from its slumber is one of the coolest aspects of being a flight simmer. In this article, we take a look at one of my favorite sim indulgences:  The Nescient Cold &…

Not sure if photogrammetry is ideal for this down low, but it’s an acquired taste for sure.

Makes you wonder if there isn’t still a spot in the MSFS “ecosystem” (barf…I used that word) for perhaps for Orbx to make more detailed object overlays (sort of like the yOrtho stuff in X-Plane) that makes the autogen more dense and believable…although in a lot of places with the good photogrammetry it already is. Maybe they will just stick with ultra-high detail airports (and I’m fine with that…I’ll still spend money…)

I refuse to let a building spoil my plans.

Summer time people don’t break bones skiing, so move on to mountain biking injuries instead. It’s a year round industry.

The dirty secret in healthcare…we also subsidize fast food and have vertically integrated into making larger and larger drink and French fry sizes. 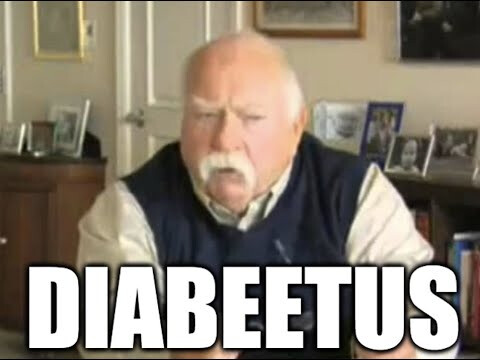 Those yellow umbrellas are in front of the Longhorn restaurant below, which was what the early version of Windows Vista would become, as where the off-site’s were held. Poor Vista. 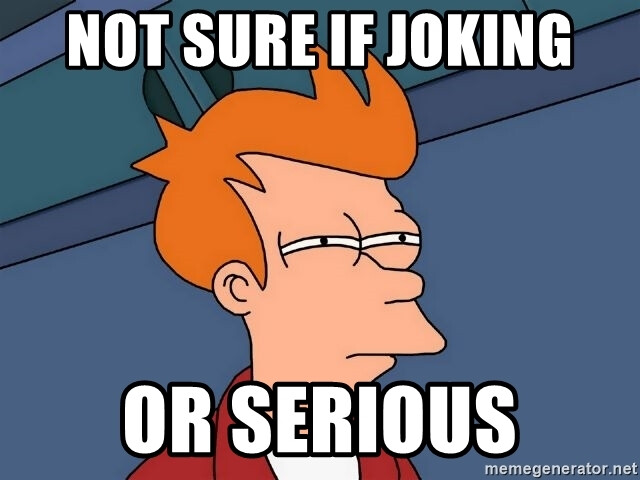 Thanks for taking us on the ride…! I can’t say I know much or anything about the MSFS mission creation or capabilities…but there could be a nice niche for someone who wants to make helicopter rescue adventures and stuff for this sim. If we are really dreaming - sling loading and stuff would be great if we could get some real physics in there. Not sure how likely that is though…

Those yellow umbrellas are in front of the Longhorn restaurant below

Yep, the ‘design retreats’ for Microsoft where used to inspire the internal code names. Windows XP was ‘Whistler’, with the joke being the ski hill bar ‘Longhorn’ was where the less successful follow-up Windows Vista was inspired. ‘Blackcomb’ the sister mountain at Whistler was the big plan. Vista had a rocky roll-out and lots of scope changes as things like WinFS etc (a sort of hybrid DB/file system) got cut back, so the scaled down version was internally called Longhorn. Vista was winver ‘6’, so after the bad luck of the Blackcomb/Longhorn names they just went for a simple ‘Windows 7’ for the next code name - no more bar names.

This is really great helo for a sim that has no official helos in it. Had some great fun NOEing around Fulda Gap:

Btw how did you get Chris in that cockpit? Mine is empty…

I didn’t do anything to enable him, he must have just been in the earlier version I tried but them the complaints rolled in and they nix’d him maybe?

That’s a pity, I like to fly with proffesionals.

You bring the pilot model back by:

editing H135_Exterior_LOD00.gltf with a text editor. change the PILOT_X to PILOT_0 . Then add this section to aircraft.cfg: 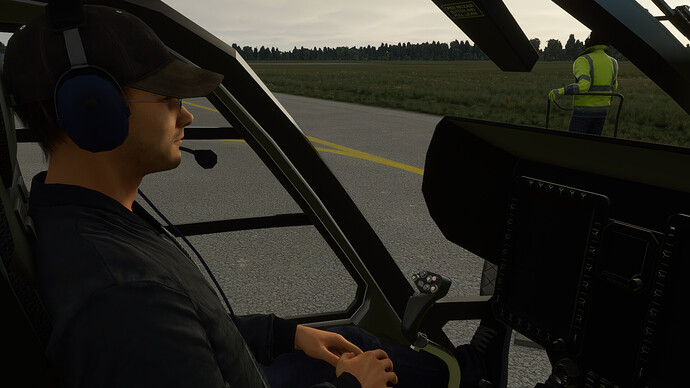 or change it to “Pilot_Female_Casual” if you prefer woman company 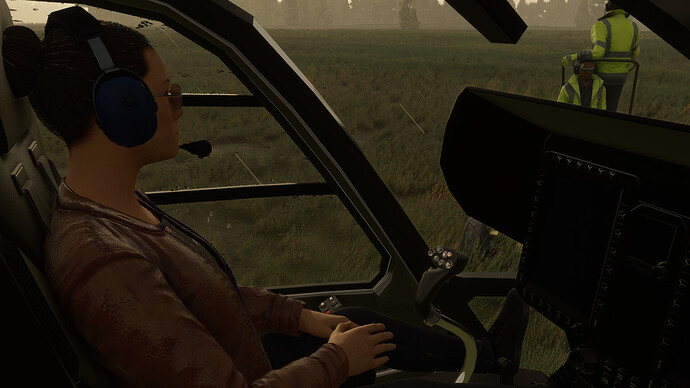