Edit: this updated trailer not reflected in the comments immediately following. Most are referring to the original date announcement trailer above.

I am cautiously optimistic.

Agreed. It’s hard to make much of the trailer. My sensibilities think that they will make more allowances for recreating the original (saucer shaped ship), rather than depicting current interstellar travel thinking. Still, I’d be dishonest if I said that I wasn’t eagerly awaiting the first few episodes,

WE ARE ALL DOOMED!

LOL, reminded me of this 1960’s Mad Magazine spoof.

I hope the new one will be as funny as the old one was.

HAHA!
Its a good thing for Aliens & Predators that they never had to face the venerable Dr. Smith.

The word Netflix caught my eye on this thread. Netflix is blowing me away these days, so much so that I’m ready to drop my cable provider.

Anyhoo, I’m 51 years old and I have no clue as to what “Lost in Space” is about. Why are they launching a kid into space again?

Sort of a Swiss Family Robinson in space. The family’s name in fact was Robinson. LiS was a TV series in the mid to late 60s. Earth had become overcrowded, and they were sent out to find a habitable planet for colonization. But like the “other” Robinson family, their ship was wrecked on a planet. There was a stow-away named Dr. Smith, who had the uncanny knack of bringing a bunch of pain on the rest of the family. The series was well cast and the story line fairly interesting. Looks very amateurish now, but was entertaining at the time.

The kid, Will Robinson, was rather the main character in that a lot of the episodes were written about his exploration of the area around the wrecked spacecraft, while Smith and the family robot tagged along. The doctor was afraid of his own shadow, and didn’t earn the respect the robot. However, much of the dialogue between Smith and the robot is hilarious.

What I should have included is that you will often hear the phrase, “DANGER WILL ROBINSON!” That is a reference to the robot warning Will that things were about to go badly for him. This was usually due to Smith’s bumblings or mischief, which the doctor had either inadvertently or by malice brought peril upon the Robinsons. In all of his failings, Smith was somehow forgiven and not subject to corporal punishment, something that the robot probably wanted to carry out, but whose programming would not allow.

Don’t forget the terrible, terrible movie version that came out in the late 90’s.

Pish boy that was a great movie

Well, I mean 16 year old me definitely enjoyed some of the casting choices…

Right there with you on the casting choices.

The new Lost In Space would have been a must watch if they used Lacey Chabert(Penny in the '98 movie) as the mom.

The new Lost In Space would have been a must watch if they used Lacey Chabert(Penny in the '98 movie) as the mom.

She’s way too young - just a year younger than me. I’m not ready to deal with the idea that I could potentially be old enough to be Will Robinson’s dad.

I’m not ready to deal with the idea that I could potentially be old enough to be Will Robinson’s dad. 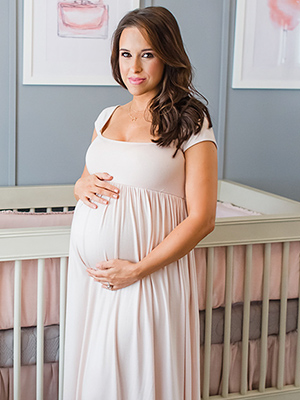 Besides, I have a dog. That’s basically the same thing, right?