Just found out about this new tank sim in development. Set in the Fulda Gap in the mid 80s, featuring US, Soviet, East and West German troops. Concentrates on single player and coop. Supposed to get a campaign. Looks like this is in the 90s tradition of realistic simulations that still are fun games to play.

I’m going to check out the playable demo next. He’s been working on it for a year or two now. It’s not exactly SBPRO:PE, but it’s a lot of fun even with a lack of systems depth. The actual gameplay is enjoyable, and I really like how the mouse simulates the movements of the gunners grips. A minor change compared to how most other titles do it, but it works very well. The after action review of what all you hit and the internal damage is pretty interesting. The demo version gives a pretty good overview of the title, and really only limits you on the prebuilt scenarios, you can use pretty much all the units available in the firing range.

I really like how the mouse simulates the movements of the gunners grips.

I just checked it out for an hour or so. Very cool game, lots of potential there. The controls are intuitive, and definitely better for tank-centric gameplay than Arma 3’s. Systems depth is slightly deeper than Arma while not being too deep. Graphics are pretty decent: NV effects are way better than Arma, but the rest is about on-par, maybe slightly less.

Are there any infantry units, friendly or enemy? All I saw in the demo were man-portable AT weapons like TOW.

The AAR mode is cool, but learning that my shot “hit gunner’s left eye” or “driver’s upper spine” or “commander’s jaw” is… uh, yikes!

It definitely made me not want to have anything to do with being inside a tank during a war, ever.

I like the voice chatter of the crew during an engagement, although I’m not quite clear: am I the gunner, commander, or all of them? Who is telling me to traverse left? I do wish there was a little more situational awareness, like contact reports being shown on the map, or at least being able to zoom in on the map a bit, and some voice chatter from other units about what’s going on.

The way tanks cook off and shed their turrets is very cool. And it runs quite a bit better than Arma 3 in a large engagement. It has a very cool Team Yankee vibe to it.

I spent a little time with the free demo and I like it a lot. Movement and shooting feels very good. The damage model also seems to be very well done. The AAR feature, which lets you review every single shot in great detail, is also a very nice idea. It is quite interesting to see how a shot fragments and where those fragments get deflected by internal components. For example I head a sabot pass through the tip of a target’s barrel and then the fragments failing to penetrate the hull itself. Talk about Spaced Armour…

What is absolutely fantastic is the sound design. The crew voices are dynamic and get more intense depending on the situation. An enemy tank close by with its gun pointed at you and your commander looses it. Very well done. Overall there is not much of a game yet but the basic mechanics seem to be on a very good path. This looks very promising and I hope they will be able to create a fun game around this core.

@tempusmurphy lee you really REALLY need to try this demo…

its AWESOME, and as you can see by the picture of my M60, I clearly rock at it 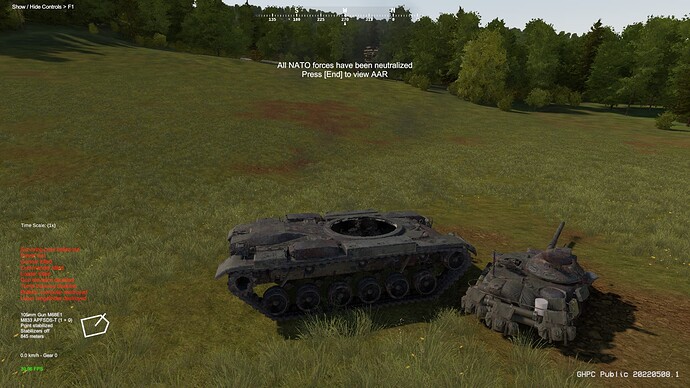 pulled it a couple of weeks ago, and you are right its damn good, cant wait for the full release, and then its another we can add to the MP nights

I really like it. Glad you were ahead of me and tried it.
I tried it on my wifes PC in the living room and the X box controller and with her Sub woofer and sound bar the sound is incredible when you set to shooting.

Cannot wait for the full release 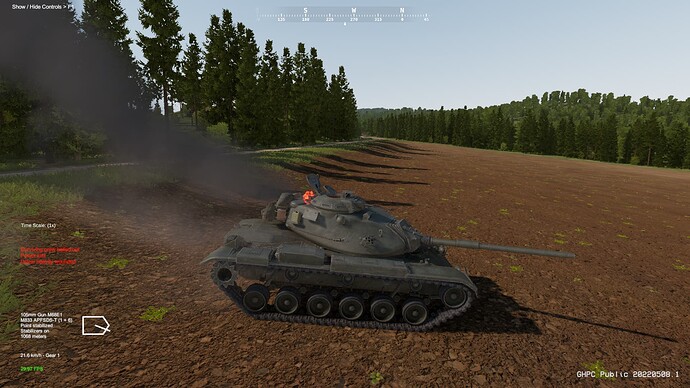 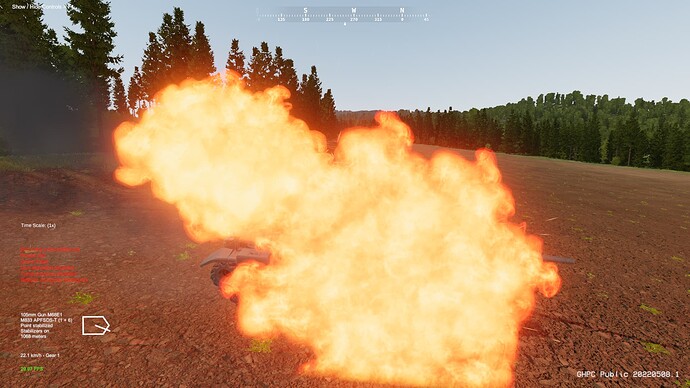 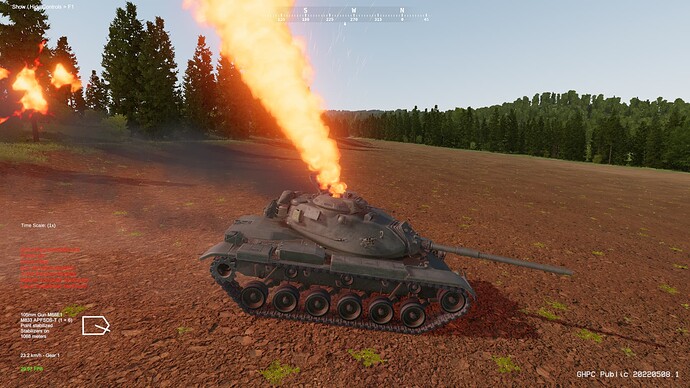 Yeah, you’ve dug the turret into the terrain and are using that burned out hulk for cover, that’s pretty sneaky! “THE TURRET FELL OFF AGAIN”

if they do mp in this, it will be a blast

It does say that multiplayer is planned, both co op and scenario based

“THE TURRET FELL OFF AGAIN”

Well at least it wasn’t the front that fell off.

That indeed is very immersive. Love it!

I have been hooked this afternoon. Really enjoyed the demo.

They get me before i get them and they seem to have super snipers on the M113 .50s

just read the FAQ and there is MP planned, with different crew slots in the tanks, it also seems to be more planned around co-op rather than PVP … all sounds good to me