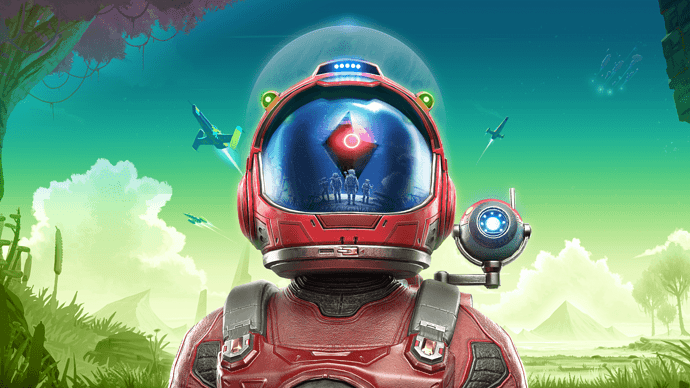 Hello Everyone, We’re very excited to be able to tell you more about No Man’s Sky: Beyond. A major free update coming in summer 2019 and the next big chapter in our journey. Beyond is the culmination of several different strands of development. The... That will be cool.

Yessssss. I’ve wanted to go back to it. That’s going to get me there I think. Super cool.

Verrrrrrry interesting. I’m curious to see if it’s enough to get back into it or if it just turns out to be a gimmick.

Before the VR update, a move over the Vulkan from OpenGL for performance improvements (hopefully). Interesting in the context that X-Plane is doing the same (slowly) and it was something DCS mentioned as a goal as well. Be curious to see what sort of framerate improvement it gives here.

Hello everyone, We were thrilled by the response to the announcement of Beyond and the news that the game will be coming to VR. Bringing a game like No Man’s Sky to VR is a colossal technical undertaking, requiring major improvements to and...

August 14 for beyond, which includes vr!

Looks like it’s using the VTOL vr approach to flying. You reach out and grab the joystick in virtual space. Nice. Hyped for this update.

hey guys, Thinking of getting this since it is in VR but wonder how it is now on June 6 2021?

My Firend has it and since this is coop might be kinda cool. played similar games like this so the grinding dont matter to me. just wondering if VR aspect is worth it now.

Thing I wonder is can I use a Keyboard, mouse in VR or do I need to use an XBox controller or something. I have a Rift S if that maters.

Just started replaying it - it’s pretty good. If you have a fancy GPU of the right spec the DLSS helps a lot in VR - Nvidia DLSS 2.1 VR - #10 by fearlessfrog

I’ve only used the VR hand controllers with it in VR - they work nicely, although flying the ship is a bit clunky. I think you can just use an Xbox controller just fine, although I’m not sure I’d recommend the ‘smooth movement’ unless you’ve got a strong stomach, the blink move is good for me.

hey thnx for the reply, well no fancy graphics here I have a 1080GTX will DLSS work with that is it a RTX feature or similar? I have a good enough CPU I was also wondering if my GPU will be good enough to handle it in a Rift S?

DLSS is an RTX feature only

The general performance of No Man’s Sky has improved a lot over the years, so it’s still worth a go in VR. It might use 40/80 reprojection on the Rift, but the VR controls are fun and I do think the 1080 should be able to handle it ok.

So, is anybody still playing this? I’ve been getting into it way more than I had before, as it’s just relaxing exploring around and working on my base building, but I’m running into issues with the latter.

Electrical wiring. How is this supposed to work, why doesn’t it seem to work, and why does there seem to be no indication on when the connections are made?

My better half plays it. She says the key is nodes. Many apparatuses have nodes that wires connect to, you should see wires snap into place. You can also make nodes yourself apparently.

Hope this helps, but do post if you have more specific questions.

Did you find the answer to this?

Indeed any building that can be powered has these little snap to nodes. I believe they turn green when you properly connect them.

The deal IIRC is that you can only see them if you have wire selected as your build object. It’s in the build menu. When you have this up, you can see where you can connect them.

Inelegant, but it works.

If you want to hide wires, you can dig trenches, lay the wires and fill them back in again.

If you want to hide wires, you can dig trenches, lay the wires and fill them back in again.

Holy carp, this game is too cool for its own good!
Love it!

I played quite a bit of it. You can definitely get lost in it and there are so many things to find and explore.

I did get to the point that my bases were starting to bog down my PS4 though. Tons of stutters and the occasional fall through the floor;

which, if you built your base at the top of the cloud layer, is no way to get out of bed in the morning!

Wish I didn’t and had more patience.

Did you find the answer to this?

Apparently the issue is that the first aid station has to be tied into the prefab building sections, or adjacent to something else that’s powered independently - I’m guessing a bug?

As for the rest of the wiring bits, it’s probably one of those things that’ll get easier/ better with practice. Also, apparently part of the problem is that the base in question is made of old legacy materials and new ones (I guess there was an update in one of the recent-ish patches). I hadn’t even thought of trenches/ vaults- don’t tell my coworkers.

starting to bog down my PS4

Would you say that this is much of a problem? I’m thinking of getting this on PS4 but I had some trouble with bases on Subnautica that really hampered enjoyment of the game, and I don’t want to repeat that experience.

I would say better than Subnautica, but for really big bases, things can slow down, or pop in a bit.

The biggest issue I had was with an automated mine that had stacks of miners, each of which had a “pile driver” type animation. All those moving parts really used up the CPU cycles. Still, you can build quite a base without too much problem.

Yes, there is a disconnect between new and old tech. I think the initial bases weren’t powered at all and parts were basically just building materials.

Later, the modular rooms were added with the option to power the entire room, rather than things in it individually.

It’s a game that has grown so much, but sometimes the seams where things were bolted on are visible.