NVIDIA has reportedly cut the power consumption of its high-end Lovelace graphics cards. The RTX 4080 which was originally planned to be a 420W SKU has been scaled down to 320W while the TGP of the RTX 4070 has been reduced from 300W to 285W. With...

they change everyweek to the point that there’s no reason to make decisions based on anything until actual benchmarks are launched and the NDA is lifted. 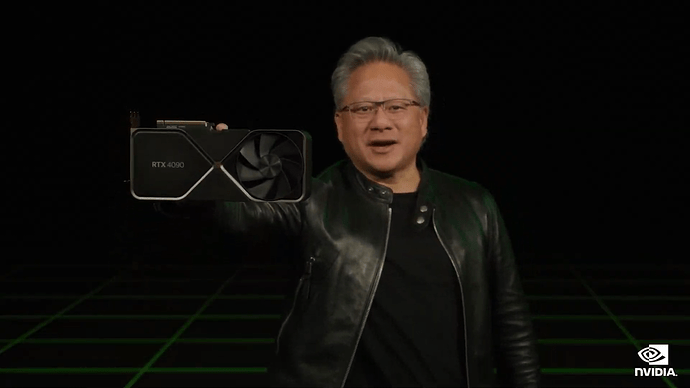 At its Beyond GeForce event, NVIDIA has just revealed the next-gen RTX 4080 based on the new 'Ada Lovelace' microarchitecture. Massive gains in

Just got an email from the PC shop I use. They recommend to wait for the real life power consumption and experience with the nVidia 4090 card before making a purchase decision. Sounds good to me.

Not sure about pancake mode but I suppose VR would benefit in any case?

Same thing Every Launch! This card is Twice as Fast. This new Architecture blows the last away. By the way Nvidia, nice touch to name it like a P*rn Star. ADA LOVELACE

I may skip 4xxxx but lets see how the Real tests go.

Boy are you going to be impressed if you thought she was an adult actress:

Augusta Ada King, Countess of Lovelace (née Byron ; 10 December 1815 – 27 November 1852) was an English mathematician and writer, chiefly known for her work on Charles Babbage’s proposed mechanical general-purpose computer, the Analytical Engine. She was the first to recognise that the machine had applications beyond pure calculation, and to have published the first algorithm intended to be carried out by such a machine. As a result, she is often regarded as the first computer programmer.[2][3][4]

TL;DR: Was first person to realize that a computer (“analytical engine”) could be used not just for mathematical calculations, but also as ehm … as a computer. Before 1850. She also wrote the first algorithm (computer program) for that machine.

Same “Ada” that inspired the name for adafruit.com, the best maker site in the 'Merikas!

i think they goof the specs in the article.

I find it hard to believe there are 1.5GB ram chips.

As last time I checked there are no 1.5GB GDDR6X chips. Augusta Ada King, Countess of Lovelace
She could get it

A seriously brilliant woman. How on Gods earth was she thinking like this nowhere near the 20th century.?
I stay awake at night wondering how people like this exist.
Thank you @Freak for opening my eyes. I suddenly need to view “The imitation game”. A movie that really says, in spite of what you are, or what you believe, we are All One. Damn if Cumberbatch didnt pull that off! Im straight and i felt his Pain.

to Echo his comments about Specs on the Box,

Back in the days of the ATi/nVidia/3DFx, they did have specs on the box.

Be careful with the 4000 series and any older (has to be ATX3 or newer) power supplies.

Also … new power connector for the 4000 series has a 30 cycle limit - after pluging/unplugging the cable 30 times, it (and maybe the connector on the card) needs to be replaced.

Good to know. I also didn’t know about the new 12 pin connector that needs an adaptor for older PSU 's which takes like three or four 8 pin connectors to power? I’ll be standing down for a bit.

Probably going to go with my original plan to get the 4090 and a brand new power supply. I’m not concerned about the 30 cycle limit.

nVidia and their Proprietary tech, lol.
You can buy new cables, but they aren’t cheap.

The Power Connecter news isnt new, it’s been announced for 4 years and used for 3.