“Air Hauler 2 works. Just reinstalled to check, so its the latest version. Took the King Air on a check-ride, everything works as it should!”

Damn…that might have removed an obstacle to me getting it…

Alright - I bought it. I mean…let’s look at the reality of it.

It is the next version of P3D with some notable improvements.
It doesn’t really go on sale.
So I might as well buy it.

I’m the Imelda Marcos of sims. I know.

In this thread we'd like to track all the 3rd party add-ons that are being updated, not new releases! Below are a list of add-ons we know will work in...

In my Mom’s voice:

Wow…what a list. That is cool of them to put that whopper together…!

Oh…this appears to be great info for me:

“Useful tidbit: FTX Central will find and copy scenery installed into P3D v3, so you don’t have to re-download or copy it yourself.”

I’m the Imelda Marcos of sims. I know.

Buying simulators/addons is part of the experience for you, isn’t it?

Actually, there are newer versions than the one linked in the article. Search the FlightSim database for the string douglas_c-47* and that will pull up the latest plus repaints.

First few shots from P3D v4. This is a clean install (ORBX loaders aren’t ready yet) and with what I would call 80% graphics settings maybe (most of the sliders to the right except for some shadow ones and a mid range anti-aliasing). I don’t know what I’m supposed to do with the FPS slider, so I just put it on 30 locked and it is very smooth. Just did a Spring season, stormy weather flight around my local area (Asheville, NC) and it looked great, performed great. Nary a stutter. The included Carenado A36 Bonanza has been in P3D for the past few versions…it is a nice airplane to be included with the package. I didn’t see the Iris T-6 Texan in the menu…and I haven’t tried any of the other included aircraft, but the selection alone seems like a good value.

The default Asheville area scenery seems pretty good - looks authentic enough to suspend your disbelief. The soft clouds and cloud shadows are really nice…I might tone down my HDR settings a bit though, things have a bit too much of that Barbara Walters filter I think (soft glow). 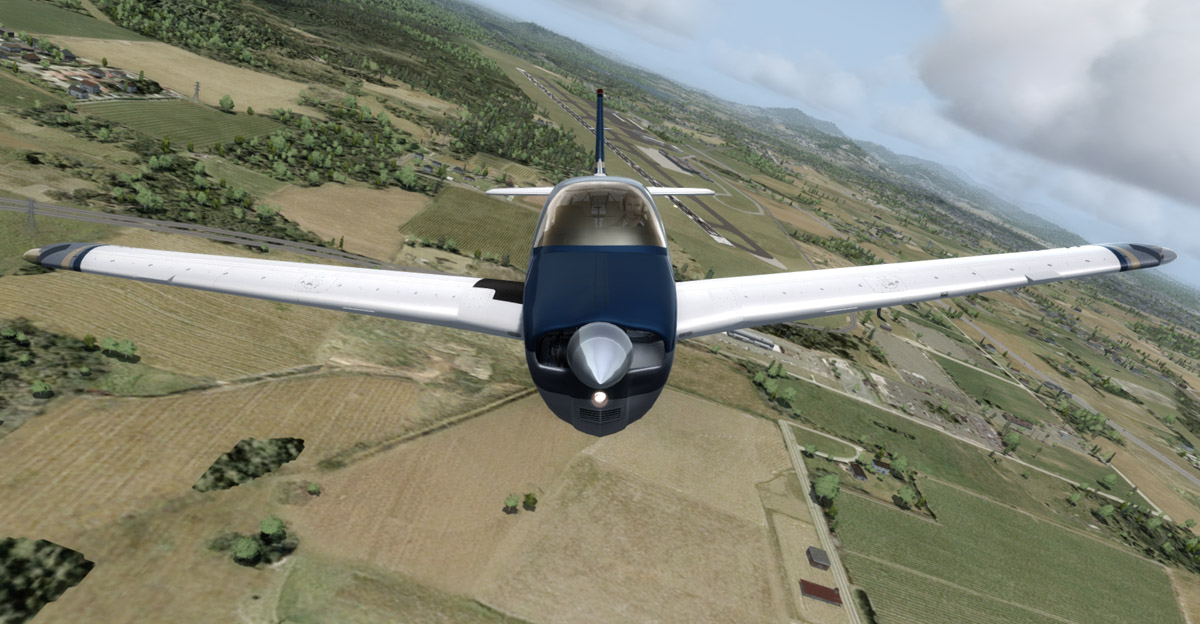 FSUIPC5 is released. This is one more hurdle that was keeping me from swapping over ASAP.

The F-16 looks OK…but the flight model is waaaaay off. For instance. I took off, went inverted with maybe a 10 degree bank angle (so call it a 170 or 190° bank angle), was doing 450 knots, throttle to idle, and the airplane just stayed there at that bank angle bleeding maybe one knot per second, dropping maybe 100 FPM. Bizzaro…

Cloud shadows look great…and all of this is super fluid…

Not so much on the pictures I am afraid

Not so much on the pictures I am afraid

You had to be there I guess…

The Just Flight Lockheed Electra (included as a default aircraft in P3D v4) is pretty nice. Old school Collins radios that some of us older dudes will instantly recognize (I had them in my freight hauling Bonanza and Lance). The panel is nicely detailed…the 3D model is really cool. I could see using the Electra as a freight hauler in my Air Hauler company at some point down the road.

When you consider the number of payware developers that chipped in to add some content to P3D, it really does make the price of entry pretty attractive. I mean, you’d probably have to pay $5 to $10 or more dollars per vehicle to pick up these on sales elsewhere I would think. Just Flight, Virtavia, Iris, Alabeo, Carenado, and Lionheart all contributed payware quality modules to the default lineup. That’s pretty cool…

Investigating the default Scenery Library, I saw entries for these cities which are of higher detail than the default cities across the world. Not exactly ORBX detailed, but nice versions of them that show off what custom scenery can do. 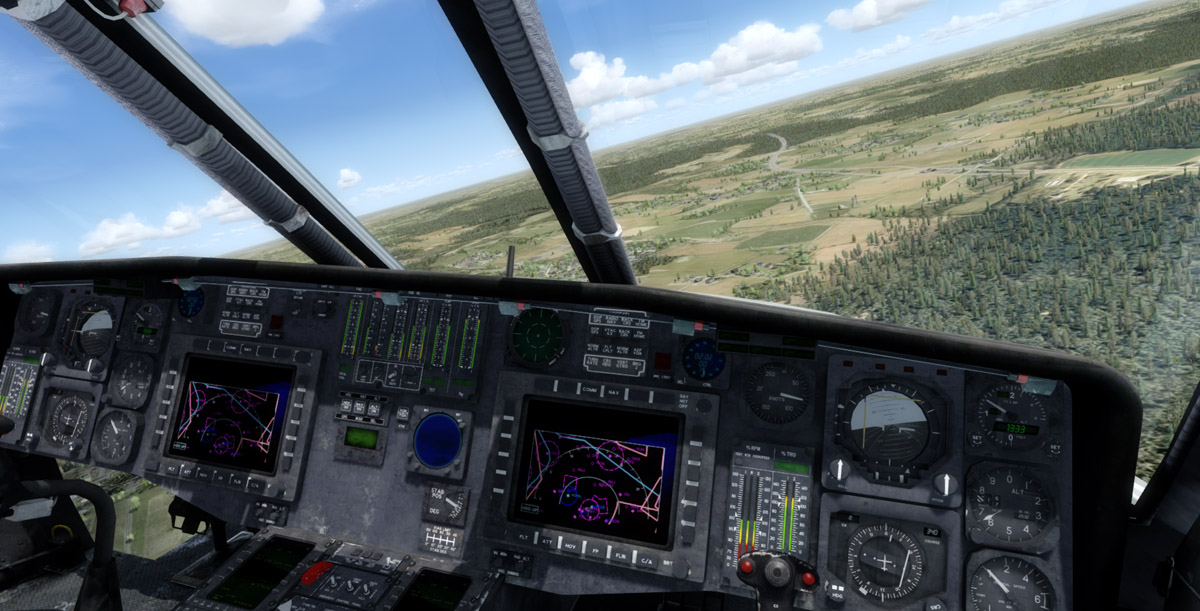 Here is an example of the HDR that sorta blooms out on initial switching. The brightness outside of the cockpit windows goes away after a few seconds…sort of like how it does in DCS World and ARMA when you are using HDR. Not really a problem unless you do a lot of camera switching (like I do)…and probably just need to slide my HDR settings down a notch or something…

The Lionheart Mooney (included default plane) is nothing to write home about…looks really nice in the outside view…inside view is a bit dated looking with regards to texturing, but it does have a nice lite G1000 panel that can still be popped out to 2D gauges. I like that when I’m practicing instrument procedures…(sometimes)… 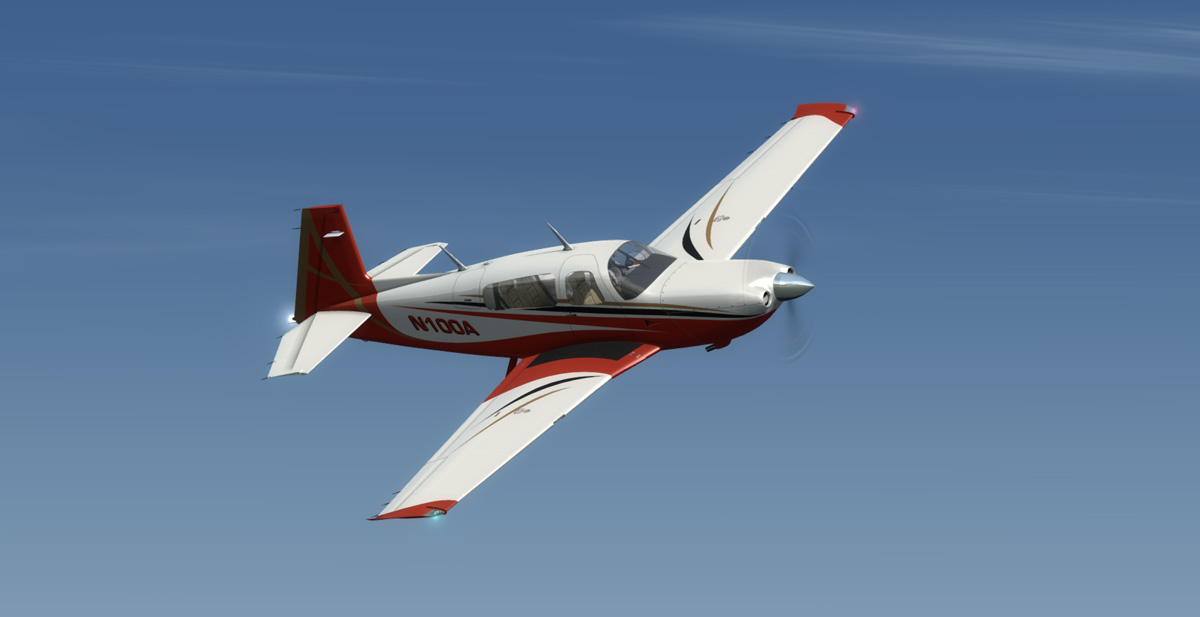 Rio is another of the detailed scenery areas…again, not ORBX type, but good… 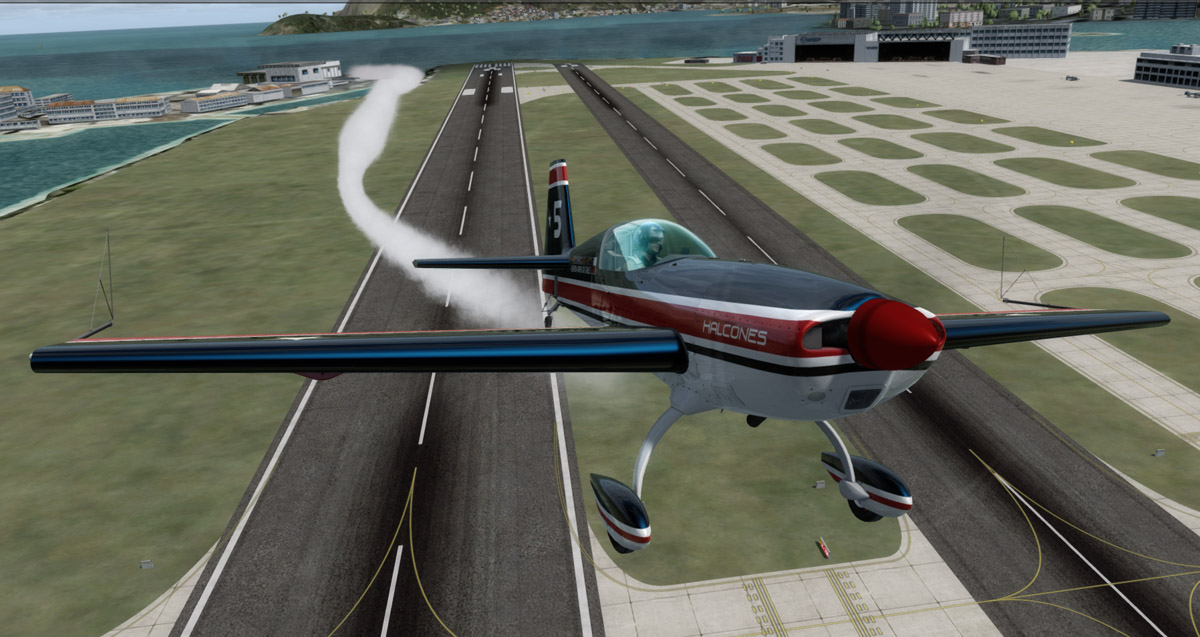 The Milviz P-38 (included default airplane) is fantastic. The cockpit texturing is amazing…sounds…all of it. And if you kill an engine in it…better be ready for that ride!

I managed to find some scenery that brought my fluid experience to a more challenging frame rate. San Diego area had me down in the 15 or so FPS with all my settings the same. This was the first instance of finding something that wasn’t glass smooth…but it was still playable. I’ll be interested to see how ORBX scenery fares…