So I like the P3D lighting engine, and it’s been roughly twelve hours since I’ve directly referenced the F-14. 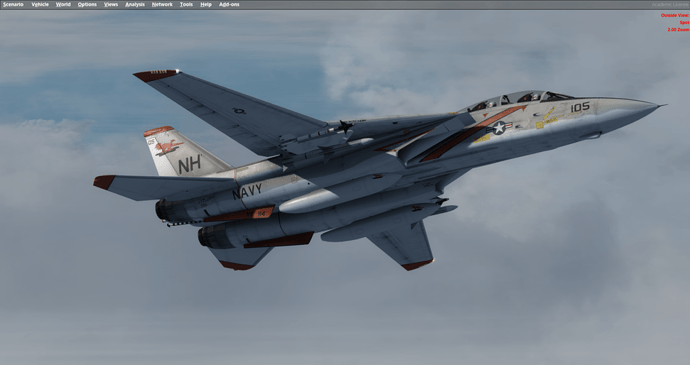 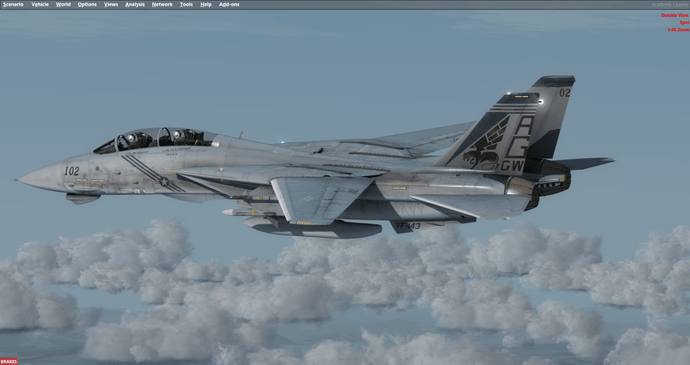 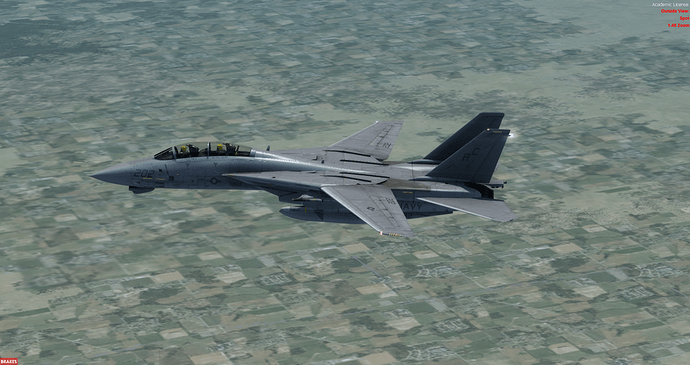 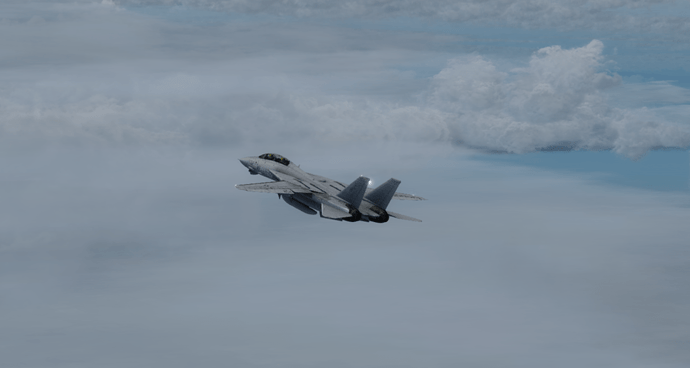 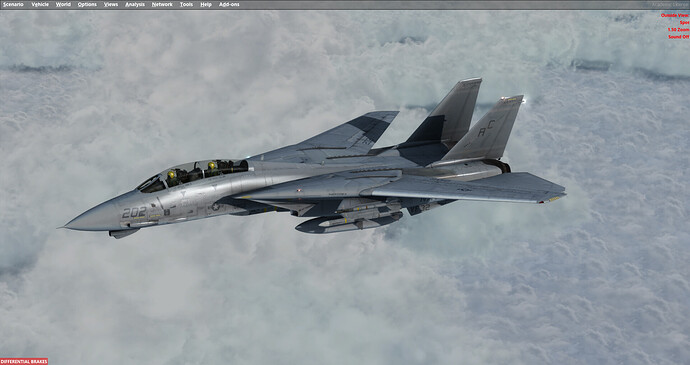 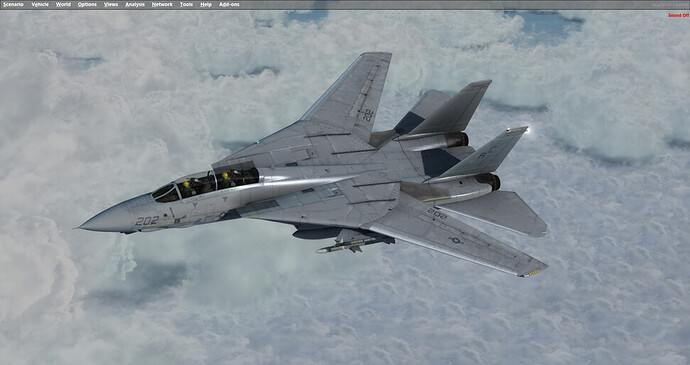 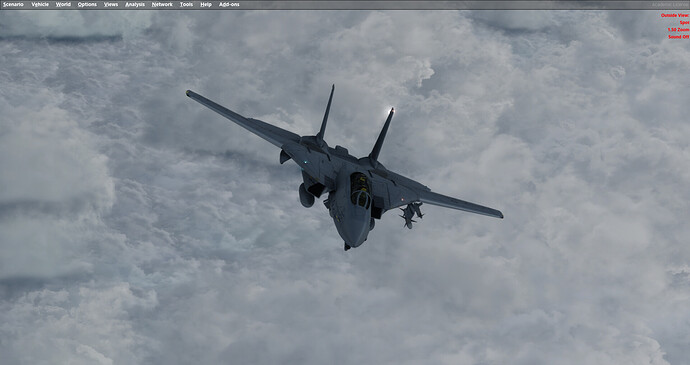 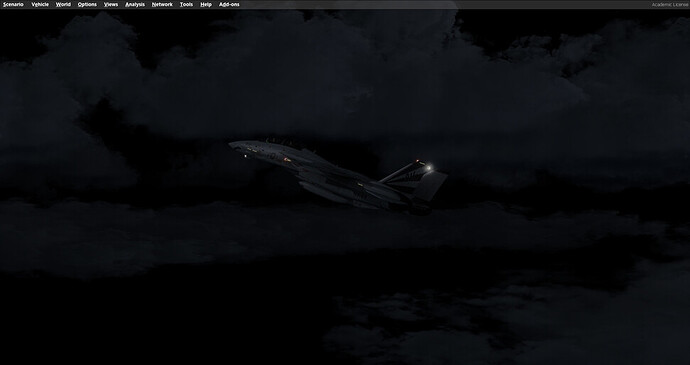 Which version of P3D is that? I bought v2 and I’ve only used it a cumulative 10 hours or so…so I’m really not too enthused about chasing the P3D upgrade cycle. Sigh…

This is v3.2. I literally only picked it up because FSX was giving me some stability issues I didn’t like, and the two jets I fly religiously: F-14 and F/A-18E are on it.

If I were starting from scratch I’d stick with X-Plane.

But only the Academic version for the F-18 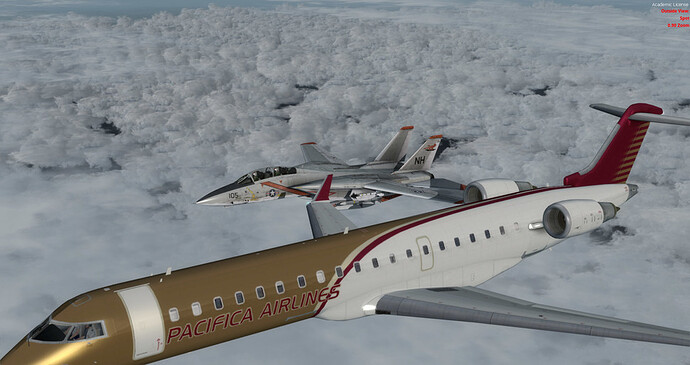 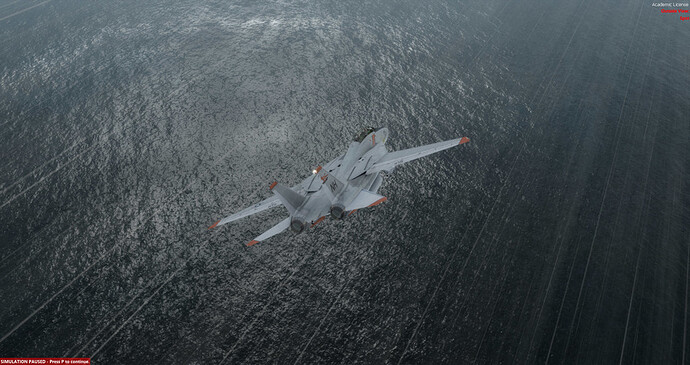 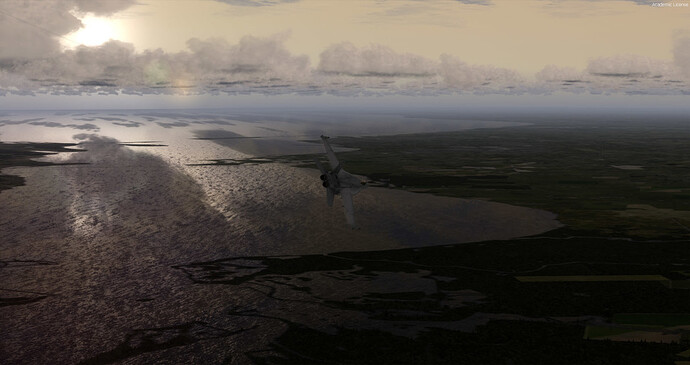 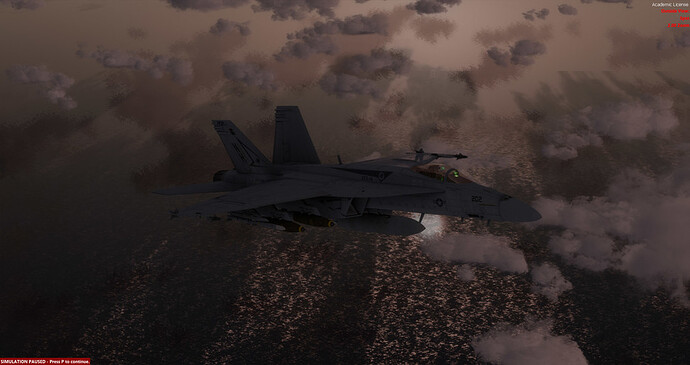 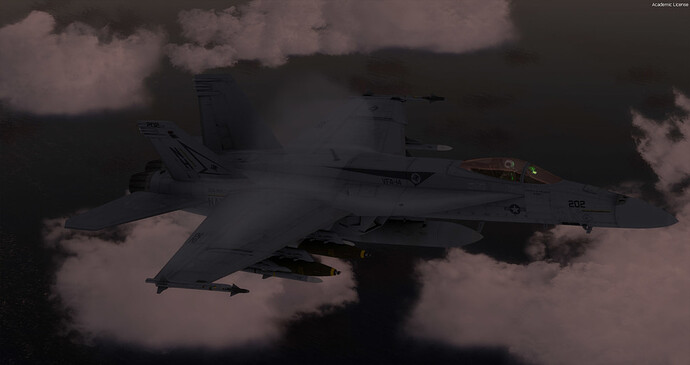 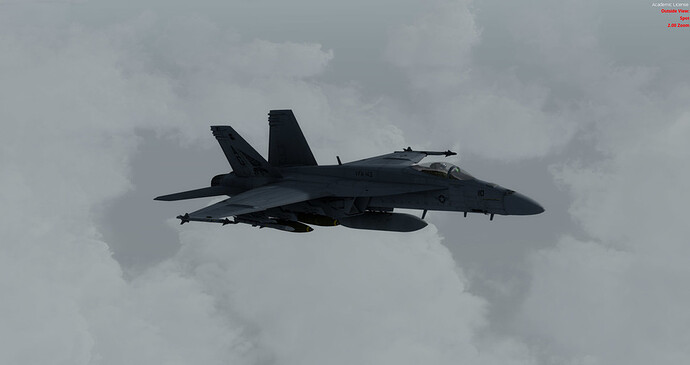 When your roll in to the target is extra cheeky 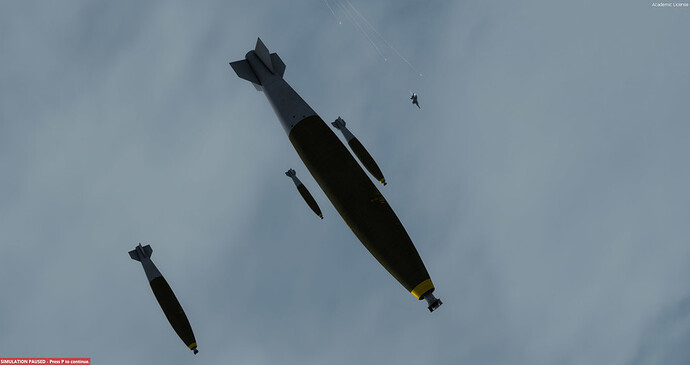 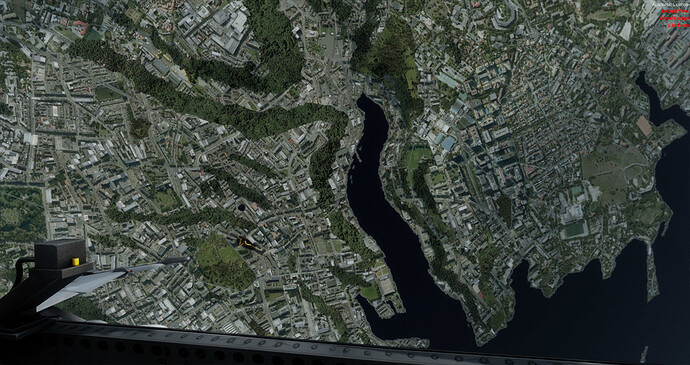 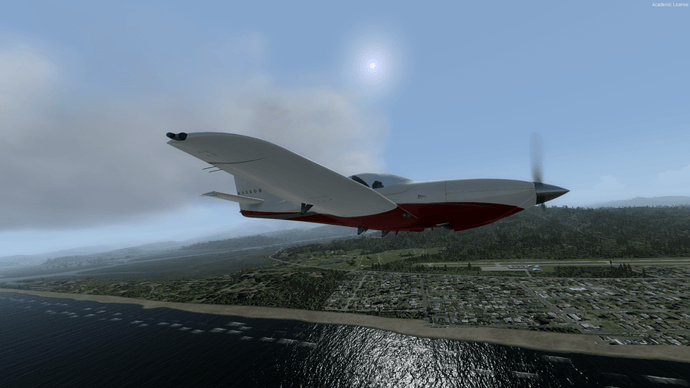 Pretty…! Is that a Lancair?

Finally resolved my “trees in the middle of the runway and shoreline” problem with P3Dv3. I had been using a migration utility that facilitated installing of FSX add-ons, but this time I did two things while completing a foundational rebuild, 1) not use that migration utility and 2) installed only add-ons that are P3D aware or installed ones that I knew how to manually migrate (like scenery that I manually added to the scenery library). Additionally, some of the ORBX scenery that I was attempting to install had their installers packages updated, including FTX Central 2. 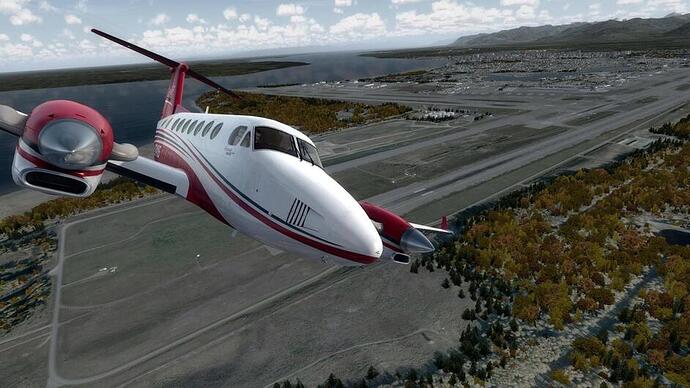 Nice shot, looks great, reminds me to turn up my autogen settings now that I have my P3Dv3 stuff installed and running well. One of my favorite P3D improvements over FSX as a recent transplant is no autogen popup.

Thanks and interesting that you mentioned autogen @Kludger. The only ORBX airport that is acting funny in P3Dv3 is Vashon Island (2S1), which is a freebie. So, not sure how motivated ORBX is to migrate it. Anyway, what is does is when the aircraft is using runway 17, none of the 3D buildings are visible. But takeoff, and land on 35 and they all appear, only to disappear when you turn back on the reciprocal heading. I tried sliding autogen to max, but that didn’t solve the issue.

Anyway, Vashon is a really cool little airport not too far from SEATAC, but much more FPS friendly. I have some friends who live on Vashon, so fun to demo the scenery when they visit us. Orcas Island (KORS), Stark’s Twin Oaks (7S3), and Darrington Muni (1S2) all work perfectly in PNW, so don’t think that it’s an install issue. Vashon to Orcas for the $50 hamburger is a short fun scenic trip.

Having spent a bunch of time in X-Plane lately, I’m really appreciating the stock clouds in P3D. Not particualarly good in my screenshot above, but flying in and around them they look great. 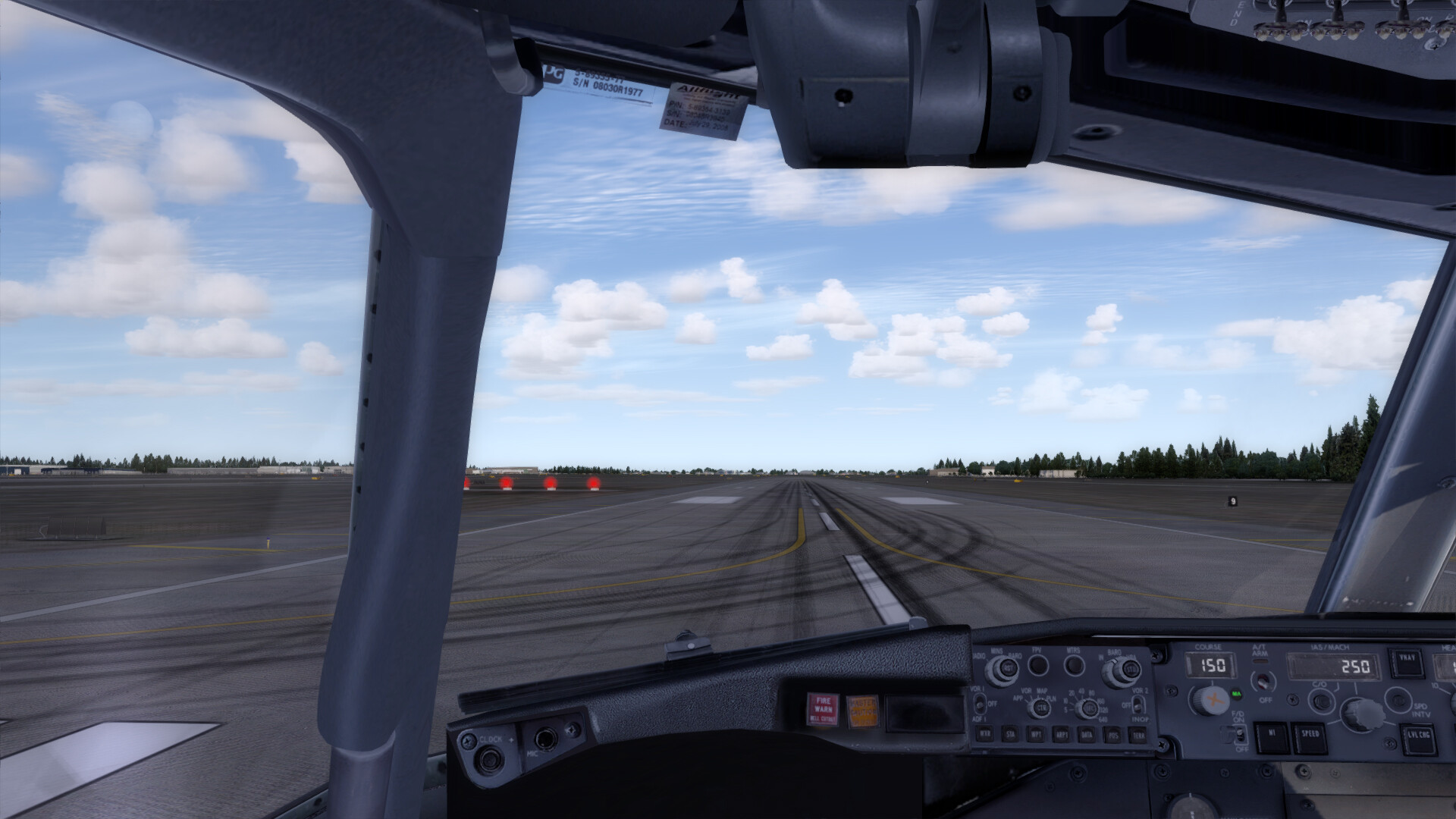 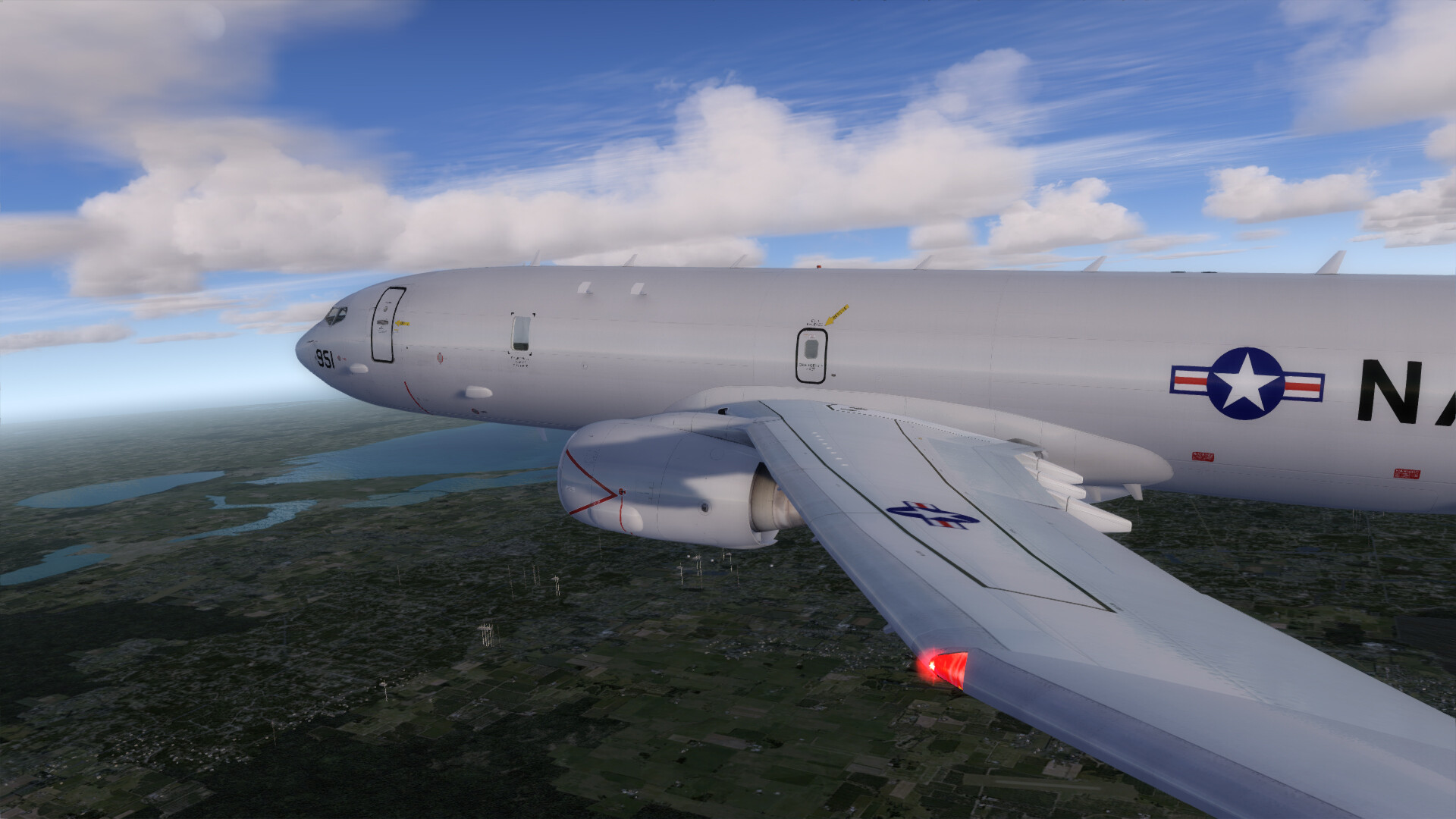 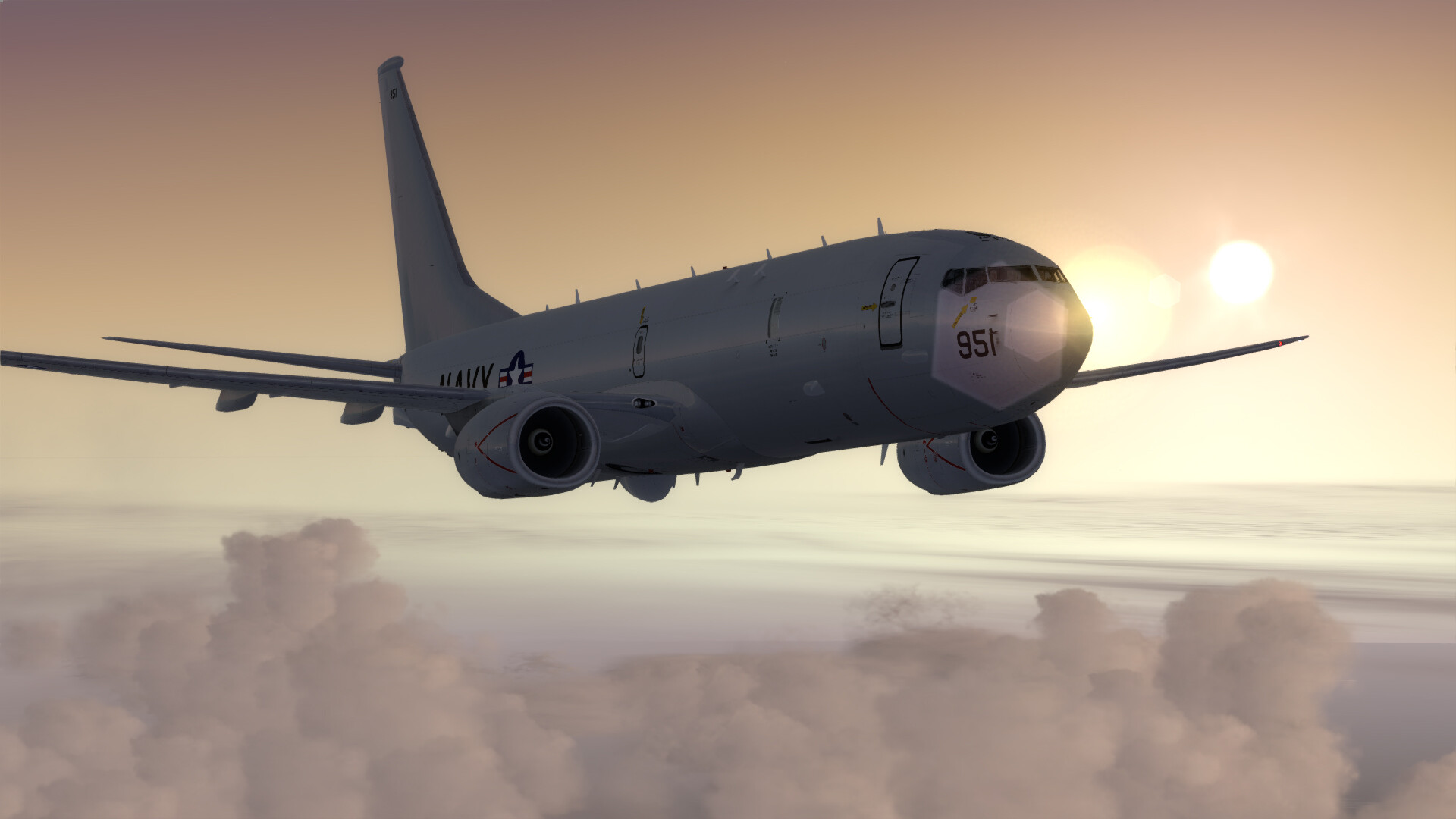 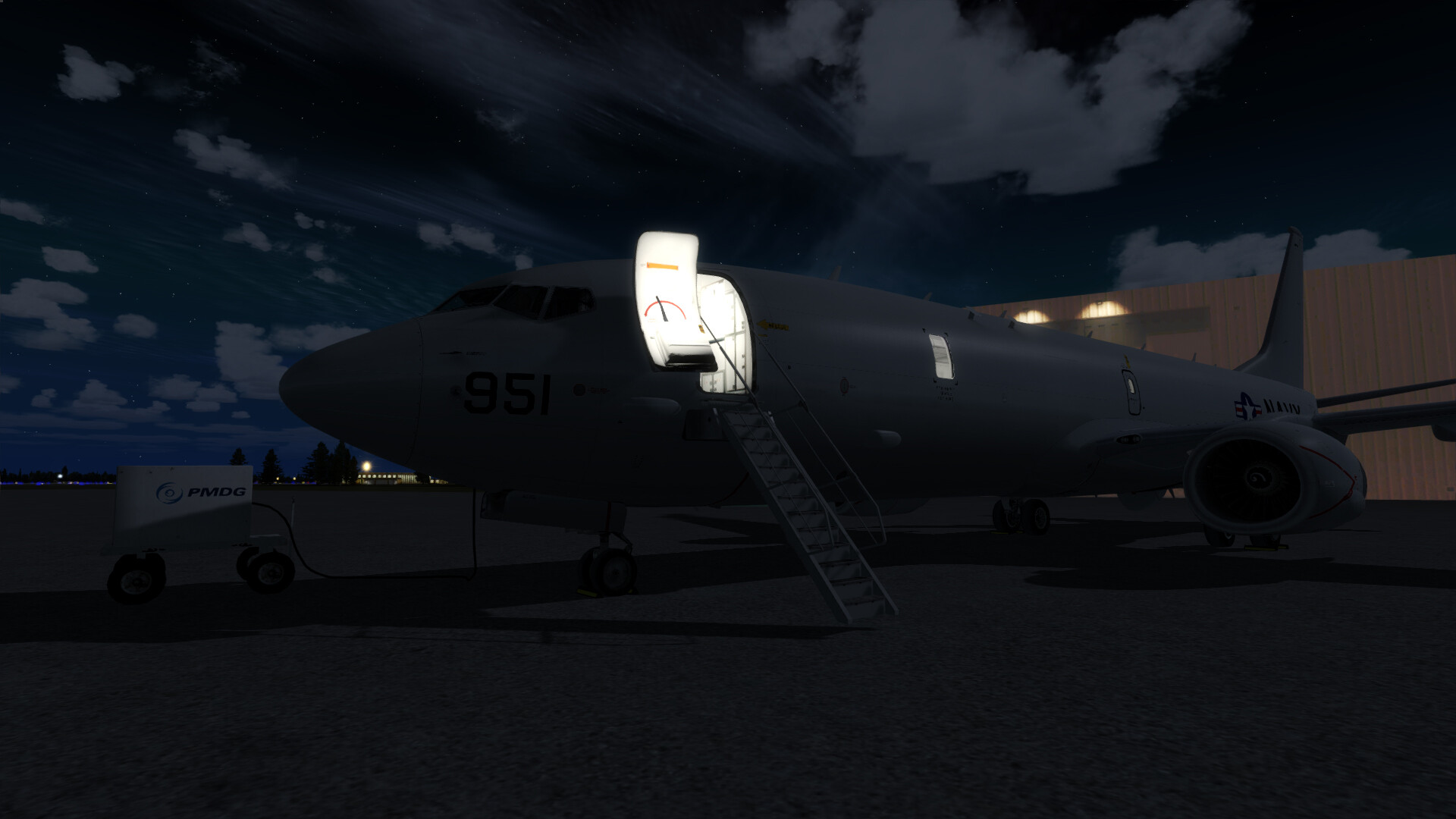 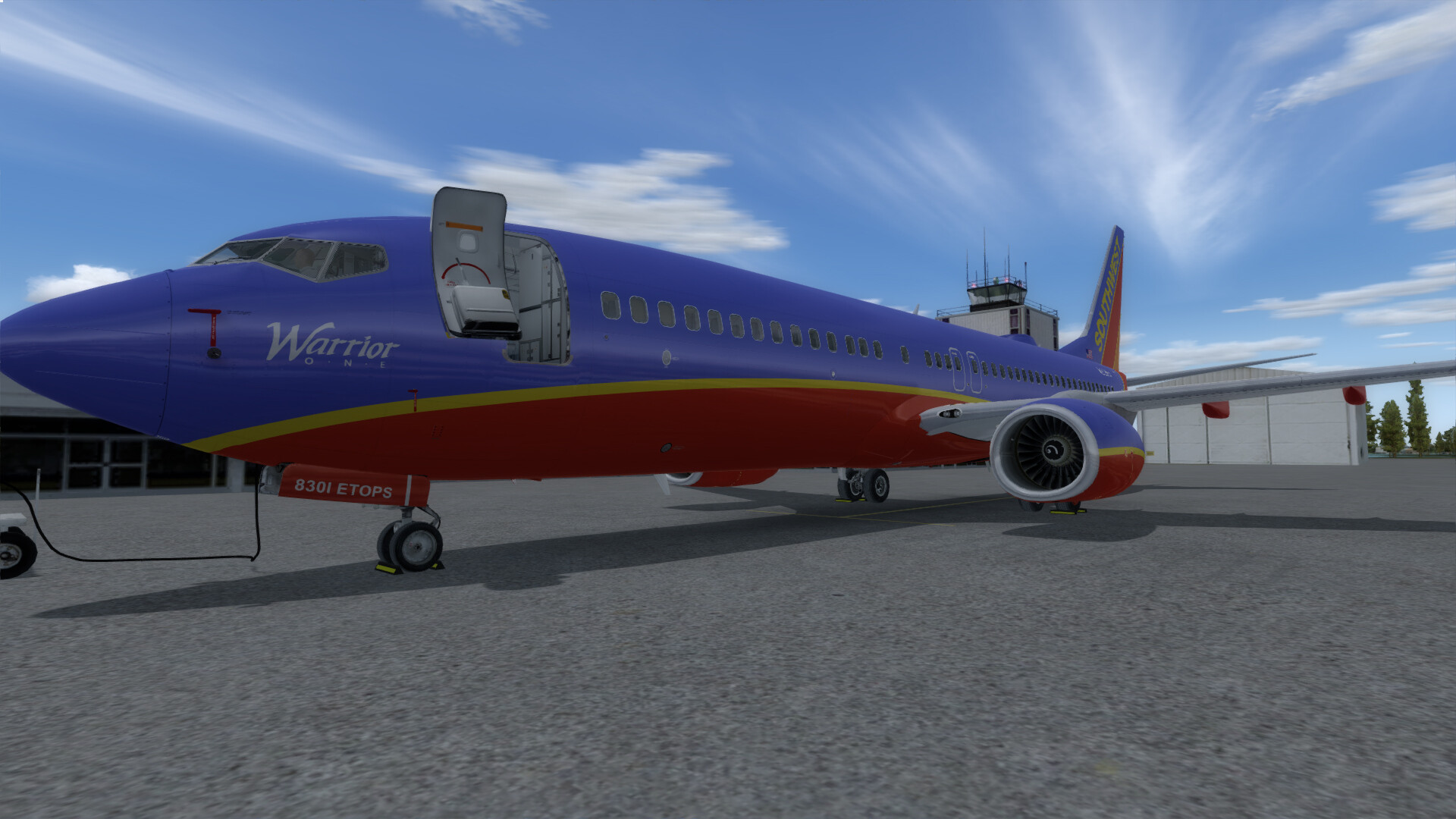 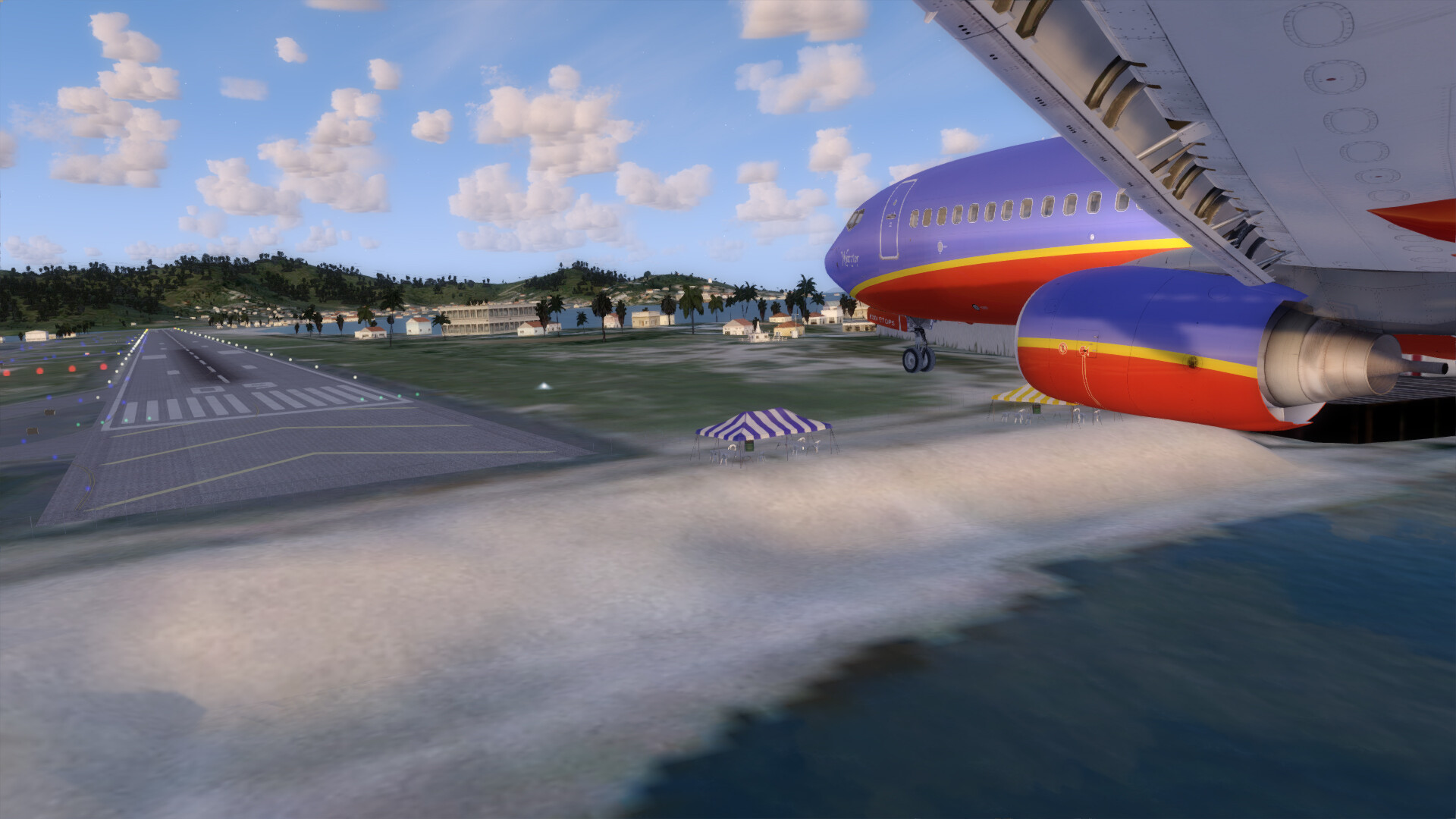 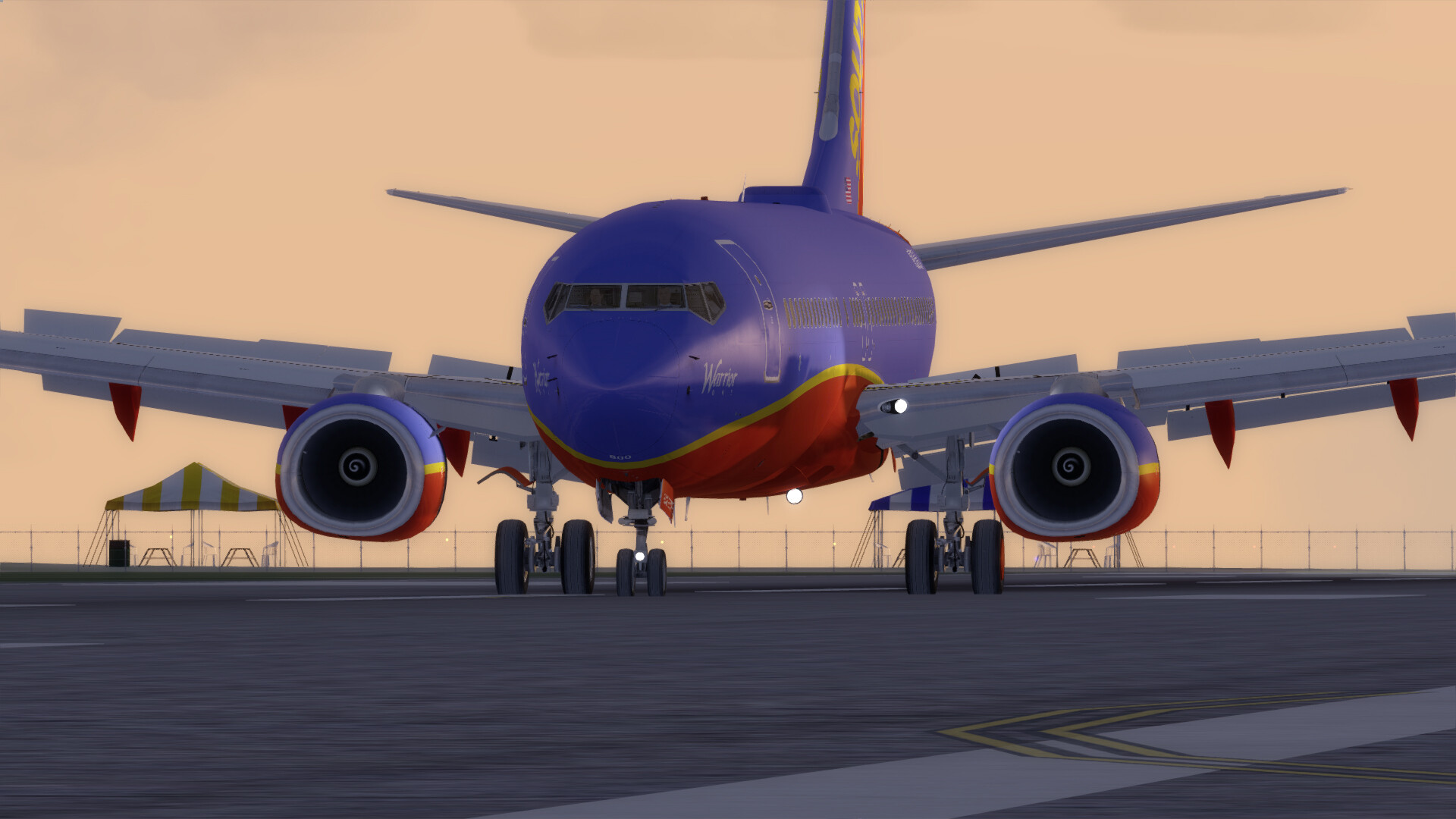 Thanks @komemiute. That edit is pretty rough though. I’ve got to stop using Picasa and learn Light Room for basic edits and resizing. I’ve got a license for it to use with Photoshop for some basic editing for web and marketing material at work, but just have a pretty basic knowledge of PS at this point. Just looking through Lightroom, the concepts are pretty similar to Picasa (now unsupported). The output is most likely better. 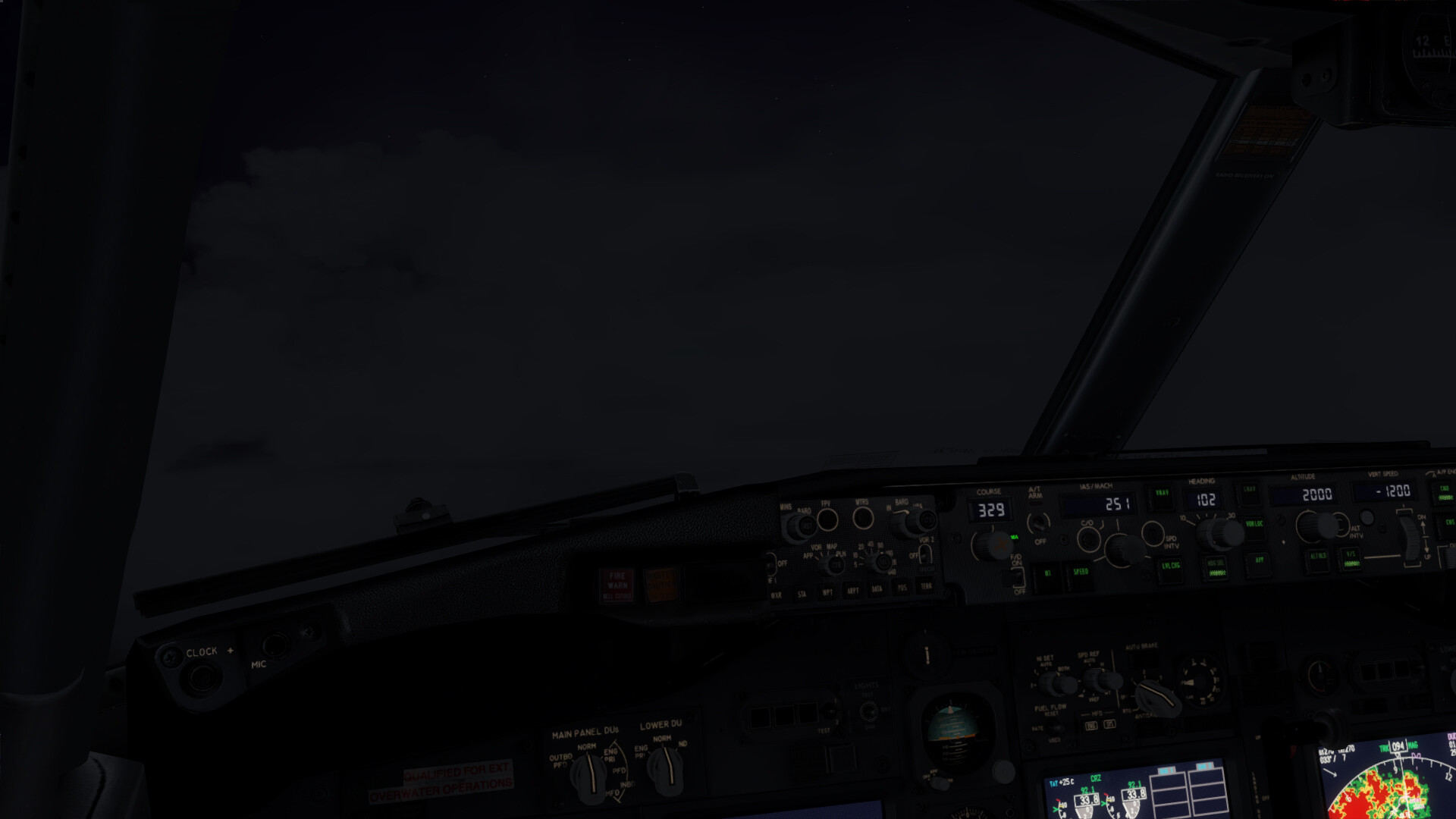 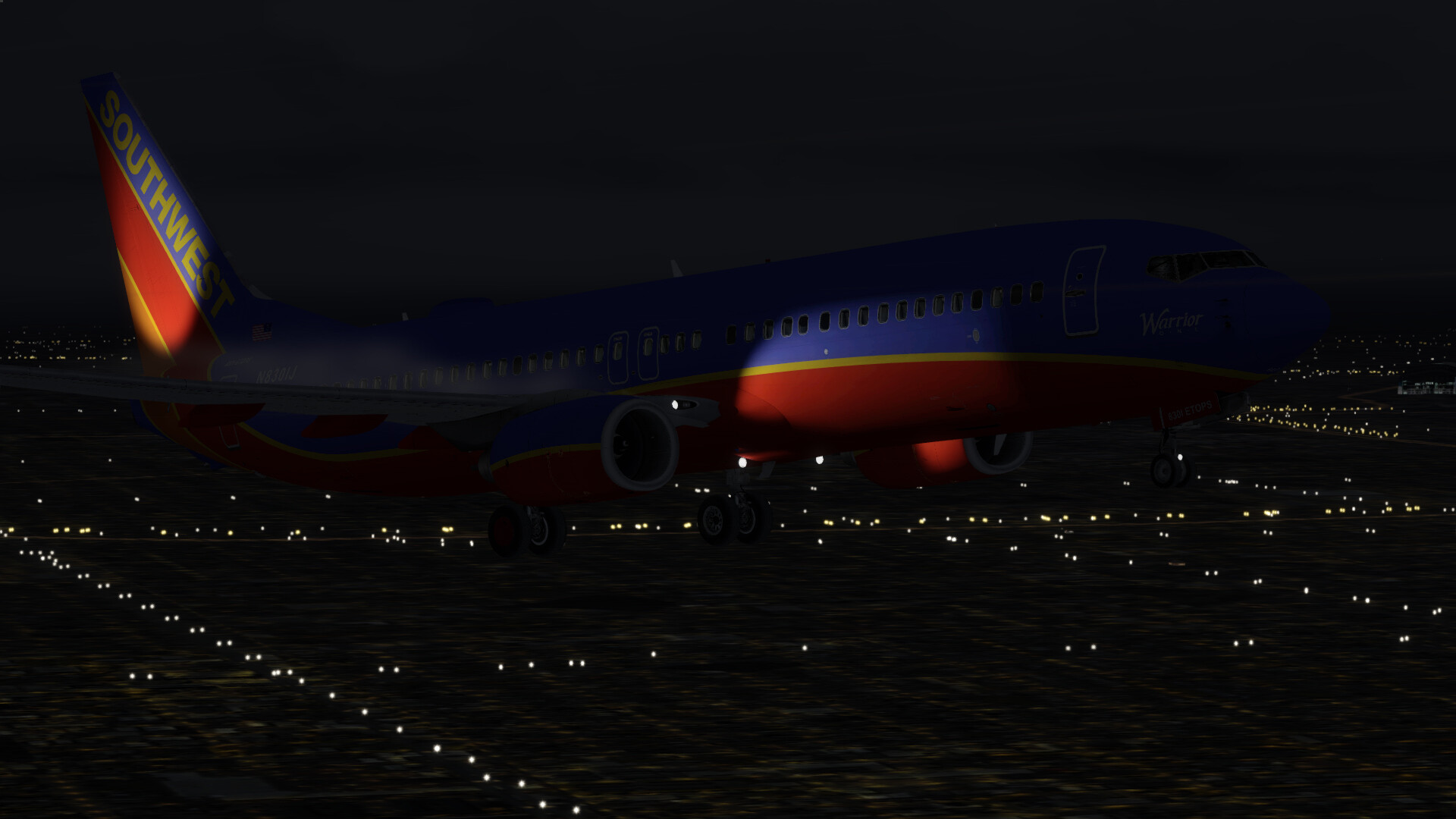 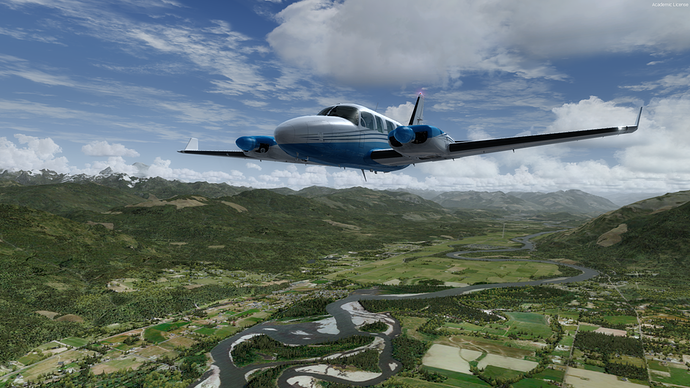