My sole purchase from the Corenado sale. One of my flying friends has his bird in the T hangers on the west side of KPDK. A couple of doctors (brothers) have one of these in the hanger behind him and when they pull it out, it looks fast sitting between the hangers. It’s a badass beast on the ramp.

As a tip tank fetishist I approve.

I’ve had this for quite a while and it s one of my favorites!

As a tip tank fetishist

Nope, don’t even what to know what that entails

She was my first Carenado purchase in X-Plane, and is also one of my favorites. Great plane!

I don’t know what took me so long, because I’ve always admired the design. One thing is for sure, that the Cheyanne is not a plane to get behind in. She wants to stay north of the 200 kits mark and getting her wowed-up takes some planning. Not like a Beachcraft at all. At least in the Carenado version.

the Cheyanne is not a plane to get behind in

Learned that the hard way as I’m still learning the XP GPS systems. Made for an interesting first IFR approach into KAVL.

So idle and props full forward doesn’t act like an extremely effective speed brake? That works like a charm in a King Air.

I started with a Chyenne by Aerosoft for FSX. Got used to its “slipperiness” there. The Carenado versions is pretty similar. Definitely do not want to get too close to your arrival and still be at altitude. IIRC I’ve ripped the wings off more than once trying to get down.

It definitely worked for me.

I just got in a bit of a helmet fire during that descent while also trying to fiddle with the GTNwhateveritis.

At least not in the Carenado version of the PA31T. In the King Air, and I haven’t flown one IRL, but ridden in them a bunch of times. I’ve exited a jump ship last out and watched the pilot do basically a split-s and point the nose at the threshold from 15k ft. My brother and I tried diving after him, but could stay with him

Did a more radical version of this a bunch of times at Myrtle Beach and Memphis in Mike Mullins Super King Air. When the plane rolls with the load in front of you, you have 9 mins to be ready to board. Point is that he can point the nose at the ground and not overspeed.

The King Air 200 can be flown at 250kts to a 3 mile final, bring the power levels to idle and easily configure to be on-speed/glide path and stabilized at a one mile final.

Not that it was very professional. but it was a cool trick to show the new kid if you didn’t have any passengers. You’d be hanging in your shoulder harness as it decelerated. That airplane was a lot of fun back in the day.

I never flew the Cheyenne. My company got one and I went through ground school, but moved on before I got checked out. Then later a very experience king air pilot let it kill him and passengers when an engine failed right after takeoff. Kinda soured me on the K-Mart King Air.

When I used to non rev ride on the Jetstream on Eastern Metro between Atlanta and Myrtle Beach, I’d sit in the front row and chat with the pilots during the flight. It seemed like they would pitch over from whatever assigned cruising altitude and point the nose at the threshold. Like from 10k. Was a fun ride always. 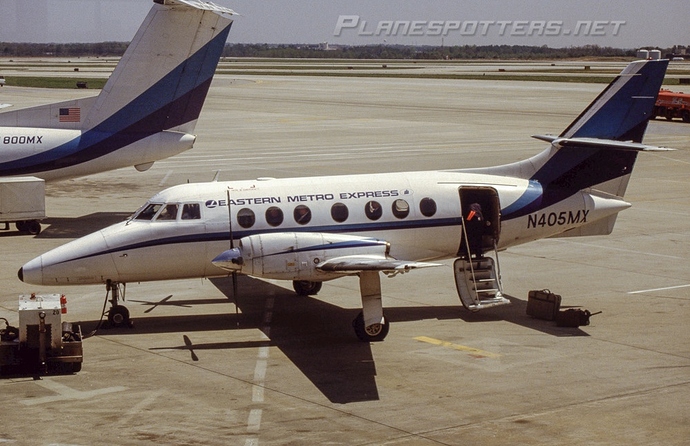 Co-working of mine flew those way back when. Think he called them “[something] Sewer Pipe”. No idea why.

That’s the metroliner. It was built in San Antonio and had the fuselage cross section of a sewer pipe.

Metroliner. Not good on the back I can imagine. 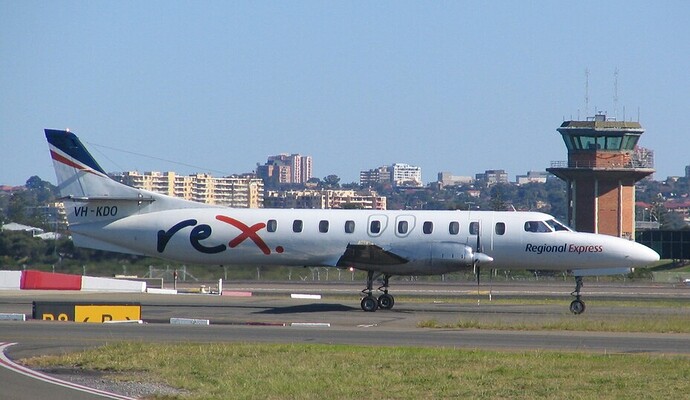