One thing that will be great with this F50 is the near future AH2.
Also the GTN integration is lovely and works fine, including vnav and lnav.
So, overall i’m happy with it.
About aircraft were you should do all tasks right or your aircraft will be damage, my fav are the yak52 and the xa tbm900.

4 posts were merged into an existing topic: BN-2 Islander

Condor 2 looks fantastic, but sadly that store that adds 23% more in taxes because my country have 23% VAT, its bad and sadly no money now to afford it ;(

It can get expensive. Especially as you will inevitably start adding extra gliders to your hangar. On the plus side they are not expensive (about 8 euros before tax or $10 US). There are some payware sceneries but most are free from the Condor Club website (you really have to pay their annual membership fee if you don’t want excruciatingly slow downloads). But, once all that is done, you are pretty much set. X-Plane and DCS have hit my wallet far harder.

I picked up the kodiak with the rep pack. Seems pretty nice. I’m getting some activation issues where it loads in the external view cockpit with pilot and copilot instead of the 3D normal one. Also some of the textures like the prop and mixture controls seem pretty low res. Need to investigate further.

10 posts were split to a new topic: PA31T CHEYENNE II

All you X-Plane pilots flying turboprops - just be grateful you are flying them in X-Plane because the throttle response is soooooo much better than what you typically find in P3D and FSX. Lots of developers worked hard with external flight/engine modeling on turboprops in FSX/P3D but the results were always sort of meh… Flying turboprops in X-Plane is way better.

A co-worker once spent 20 minutes telling me this same thing (this was early 2000’s). He was a KingAir CFI (or BE1900, or both). I just kinda stared at him like he was the Algebra teach and I was the poodle.

So, how’s the modeling in XP’s default C90? And if it’s not so great can I get an add-on to improve it?
Want to understand this whole turbo-prop operation thing, as far as operating the engines goes.

You are in luck because Austin has an affection for PT-6 “free turbine” modeling. So he is always striving to get it as accurate as possible…sometimes at the expense of breaking 3rd party developer’s interpretations of how it should be.

I haven’t dabbled with the C90 much. As soon as I get a working serial number again I’ll try it out…

Getting my geek on
https://www.aopa.org/news-and-media/all-news/2018/march/pilot/turbine-denali-pt6

The default C-90 in XP is pretty darn good I think. However, my last flight in it was 26 years ago so my memory probably doesn’t serve so well. I also flew a Cheyenne briefly. The KingAir is a much nicer machine. The Cheyenne is a bit of a truck by comparison. I always wanted to fly the 400ls though. It was in a different league.

The JF Vulcan is a lovely aircraft, but sadly the manual organization and details is a bit of annoying. In the way to get better docs to answer some questions i found this amazing jewel:

Now it feeds all your most deep questions about Vulcan systems

I have no clue really, but’ I imagine it’s a handful to operate by yourself. Though that’s true of most of these, and half the fun!

” Directly quoted from MartynJF over on the Org forums. Just Flight and Thranda seem to be a great team!

after seeing the news https://fsnews.eu/justflight-bae-146-development-previews/ can we please ask the Thranda boys, once JF development is finished redoing the 146, can they maybe bring it to x-plane? i know they would make it a one-off plane, and i...

Just Flight and Thranda seem to be a great team!

This is definitely a great team. I think Thranda (DanKlue) has a similar mindset as JustFlight in wanting to get a lot of the details right. Carenado is a bit more fast and loose on their systems modeling (but the prices also usually reflect that).

A BAe146 would be awesome. Love that bird…

PANC by Zero Dollar Payware (i.e. it’s freeware)… I have had my eye on the development of this one for awhile now. 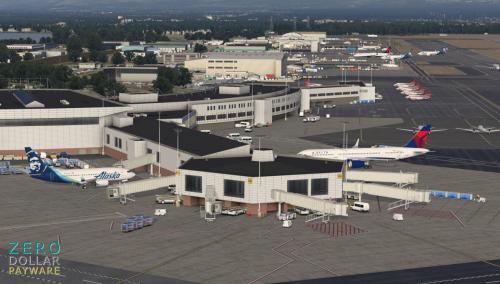 Welcome to Alaska! Anchorage International (PANC/ANC) is the largest airport in the state of Alaska and serves as the main link to the lower 48 and Canada. It is the 5th busiest cargo airport in the world and the second busiest in North America. It...

BAe146 would be awesome

Wow I would love one of those. Especially in the empire or QinetiQ colours 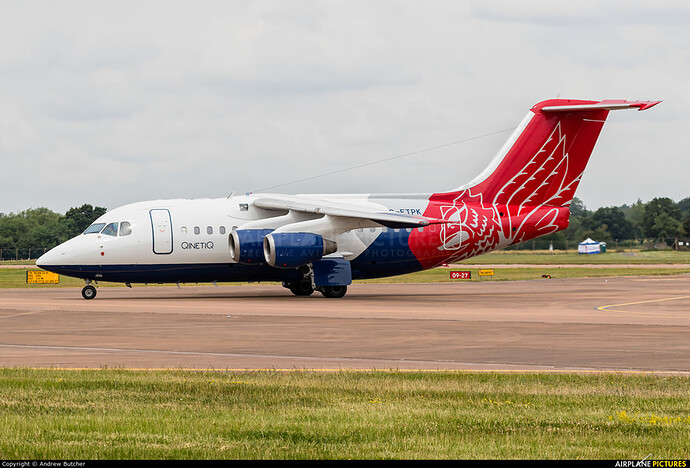 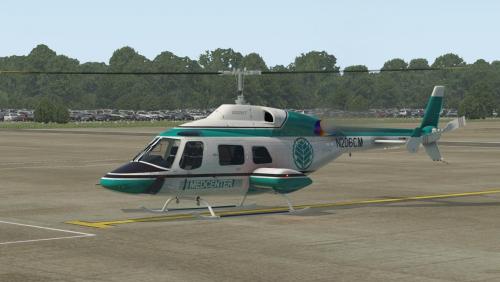 4 posts were merged into an existing topic: C-47 Skytrain