PMDG’s debut product for Microsoft Flight Simulator , the magnificent, new, flight simulation engine created by Microsoft and Asobo Studios is finally available. The PMDG Douglas DC-6 has been built from the ground up to capitalize on the vast strengths of this new simulation platform and brings to life the magestic DC-6 in a way never before possible.

Leveraging PMDG’s multi-award winning, advanced simulation technology we have married completely new cockpit and aircraft models, built entirely new technology features and layered them in a new, full featured sound environment unlike any yet rendered for a PMDG product.

Immerse yourself in a cockpit so detailed that you can almost smell the leather and feel the texture of surfaces beneath your hand. Every surface is modeled to minute detail, right down to dust, scratches in the surface of paint, wear spots on high-touch surfaces and thousands upon thousands of other small details that bring the simulation to life. 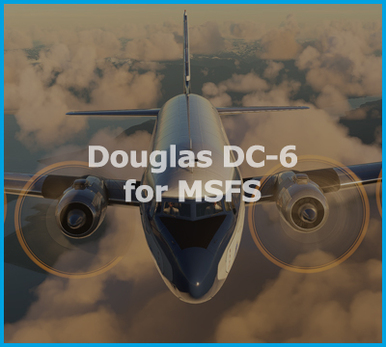 highly detailed airliner simulations for use with FSX, Prepar3D and X-Plane 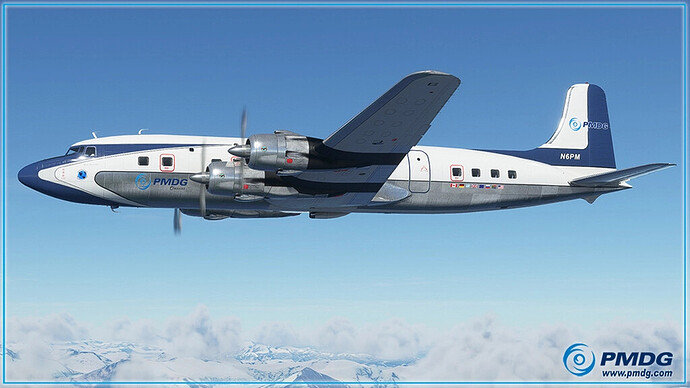 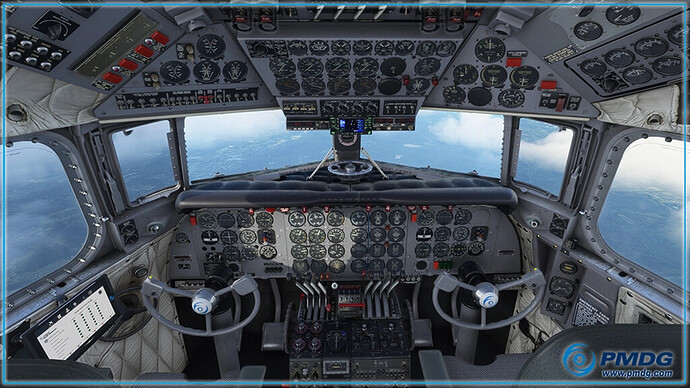 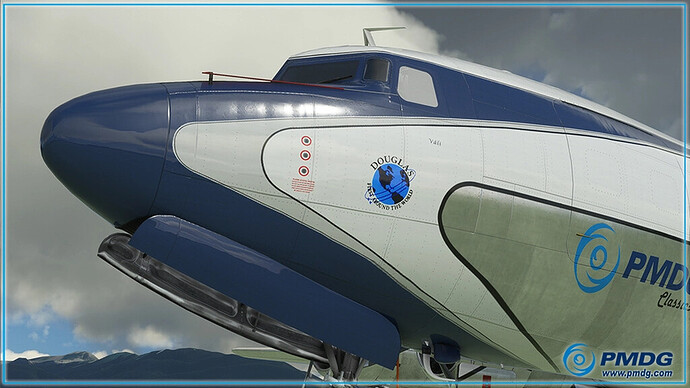 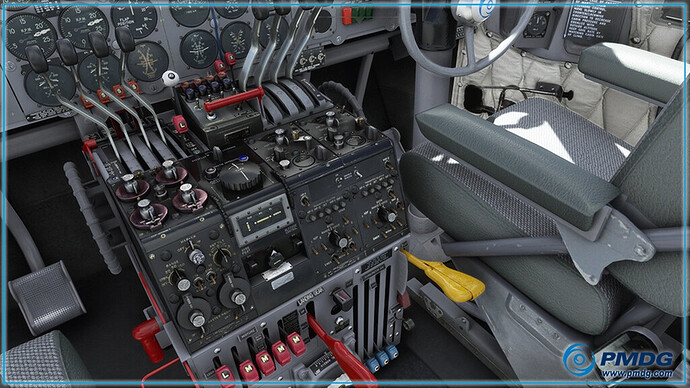 And like every fancy expensive dinner, it will be accompanied by a choice of fine whines. (as issues are discovered)

Imagine crossing the atlantic in that…
My Navigation Theory instructor at flightschool, used to fly on DC-4/6/7 with SAS back in the days. The stories we could trick him into telling

He was in his late 70’s when he tought us youngsters how to dead reckon… I’d flown anywhere with that guy, his compass, E6B sliderule and a stopwatch.

Picked up my Father’s Day gift

With that era plane, shouldn’t king Kong be on the Empire State Building?

✓ BeeKay animated King-Kong on the Empire State Building is a Microsoft Flight Simulator 2020 mod created by BeeKay. Download for free to enhance your experience in MSFS 2020.

Is it completed? The X-Plane version never got the fuel tutorials/lesson/documentation promised.

Having been stung on XP, I was a never again PMDG, but this does look very good.

I definitely like the looks of that plane. I wouldn’t mind flying it, but I’m an ultra casual flyer. I’m not going all in on $50 for a study/button turning plane.

I guess there’s not a freeware version by somebody else lying around.

She really does look good! 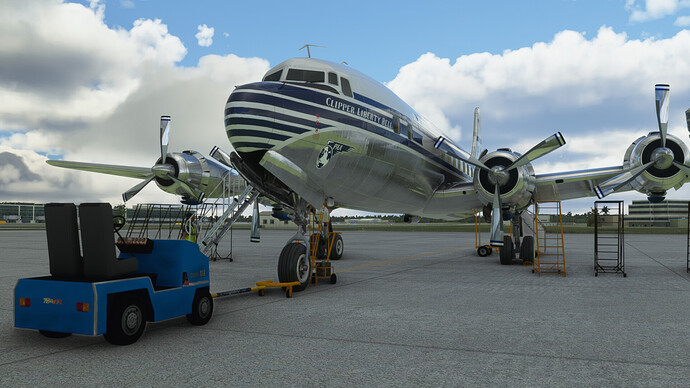 My kind of cockpit…steam driven. It would be nice to have the option to get rid of the GPS and modern radio equipment. 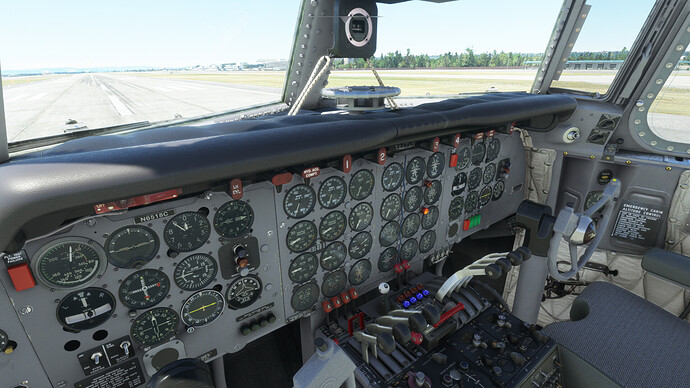 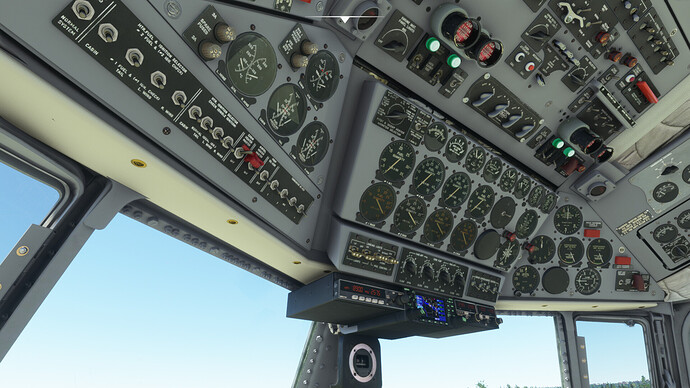 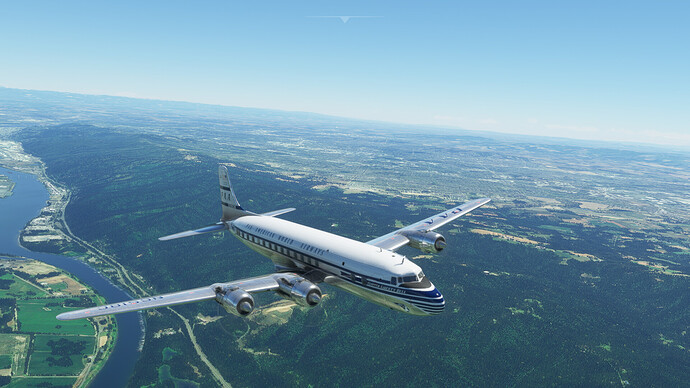 I just flew the tutorial flight from PDX to SEA. It went well up until entering the terminal area. It seems I lost control of my throttles… maybe something I did or an issue with the Flight Engineer overpowering my inputs. I’ll have to work on that. Subsequently the landing was less than satisfactory!

This is going to keep me occupied for quite some time!

How’s the performance? In VR even?

I haven’t tried VR yet (currently working through an 89 question cybersecurity vendor due diligence survey, of which there is a special place in hell for the author. No, I don’t have a policy governing the documenting of my documentation policy). Will try some VR tonight. I’m running MSFS 2D in Ultra and so far so good. Will get some FPS counts asap.

So I just read on the PMDG forums that there is an issue with MSFS and ‘complex’ aircraft addons in multiplayer. Lots of people are experiencing CTD’s if two or more DC6’s get close to one another. Until Asobo figure out the problem I guess we are all flying solo. I’m not sure about AI traffic. I’m guessing that this would affect the CRJ too, but I haven’t tested it.

Anyway, simple solution will be to turn off multiplayer.

A quick flight around the Bay Area (SFO). Still a lot to learn, but I did manage to fly a coupled approach to 28R. I still need to work on better power management while on approach, but I’m getting there. The Gyropilot seems a little bit temperamental. It works just fine as long as you engage and disengage it in the proper sequence, but if you mess up and it locks the switches, you can’t unlock them again. Some kind of switch logic issue maybe… could be user error too of course. 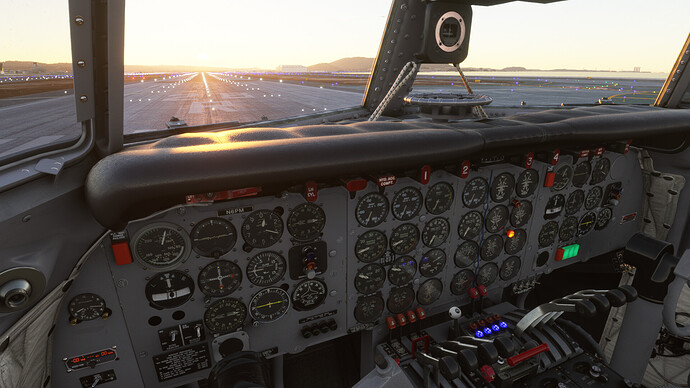 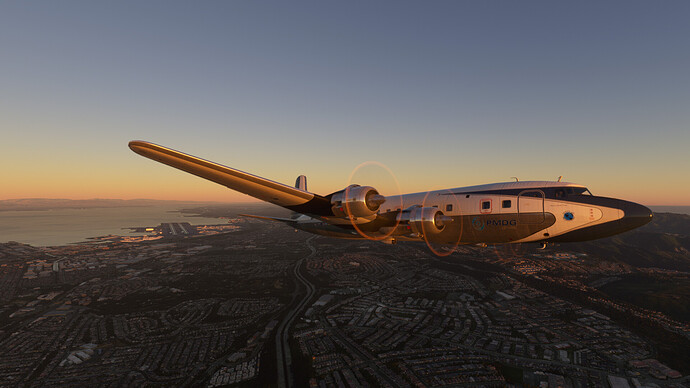 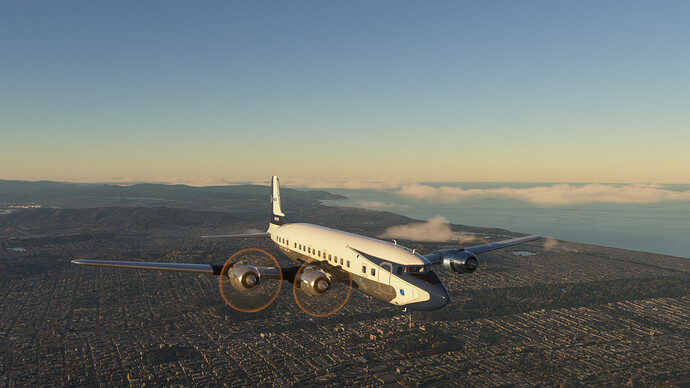 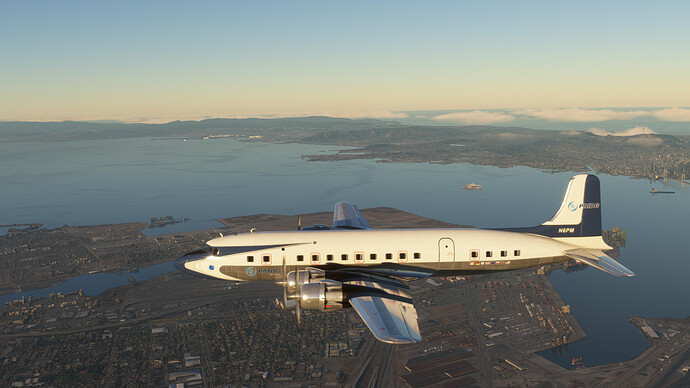 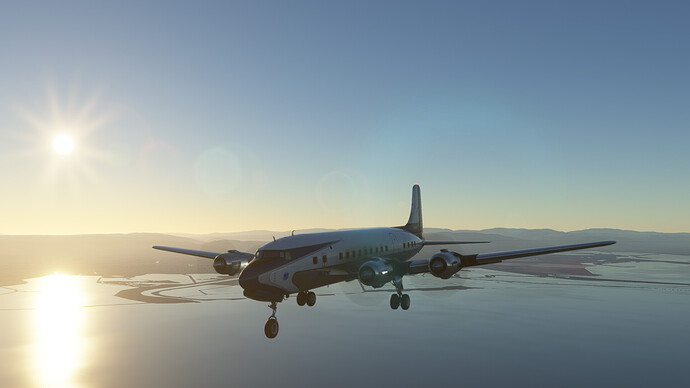 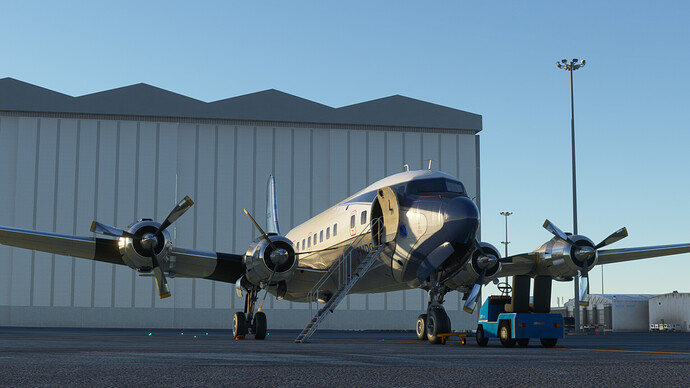 Well I’m a sucker for Golden Age stuff, so can’t pass this one up!

Does it come with restricted cockpit visibility from the whole crew chain smoking in an area the size of a VW?

LOL, today we would be reaching for the Smoke and Fumes emergency checklist…

How’s the performance? In VR even?

VR
I haven’t found a way to display FPS yet using the OpenXR runtime, but a pleasant surprise here is that at least on my system, the PMDG DC-6 runs very well in VR. I was using the VR preset, then slid Render Scaling to 100%. With the OpenXR custom render scale set at 75%, does this mater? I’m getting a really good experience in the DC-6. FWIW, I find that the key to happiness in VR with MSFS is once the sim loads, toggle to VR at the home screen. If I wait until the flight loads then jump into VR, there be all kinds of gremlins. Edit: I moved the OpenXR custom render scaling to 100% and could tell no difference in performance. So from this point on, I’m leaving both OpenXR runtime and sim both are set to 100%.

Ready to depart RDU in 2D with the Medium graphic preset (I usually fly set to Ultra). FPS is in the upper left hand corner.

FWIW, I find that the key to happiness in VR with MSFS is once the sim loads, toggle to VR at the home screen. If I wait until the flight loads then jump into VR, there be all kinds of gremlins

I’m going to have to try that! Thanks for the tip Dan!

I was using the VR preset, then slid Render Scaling to 100%. With the OpenXR custom render scale set at 75%, does this mater?

The OpenXR custom render combines with the sim’s render scaling, like a multiple. The difference is the sim does more work with its render scale is set high (more details to draw, higher resolution output etc) and your GPU does more work on the OpenXR side (effectively it’s just altering what the system thinks is the headsets resolution). An analogy is how DCS has PD and SteamVR has SS values to use.

The OpenXR custom settings were introduced because OpenXR would automatically reduce device default resolution if your GPU had a lower amount of VRAM, and essentially this slider overrides it and lets you decide the balance. On a 3080 you’ll be defaulted at 100% anyway.

The OpenXR custom render combines with the sim’s render scaling, like a multiple.

Thanks Fearless and I think that I understood that. But just to be sure, would you mind comparing two examples? Which of these two scenarios would be preferable, or is it a draw?

Back to the airplane. At some point, I’ll to a deep dive. But for the time being, given all of the tugging from RL and other sims, having the virtual FE (or is he the FO?), is allowing me much enjoyment of my investment. It’s great fun having not only the callouts, but secondary functions handled by the crew. We just need a mod that will transform Jester into his ex Naval aviator, now airline flight crew voice. That would make many of us feel more at home

The short version is it’s pretty much a wash and they’ll look similar, but it depends on what resource of CPU or GPU you’re running out of first. OpenXR is about GPU and MSFS render scale is more about CPU and GPU together.

The MSFS render scale is the sims internal resolution it is aiming for, so if that’s at 100% then it’s effectively the screen or panel’s native resolution. If it’s less than that then it reduces CPU and GPU resources as it’s rendering to a lower resolution, so things like Level of Detail (LOD) and the like are different (less work, less detail to do). It uses antialiasing (TAA) and a sharpener (CAS) to upscale the output if it’s less than 100% (and oversample it if more than 100%). So this then helps the CPU and GPU to say MSFS render scale at 80% because it’s like you are reducing resolution for framerate, but it’s still outputting what’s asked for by upscaling using TAA + CAS. If you set your resolution to 1920x1080 but using render scale of 50% then you get a 1920x1080 drawn to the monitor, it’s just the sim is only doing work for a 960x540 but then scaling up.

OpenXR custom render scale is a mulitplier used on the view sizes ‘advertised’ by the system as what the headset supports, and what motion reprojection would use to synthesize frames. This is really just about the GPU and your VRAM. What made things complicated was that OpenXR on WMR devices would actually reduce the internal resolution if you were low on VRAM, to trade off framerate for resolution. So in some ways it was a bit like the SteamVR’s supersample resolution value set to ‘Auto’ but rather than a metric like FPS it uses a set value of how much VRAM you have on your GPU. On a 2080 with 8GB it would automatically set the resolution to below Reverb native resolution (70%), causing lots of confusion. The way around it was the OpenXR dev ‘Custom Render scale’ values, which allows you to set it manually. 100% should be native resolution on your panels. A 3080 won’t reduce OpenXR custom render scale on auto anyway. If you aren’t using motion reprojection then you don’t save an awful lot making this lower, unless you have a GPU that is running out of VRAM.

So yeah, it’s a bit complicated, but the simplest thing is just to 100/100% and then turn down settings in the sim, like clouds, terrain etc if not happy. Because of the Reverbs high resolution then you can also do things like MSFS 80% / OpenXR 90% and hardly tell the difference, but get slightly nice frames - it’s almost infinitely variable. You can use motion reprojection and 100/75 and it will be fine as well. The trouble is people have very different tolerances for framerate so any hard advice is always arguable.