There are no words. You would think someone with a PC12 would know better. This has caused a right ruckus

I completely agree, the implication i meant being he had a slightly more advanced aeroplane than the warrior and motorglider crowd.
I have heard that he is a CPL holder not a PPL as reported. The dork.

Reading the story it seems like he doesn’t care about any authority and just does as he pleases. One of those pilots that deserves to be strung up on the highest CAA tree that can be found.

Oh they will. The RAF really do not F#%k around with this stuff. I’ll be keeping a close eye on this

Just because you can afford to fly, doesnt necessarily mean you should be allowed to…
lots of private owners unfortunately fall under this category & are all too often so used to getting their way
that the ‘rules do not apply to them’ mindset results in scenarios like this one.

doesnt necessarily mean you should be allowed to

he must have a pilots license ~ proven that he did know

The world is full of rich people with licenses not to give a F. This sort of thing happens all the time–less with military bases, which is why I guess it made the news. People do dumb stuff because they can and because they don’t particularly care about the repercussions. I once had the unfortunate job of flying Citation charters for a sock company that needed worship at the alter of Walmart twice a month. We’d sit in the office staring at the wall for 10 hours until they were ready to head back. The staff at Bentonville, AR had countless stories of the crap Sam Walton, their founder, would pull–just because he was rich and well-connected. Reportedly he flew into ATL unannounced…more than once! I think the FAA had to eventually tell him to cool it or they might take action.

If memory serves, this stuff used to happen kinda regularly before all the fancy digital stuff. Heck, this flight sim thing has shown me just how easy it is to not even find the place you want to land.

Miss-id’s: Was working a sector once (I was actually training) that was primarily military traffic. Lot going on. Some foreign nationals in F-16’s were training in air refueling.

The AR was “interesting” due to, a) trainees in the Vipers and, b) the language issues. Cleared one in to the AR track and such…but there just happened to be an AWACS passing a little ways away, and well below the track. Foreign Viper driver gets all the “stuff” correct, then proceeds to dive through the track and suckle up to the AWACS.

He’s off freq and I’m watching my instructor get a little sideways. So things start ‘flashing’ (alarms) and I say, “Hey, I’ll bet he thinks the AWACS is the tanker!”. Bingo. Probably akin to Navy drivers landing at the wrong boat?

When he got close enough to realize something was ‘missing’ he bolted right back up and comes back on with, “Say again ceen-ter?”. Best part was, as a trainee, I didn’t have to fill out the paperwork!

This actually happens fairly regularly at the Army post in my AO. The post runway is about 10 miles away from the municipal airport and as a result it was actually pretty common to see a light plane coming in for landing on post. 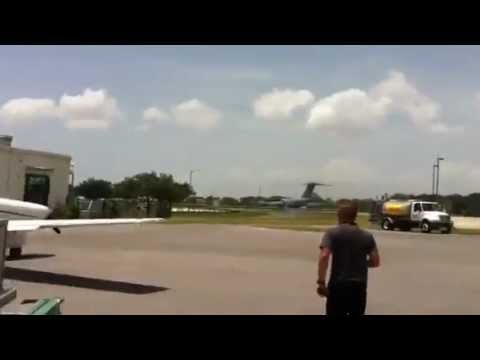 I think it is pretty cut and dried that the pilot should have done their research before making the flight to avoid this sort of screw up. However, there are a few factors that make this sort of thing disturbingly easy to do here in the UK, so I’m going to play devils advocate for a minute or two:

(DISCLAIMER: I do not have a pilots license - it’s on my to do list - just a healthy interest in the subject, so there is a real possibility I could be barking up the wrong tree here).

So to sum up, planning a private flight in the UK is fraught with pitfalls because of the disjointed way that services and aerodromes are managed. So I do have a bit of sympathy for the pilot’s mistake, although the decision to leave even though he had been specifically told not to is going to come back to haunt him I suspect.

As always, I could be very wrong.

To be fair to the “Zoomies”…and you know it pains my Navy-heart to do so…at least they were trying to land at MacDill AFB and mistook this small uncontrolled GA airfield (whose runway is aligned with MacDill’s runway a few miles to the west…but much shorter…and on the other side of Tampa Bay…) as MacDill AFB…home to both CENTCOM and SOCOM, both huge commands…hmmm…maybe I don’t want to be far to the Zoomies after all.

I’ve flown in and out of RAF Valley a number of times in the FSX world. With ORBX’s Wales scenery it is a great place to start out for the Mach Loop or just enjoy western Wales.

That’s a difficult one. I have on the odd occasion (normally when I’ve departed too early to call them) asked for ppr over the radio and been a little bit cap in hand about “forgetting” and it’s been fine but I would NEVER ever do it somewhere where the RAF own the place.
This whole thing just reeks of arrogance from the pilot. Especially as it was in wales which is in full lockdown still. I am extremely wary of people like this. He is one digit on a radio frequency out from landing on top of something on a runway
“Huh nobody on frequency, biggest global event shutting down society and airfields all over the country, no PPR, RAF property, obviously I’m safe to land here.”

The man is a fool

a private flight in the UK is fraught with pitfalls

Ok, I didn’t know it was that bad. Many years since I last visited England in a cockpit…
But still. If there are that many pitfalls, it’s even more important to tread carefully!
If I were to land somewhere without two-way radio comms with an ATC unit, I’d be damn sure I was allowed to do so.

If I were to land somewhere without two-way radio comms with an ATC unit, I’d be damn sure I was allowed to do so

I didn’t know it was that bad

To be fair it probably isn’t and I’ve probably overstated it a bit, but it’s easy to imagine a pilot growing complacent with non-communicating aerodromes etc.

Did you al catch this in the article?

When the pilot was informed about the restrictions in place in Wales due to Coronavirus he told them that “it was ok as he had it two months ago”. 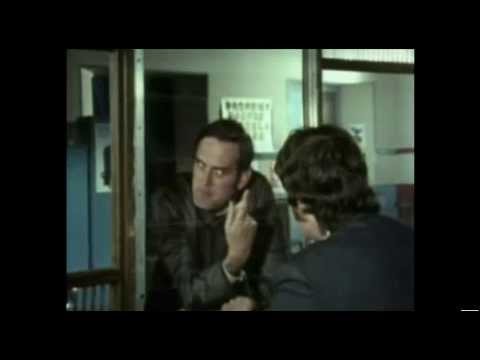 Not sure why it made the news really. In this country stuff like this happen quite often. Mistakes are what they are and depending on circumstances, forgivable. Gross negligence is a different animal. And then there is willful negligence which is worse yet. This landing falls more on the former and less on the latter. Given all of the dumb, stupid, hairbrained and no brained stuff I have done in planes in my life (none of it willful), I am disinclined to be too critical when others screw the pooch.