To save a few virtual pilots time setting up controls for helicopters in MSFS, I just spent the last hour testing and documenting what they are called in rotor vs fixed wing aircraft. I also tested the trim system, which behaves more like traditional trim than Force Trim. Here is a quick guide to set yours up. I recommend beginning from a good fixed wing profile for each controller and using the profile manager to copy it, instead of starting from scratch. That way views and other non aircraft specific assignments will be saved. Ideas and changes welcome.

NOTE: These were tested using the Cabri G2. It appears that some of them do not work with the Bell 407. Discussion. The Cabri appears to be more accurately modeled than the 407.

NOTE: Helicopter controls seem to be very much a work in progress. Some assignments specific to helicopters are linked to fixed wing controls, even if you deleted the assignment. Discussion. I haven’t found a manual yet, so unsure how accurately systems are modeled. As such, certain systems may not function as they do in the actual aircraft. With regard to the 407, think Nemeth Designs 407 instead of Dreamfoil 407. A real life 407 pilot comments..

NOTE: The MSFS helicopters have assists enabled by default, which for the most accurate simulation experience I recommend disabling. You will find them under ASSISTANCE OPTIONS > PILOTING > HELICOPTER ASSISTED TAIL ROTOR and HELICOPTER ASSISTED CYCLIC.

Don’t forget to turn off the helicopter assists. Not sure what they really do but everyone says that they need to be off for anyone who is not new to helicopters. I assume that’s me

@Fridge updated OP to remove Assists, thanks. In fact many updates today, including comments by a real life 407 pilot linked.

FYI, since the Cabri seems to be more accurately modeled than the B407 systems wise, I will be focusing on the G2. FYI, there is a WTT mode GTN750 for the G2 now.

thx for the notes @chipwich

hope I will try it tonight, looking forward to how it all works in MSFS

Will be good to hear your comments, NEVO. The B407 is the less developed of the two, being from Nemeth Designs. I would recommend trying the Cabri G2 first.

Thanks. Fixed. I also added SET to CYCLIC inputs as well to mirror what is in the sim.

is it only me or there are some curves by default? I noticed some weird movement of ingame cyclic in lateral axis.

As far as curves, check Sensitivity when viewing a controller. I found one on the rudder axis that I didn’t remember adding. But my memory is not what it used to be.

all good, linear, all assists off. so its probably only the graphics interpretation.

There is an additional tweak … that I don’t understand … noted on the Helisimmer page:

This seems to reset the whole flight model and fix it for a lot of folks out there.

I may try this tomorrow, if I get a chance. Otherwise it’ll be next week

sounds interesting. was in that particular option group, but didnt change it. worth a try.

I flew a bit of helis tonight, and I must say I do like the G2 a lot, it reminds me a bit of the DCS Gazelle I think. Definitely feels like a helicopter to me.

Of course I have never flown a helicopter in real life so I don’t really know, but it feels right, and I could apply my previous sim-knowledge from X-Plane and DCS and fly some nice maneuvers.

And I am not kidding when I tell you that the cat at one point jumped on the table and killed the engine (I think she hit the mixture slider and I did not realize what happened so the engine died), forcing my first autorotation. I almost made it. I might have lived but I lightly touched a tree so MSFS said I crashed.

Not a fan of the 407 so far, but I’ll patiently wait for the next versions. This will only get better.

Flew a little. Not sure what the procedure that I posted above is supposed to do … but I didn’t really notice anything.

One thing that I do notice (coming from XP11/12), is that I can’t get the Cabri ‘light on the skids’. It’s either attached to the ground, or in the air. I read (or heard/watched) somewhere that you get the helicopter light on the skids and neutralize all the motion (torque, etc). It gives you a change to get everything in the right place before you unstick. I can’t seem to do that in MSFS but I can in XP11/12.

I do have the VSkyLabs Cabri, so once I get a few more flights in, I will go back and compare.

I just spent a really nice 90 minutes playing in the G2. It’s such a delightful little aircraft to fly. Last night, I had been running out of anti-torque pedal a few times while taxiing, but I reset a sensitivity curve that I found this afternoon. All good now. I didn’t try the Legacy/Modern flight model trick, because I didn’t feel that it was far off the mark. It feels a lot like an R22. I’ll need to try the Robinson in XP12 again to see how they compare, but from memory, I bet that they are really close. Looking forward to see what helicopter developers will do with the flight model for various sized aircraft.

There is a performance mod for the 407 already.

this is the one which will definitely benefit from some more dev time.
but as mentioned by Chip, there is already mod for it and according to the mod description the guy has clear picture what is lacking. despite he missed to mention weak sounds

wondering if in Asobo team there are no helo SMEs or something. should check some career opportunities

Not sure what the procedure that I posted above is supposed to do … but I didn’t really notice anything.

its mentioned there that its for guys who experience FSX like (legacy) flight model instead of the described new one (modern). this trick should ‘reset’ it to the modern.

if there is no change after the reset, than you were on modern right from start.

agree, as I mentioned in screenshots thread, there is some ‘stickiness’ which prevents it.
on the other side, this is realistic in XP only after the ‘flight models per frame’ are boosted up. with XP slider on default value ‘2’ the skids are sliding on the ground too much imo.

I do have the VSkyLabs Cabri

… but this is good sign. if there are no obvious differences than we are good set for new commercial modules.

A couple of other notes.

Thanks @chipwich for posting the trim direction assignments. That saved me from getting annoyed while trying to guess

Flew around Abbotsford BC and the Cabri was very smooth. I feel like it was easier than I remember XP11/12 being - but I will get back to that probably next week.

Hover taxi is a little challenging. I am not sure if it is me or the flight model, but I have a ballooning/dipping problem. I never seem to react with enough (or too much) collective in my adjustments - so I opted for the DCS pattern I have for the F-18C - whatever you add, take back half. So I may lift the collective to stop a slow descent, but I need to drop it a little. Same goes if I am starting to float to high, drop the collective but then add a little back. It doesn’t seem to matter if I try to be smooth - whatever I add seems to be either too much or to little to start the change that I need. It’s like I need to be firm and say ‘down now’ and then take a little back to not over do it. It’s just a feeling, and likely related to getting adjusted to the different flight model than XP11/12.

Oh. There also seems to be no display for the NAV1 radio freq in the helicopter? I have one of the Saitek panels and it dutifully reports the frequency, and I can adjust it like I would expect but I can’t see it in the cockpit. Unless I am missing something, of course. That kinda sucks in VR as I have to take my hands off of things to peak under the headset to see what I am dialing in. I can do it before flight, but changing to another freq is … annoying.

Hover taxi is a little challenging. I am not sure if it is me or the flight model, but I have a ballooning/dipping problem. I never seem to react with enough (or too much) collective in my adjustments - so I opted for the DCS pattern I have for the F-18C - whatever you add, take back half. So I may lift the collective to stop a slow descent, but I need to drop it a little. Same goes if I am starting to float to high, drop the collective but then add a little back. It doesn’t seem to matter if I try to be smooth - whatever I add seems to be either too much or to little to start the change that I need. It’s like I need to be firm and say ‘down now’ and then take a little back to not over do it.

I want to say that it reminds me of Arma 3, where >50% had me going up, and <50% had me going down but hitting 50% for level flight was really challenging. Granted, I never took to Arma3 helicopters because I could never get past the flight model messing with me and making it feel gamey. Not saying MSFS has this … unless it is possible to have the axis mapping messed up and MSFS defining a ‘center’.

Again, not saying MSFS is doing this. It is just close to the same feeling that I had in Arma and that might be the easiest way to describe it. Could also be wind changes across the rotor disk during hover taxi. It certainly is better than Arma3 was (to me)

I actually got the Cabri trimmed out that it would fly mostly hands off at around 90 kts, maybe a smidgen of right pedal. It took high 80s torque, so don’t know if this is a typical operating regime. I’ve been watching this video of an IRL Cabri pilot and it seems like he is most happy with the torque settings in the mid 80s, although he hasn’t figured out trim yet and is fighting it the whole way. 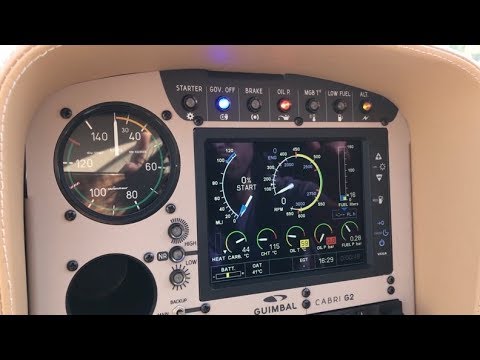