I dusted off Project Cars 2 and decided to take an Indycar out for a spin.
Screenshots are from Long Beach, Laguna Seca and Texas Motor Speedway. 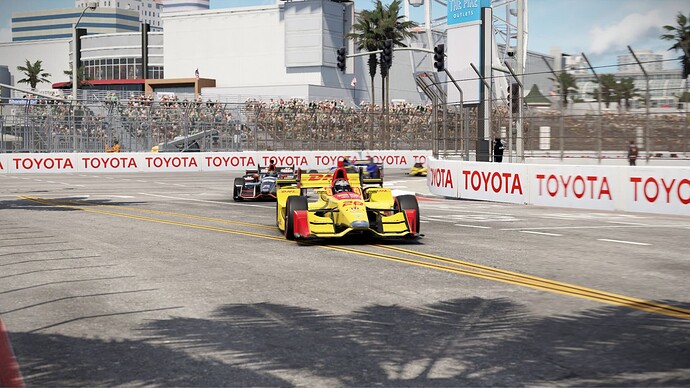 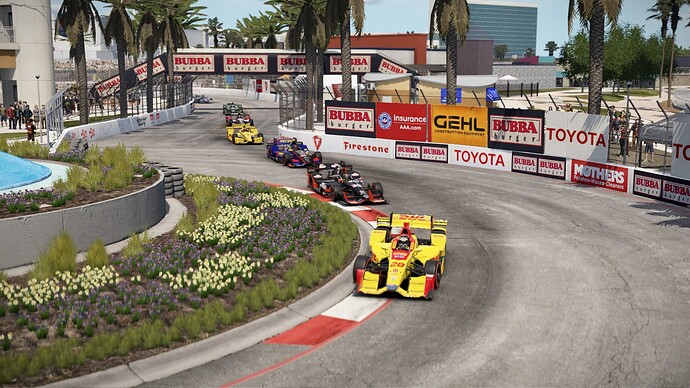 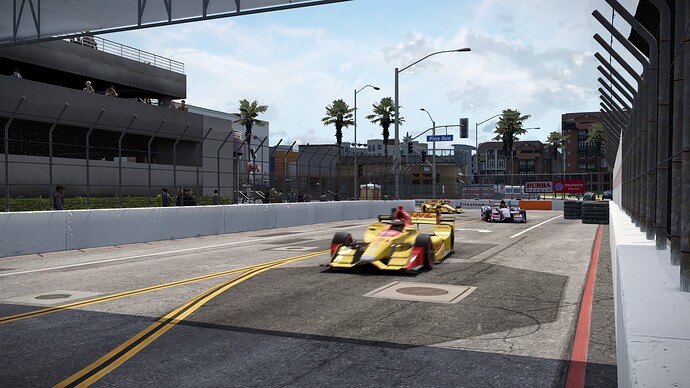 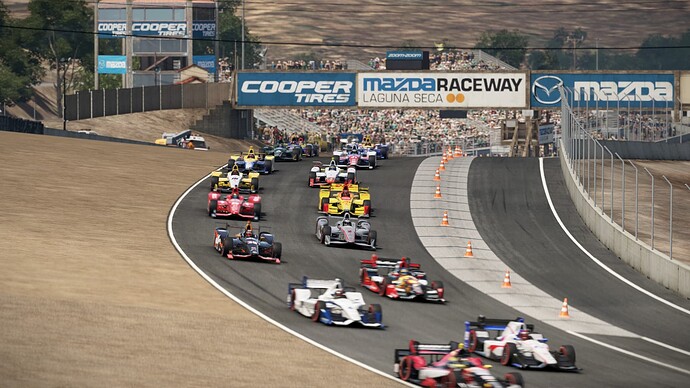 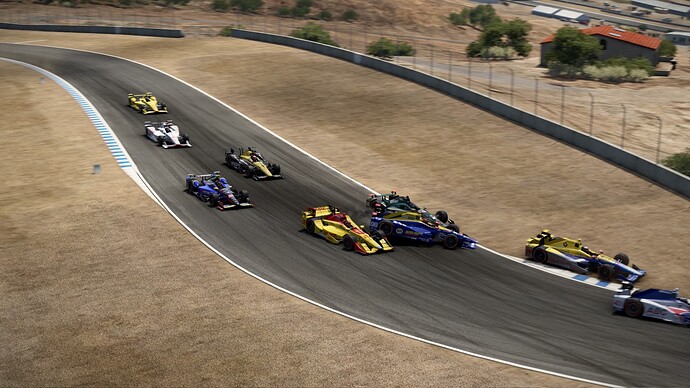 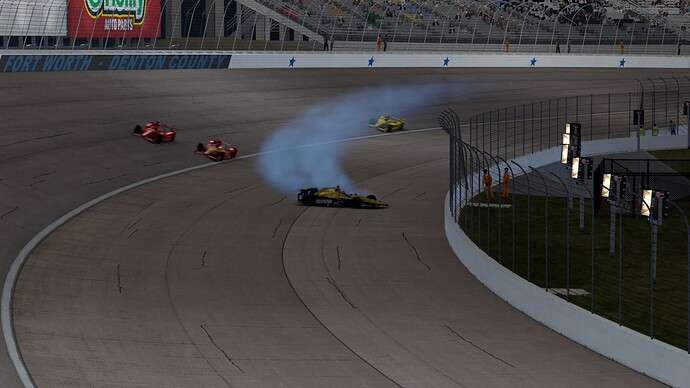 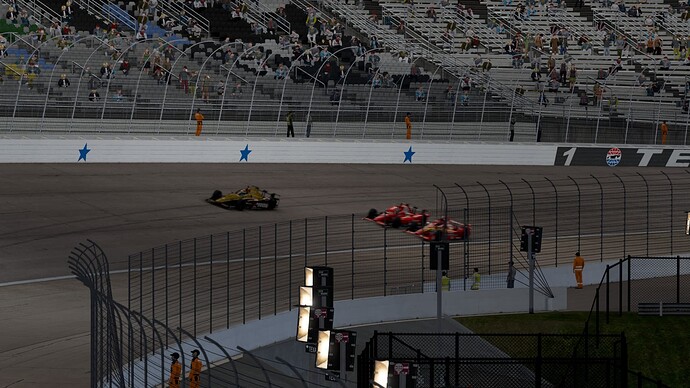 Beautiful saghen. I had forgotten how good PC2 can look. What year IndyCar series is that? I’m glad that the drivers are safer, but the cars looked better pre Aeroscreen. I have been watching the current series on YT. Very competitive and entertaining racing for sure, even if not nearly the same performance as F1.

I have a ton of racing games/sims that I want to take screens of. I’m trying really hard not to spam a lot of PC2. There are so many cars and tracks.

Other than trying out the new Miami F1 track in Assetto Corsa, I’ve been enjoying the Indy and CART cars in AMS2, especially the '95 season. So much fun to drive. No ovals yet, but they are coming. Road America, Laguna Seca, and Long Beach are great though.

The overhead crypto.com sign is blurry because it is dynamic.

Dang, it’s been a long time since I played AC, maybe I need to dip in and see whats going on. One lap of the Miami F1 track at Hard Rock working on a race setup. Captured from my Reverb G2 with OBS. Nice run! Check out Miami in F1 22 VR … I fast forwarded to when the guy actually tried a hot lap instead of just swiveling his head around enjoying all the VR goodness … He must auxiliary air intakes, since he ever pauses to take a breath.

Regardless, the detail on that version of the track is amazing. Codies must have had access to laser scanned data judging by how much the elevation changed between T13 and T16. I so hope that they improved the physics model, because the environment will be superb.

The guy is wearing racing gloves so the physics must be top notch! 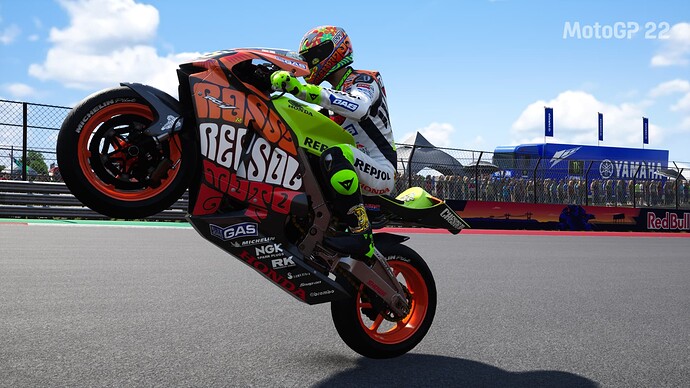 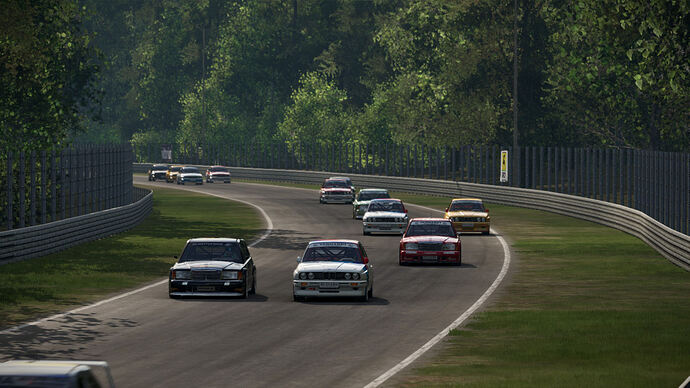 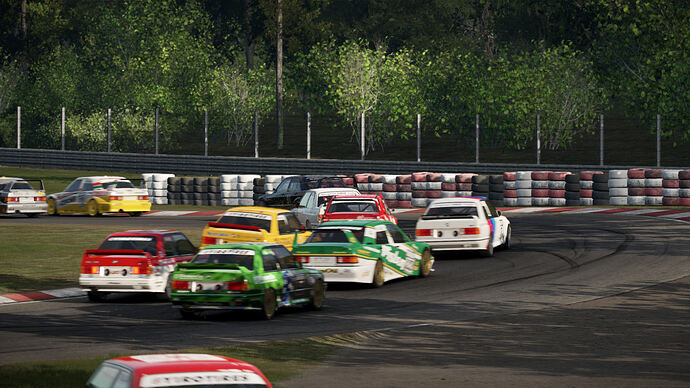 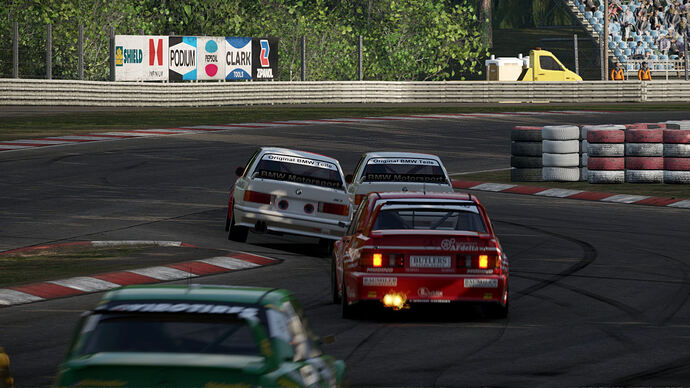 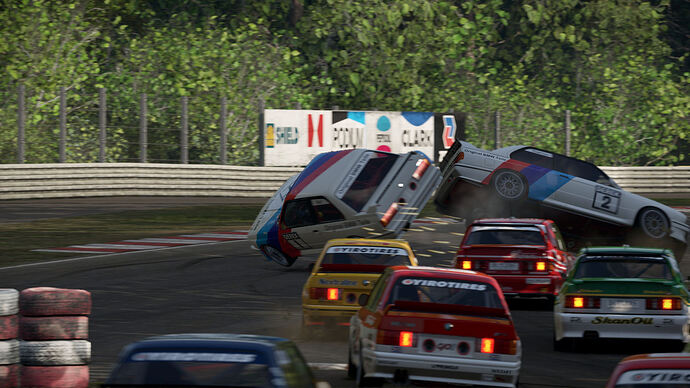 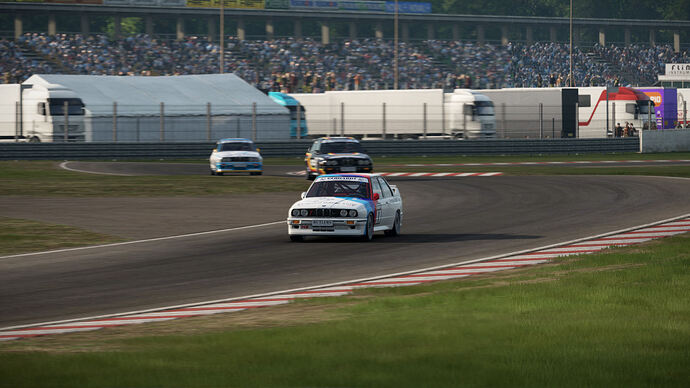 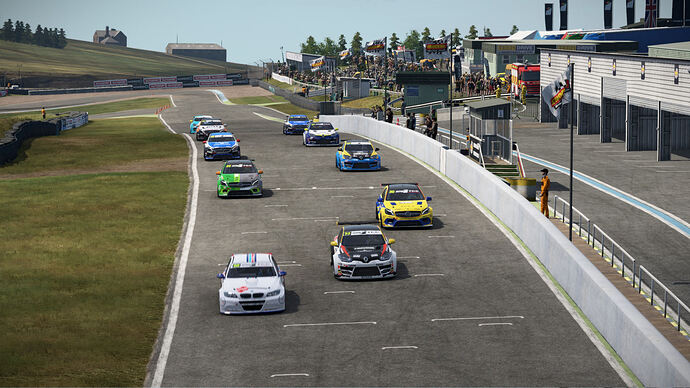 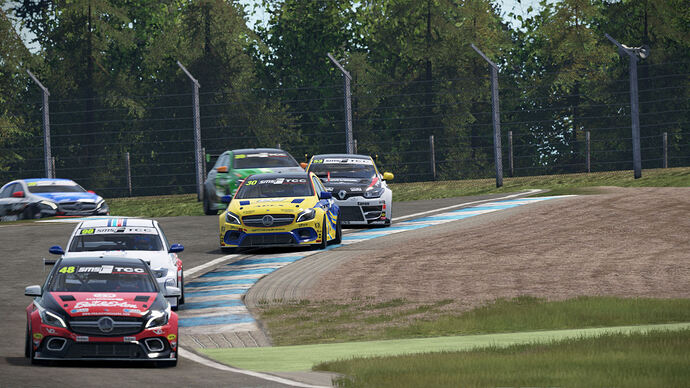 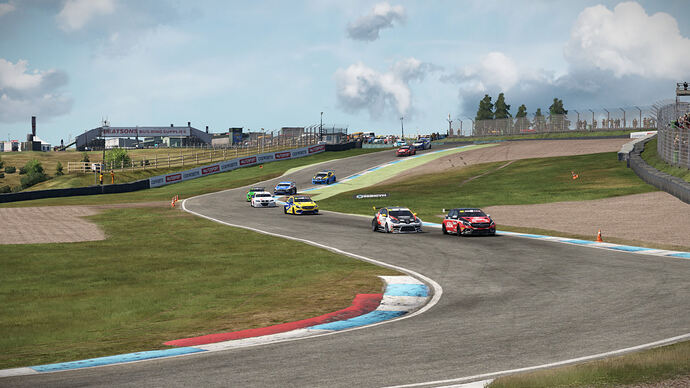 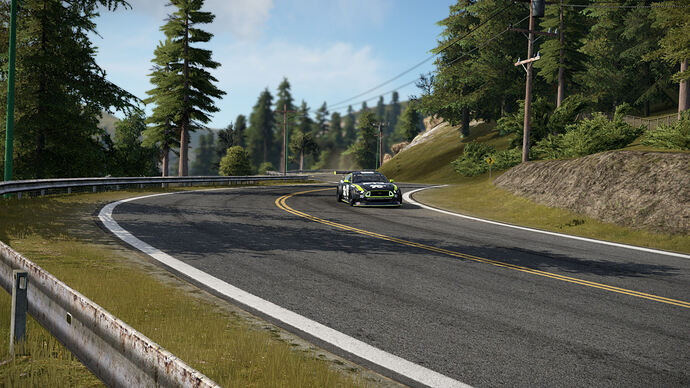 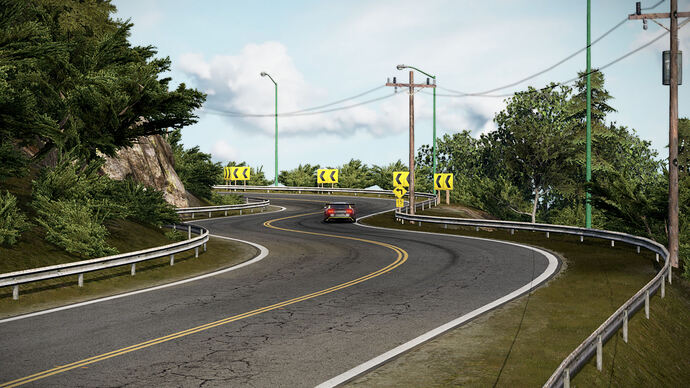 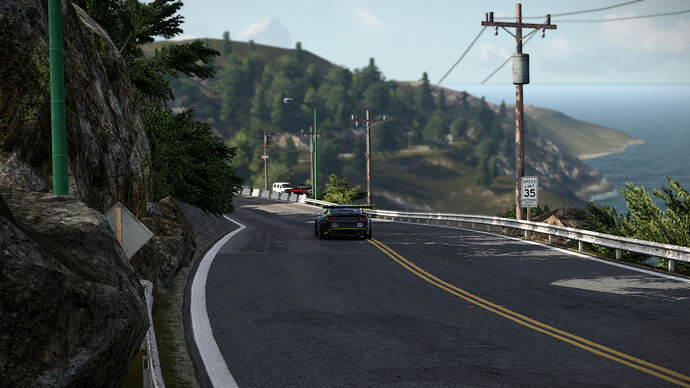 Jeepers creepers Project Cars 2 looks terrific! I own the whole collection I think but I’ve never run it for some reason!

Just doing some off road/stadium trucks in Wreckfest at the new track Torsdalen. I don’t understand why this game isn’t more popular. So fun. 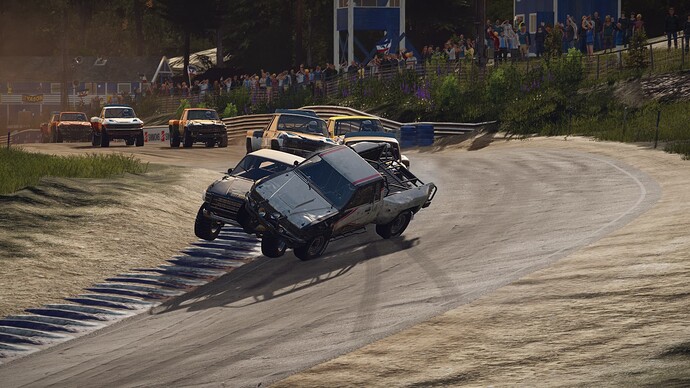 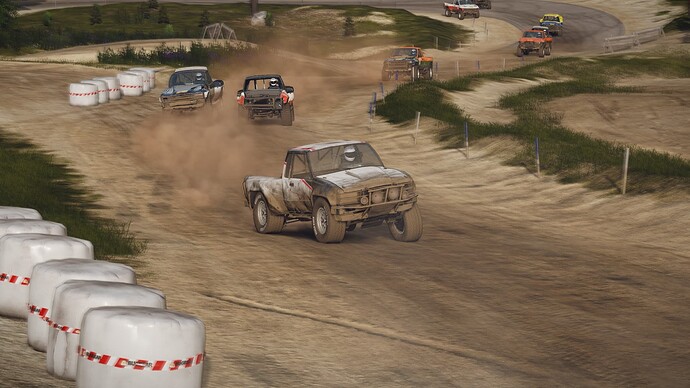 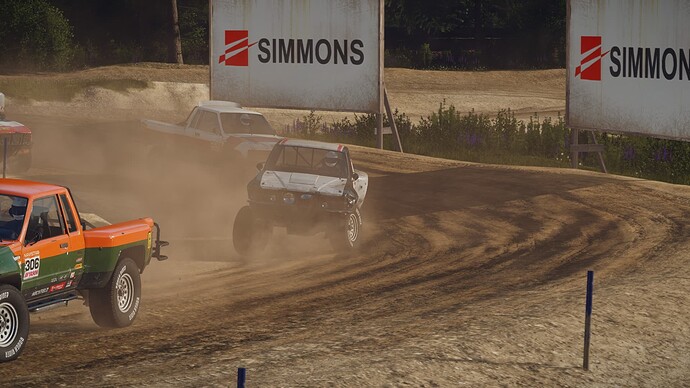 I’ve been watching the last few races in the NTT IndyCar series and they have been really entertaining. This past weekend’s race on the Indy GP course was one of the best races that I’ve seen in any series. Check out Colton Hertta’s full lock save battling with Pato O’Ward. I find that I enjoy watching a race quite a bit more if I’ve done some hotlapping or a race on the same track and car in a racing sim the week before. To that end, I’ve purchased, each for less than the price of a pint, both the RSS and VRC Indy cars. They are both incredibly detailed, beautiful, and extremely fun to drive. The RSS comes in Road and Oval versions, while the VRC comes in Road, Oval, and Short Oval configurations. The cars are similar in driving experience and lap time, but there are noticeable differences in how they feel.

In my testing the RSS car feels like it has more mechanical grip, while the VRC version has more aero grip. In other words, the RSS is easier to drive in low speed corners and the VRC in high speed corners. Neither feel like they have as much grip as F1, and the differences in the lap times at Circuit of the Americas prove that. However, they are no less fun to drive, especially since they have less grip, there is a lot more sliding in these cars. 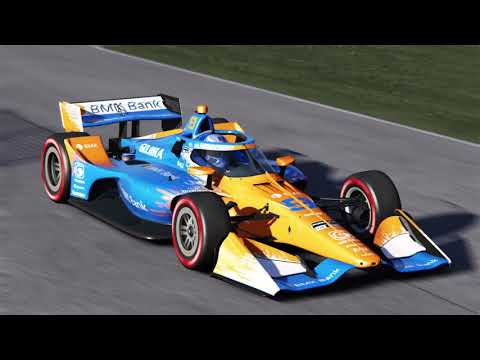