Just added to their Facebook a little bit ago: https://www.facebook.com/RazbamSims/

“I proudly announce the creation of a DCS terrain development team, formed by 2 well known mod developers, Mithandra and SUNTSAG, you can see some of their work at SUNTSAG youtube channel (BFVG). We have already set our 1st project, but until we get the green light from ED, it will remain undisclosed.”

I have a couple of guesses, given some questions they were posting on Facebook and the ED forums a couple of days ago. Fingers crossed I’m right! 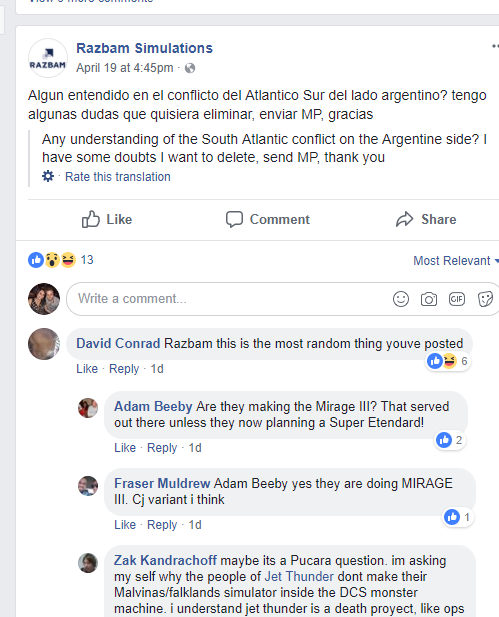 That’s exactly what I was thinking too, Chuck.

Maybe, with the arrival of SUNTSAG, finally we will have working dispersal forward bases for Harriers !!

How are they going to do a Falklands map with zero aircraft that flew in the Falklands War?

lol. I guess the follow up to that is:

How are we going to do a Falklands map when we have no British or Argentinian aircraft? Except the Spit and P-51 I guess.

How are we going to do a Falklands map when we have no British or Argentinian aircraft?

How are we going to do a Falklands map when we have no British or Argentinian aircraft?

I’m kind of just fooling around at the moment, so don’t take any of my totally well thought out cheeky comments to heart, but I can make a pretty convincing case that most places in the world have interesting terrain if you look hard enough. 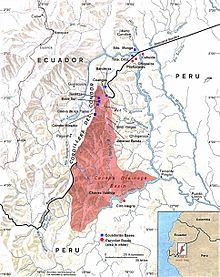 Equipment 3 helicopters (2 Mi-8T, 1 Mi-25) The Cenepa War (January 26 – February 28, 1995), also known as the Alto Cenepa War, was a brief and localized military conflict between Ecuador and Peru, fought over control of an area in Peruvian territory (i.e. in the eastern side of the Cordillera del Cóndor, Province of Condorcanqui, Región Amazonas, Republic of Perú) near the border between the two countries (see map shown in the infobox). The two nations had signed a border treaty following the Ec...

^ that alone has Fitters, Hips, Hueys, Hinds, Mirages of all types and Tucanos, with the potential for Fulcrums and Frogfoots if you play with the timeline a little.

but for reals, I need to go to bed. 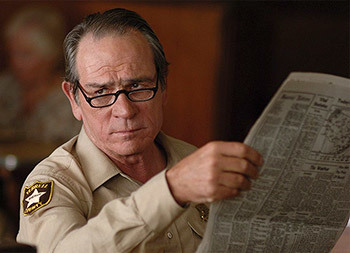 It’s all make believe, so please excuse me if i don’t subscribe to this notion that you can only fly authentic planes in places where they actually participated in conflict…

I am super excited for a Falklands map!
I think the conflict is exciting enough for a lot of people (at least me and @komemiute) to be happy to fly it with an Israeli Mirage III variant and an American Harrier.
Besides that, the A-4 Skyhawk mod is still in the works. (A-4E, while the Argentinians used A-4B )

Razbam have already stated their intention to release multiple Harrier variants, so maybe they will give @near_blind his period-correct variant.

(No offense meant, I understand fundamental differences in cockpit, engine and wings are no small details. Some of us just want Falklands so badly it doesn’t matter.)

I have a huge interest in the Falklands War and as much as I would love to see it in DCS, it seems extremely unlikely to me. Without it being a massive effort, I see no little sense in making just the map. In addition to it being a large map that requires parts of the Argentine mainland, things I would consider essential to add:

And these are just the basics to cover some of the most important actions of the conflict. There are dozens more types of helicopters, ships and vehicles that participated in that war. Almost nothing of which already exists in DCS.

Despite of what I would like to see, let me try on what would make sense: A small map team doing their first project. RAZBAM has done the Harrier II and the LHA Tarawa. They displayed various ship renders associated with USMC amphibious landings and indicated interest in large USMC helicopters. Perhaps a small Caribbean island along the lines of Grenada and Operation Urgent Fury?

If you are going for 100% historical accuracy then sure, a Falklands campaign would require a lot of work…but…

We have a Harrier that can be flown off a small carrier (aka the Tarawa). We have the M2000C right now, with the Mirage III on it’s way. With the Viggen we have an anti-shipping platform that would be a good enough substitute for the Exocet armed Super Etendard. We just need to bring some imagination to the table. The map would have a lot of open ocean, so it would be great for carrier based scenarios.

I know it’s a long shot, but wouldn’t it be cool if they were doing a FC3 level planeset for the Falklands? Perhaps that would enable the aircraft list get fleshed out more quickly…