Reap what you sow... Ubisoft in trouble 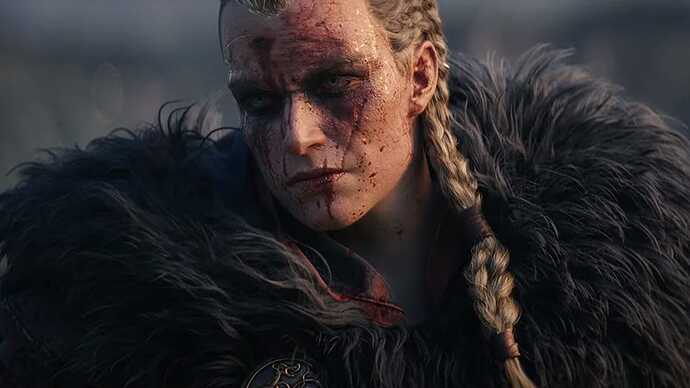 Times are bad everywhere, but they seem especially bad at Ubisoft

It is time for coders to unionize. Workplaces with sushi and bouncy-balls doesn’t compensate for the stress of slaving away with a deadline gun to your head.

It is time for coders to unionize

No it’s not! If you don’t like where you’re at, go somewhere else. Always jobs around.

If you don’t like where you’re at, go somewhere else

So, either an employer will take a hint when all the employees leave, or they could cooperate with representatives of the employees, the union, and fix the problem, so nobody wants to leave. A working employer-employee relationship benefits both parts.
It’s just like a marriage

You did some union work didn’t you @Troll? I was the FO rep on Guam for several years. I know unions are off-the-charts controversial. And those who dislike them need not worry. The forces against union representation won the war a generation ago and there is no going back. All I can say is that I am beyond grateful to work under the conditions demanded by mine. Aviation safety came to America not through a free-market aversion to crashes nor from a CAA that had a skeleton staff in DC. Safety came when pilots organized and refused to fly without proper weather forecasting and a schedule that recognized that humans need rest.

Complex issue this (I’ve rep’d both sides in a different field). As a consumer - a miniscule section of the “market” - do I have a responsibility here? Note the last title I purchased from Ubisoft was Silent Hunter X (5? or was it 4?).

There will always be friction here; it’s up to both sides to compromise and find solutions - the successful ones I’ve found are never obvious at first.

You did some union work didn’t you

Yeah, 7 years as a representative.
As you know, union work is so much more than salary negotiations…

I could talk for hours about unions in my line of work. None of which would be helpful or even relevant.
But it is gratifying to see safety being improved in the way @smokinhole mentioned.
Completely different story here. Lining of pockets being a major problem.

Video games development is a quite specific niche, in that it eats up young people who go into it loving games and spits them out after a typical 3 year burn out crunch. It’s really hard work and competitive, but a lot of people get a start in QA and then go on and code and then end up doing their own studio. Most of the studios suck. I’m generally very pro union, but for game studios - I can’t see how that would work…

Before people here start offering unionization and other advice, remember that coding is a meritocracy - it doesn’t rely on a certificate or having huge equipment or who you know. If you are good at it you can walk into a FAANG and earn a fortune or set up on your own and own a company, or if you aren’t any good then you won’t. You can literally make something huge out of nothing, just with a laptop and the will to do it. This isn’t like driving a bus.

The problem is that word. It has got a negative association. It is true that there are a lot of bad union examples. When leaders of unions or companies get out of touch with the reality of the people working for them, it always ends bad.

But if you think of a union as just a group that represent the employees and if you beleive that employer and employee exist in a symbiosis where the company benefits if there is a balance between those who perform the work and those who want the work performed, you can’t go wrong.

If a bus transport company need to hire a full staff of drivers every year, because nobody wants to stay, they’re doing something fundamentally wrong. That can’t be productive in the long run. Sure, there’s a difference in how you hire personell of different qualifications, and in some lines of business the qualification requirements are so low that you can hire just about anyone.
But if anybody who need qualified personell, finds themselves in a situation where they can’t get anybody to work for them, they have a really big problem.
Last year I heard the head of training for Eurocontrol say that they can’t man all the sectors because they can’t hire controllers. The main reason being that they are looking for bright young people with a logical mind, pretty much like Microsoft or Google, but can’t even match half of what they offer, they end up where some of their controllers have one full day off, in a month. Nobody will endure those conditions for long.
Now that’s an employer that is out of touch with the needs of their employees, pretty much like Ubisoft here. A union, or just sitting down with your employees, can help.
Call it unionization or cooperation or just listening to each others needs.

Those are good points, but we’re talking about an industry where young people are queuing up to get in - so the balance of ‘losses’ is just how it has been (and is what I’m trying to explain makes it a bit different in this case rather than plain mediation). A big company like Microsoft, Facebook and Amazon (Apple/Netflix not so much) will cull about 10% of their workforce each year. People are stack ranked and the bottom ones are pushed out. It’s brutal but very competitive, because the rewards are so high.

Also, big picture, how about people go get some outrage for those earning less than $20 a hour, or those that can’t afford health care - fretting over an industry where a 27 year old earning less than $400,000 annually is not on a decent career trajectory seems a bit indecent?

For studio workpits like Ubi, a better analogy would be something like an Orchestra. You need 120+ people to play the tune, and they are probably all unionized for good reasons. They are skilled but not especially creative (the people that write the music are on royalties, the conductor is on a special contract). For a 25 year old making $200,000 doing the art assets for ‘Assassins Creed Flog The Dead Horse IV’, they could be in a union to protect them from unpaid overtime, but then there are 10 other people that desperately want that job on their resume and could do it, while for the 2nd row violin with 15 years experience there isn’t replacements. Perhaps games studios will one day go like the musician / film industry with unions, but the problem being that there isn’t such a split between creative vs trade work - the work is still too random. There is no engineering in software engineering

PS I’m from Europe, I know and like what a union is.

we’re talking about an industry

It is what it is?
It sounds like an industry with a culture problem.
Well, what industry doesn’t have cultural challenges…

It’s still a relatively young industry. By the time it’s worked out how to run it by the book then the bots will be doing the majority of the non-creative stuff anyway, so problem solved…

While I certainly believe unions have their place where employee safety is concerned, software development isn’t one of them.

I liked FF’s example of an orchestra. Software development is very competitive. Generally, the more you do, the more you are rewarded. Wouldn’t happen in a union.

Ha!
Yeah, way ahead of you there…

The more you do, the more you are rewarded is called rate salary, bonus or provision and happens a lot in a union

It sounds like an industry with a culture problem.

We don’t have a culture, we just have money.

I’m not disagreeing with you @Troll, it’s more just to point out the unusual nature of the area. It’s unusualness is why comparing it to other jobs makes it an awkward fit on how to fix it. This is a job where:

You need 10 years experience in something that came out 5 years ago.

I’m out for two reasons: 1) I got every reference. 2) I didn’t understand anything else.