I need to mount my hand controllers in the SimBox, so that they won’t get in the way, but still be reachable when needed. I made some nifty holders for my Rift S Touch controllers, but the G2 controllers are larger and kind of gets in my way.

So a cup of coffee at the CAD computer and another 6 hours in the printer, and… 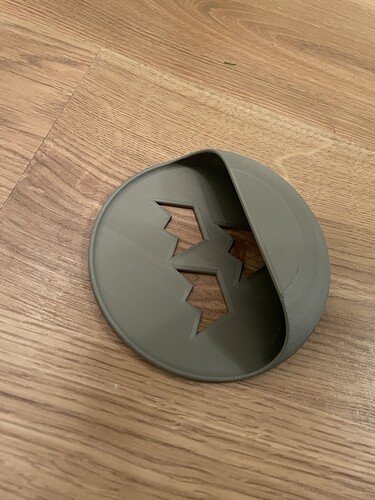 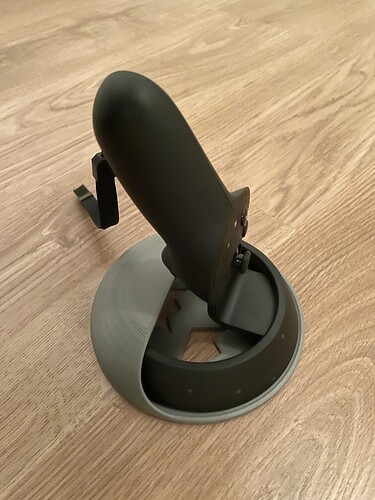 With crown markings for the Royal Swedish Airforce, of course…

A cup of coffee? You designed that DURING a cup of coffee!?!?
I could of started drawing that when I was 15 and still not have it finished and if by some Miracle I did Finish it, It wouldn’t work.

You really are something special mate. I’m properly impressed

You designed that DURING a cup of coffee!?!?

Well, it’s a large cup and I may have had a refill…
Still, it isn’t that hard to do. Not when you know how.

You ought to check out modern CAD software, it’s amazing how easy it is to design something like this and even constrain it parametrically so that you could scale it up or down to any size by simply changing a number!

@Troll looks lovely! I like the SwAF logo in the background!

Printed another one today.
The new print, on the left, is an STL model and yesterdays print is an OBJ model…
As you can see, the OBJ model is quite faceted, while the STL is perfectly round.
I haven’t printed a lot of OBJ models before. Is this a common trait for this format? 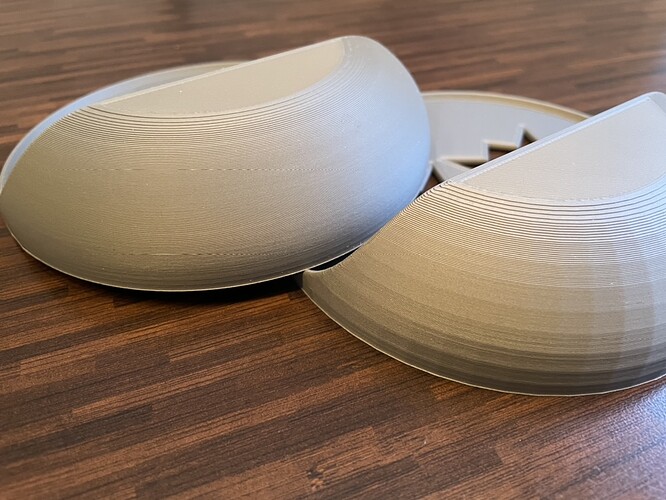 What causes the difference @Troll? Is it an artifact of the model itself or some sort of error between the printer software and the file format? They look like fairly substantial ridges so wouldn’t that cause a problem with precision building?

What causes the difference

When I design the model in the 3D CAD software, it is a perfect geometry. But in order to print it, I need to convert it into a solid that the 3D printer slicer software can divide into 0.2mm layers. This conversion divides all curves into lines and curvatures into polygons. If the polygons are small enough, you won’t notice them.
You can think of it as low-poly and high-poly models in a computer game.
Evidently, the conversion into OBJ format uses fewer polygons than STL.
The layer lines that you see is basically the resolution of the 3D printer.

Ok I see, thanks for explaining.
So those layer lines are .2mm and I take it from your other work you can sand that down to finish?

you can sand that down

Yes. Some sanding, spray filler, more sanding and painting and it will look perfect!

@Troll it’s not a property of the .obj file to have a lower polygonal resolution. Though if someone exports it with a sufficiently low poly count then you get that. What you can do is import it in a 3D design application like Blender that has good topology editing tools and apply a “smooth” modifier. THis just generates extra faces to increase the resolution of the curves. You may need to set certain creases depending on the model!

Ok. Could be the way my CAD software exports to other formats, then. I can control surface deviation when exporting to STL, but not to OBJ.

Aah yeah, it’s a different technique and if they haven’t spent much time optimizing it then it is rather unfortunate.

After a layer of spray filler.
I used some white gelcoat filler first, to even out the larger steps.
Coarse wet sanding in between.
You can see the polygons slowly vanishing. 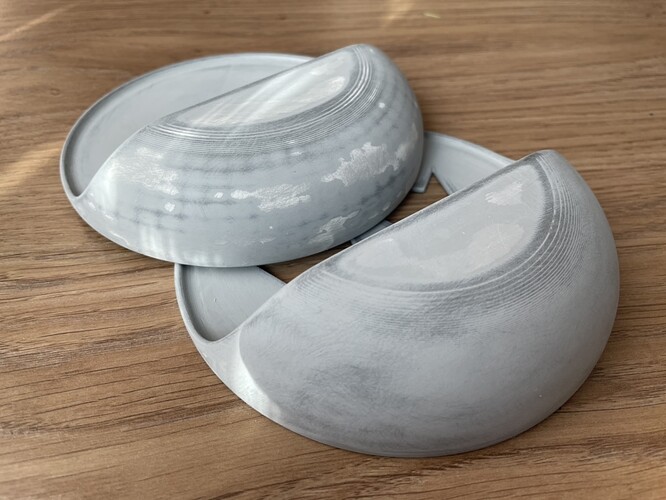 After three layers of spray filler.

Which one was the low-poly model? 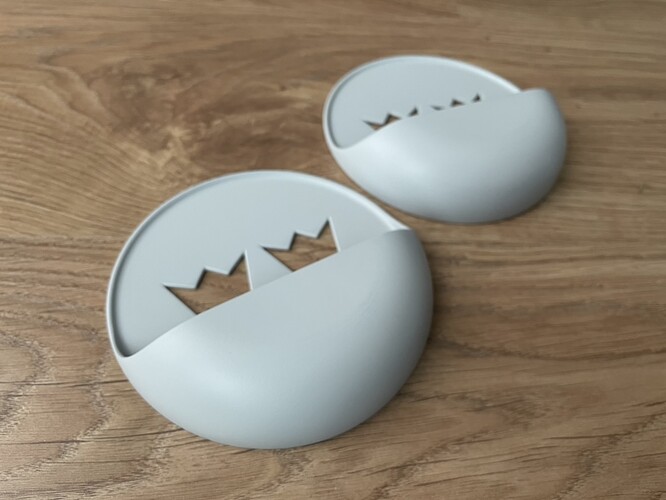 They both look incredible. Is there any discernable difference not shown in the picture?

Is there any discernable difference not shown in the picture?

You can still see the polygons on the inside… 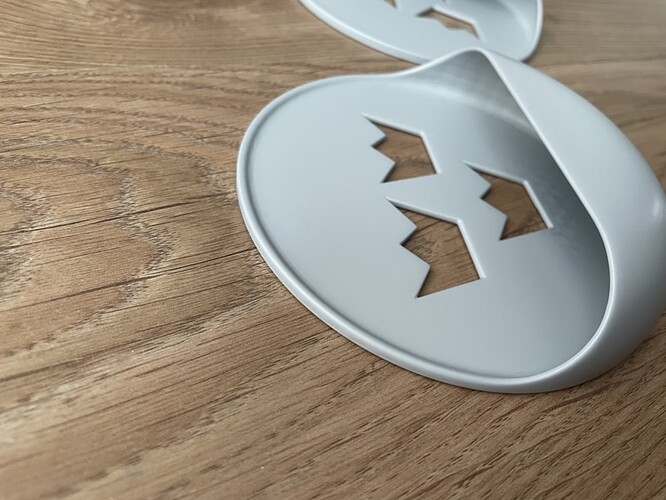 I will let them dry over night and then a light sanding and a couple of layers with aluminium paint.

Two layers of aluminium, with a very light sanding inbetween… 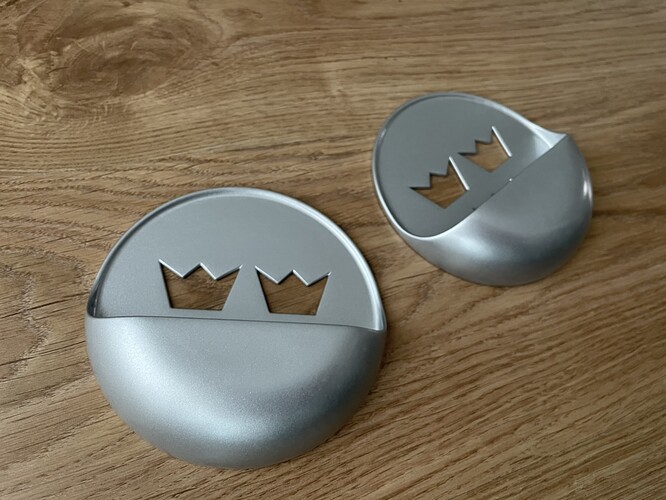