Is the Rift an active emitting device that the sensors see, or are the little dots on the Rift reflecting the IR light from the sensors? I’d kill to be able to use my Rift sensor capability in non-VR during the daytime in my house when I can’t use my TrackIR. If they offered a Rift hat or something that just provided the tracking I’d spend another couple hundred bucks on that.

The Rift has multiple IR emmiting LED’s and the camera’s on your desk “see” them.

The opposite of the Vive.

Yes, although worth saying that the Vive is using timed laser pulse detection on the headset and handsets (the dimples are the light detectors) and Vive wall emitters are simple spinning time-encoded light beams, while the Oculus Rift sensors are literally like web cameras very similar to TrackIR - which is why they need all that USB power/bandwidth.

You can use your Rift as a source for TrackIR using Opentrack, i.e.

Just tried this, so some steps if it helps anyone. Set up I used: Opentrack is essentially taking the position data from your Rift/Vive headset and converting it to TrackIR output, so that the older games receives trackIR data. I used the most recent OpenTrack version here: https://github.com/opentrack/opentrack/releases I just picked the opentrack-2.3.9-win32-setup.exe version, installed it and set it up as follows: [image] So for a Rift, used the Input as the 1.4 runtime and output Freet…

You could theoretically wear the Rift up over a cap (i.e. not looking into the screens) and it would work fine (maybe). Easy to try…

Indeed, that’s why I edited out that comment as it isn’t simply the opposite of how the Rift does it.

Yeah, I tried Open Track with EECH and it worked great. Of course, I was playing on Big Screen or whatever IN the Rift. I suppose I could do like you said and just wear the whole thing on my head. It would be a cool little spin-off product for them to make a Rift hat or something that gave the tracking without the VR part.

I don’t think they’ll ever want to encourage non-VR use, but you never know

With a few cheap LEDs you could probably build one. The IR frequency of the Rift ‘dots’ is pretty similar to TrackIR. You’ll need a trapezoid shape so it would look like a pretty fun hat… 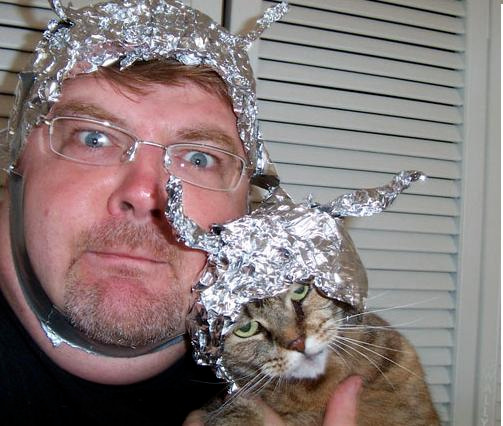 Oh boy, Oculus and HTC could destroy NaturalPoint if they would come out with an affordable little device like that.

I tried Open Track with EECH and it worked great. Of course, I was playing on Big Screen or whatever IN the Rift.

Would that work with RoF…?

I would think so…but keep in mind you are just looking at a 2D wraparound image in Big Screen, not true 3D VR…

Sure, just like a lcd monitor strapped to my noggin…

Old topic but new to me. I have an Oculus but no track-ir. When mission building in DCS I’d prefer 2-d head-tracking to VR. I tried open track, which worked great wearing my oculus like a hat, but when I switched to VR it kept giving me notifications that track ir was enabled then disabled etc. Created lots of stutters.

Anybody know a way around that? I ended up uninstalling and the issue went away, but head tracking sure would come in handy…

Perhaps a keyboard chord to turn opentrack on and off?

When I flew VR it was off. I never fired it up to start it…

Something to do with drivers I’m guessing…