So I’ve got a 256GB SSD that used to be my primary drive that I want to erase, and start using for other things (scenery storage, DCS, whatever).

Anyone have experience reformatting this? The Samsung Magician software has a secure erase feature, but it requires a usb drive to create a bootable disk to perform the secure erase, which seems rather tedious, since the only external usb drives I have would also need to be reformatted first to allow that to happen.

Just want to know what I’m getting into. If no one has done it, I’ll be happy to go researching… just figured I’d get some friendly advice from people I know before turning to the wilds of the interwebz.

I’m 99% sure you’re not supposed to put it in the microwave to reformat it. Other than than…I’m not much help…

I hear magnets are bad too

I ain’t never seen nutin couldnt handle a secure erase like a slap in the face or a slug from a .45 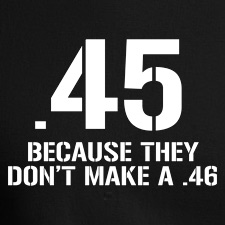 Depending on the age of the SSD, I probably would’ve taken a hammer to it but we have to remember this excellent post!

Let’s say you write 50 GB on a Samsung 850 PRO SSD per day … yup, that drive will THEORETICALLY last about 500 years LOL!

What version of DCS World will we be on by then?

@Discobot says the prognosis is good!

LOL I have great friends

What version of DCS World will we be on by then?

Sorry, that was mischievous, but I couldn’t resist

Ok so that took a bit of research, but one factory reset drive later, DCS is downloading to it.

FYI you can reformat an SSD like any standard drive using the Windows/OS of your choice tools. The secure erase is a different matter, Windows doesn’t support that for SSDs or any type of storage so separate utils are needed.

I have been using an 850 Evo as my 512GB C: drive for 2 years now, and this month I finally replaced one of my standard 1TB drivers with a new WD Blue 1TB SSD. The cost was over $40 less than the 850 Evo 1TB which oddly hasn’t budged on price in forever.
Benchmarks indicate it reads just as fast as the 850 Evo, but writes a bit slower. That’s fine, as I’m using it for a games storage drive and other than initial installation and patching, writes occur only seldom. Reading happens all the time, though, so that’s what I care about.

Ya. I’ve read the built-in Windows reformatting tools are not recommended for SSDs. I know the secure erase is different, but I figured it’d do what I wanted anyway, so why not.

My issue with the secure erase would be that those algorithms are based on multiple writes to the entire drive. That’s a lot of write cycles to erase a drive that has limited lifespan - you’d be using up a big chunk of the drives useful life just to reformat it.

I dunno. It wrote maybe a couple hundred gig. I guess it would write for each gig on the drive? So 256gb max if it was completely full?

They last for hundreds of TB of writes. I mean, I guess if it was a TB drive that’d be a bit more concerning, but even then.

Even after the secure erase the total write is 8TB. I’m not worried - I’ll be running some super advanced type of drives before this dies at that rate.