A question more directed at our pilots here, but in the course of sim flying be it FSX (Now MSFS2020) or even DCS, we all learn that higher cruising is quicker and more fuel efficient.

My question is:
Is there any guideline, formula or other aid to picking a cruise altitude?

I understand you have limits of due to say airways and the like - but at some point the extra fuel to climb must not be worth the trade, but that may be trivial in flight distance.

As an example, I recall a flight from Toronto (CYYZ) to Montreal (CYUL) in a 787 - we climbed to over 30,000ft and were only at altitude if I recall correctly for about 10 minutes before descent began. Checking flight aware for that route, I was in the ballpark - see AC402 which was an A321.

At least until you reach the max altitude. This won’t always work because sometimes ATC will cap how high you can go on busier routes.

This guidance works OK for King Airs and Citations…airliners are quite a bit faster and climb faster so it wouldn’t surprise me if they had higher recommended altitudes.

Yea, I thought to add that aircraft that can climb at cruise speeds are also in a different boat in some cases.

I recall using possibly even an identical formula back in FSX.

This guidance works OK for King Airs and Citations…airliners are quite a bit faster and climb faster so it wouldn’t surprise me if they had higher recommended altitudes.

Companies can use specific profiles in the FMC for route management. So when it comes to airliners it’s really a ‘it depends’ situation. Note that fuel and staffing costs are the highest cost centres in most if not all airline companies.

The theory I have heard since I started flying jets is one I still believe to be true: Any altitude you can make it to is worth climbing to. (Say what?). I mean that even for a short flight, a parabola is still the most efficient way to go. And because true airspeed increases with altitude, it is probably the fastest way to get where you are going. Even if you just draw a short tangent to your target altitude, you’ve likely done your best (without considering wind)

Companies can use specific profiles in the FMC for route management. So when it comes to airliners it’s really a ‘it depends’ situation. Note that fuel and staffing costs are the highest cost centres in most if not all airline companies.

Those tools are often quite wrong. My airline uses Sabre-- a system considered to be among the best flight planning platforms in the world. Sabre comes up with some crazy merde that must be corrected by the dispatcher or the Captain. Jet science certainly isn’t rocket science but the tools which claim to use it are still very imperfect.

Jet science certainly isn’t rocket science but, still, the tools which use it are still very imperfect.

Hah interesting, I did not know that!

Much of the problem is forecast turbulence. Our company is committed to the smoothest ride possible. A good target to shoot for, for sure. Sabre takes those marching orders to heart and will have us climb to FL 360 and down to FL280 and back up to thirty-eight. If turbulence was taken out of the process, Sabre would be much better than a human at optimizing altitude and speed.

The FMC is pretty good but a mixed bag. The 737 is so-so. The 757 and 767 use Pegasus and maintain 4 layers of wind from FL240 up to FL420. World winds update 4 times daily. So long as we keep the box updated it is pretty darn good. I would assume that the bus is more sophisticated yet.

Our company is committed to the smoothest ride possible.

Before they bought the Airbuses, I think Allegiant did flight planning for most efficient altitude on one engine…

Takeoff with burner,
burner off mil power with wheels and flaps up,
initial climb pitch based around 10° depends on condition from rotation,
speed usually gets close to 400IAS
adjust climb pitch up as steep as practical - above 6000fpm (gauge max) sometimes ~10k per HUD,
reduce climb rate to maintain 300IAS (starts above 15,000ft or so).

Not practical for airliner passenger comfort - but since the engines are using lots of gas down low I am now using it to “jump” up and then slowly climb. Cut my climb phase fuel burn substantially from 3000lbs or more down to as little as 1500lbs in some cases (payload dependent).

My uneducated fighter climb is burner for takeoff, then mil power and leave it alone after that. Climb at 350 until M.85, then climb at M.85. If light then the speeds should be lower.

In an eagle with bags I’ll often climb up to angels 20 in zone one or two. Seems more efficient than hanging at high alpha.

Ya, I would guess the only inefficiency would come from transitioning to a higher cruise that causes a loss of lift to need more alpha and than burner to maintain speed. Even then, if burner gives sufficient speed benefit it washes out again by reducing time of flight.

If you maintain a fixed IAS then a fixed mach at crossover you will not see a significant change in AoA.

Sabre comes up with some crazy merde

ATC: ”We’re unable to clear you for the filed cruising level as that is below minimum obstacle clearance altitude. Would you like higher…?”

That kind of merde?

ATC: ”We’re unable to clear you for the filed cruising level as that is below minimum obstacle clearance altitude. Would you like higher…?”

I vote for malicious compliance! 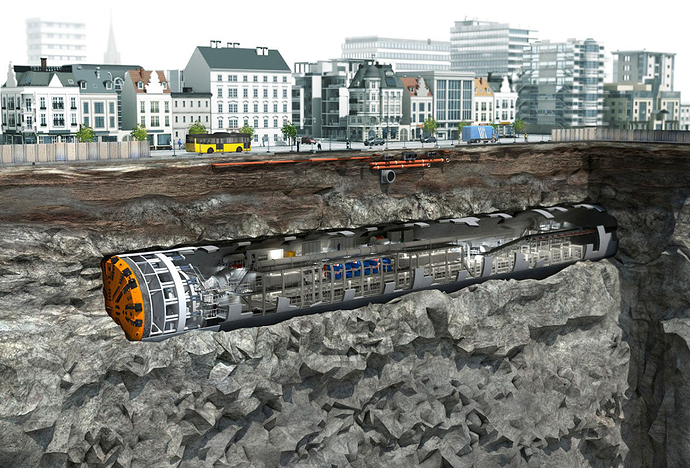 I see “Hornet” is the specific topic.

More of a key sub-topic, as I spend most of my DCS time in the Hornet. However, as a line of interest a “general rule of thumb” was more of the target as perhaps I will venture back to civilian/commercial flight in MSFS2020 at some point. In FSX we generally flew at 30 or 32 thousand feet with speeds of 300 or 330 IAS (that I recall) which were not based on anything more than the fact that additional climb beyond 32k lead to decreased IAS and increased pitch on autopilot (which I now know as AoA). This was in the base game’s 747. Fuel concerns only ever cropped up when crossing the Pacific from LAX to SYD, though perhaps the additional altitude would have done us well. This was much earlier in my sim career as well, my last FSX flight was before 2014 if I recall correctly.

Or maybe you found it already and it is not the specific variant you need? In any case, it will be better than a guess…

Well a specific answer is always more useful. This chart is labelled for the F414 engine, which is in use with the Super Hornet (E/F models and the E/A-18G Growler EW variant) which has completely different performance - however I can see that the document is a portion of NATOPs from your link, and I do have a copy of that for the legacy C model (GE F404 engine) so this is a quite useful lead. Thanks, I have my morning read!

The lighter the jet, the slower the indicated airspeed to achieve the best rate of climb. Since in DCS we tend to (probably unrealistically) carry everything we can, I personally go pretty fast, say 350-380. As I gain altitude performance decreases and therefore the rate of climb decreases. That’s ok. Keep the speed. At around angles 250 to 270 the 350 KIAS will intersect with a good mach number. Say, M.85. Now I hold that and forget about IAS which will decrease as you climb. Because by following mach and sacrificing speed we trade some energy, initially the climb rate will increase again. Once mach .85 begins to yield a slow climb, ie 500 fpm or less, you’ve pretty well hit your max altitude for that weight and can do no better unless you either light the burner or drop a load. This is the easiest way to do it and you don’t loose much efficiency by climbing this way. But if you are the slide-rule/pocket protector type, you would ideally strictly fly optimum AOA at military thrust. You still end up at the same altitude at the same speed over roughly the same spot over the ground, but your vertical profile is more linear and less “saw-toothy”.

This clarifies your earlier statement about crossover, thanks! I have been watching the Mach number as I get up around 25k and seeing it’s value vs. trying to recall a table of speed vs. altitude values.

I have also been noting from before AoA values which lead to runaway speed loss (and into a stall, unless burners or a descent are used).

I have also been noting from before AoA values which lead to runaway speed loss (and into a stall, unless burners or a descent are used).

I want to be sure what we are talking about when we say “AoA”. Because, by definition, if you are flying a constant AoA you would never stall. In order to stall you would need to increase your AoA to a very high value. Because no one really climbs by AoA the autopilot is not designed to follow it. We have to do that ourselves–and I personally never would. But if one were to insist my hunch is that 6-8 degrees as indicated by the greek “alpha” on the bottom left of the hud would ballpark ok.