Interesting to me because of Respawn and it’s a single player game. I thought Titanfall 2 was one of the most enjoyable single player campaigns I think I’ve played through. Amazing level design and fun gun play. I also liked the single player Star Wars BF2 campaign, so this might be a good game. I didn’t think Respawn would return to single player after the money being made with Apex: Legends. 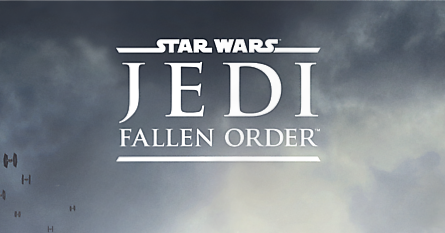 Much more will be revealed at Star Wars Celebration on Saturday

PS If you’ve not played TF2, I think it’s usually on sale and is really worth a look (or just do the $5 one month thing and do that) - https://www.origin.com/usa/en-us/store/deals/springsale

No multiplayer, no microtransactions. A single player game. Cool.

Only thing that would be cooler if the game were about piloting X-Wings with tweakable energy distribution and shield systems versus the empire.

Only thing that would be cooler if the game were about piloting X-Wings with tweakable energy distribution and shield systems versus the empire.

And still even cooler than that piloting those nimble but fragile Tie Fighters for the Empire! Then going through the ranks ending in Tie Defender and dominating the battlefield. Lucas Arts’ Tie Fighter from 1994 was probably the best Star Wars game in my opinion.

btw there is a project called XWVM (X-Wing Virtual Machine) that aims to remake the classic.

XWVM is a mod to the original X-Wing game from Lucas Arts and Totally Games by Larry Holland and Edward Kilham. We are re-implementing the executable to extend the game beyond its original hardware support. The mod of course requires the player to...

They even replicated the dynamic music system (IMUSE)!

In which you actually can use The Force™

if they brought back the online sabre combat of JK2, that would be cherry on top. But hopefully it has some good mechanics

. Although, I had forgotten how much of the gameplay was just sitting around or flying straight trying to catch up with enemies - I guess it would be seen as boring these days compared to more modern games.

If you can get SW:BF2 and just play the two single player campaigns for cheap (say $5) then the graphics are still insane (a 2017 game as well) and the flight is good enough. I agree it would be nicer to have the rebalance of the three power bits as before, but the multiple weapons are still fun. I used to love X-Wing etc but enjoyed this far more than I thought I would. Give it a watch:

I own the BF2 and played the single player campaign. The flying missions are fun, the “flight model” is really well done for an FPS game (full freeedom in 3D space) but there is no tactical depth of the older X-Wing and Tie Fighter titles.

I was very eager to test the beta when it came out - played only space battles. Here are my first fights from the beta: 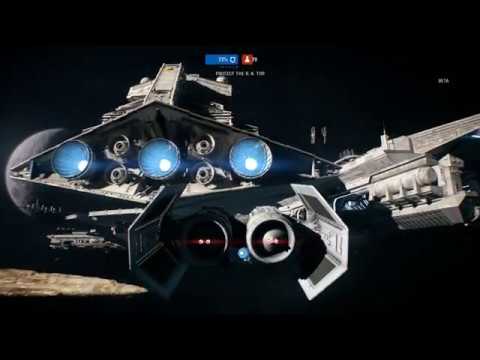 Considering I’m not very good in multiplayer FPS games, I was quite capable in this mode for a change

I really enjoyed the story-based single player campaigns, and they are a nice mix of simple shooter and flying.

It looks good and I have been waiting for a good single player star wars game again but why is it always from the rebel side? Or if it is from the empire side they defect to the rebel side.

Or if it is from the empire side

The single player starts as you as a trooper on the empire side. You get to shoot a lot of rebels if that’s your thing

You do realize that when they say “Remember: no Russian” they mean “Don’t speak Russian” right?

Never played it so only know it through the memes and the fallout at the time.

I have sw battlefront 2 but bored soon of the multiplayer!
Is the single campaign for free or just an add on?