After working for a long time on AI routes, tactics etc., I was finally able to do my first play test last night of a mission I’ve been working on which focuses on the M60A3.

Gosh darnit…I need these screens like I need a hole in the head. Grumble… I was – this close to upgrading last week…I’ve really gotta push the button.

It has been IMHO the most feature heavy upgrade I’ve seen come out of Esim for SBPE and they do some seriously beautiful upgrades in the past. I had posted in another forum that I thought SBPE has finally arrived with this upgrade. So many changes under the hood as well as the cosmetic stuff. So many options now to crew so many different vehicles from so many countries. You can (in the mission editor) create any tactical scenario to play and just have a blast running it.

As a map loving person…SB always appealed to me. I love the creep, look, creep, plan, shoot, duck, creep gameplay. It is why I’ve always been attracted to helo sims. Well…winter is coming - time to settle in with a hot bowl of chili and play some SB that I’ve always been longing to do…

I’ve become far more infatuated with Steel Beasts than I expected I would. Right now my biggest issue is all missions I find seem to be leading a company or more of some nordic country doing something or another. I’m more interested in doing platoon level stuff with american armor, preferably in cold war Germany.

As a map loving person…SB always appealed to me. I love the creep, look, creep, plan, shoot, duck, creep gameplay. It is why I’ve always been attracted to helo sims. Well…winter is coming - time to settle in with a hot bowl of chili and play some SB that I’ve always been longing to do…

It is the same with me. As mentioned in another thread in this forum I’ve been playing more helicopters in DCS due to the fact that you have so much fun creeping around the map in ways you’ve never be able to do in a jet aircraft. SBPE does indeed lend itself to that type of play as well expecially when you do recon type mission with vehicles in which you don’t want to run into the enemy.

I’ve become far more infatuated with Steel Beasts than I expected I would. Right now my biggest issue is all missions I find seem to be leading a company or more of some nordic country doing something or another. I’m more interested in doing platoon level stuff with american armor, preferably in cold war Germany.

There are platoon level stuff out there but a lot of scenarios right now are based on multiplayer stuff due to many virtual armor squadrons creating them for their online play. Many of the platoon level stuff off the top of my head is pretty old scenarios which may or may not work with the new SBPE. Most people right now, myself included are getting to know the new features in mission editor etc. so it is experimentation right now. More scenarios are coming out though and I imagine the pace will quicken which will allow you to see more of the stuff you like.

This mission I’m working on could work as a platoon level mission in a way if perhaps we try it sometime in multiplayer. The playable vehicles I’ve included in it are a company of M113s and a company of M60A3s. I have no problem taking command of a company of M113s and we could get some people to take platoons of M60A3s. It would certainly help me out in terms of figuring out what I need to fix in mission, how it plays out online. All other units, about a battalion on each side are AI scripted by me so there is a war going on around you.

Anyway, just an idea. If anyone out there is interested in helping me playtest this mission, give a shout out and we can then find a time that works out for everyone.

I would be down for some SB. Im in the same boat as @near_blind.

Yeah…tomorrow I’ll grab the upgrade and join you. If anything, I can be the RPG magnet.

If anything, I can be the RPG magnet

Stop that talk or i will have to upgrade twice!

I am ready as well Tyco. I will hit the gunnery range tomorrow and we’ll see if we can get some play this weekend

here is a question.

as its been a while since SB was installed on my computer and I have since removed it and deleted the CM stick software as well,

How do I know which version I was paid up to in order to upgrade. Would it be held on my CM stick somewhere ?

Yes its been that long.

I really don’t know the asnwer to that. I would suggest you check out the support page for SBPE over at the forums. Many different threads where your answer might be found. At the very least you can ask those that would know.

If you had a life subscription ( which I suspect you do because you have a code meter) you should just have to pay the upgrade fee. The installer will install cm and should update your dongle.

hmmm well, I suspected I only needed the upgrade but things went a bit PETE TONG, so I have had to email sales…

Ohhh well, I guess I will have to wait to get back into my little tank…

I am really liking that new playable M60A3. They really did a beautiful job with it. And, I didn’t think I’d care but I actually do like having 3D crew members in the turret with me. Gives it just a bit more atmosphere.

New update is out:

I’ll probably make an AAR of the session that this happened in.

Working on some targeting and grip use guides for our GHRVPK LEOPARD 1A3 turret Steel Beasts sim, i have grapped some shoots.

We have a new Windows 10 PC and eSim Games have kindly donated an lizense upgrade from SB Pro PE 3.028 to the latest version of SB Pro PE.

AFVSim have kindly provided a replacement USB interfacecard, as the old one in the genuine decomissioned LEOPARD 1A5 handle that they converted to USB, did not work with Windows 10.

(Note: These are not of the sim handle, These are of the fully working one we have in our systems maintenance and test container.) 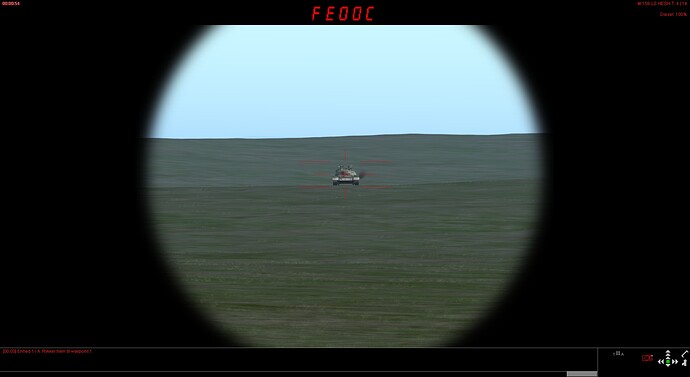 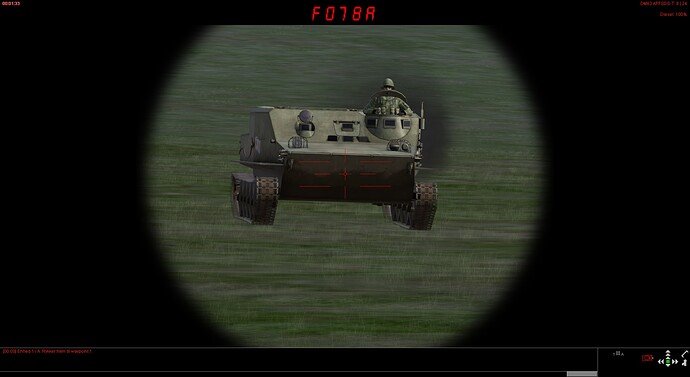 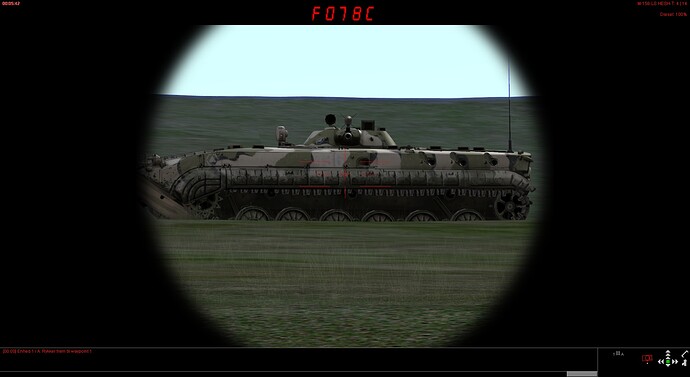 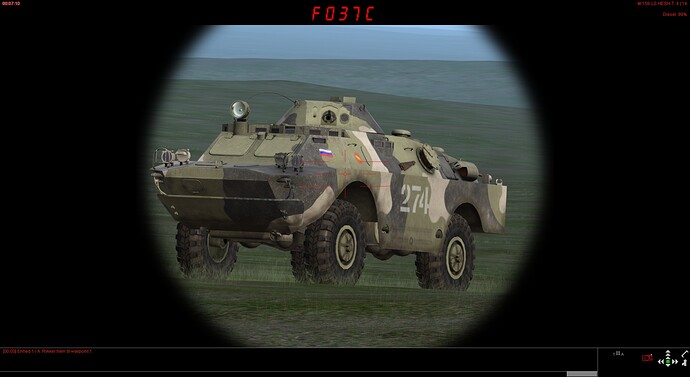 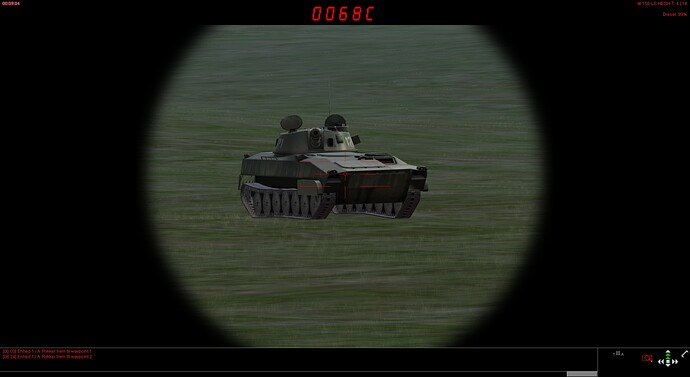 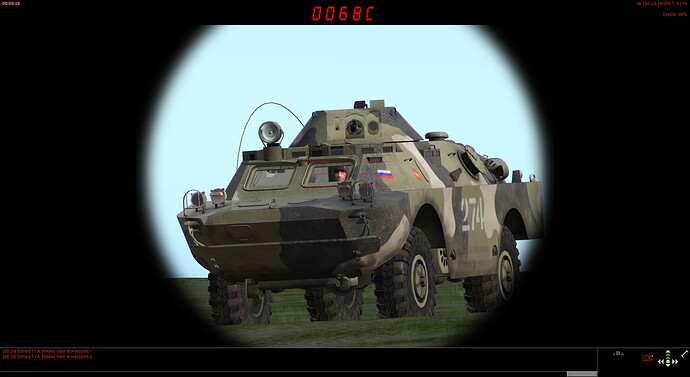 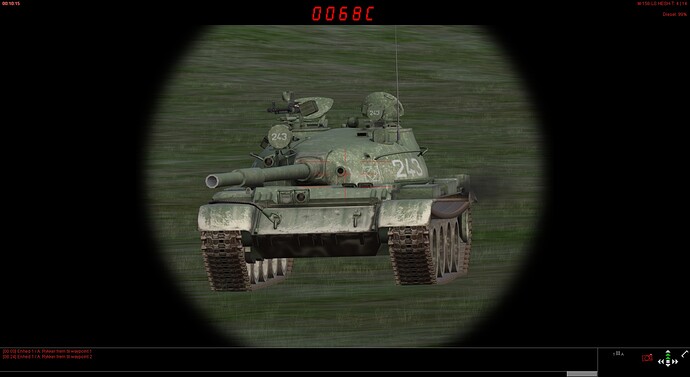 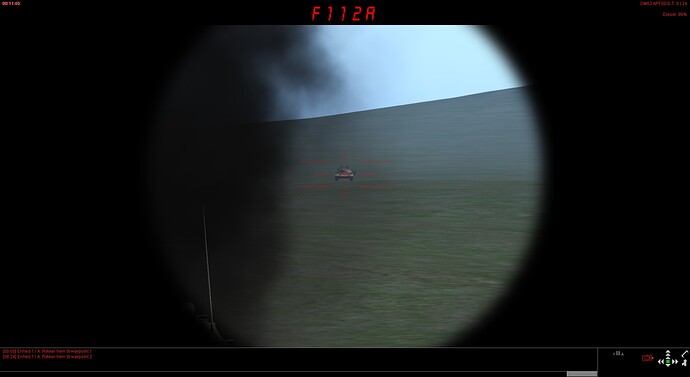 The next ones are for the upcoming release of the scenario we are currently using in the sim. 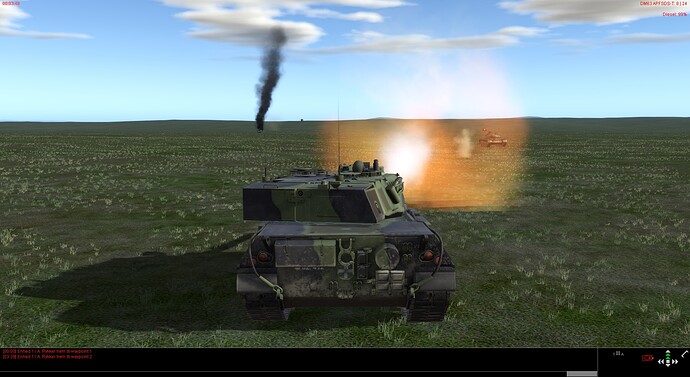 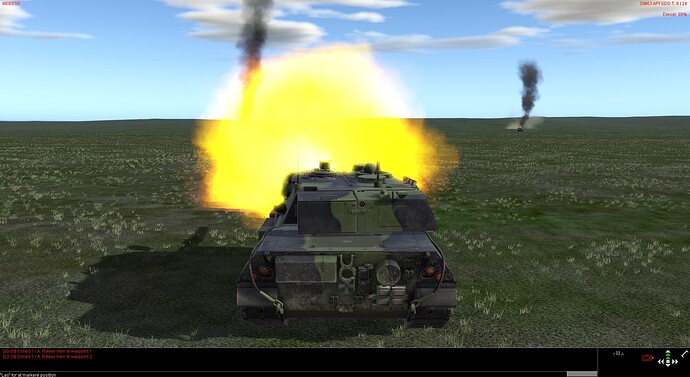 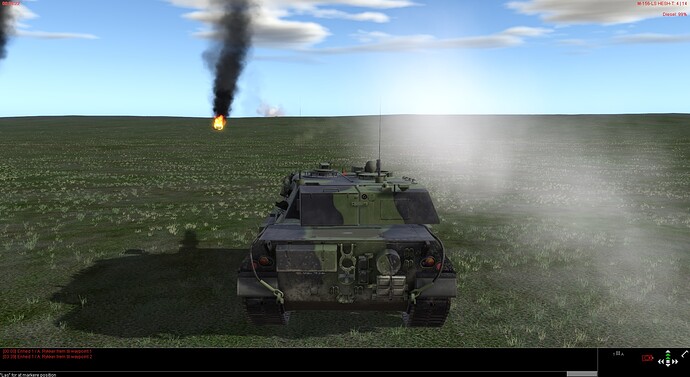