No prizes…(sorry), but post your pick and score for the Super Bowl…

Sorry, you can only pick one.

Sorry, you can only pick one.

My Dolphins will win by…oh wait…

I like the Falcons more, and I think and hope they can wipe that arrogant smile off Brady’s face.

Lady gaga will do a double nip slip in celebration. Or just go full frontal.

Bulls over Rangers by 3 wickets.

Trump shows up at the half time show.

Also someone will protest against Trump.

So do they go with the roof closed to keep protesting parachuters out? Or open?

The NFL won’t make a final determination if the retractable roof of the stadium will be open or closed for the game until a day before, so the crew has been alternating whether it’s open or closed daily. It was closed on Tuesday afternoon as temperatures in Houston soared into the low 80s. But it’s unlikely that it will be closed on game day. “If the weather cooperates with us — which we hope it does — the roof will be open,” Finkelstein said. 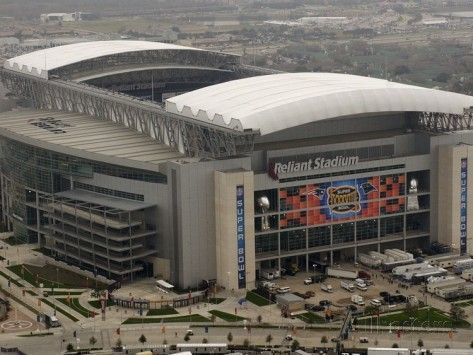 It’s what you eat your super out of… or is that supper?

Its once a year where they try out new TV commercials.

And people buy big screen TVs they can’t afford and return them a week later with some lame excuse.

Really?? I thought that was a european thing, happening during football (soccer) world championships.