Thinking of trying to make a radio panel that I can use in DCS. Not sure how much functionality it would have for various aircraft (ie: Harrier and F-18C use the Up Front Controller for frequency input) but, if I design it right, it could have multiple uses. Hopefully.

So what I see at the moment is:

I think that I have the technical terms somewhat right… yeah, probably not

This would all fit in the face of a box (and I don’t have a ruler in front of me) maybe 15-20 centimeters left to right and 5-10 top to bottom (depth doesn’t really matter).

Can anyone correct my terminology to make searching a site like digikey not an insane experience?

Give this site a look: DesktopAviator

I’m lucky enough to have a Fry’s Electronics nearby, so if I need something in a hurry or want to measure a switch, I can do it there, then order something similar online.

For my switch box I used an Arduino and built/programmed/wired everything from scratch. For my next one I’m thinking of using one of these and saving some of the hassle.

I use rotary encoders, like these, for my projects. 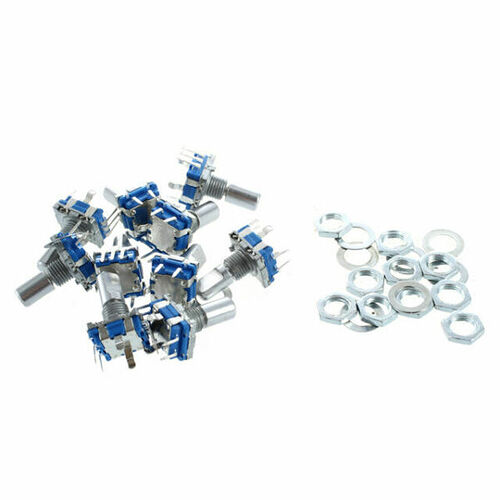 Find many great new & used options and get the best deals for 10 Pieces 12 Mm Key Switch Rotary Encoder Switch Q6m6 R1 at the best online prices at eBay! Free shipping for many products!

I even have all the electronics you need. Teensy controller, shift regs, PCBs…

Come over to the Dark DIY side! Soon you will be on your way towards a Sim Pit…!

I need to experiment more with MMJoy2 and those switch options. I have a couple of covered SPDT switches that I don’t use very often, because they are a single button, ON/OFF, vice Button1/Button2.

Having a gear level switch box makes me very irritated at games like Il-2 BOS that don’t have separate buttons for Gear Up and Gear Down. I hate getting lost in the, “The lever is down but the gear are up. If raise the lever the gear are going to go down,” conundrum.

I hate getting lost in the, “The lever is down but the gear are up

Thanks everyone! I am currently reevaluating the thumbwheel rotaries and thinking of simple push buttons which might be more generally useful for other modules. I think i want to keep the two other rotaries as there are quite a few functions for those.

The toggle switch s are also likely staying but o concerned about positioning and size. Things to think about

This might be a stupid question but is there a difference between AC/DC switches?

These interest me but are looking a little expensive and AC?

If you want regular momentary push on buttons, I’d like to recommend these. Metal button and collar. Easy to install. Just drill a 12mm hole. Screw terminals, no soldering. They are available in many colors and with solder lugs.

Used them on my first Throttle 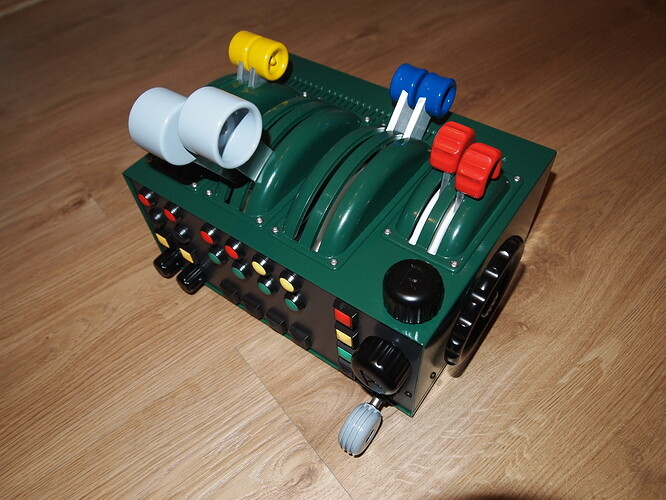 Jumping in for a small update.

One of my kids banged unvoluntarily against the pinky switch on the WartHog throttle and broke it off.
It’s still attached to the outboard throttle but it’s detached from the internal stuff, it rattles freely.

Now, after locking the kids in the cella with a Boombox at Volume=11 blasting “Fortunate Son”, I’m trying to consider my alternatives.

Did anyone happen to break one of those? Any idea how to look for a compatible spare?

I gave my WH Throttle to my brother, so I can’t check, but TM used off the shelves switches. I think it’s a regular SPDT (single pole dual throw) switch. Open her up and have a look!

Nice idea! Thanks!
(I hope the board inside is not broken…)

I googled it. You’re not alone…

The switch is not PCB mounted. And it is a standard switch. It is a on/off switch, right?

From the pics I could find, it looks like a switch with a smaller ”body”.

Maybe tomorrow I’ll open it up and check…in the meantime I would like to rise from my chair and officially thank @Fridge for his help with the Stickbase of my Warthog.
I received today the spare connector between base and stick and it was exactly what I needed.

Thank you so very much- the help you gave me with that generous gesture was worth a lot.

Plus I did swap it with my youngest (Gabriel Eric) in my arms, he’s four but a true wizarď with the tools!
Tested it and works perfectly.

Alright. I have received my first set of switches! I think that these will keep the panel size somewhat reduced.

First is a rotary encoder with push button action: 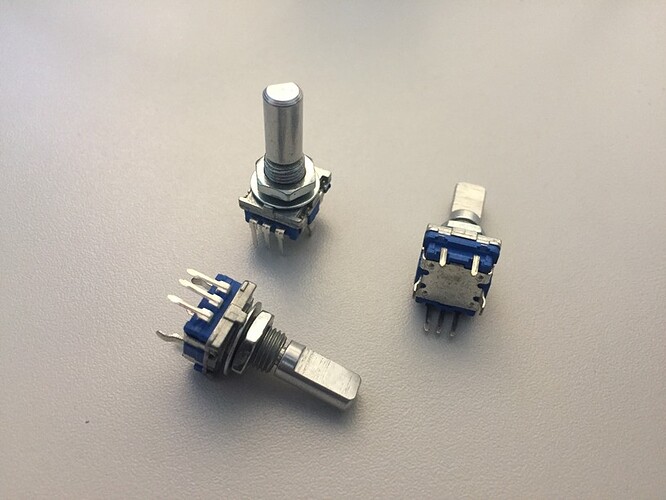 Pretty sure that these should send pulses for each mechanical ‘tick’ as you rotate them clockwise/counter-clockwise but I am unsure about the pins.

Second are some pushbuttons: 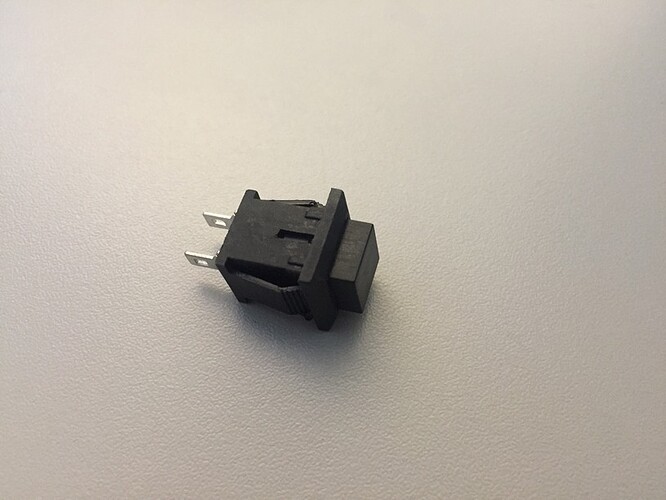 This might not be the final ones but they let me get started on the project.

My next step is to start prototyping what the panel will look like with either cardboard or with my friends Pursa i3 Mk3 printer while I find some electronics. I am not savvy enough to have a printed circuit board so it’ll be some grunt work with the soldering iron. I’m going to need help figuring that all out