In the previous parts of this series, we discussed tactical formation as a tactic and Fridge and near_blind recounted their adventures while applying this knowledge in a combat mission. Here we have the debrief that followed their mission. You can read Part 1: The Tactics here and Part 2: The After Action Report here. Debriefing Wheels chocked, shutdown complete, canopy cleaned and…

Nice work! I do have a question for the experts though! It’s something I’ve been pondering about for some time but it popped in my mind again when I saw @klarsnow mention 4-5 ATA.

On the top-left of the VSD and bottom-right of the HUD you sometimes get aspect information. However that info is sometimes accompanied by a number. I think things like 8R or 20L, I wonder what these mean? Does that mean I am looking at his 200 degrees if his nose would be 000? It is shown on page 68 of the manual but the meaning of the numbers is not described. Also, what does ATA mean?

Antenna Train angle, the angle from his radar/nugget to you. And yes what you are seeing in the hud is aspect there 8R meaning 8 Right, or 80 degrees right. Which means you are looking at the right side of his aircraft, which is pointed 80 degrees off of yours.

ATA is measured from the nose of the aircraft. So a 0 ATA would mean directly in the center of your canopy, and 180 degrees ATA would be looking straight behind you.

The key thing when you are maneuvering and in my descriptions is we shorten it to a 4-5 ATA or aspect, and don’t say 40-50mainly because I can tell you the difference between a 40-50 ATA or aspect, but the difference between a 40 and a 45 is very very difficult to see. So we just keep it simple, and everything is understood to have a zero after it.

Thanks a lot for the info, @klarsnow! Can you confirm if my visualisations are correct? 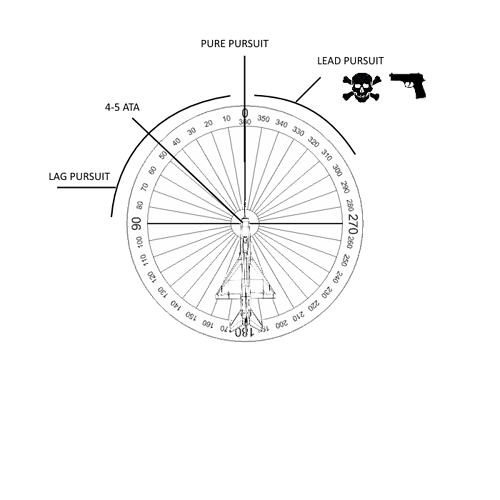 If the bandit was on your left wing instead. Would you use 33-34 ATA or recalculate to 2-3 ATA?

Thanks again for all the info!

Aspect normally is given up to 18 (which is also an H aspect for head on) you just append L or R to it depending on which side of the aircraft it shows you, this is how the radar presents it anyways. You don’t continue on past 18

Ata is normally just pure degrees, doesn’t matter in what direction could be up or down as well, so again it shouldn’t go past 180 degrees cause then it counts down, always in shortest direction is one way to think of it

It does in the F-15 though. Although thanks for your insights once more.

Hmmmm now I’m curious because I don’t recall seeing that anywhere, is that out of the manual? I say this because the fact that it doesn’t has real application for flying stern conversion intercepts properly, and I have used dcs to practice those during flight school and don’t recall it giving erroneous info

It’s from the manual alright. I honestly don’t know what it was like ingame as it’s been ages since I flew the F-15. I don’t got PC acces for a few days so I can’t check.

Cool, like I said just curious if there as an error in dcs, or if it’s an old manual, or I was just being stupid and my brain is making me see what I wanna see out of the radar, all things are possible, but it looks to me like the manual is just old

The manual was rewritten when Belsimtek did the PFM for her. However it’s possible the image was old or something. I did some extensive image googling and I can only find imagery that supports your arguments. 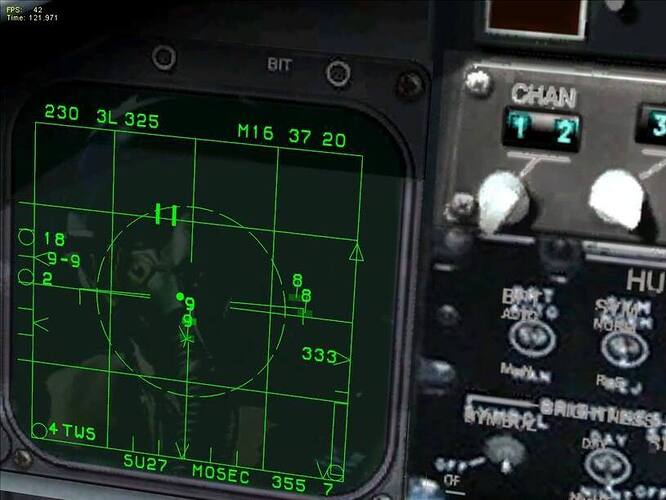 All these images are from older versions of FC. But I wouldn’t understand why you would want it to go the full 360 degrees either. So where I put 20L in my image, it should have said 16L right?

The manual actually confirms your statement in the TWS chapter.

Anyway. Still a lot of thanks for the info. While I understood aspect those numbers where alien to me. So I learned something today. Thanks a lot @klarsnow. I hope you don’t mind I sort of hijacked your topic @Fridge!

I love it! Discussion is always great and learning something better than learning nothing. I learnt something

I updated my visual representations. If @klarsnow says I got them on the money now. I’d like to add them to my F-15 guide I’m hosting on another site. Don’t worry, it’s not a Mudspike competitor

It’s a website about DCS world in dutch. However, I’d be happy to translate it and have it here on mudspike as well! It’s just a thorough guide on all the things about the avionics you’d want to understand for combat against atleast AI’s. What does @everyone think? I’ll provide a link, you can skim through the images for a bit and tell me if you’d like to see that in English

@Fridge I did a section about PRF too

Now back on topic, my visual representations. 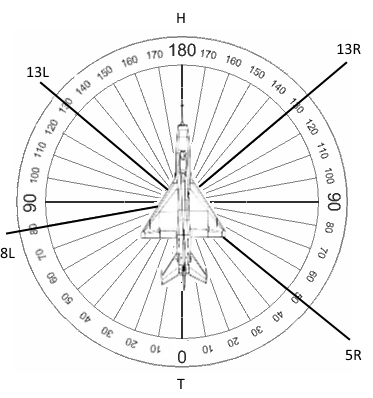 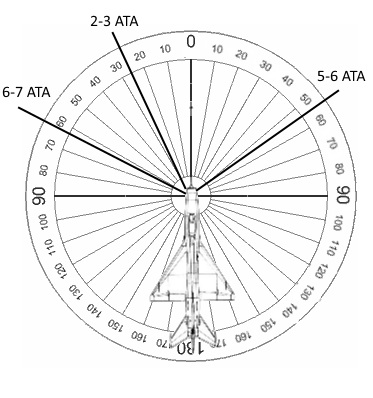 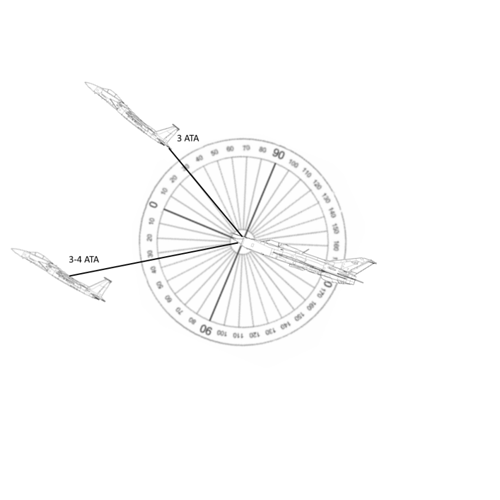 ATA can be calculated in either horizontal, vertical, or any combination there-of. It can occur in every possible geometric plane.

That all looks correct to me, just keep in mind these are mostly tools so you can talk and quantify what you are seeing

Okay thanks! Being able to quantify things does help bring understanding. So that’s why I think it’s valuable. You surely won’t start wining fights just because you can ratify ATA or something like that but the knowledge adds with what you already know.

Just wanted to add my thanks to Fridge and company for publishing these articles. Also very much appreciate the expert commentary. I’ve been getting up to speed with the F-15C lately in order to get through the DLC Red Flag campaign, so the timing is perfect. Love this aircraft and like everyone else, wish that it had the full DCS treatment. Cheers.

Just wanted to add my thanks to Fridge and company for publishing these articles. Also very much appreciate the expert commentary.

Amen…they are covering stuff that I have zero knowledge about…so it’s great to read content that is interesting, educational, and that is totally outside the scope of what I know… Great stuff…