The Mudspike DCS: A-6 Intruder module

Since we’ve already passed a motion on creating this for DCS, I figured it wouldn’t hurt to start a discussion of what we want to include in our first DCS offering.

So, here’s my wishlist:

All the versions of the A-6 during her lifespan to include:

A-6A
Accurate modeling and simulation of all the radar sets, the rotary drum attack/ navigation computer (to include being able to simulate kicking the computer console if it freezes up (as depicted in Flight of the Intruder). Include a Vietnam map, a Whidby island/ Cascade Mountain map, and maybe also an Oceana/ Virginia Capes map.

A-6B
Accurate modeling of ECM and EW systems, accurate models and flight and system limitations for the AGM-45 Shrike and AGM-78 STARM, and accurate models of the early Soviet SA-2’s that were placed in Vietnam, along with varying levels of AI controlling those missiles, to simulate both Vietnamese operators and Soviet “advisors” controlling the sites.

A-6C
Accurate modeling of the TRIM pod, Black Crow system, and updated radars. Include accurate Vietnamese trucks and other vehicles, and maybe an expanded part of the Vietnam map to include the Ho Chi Minh Trail.

KA-6D
Accurate carrier operations, to include on-duty tanking, roundup tanking, and the ability for the AI to hawk the deck or fly formation on planes with issues. Inclusion of random failures in the refueling package and avionics due to the high number of cycles the tankers required.

A-6F
Add a “what-if” type scenario, where the Navy ordered the Intruder II when it became more and more apparent that McDonnell-Douglas couldn’t deliver with all the promises being made in the A-12.

OK, that’s what I’m thinking so far- shouldn’t be that hard to do, right?

What else do you think needs to be included, or what else would y’all like to see when we release this module?

Should only add a week or two of development time to add an entire Gulf War scenario and scenery too. Amiright?

Need to make a challenge. Throw the EA-6B ICAP on there as well.

Oh! Can we also hire Willem Dafoe to do the voice of the virtual B/N?

Only if we can get Danny Glover as a squadron CO.

I’m not an A-6 expert but always loved this aircraft from the book and film, but also the very very early Spectrum Holobyte sim I owned on my Amiga 500 at time.

Flight of the Intruder early sim

What I do remember of it was it was fairly accurately done for its time, the Phantoms would leave a smoky visible exhaust and the Intruders attack radar was pretty basic, if your nose dipped below horizon it became all fuzzy … something like that, how true this was I don’t know, but this old sim was made by the makers of the original Falcon simulation that went on to be Falcon 4.

I’d just like it to be as realistic as possible - steep learning curve or not and have the simulated Aircraft capture my imagination the way the early sim did and enjoy some white knuckle poor visibility and return to carrier night traps.

Oh, and go Downtown too 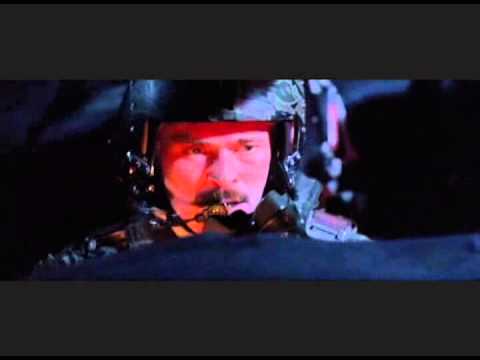 So how do we do DCS: Liberty Ports? I’d love to try out the Tailhook Bar in the O-club at Subic Bay.

I’d imagine that, and then we get to experience VR Toilet Hugging™ then go play VR Golf™ for the rest of the liberty.

But will it also include being able to cross the bridge over the canal and go into Olongapo? I’ve heard stories from some of the older hands I knew…

Too funny, but would love a DCS A-6 module closely followed by a Phantom of same era.

and then a massive bar fight, LOL

If I were in charge of the module and had my druthers, I would go with the A-6E TRAM variant as the initial release, with possible A/B implementation later. Reasons are:

I would also love a SWIP bird implemented (perhaps as a module expansion), which added composite wings to the A-6E and made a number of avionics improvements, including GPS and the ability to launch E/O guided weapons like the AGM-65 and the AGM-84E SLAM-ER.

Of course, the F model would be awesome as well!

So we’re in agreement, HomeFries is the new project manager for Mudspike’s first foray into DCS? Can I get a second?

If we’re talking qualifications for PM, here you go:

Just be careful what you wish for. I was an NFO, so the bulk of the module would be on the right side of the cockpit.

Ok guys… this is evil!

Seriously, just imagine- I’m running through a tough tough patch in my life and suddenly I see in my inbox in Gmail the Mudspike Forum Digest.

I’m all like “Aw cool! let’s see how the serious stuff goes!”

My heart skips a beat when I read what I’ve been dreaming for my whole life… DCS A6 Intruder.

Then I click the link- and all comes down…
I flip the desk, i flip the building where I work, once back home I flip the car and then proceed to flip the whole condo too.

There, look what you make me do!?

J/K: It’s really great to see that I’m not the only one going banana sandwich after the Intruder.
Yes, the book was amazing and the movie a tad less so (!).

I’ll follow this closely and I’d do anything in my power, ANYTHING- to fly the Intruder in DCS.
Thanks guys for keeping this up.

Also I knew nothing about this dedicated group MOD-Making the A4…
Is there a proper site beside the Reddit forum?

Thanks,
Live Dangerously and fly safe!

/r/hoggit is where it’s at, but there may be more over on http://wiki.hoggit.us/view/Hoggit_Wiki:_DCS_World_Information_and_Tactics

Love to build model 1/32 kits of my favourite subjects too and the next one will probably be the A-6 from Trumpeter, Now Trumpeter from China are known for good and bad kits, but fortunately their 1/32 A-6 is a good one, it comes in a big box and is very highly detailed, though you can buy more detailed extras if you like.

Here is mine next to a real 1/1 adult cat for scale, owned the kit for about a year and really want to start soon when I finish off other builds first. 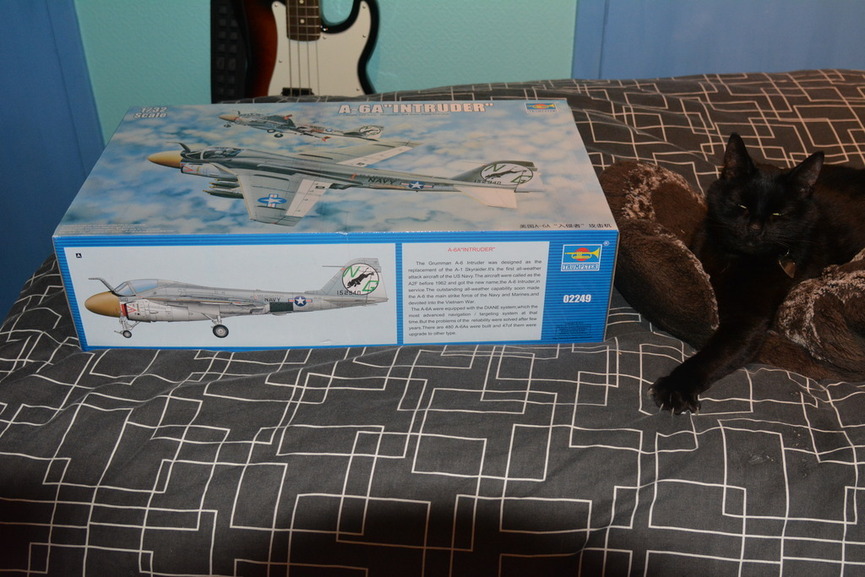 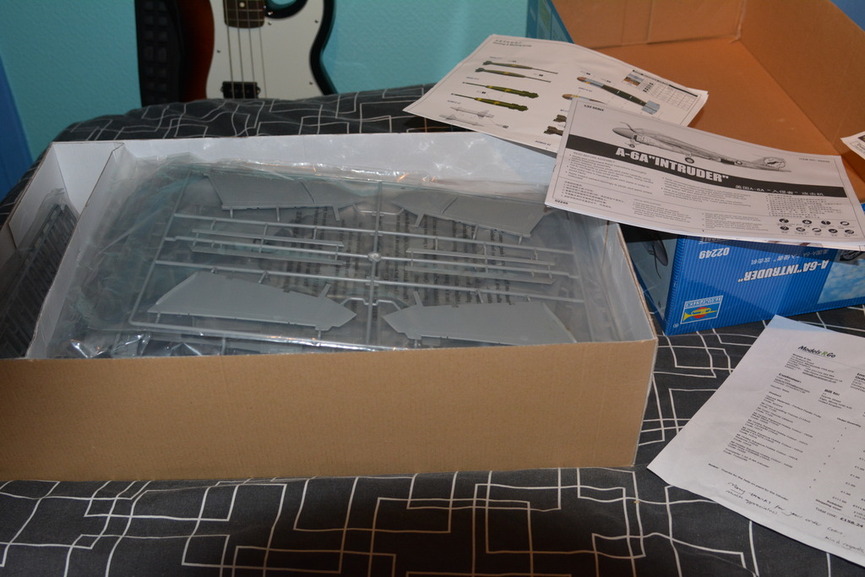 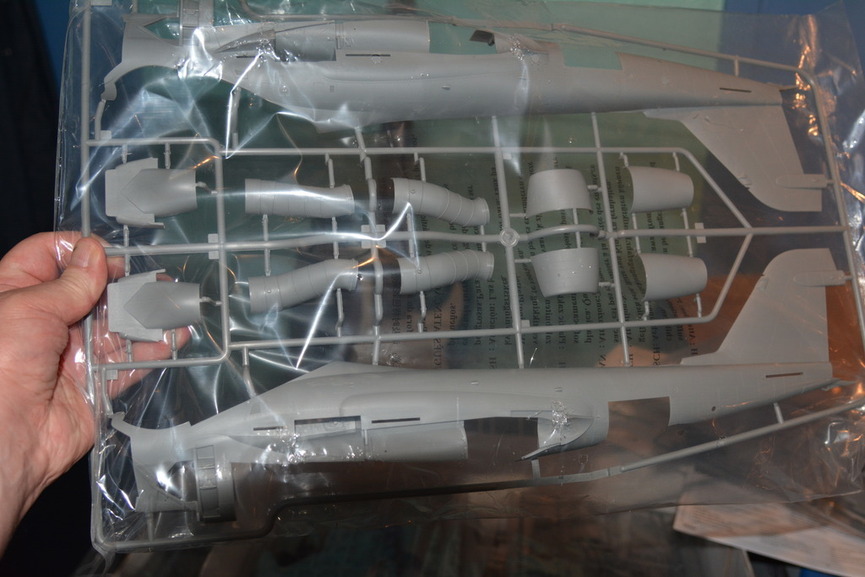 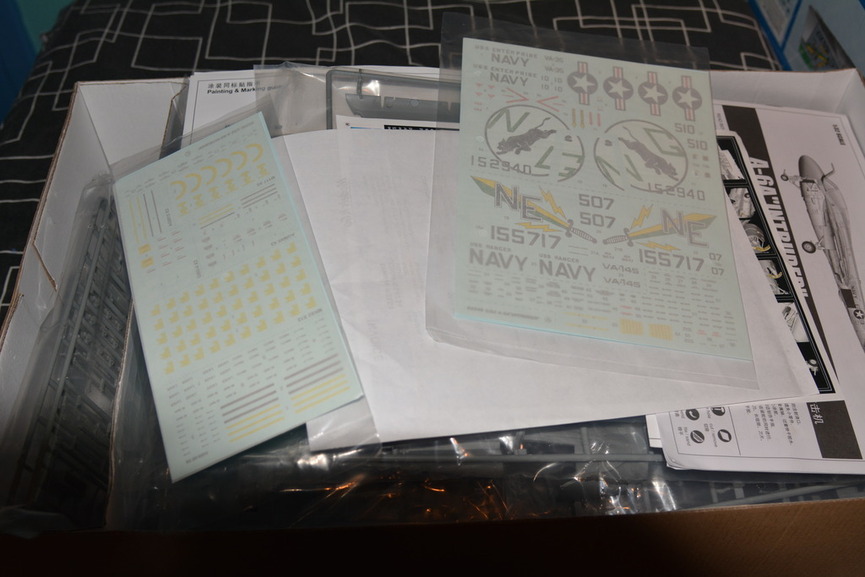 And a good build on this model.

Hell I’ve been told that I sound like him:-) l can give ya a little come on Sandy 505 I would do for you! Says Cole vergeil Cole!!

I have the matching twin for that 1:1 cat…