Personally, I would love to see an updated Cougar throttle. I loved mine and modded it short of converting to USB. With DCS F-16 on the horizon a new updated Viper throttle would be prefect, imho. I wonder also if there would be enough interest in an F-16 throttle that would move TM to produce a new one. I mean, BMS has quite a following and there seems to be a lot of interest in DCS’s Viper.

Interestingly, it’s difficult to get an idea of what simmers want, so… just wondering.

I cant speak to knowing what any of the sim companies like TM or Saitek/Madcatz/Logitech do, but I always felt like TM had created a pretty niche market with the Warthog, and with the removable stick option it would seem a no brainer for a line of stick grip products to match popular and future sims (similar to their racing wheel business model) but I guess as always it comes down to it still being a niche market where a companies ROI (is that the right term?) for developing a new product is not a guarantee especially when it is regarding a ‘replica’ for a singular jet.

That said, I personally would love to see more selection and features on joysticks, and would love to see an updated Cougar throttle. Maybe the DCS Viper will drive that. TM seems to have been leading the charge in controller options though, and were getting new interesting stuff from other manufacturers like Virpil and VKB.

My understanding is that we will see either an F-18C stick from Thrustmaster or a stick/throttle combo in the next year. I remember a Thrustmaster presentation a few years ago that mentioned 2020, which indicated that their high-end flight sim designs were on a 10-year life cycle. I know that the stick has been shown around over the past year but when it goes on sale is anyones guess.

Waiting on the Hornet stick reminds me of when CH announced their Warthog HOTAS. I saw it in action a few years back at IITSEC, but it never made it to a commercial market. I think I may even have some of the promotional material laying around. I sure hope the Hornet stick makes it to market. I like the layout.

I would like to see them make factory options of springs and extensions like Sahaj does. Currency conversion, shipping, duties and taxes from the EU aren’t pleasant here in Canada. TM products are fairly priced and distributed by some electronics retailers here, so that would really help.

A UFC from the Bug or Harrier would be killer too.

On topic, with the different mounting style of the Viper stick (side mount) I think it’s different enough to make a non-conflicting product. Too many types of HOTAS and your are competing with your own market share - if you can’t mass produce, the costs go way up.

Edit:
I also don’t think many, if any people - would be likely to own two, even if that’s just another stick to swap onto the base, except for current owners that may buy a Hornet stick, for example.

There is a UFC from an A-10C available

I wouldnt mind an F-14 grip with an spring-loaded analogue roller for the DFC. Gonna butter them sammiches

VKB, last I heard, is building one. Not sure about the spring loaded switch though.

What about Force Feedback?

Is the standard death?
When does the FF copyright ends?

A high end FF stick would be a killer!

Bring back the Cougar in a modern upgraded way. Thrustmaster, you build it… we will come.

When does the FF copyright ends?

Hmm! Not sure if this says it ended yesterday? 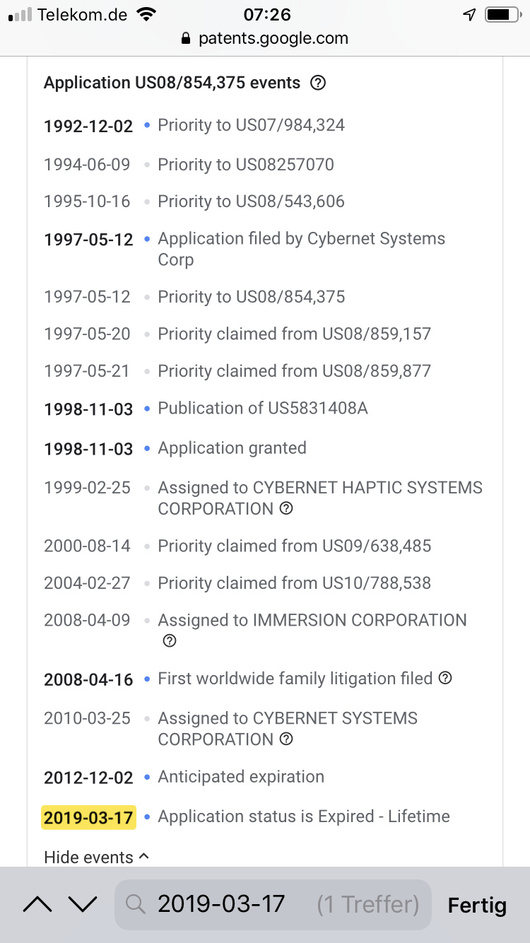 What about Force Feedback?

Is the standard death?
When does the FF copyright ends?

A high end FF stick would be a killer!

I saw one. It was next to a Unicorn. Seriously, there is a market for this. Wish they would make one.

…and now I’ve fallen down the rabbit hole of reading the entire patent application. Dangit.

I think it’s actually more complicated than just that patent. That was granted from Immersion as part of a licensing deal with Microsoft. There are others here:

https://www.immersion.com/ is the one licensing it out, and I’m not sure if all their relevant patents are expiring this year or not. They aren’t a patent troll per se, because they do make use of the patents they hold, but they also make anything related to haptic or force feedback too expensive for joystick people to license (as I understand it, could be wrong of course).

I went to the USA Thrustmaster site and the HOTAS Warthog wasn’t listed under joysticks, so I looked for HOTAS. Nope, Finally doing a search for the product by googlizing it, and got a hit. But why wouldn’t it be listed as a product in their menus? Something going on that was announced?

There is, potentially, a new F-18C based stick (and maybe throttle) coming up in the next year. Maybe.

That being said, the Thrustmaster.com site is down for me at the moment.

Got to play briefly at a flightsim event last year and it looked pretty good! Bit pricey though.

Vkb is doing an f14 stick.
Just a question…the dlc rotary is springloaded?so when it is released it come back to center? 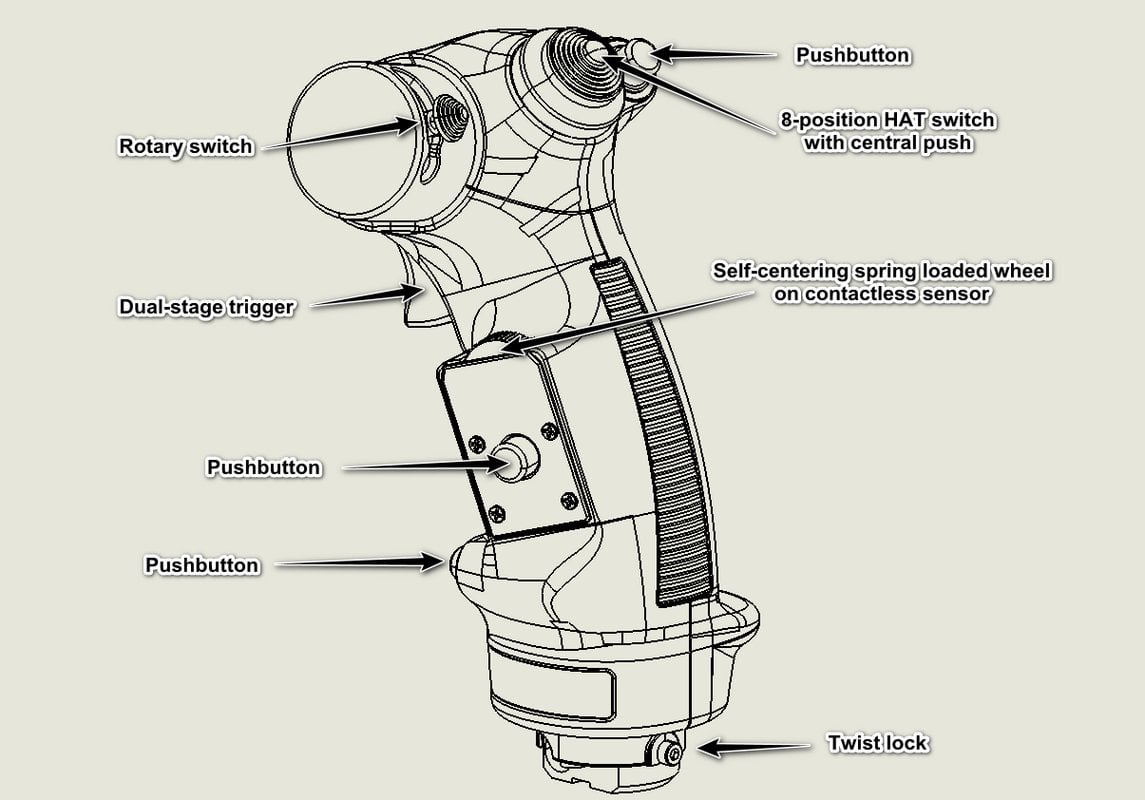 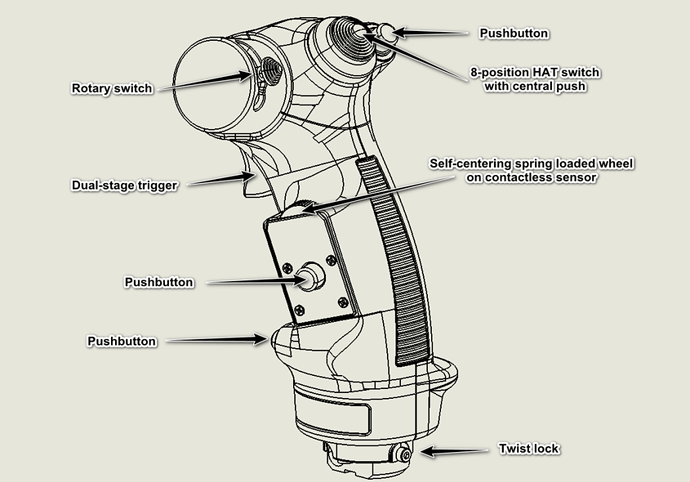