TM Warthog... worth upgrading from the X55?

I am considering taking the plunge and upgrading to the Warthog but I am not 100% sure that is the direction I should go. I have a perfectly functioning X55, which certainly does the job. What do you guys think? How is the Warthog for flying other DCS modules other than the A10C?

Functionality wise you are not going to gain anything. The Warthog has metal parts and a great feel to it. The action is pretty good but you will probably get some sticktion issues eventually. One thing it does have over the x55 is the ability to change out the stick and, in the future, swap it out with another variant. It is also easy to mount the stick or install extenders if you are in to that sort of thing. I have been very happy with my warthog. I have never tried an x55 so that’s the best I can tell you.

If you’ve got the cash to spend, I’d recommend it. I’ve had mine for six years, only complaint was the trigger broke a year ago and I had to replace it.

Overall I much prefer the heavier feel of the warthog for flying. The only real downside is the lack of rotaries compared to the X-55s.

If you’ve got the cash to spend, I’d recommend it. I’ve had mine for six years, only complaint was the trigger broke a year ago and I had to replace it.

Yeah - I really do love my Warthog. It has a really solid feel. Even without being bolted to anything, you’d have to struggle to really move it - the weight is impressive. The thing is solid too. The only problem I ever had with it was my own doing, I snagged a cable on my chair once, pulled the throttle of the desk and it landed on the side - breaking off the mic switch on the throttle. Glued it back on and it has been fine ever since. There is something really satisfying about moving the metal switches on the base and hearing them “thunk” with authority.

and, in the future, swap it out with another variant.

I mean, don’t count on it, this promise hasn’t been met since the Cougar got released. Although some people are printing new types thanks for the advent of 3D printers.

PaulRix,
Have you ever come to the right place… This is very subjective matter. I have both. I was an avid user of the X52, 52Pro and X55. Between the 52Pro and the '55 I got the Warthog. I put away the Warthog to use the 55 for about a year. Let me say that the Warthog is an outstanding piece of kit with an unbelievable feel. It has a lot of buttons like the X55 and even more on the Stick. But what you really want to know is, is it better. Yes and No. The X55 I got gave up the ghost in less than a year. It has a spike on the Throttles that is so bad, it feels more like an On/Off switch. So I started using the Warthog again. I welcome it back. It really is a great stick. Since you are an avid simmer, I would say, if you can afford it, GET IT. You will love it. Don’t get rid of the 55. Keep it as back up. I am currently flying with the Warthog Throttle and X55 stick. My Warthog stick had an accident. Its awaiting parts.

Bad
Needs modification of the spring system
or else it is too heavy to use
My slew control has never worked.
Expensive
Factory support is in France and Im not

Bad
Fake Countermeasures “Hat” is a button
Throttle Feels rough with its grease in place
Cheap wiring and components
No support( if it breaks you throw it out)
Some don’t last some do. Luck of the draw

If I may I’d add my experience to the discussion.

I’ve had the 'Hawg for over 6 years too and I tried an X52 pro and another HOTAS combo I can’t remember. Logitech? Could be…

Well in short you’re NEVER going to worry about precision issues with the 'Hawg.
As @BeachAV8R said the ‘thunk’ of most switches really leaves you satisfied.

But as many other pointed out the big a$$ centering spring can prove a bit too much to handle- if you go at it for more than an hour OR if what you fly is ‘stick intensive’.

For me Rise of Flight planes or the DCS Huey were nearly unplayable (YMMV) until I ‘modded’ the stick and removed the main spring. Took me 20 minutes, because I took extra care, and I was free.

Really- you lose the powerful re centering force* but you gain in smoothness of operation and near-center sensitivity.

I could never go back to standard issue stick.

*While you lose the ‘main’ centering force you still retain a gentle center-push where it’s most necessary. That is close to the stick centerpoint.
Which means you still have no problem getting the stick centered just as fast but so gently that operations that require extra care (AAR above all) are much easier (again YMMV).

Some switches feel a bit flimsy- only a few.
Pinky switch of the outboard throttle top and flaps one; but it doesn’t really detract from the experience.

My deep suggestion is to still find a way to bolt/screw the 'Hawg to the desk as it provides you with a more ‘careless’ handling- especially in the DCS A 10 where the shutting/starting of the engines requires you to lift (very realistically) the throttles for the shut-off detent.

Is the 'Hawg perfect? Nope.
Is a perfectly good piece of electronics that will make you proud? Hell. Yeah.

Sorry for the wall’o text.

Thanks for all the great input and info guys! Just what I was hoping for.
I will think on it a bit more, but it is most likely a case not of if, but when

Had both a Warthog and X-55. The X-55’s quality is not great, plus annoying missing axis as well, but then again the switches on the Warthog tend to break far too quickly and for helo flying it is too stiff, so hard to overwhelmingly recommend either.

Warthog is far better for sure, but it’s subjective on if it’s $x amount of dollars better or not.

I wonder if there will be a new F/A-18 stick one day, sort of like how the DCS A-10C worked so well with the Warthog?

Agree with and echo what’s been said above. I’ve had mine for seven years and have had no issues.

The TDC isn’t the best and takes some getting used to but it works. The lack of an L-Wheel is kind of a bummer for A/A aircraft but you can get around it with the slider on the right side of the throttle base.

@fearlessfrog I think they’re moving that direction - In fact if you look at the T1600 throttle, it bears a very strong resemblence to the Hornet HOTAS - but it’s a question of when. Speculation so far has been that we’re still a couple years from that, but take that for what it is. Since the F-15 and F-18 share the same stick, it would certainly make sense for them to make one.

Every now and then, the Warthog will be on sale for a better price. It wouldn’t be a bad idea to wait around for one of those and scoop it up then.

Thanks Fearless,
My one concern with the Warthog is that it is pretty specific to the A10C module and therefore compromises have to be made for other aircraft. The X55 requires compromises on all aircraft because it isn’t modeled after anything specific. The X55 does lack some useful features though. A two stage trigger for one.
I think the sensible course of action will be for me to stick with the X55 for now until I find a good deal on either a used Warthog or there is a good sale somewhere.

We must have been typing at the same time @boomerang10. Seems like the best course of action.

Why the x55 didn’t go 2 stage trigger is beyond me. It was a brilliant success in the x 52

My one concern with the Warthog is that it is pretty specific to the A10C module and therefore compromises have to be made for other aircraft. The X55 requires compromises on all aircraft because it isn’t modeled after anything specific. 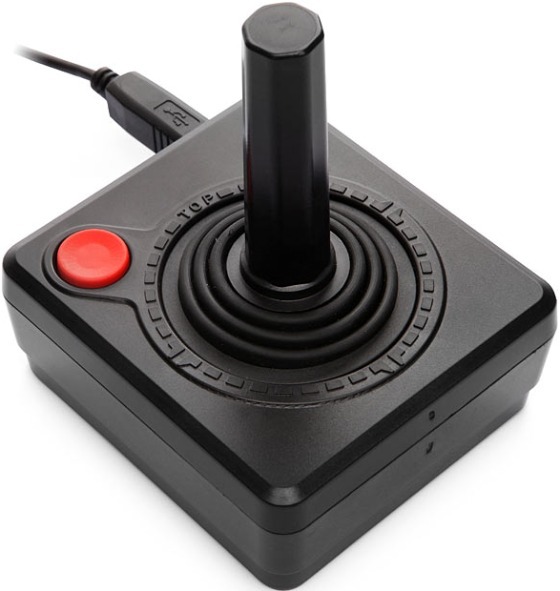 Is that an airbus stick?

Is that an airbus stick

I have no comeback for that

Well, so much for having patience and waiting for a sale.

You have to love Amazon… Shipped and a revised delivery to Monday! It’s going to be a long weekend…