I think this has been kicking around forever, so not sure this is anymore true than any other time… but yeah… thre you go.

Oh no, please not a Top Gun sequel/remake/whatever.
Especially not with Tom Cruise.

On second thought:
If it is only a short cameo of Cruise as Maverick, some years after his career ended, as a LCDR(ret.) giving a talk on old fighter tactics or something, I guess I could live with it.
If the movie tries to be halfway accurate (read: NOT like Top Gun), and not as cheesy as the first one it could even be interesting to watch.

Well… I had this more in mind…

Anyways, your idea sounds good too… I’ll check the badges

Yes, he will dress like that for the directing, writing and producing

Yes! I win the badges!

I had a rescue mission in mind, You know Maverick gets captured while running rubber dog S#$t…

I don’t know if it is really that funny, but that thing made me burst out laughing so my colleagues think I am a madman. Again.
Thanks for posting!

The long gestating Top Gun 2 has added another cast member with the return of Val Kilmer as Iceman the actor confirms. He'll join Tom Cruise in the sequel.

I just saw this topic for the first time, loved the comments!

So that is where @SiThSpAwN 's title is from.

Anyone know the cargo capacity of a C-130? The budget could stretch to a C-17 I guess. 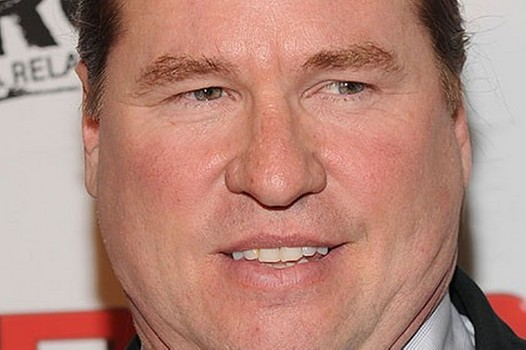 You kidding, I think they have places they can just go have all that fat sucked out… no worries.

Anyone know the cargo capacity of a C-130? The budget could stretch to a C-17 I guess.

I think the budget may need to go a bit farther…might need the AN-225.

Looks like Top Gun sequel may feature the Super Hornet instead of the F-35. Tom Cruise has just teased the long-awaited Top Gun movie sequel (expected in July 2019) with an interesting photo posted…