This is a current live video… 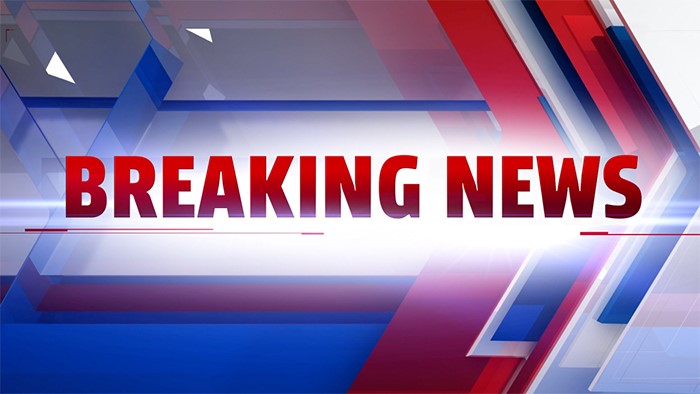 The one curious statement I saw was that even tied up it has a million gallons of fuel oil onboard (the source for this was the Navy Times…so not sure how accurate that figure is)…but that the fuel was “well below where any heat source is”… With the decks collapsing downward…umm…I wonder how long that will hold up. I guess if there is water over the fuel tanks at this point I suppose that could insulate them well enough. 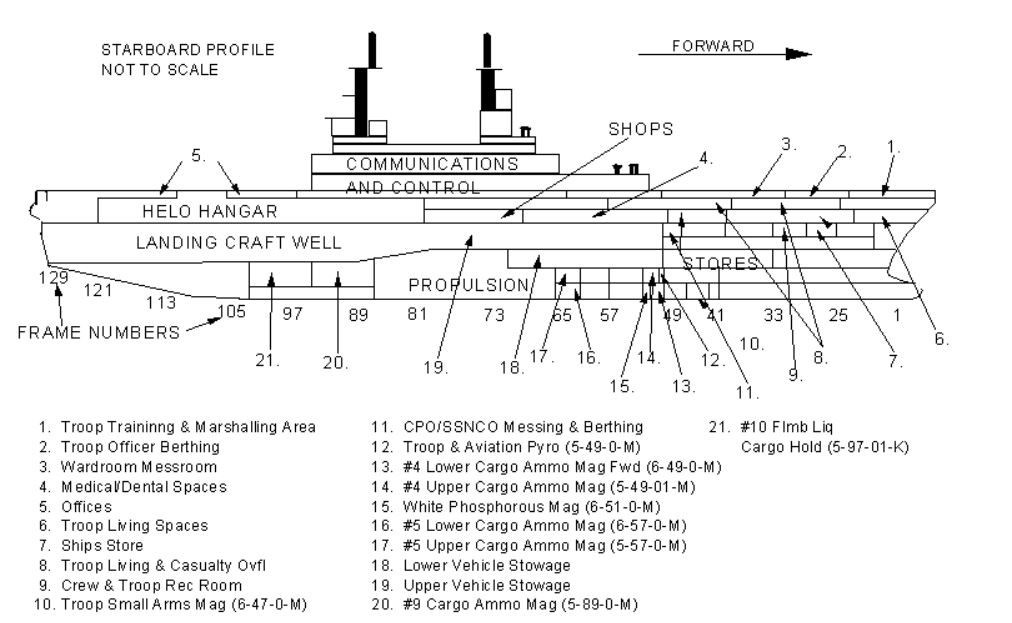 That figure was given yesterday during the press conference with SURFPAC, so I’d call it good.

I believe because of situations similar to this, you’d have fuel low in the hull, in innerbottom tanks or bunkers lining the hull along and below the waterline, and as long as it’s liquid and not atomized, you should be fine. In terms of what fuel is for what, I have no clue what the vehicles can/ will burn, but I know LCACs have gas turbine engines, and boilers will burn pretty much anything - it’s a matter of cost, I’d imagine (we topped off our escorting DDG’s and CG more than once from our own JP5 stores, which was the only fuel we carried onboard, even for our emergency diesel sets).

Live video from CBS 8, looking from I think Harbor Island: Hope those helicopter drivers are wearing respirators or something. I’m sure there are some toxins in that haze they are flying through repeatedly.

The toxins are spreading county-wide; I’m from friends 25-30 miles inland that they’re smelling/ breathing it.

The toxins are spreading county-wide; I’m from friends 25-30 miles inland that they’re smelling/ breathing it.

I read similar comments that there was a temperature inversion in the San Diego area that was putting a cap over the region…causing the pollutants to just stay in a dingy low level area. They could use some lower temps and a breeze to break that inversion. Of course…wind wouldn’t be good for the fire fighting effort.

This photo looks…surreal…I think from last night before sunset…

The absolutely only good news in this current situation is that it was not one of the Nukes. Would all the CIWS ammo and whatever missile systems (Standard missiles?) they have be disarmed and unloaded while at the pier?

I wonder what all the yellow tinted liquid is that is pouring out of the hull/doors there under the scaffolding. The TV helicopter zoomed in on it for a while…I’m sure there are all manner of paints, solvents, stuff…that are being washed out of the hull… You can see the zoomed in portion at 16:30 in that video above… 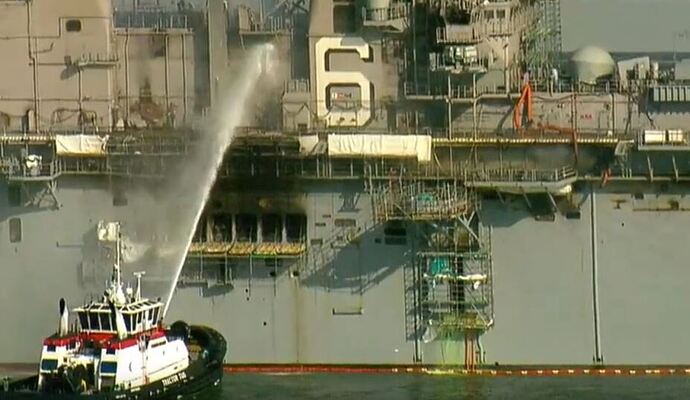 The amount of effort, and the size if the problem of fighting that fire, staggers me. I can’t even begin to imagine all the variables and knowledge you’d need to have to fight such a beast.

Indeed. The specialized knowledge of what is on the ship, the layout of the ship, what the ship’s crew knows, what the contractors know, what the outside firefighters know. I’m sure there is a lot of overlap and on the job education and cooperation (and probably some arguing too).

Yeah I imagine that right now that are hitting anything hot with water to try and keep the temperatures down. Looks like helicopters are dropping water on the aft part of the (forgive me @Navynuke99) superstructure, while that fire tug tries to work on the sides.

Wow. Look at the holes in the deck… 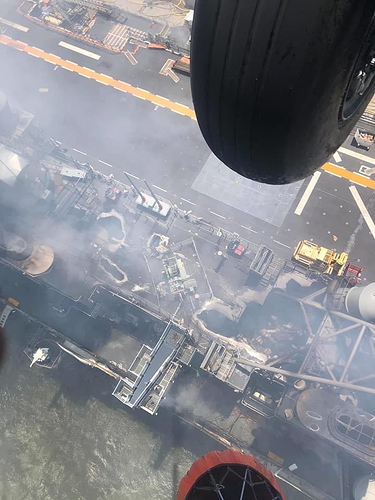 I wonder what all the yellow tinted liquid is that is pouring out of the hull/doors there under the scaffolding.

From a Reddit thread, activated dye marker packets for float coats stored in bosuns lockers off the hangar bay. Which makes sense now that I look at it.

And another pic of the hole in the superstructure: 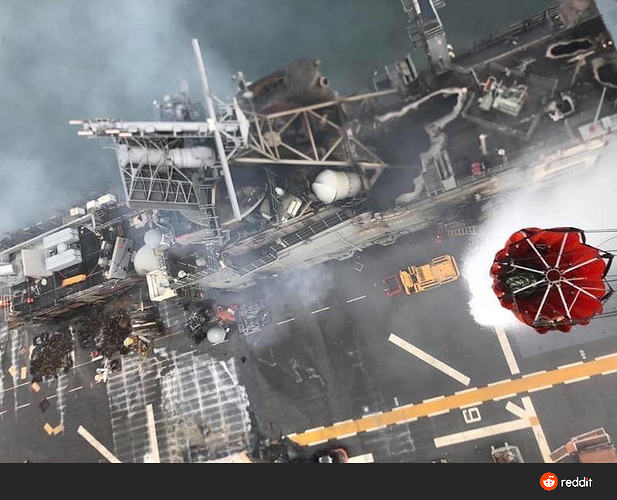 Geez…with damage like that it might be time to consider dragging one of the Tarawa class LHA’s out of reserve or speeding up construction of the Bougainville to fill in for her, because even if they save her shes going to be down for who knows how long…

I’m not an expert for ships but to me it looks like they can probably scrap her and build a new one and it would be cheaper.

Sure does look that way.