Nice video! Some cool footage for sure.

Who else is nerdy enough to be annoyed when they showed a row of A-7Es halfway through the vid? Not talking about the one where there’s a French Crusader in front of them.

“Last of the Gunfighters” and a Xxxx machine according to their pilots.

If you’ve never read Pettibone’s Law, there’s a couple of great stories about her in it!

I LOVE the F-8! Been a fan ever since reading Buck Danny nr 33 ( in Dutch: “Het geheim van de spookvliegtuigen”) as a little kid. 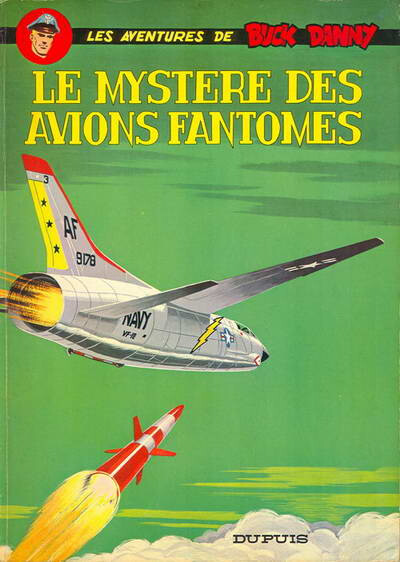 The speed, manoeuverability and elegant airframe and wing shape are fascinating in such an old jet.

The A-7 was a great machine in its own right.

I used to fly with an A-7 pilot who served in Vietnam, and then in the mid 70’s conducted an air intercept; the A-7s were the only operationally capable aircraft on the boat that day!

then in the mid 70’s conducted an air intercept; the A-7s were the only operationally capable aircraft on the boat that day!

I seem to remember reading something about this- something about a carrier on deployment in the Med, had an emergency that flooded an engine room, and the air wing was dispersed throughout the region, and something about not being able to get the F-4s started.

100% agree. From what I’ve read, the A-7 seems to have done everything right that the F-8 was lacking: a great safety and reliability record.
Of course, it also did everything wrong that the F-8 did right, especially the early versions weren’t exactly fast and nimble.

Funny how 2 airplanes that look so similar can be so different.

Something along those lines exactly. I read the report years ago, it was public and was kinda neat. Looked for it just now and couldn’t find it.

Well, it didn’t earn the moniker SLUF for nothing…

We need this jet in the sim. Oh, and a SEA map, maybe?

Think I’ve yakked about this before but I worked with a dude who had a lot of awesome bits about his time in the F-8; when nam ended he had to go elsewhere. Also met J. Tucker (he was flying for SWA at the time) - last -8 to get a Mig; I had literally just read about his action when we merged (in the bar after they landed)

We need this jet in the sim.

Leatherneck is working on that, right?

The A-7 was a great machine in its own right.

I used to fly with an A-7 pilot who served in Vietnam, and then in the mid 70’s conducted an air intercept; the A-7s were the only operationally capable aircraft on the boat that day!

I found the book I read about it in: 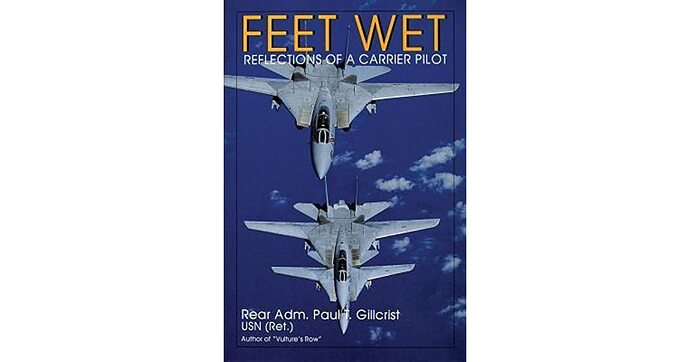 Paul Gillcrist was a navy carrier pilot for almost thirty years, from the early days, of flying propeller planes from straight deck carri...

I think you are thinking of the DCS A-7E Corsair 2 by FlyingIron Simulations. Don’t quote me but I think the A-7E was a derivative of the F-8. So close perhaps?

Magnitude 3 / Leatherneck does the F-8J Crusader

Magnitude 3 / Leatherneck Simulations have teased us with some rather interesting pictures on their Facebook page. Hey guys, while we are making sure Corsair will shine in all its glory, the other team prepares to give wings to yet another amazing bird… You’ve heard the saying: “When you’re out of F-8’s - you’re out of fighters.” [image] [image]

Although that one has not been licensed by ED yet and it has been a while since their F4U Corsair seemed almost done.

The A-7E Corsair II by Flying Iron Simulations has been licensed and has a DCS official forum section now.

One of my favorite books!

Can’t explain it, but for some reason that variable angle of incidence always fascinated me

Great book. Think I have the hard cover version still

Who else is nerdy enough to be annoyed when they showed a row of A-7Es halfway through the vid? Not talking about the one where there’s a French Crusader in front of them.

I just couldn’t get past the weird voiceover calling NASA “naesa” or MIGs “Meighs”, or sayingtthat the french crusaders served until the Rafales (don’t even bother to remember how they pronounced it) were replaced (instead of saying the Rafales were the replacement) … lol

Those youtube slideshow videos must be made with very little resources and probably outsorced Voice Overs online with minimal review… I get it, the nature of the beast, but for someone who work with this kind of stuff, it’s kind of painful lol.

Thankfully the crusader still makes it fun to watch.

Pretty sure it’s an AI text to voice program there. And yeah, definitely a channel that’s just out there to pump out lots of content for the ad revenue.

That’s impressive for AI, but it makes sense, anybody can say NASA lol