Want to know why I love X-Plane so much?

This site makes me feel good. I thought I had little self restraint until I saw all the posts of you guys popping off buying stuff all the time.

Honestly though…I’m trying to consolidate. I had FSX disk version, FSX: Steam, and P3D v1 all installed concurrently. I’d -love- to have just one X-Plane install and one P3D install. I can’t really think of anything on FSX that I couldn’t do without if most of the stuff can be moved to P3D.

Dance…dance…dance…let the install dance begin. Found out a lot of my previously downloaded ORBX files were out of date (even though they had been updated via the ORBX updater thingy…)

…now how can we work an F-111 into this Mudspike peer pressure?

Have you had any experience with the P3D Migration Tool? On my list of items that don’t look (perhaps) easily compatible with P3D v3 is my JustFlight Traffic 360 (adds AI traffic) and I’m wondering if perhaps that Migration Tool might work.

Have you had any experience with the P3D Migration Tool? On my list of items that don’t look (perhaps) easily compatible with P3D v3 is my JustFlight Traffic 360 (adds AI traffic) and I’m wondering if perhaps that Migration Tool might work.

When I first got P3D I researched that tool, but found mixed opinions on it,

I came to the conclusion that it was a useful/necessary hack when P3D first came out and not many payware supported it, so you could install stuff to FSX and then migrate, but these days most payware either support it or you can find posts where people figured out workarounds to install on P3D (i.e. put fsx.exe binary in our P3D dir for payware install checks), so I haven’t had the need.

If anyone has recent experience with it, I’d be glad to hear feedback on it.

I’m ready to put my fist through a monitor. Grrr…

Make sure you have the latest beta ASN P3D patch, it’s needed for latest version of P3D:
http://calvus.hifitechinc.com/laser/ASNext_P3D_Update_B6107.zip

The ASNext installer appears to be defaulting to a set location which is not where my P3D install is.

Hey success…! It appears I had some remnants of my old P3D 2.5 install lingering somewhere, so when I was trying to install ASConnect, it was finding the C: drive install first and automatically going there. What is insane is that you can’t change the path…it doesn’t let you…! Had it allowed me to change the path, I would have easily seen why the install wasn’t working. My clue was watching the files unzip to the C drive…

So that crisis solved!

What is really insane is that you have not inboxed you’re Rift yet.

Whose inbox is he supposed to be sending it to?

Beach, you might want to look into clearing down old registry entries of FSX etc if you’re going to P3D. That should help prevent installers getting confused about where things need to be installed. Also, make sure you have the latest version of ASN as HiFi need to update the app for each version of P3D (something they’re pretty good at).

For me the biggest hurdle about making the jump to P3D, and I wasn’t having any major reliability issues with FSX to force my hand, was the cost of re-buying the A2A aircraft (Pro versions are US$80 each), the GTN750, Active Sky (even as an upgrade), upgrading my RealAir Duke and Legacy licenses etc etc.

Still I made the upgrade and have certainly enjoyed P3D (wait, you can’t have fun with it right?!), the graphical improvements, stability and performance. I’ve had to ration myself on the A2A aircraft, having just re-bought the Comanche, as they are quite simply so superior to the competition.

ORBX, Aerosoft A320, Alabeo, Carenado stuff generally work cross platform OK, and some old stuff installs without hassles even without updated installers such as the Aerosoft Twin Otter.

Still with P3D you need to be aware it’s going to cost considerably more than FSX:SE in the long run with the increasing shift to P3D versions costing more. ORBX stuff works cross platform now, but they have indicated that in future P3D version updates are likely to incur a cost for new releases.

I’ve had one OOM in many hours of flying P3D and that was in the PNW/Seattle area with ORBX PNW, Global, Vector, Friday Harbour all installed. I’m told that’s about as challenging an area for VAS as you can get.

Also it’s worth mentioning that the paid version of FSUIPC can auto save your flight at nominated intervals which makes a nice safety net.

Thanks for that info @Agent_X20 - the good news is that I got ASN working now, it was definitely my fault having that hidden P3D install on the C drive. It’s interesting though, because I swear I uninstalled that - but the silver lining is that the ENTIRE P3D v2 directory was still there…including old aircraft and all the ORBX libraries that I had installed…so deleting that entire directory freed up nearly 80GB of space on my C: SSD. I was wondering why I was running so low on space…!!

And yes, I’ll probably miss out on some FSX aircraft that I have. As long as I can get the Lionheart Quest Kodiak working, I’ll be a happy camper.

It’s funny because I had P3D v2 and I’ll bet I played it for a total of 5 hours because I had so much “work” to do with FSX:SE that I couldn’t justify spending the time there. But I’ve salivated over the lighting improvements…so I’m interested to see where v3 will take me.

Nice tip about FSUIPC. I think the last version I paid for was version 4 (?)…I suppose there is a P3D specific version now though huh?

Thanks for the tips…

What is really insane is that you have not inboxed you’re Rift yet. 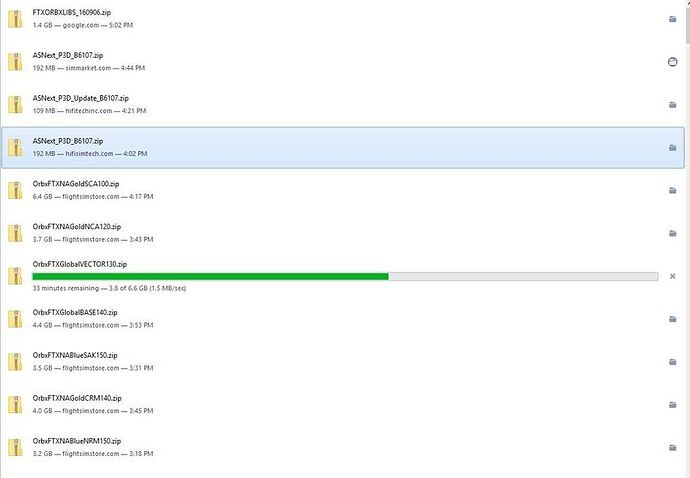 Lol. Autocorrect is a wonderful thing most of the time.

Yep. Much faster with beer, and absolutely no chance of anything going wrong.

Nice tip about FSUIPC. I think the last version I paid for was version 4 (?)…I suppose there is a P3D specific version now though huh?

No special P3D version of FSUIPC needed, I just downloaded the latest version, installed it on P3D and copied the fsuipc4.ini and fsuipc4.key files from my FSX modules dir to P3D modules dir and it worked just the same.

@BeachAV8R Without taking out of the box you can do the big download step of the Oculus Home etc. 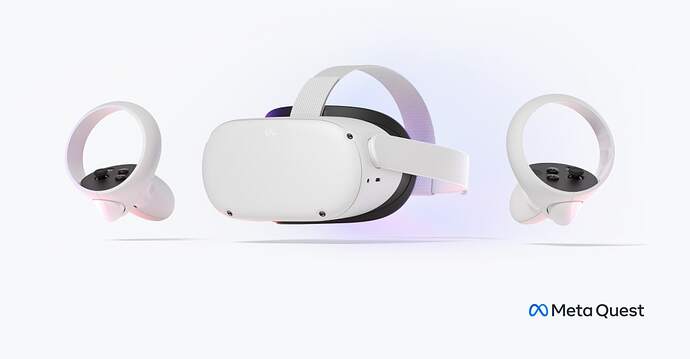 Once that guy has installed, you’ve registered and started it, then if you go to your Oculus Library then you can see in the ‘Not Installed’ section stuff like Luckey’s Tale and Oculus Dreamdeck to add/install. There’s a bunch of free stuff in their store too. It’s a good couple of gig’s worth, so might be worth doing in the background as you chug rather than waiting for it all.