As noted in the headline, I’m probably jumping the gun a bit here but wondered if we could start a casually excited chitter chatter about where to next for our Christmas flight.

I had to look back to see where we’ve travelled to date (not having been involved in the flights from the start).

The first Mudspike Christmas flight in 2015 was, as I understand it, on broadly the format initiated by @Deacon211 i.e. head to the northernmost airport you could from your home field and return back with presents.

The 2016 flight turned the whole theme upside down (hemispherically speaking) and the goal was to deliver presents to the southernmost airport you could.

The third MS Christmas flight in 2017 took us to Christmas Island. People got to the island with whatever means available including sail boats…

In 2018, the fourth destination was Pago Pago in American Samoa.

The fifth flight in 2019 headed to the Casco Cove on Attu Island, to the western edge of the Aleutian Island chain.

And on the second day of September a year ago, @PaulRix started making noises about where to head next - a conversation that ultimately saw the crew head to Cape Town!

I ran out of time and got stuck somewhere in central Africa last year…ended up selling most of my 727 for parts to keep the fridge stocked. I need to get started if I want to finish!

The other point I wanted to make was - we’ve had some good treks in the past that make for great reading…would it make sense to make a subcategory in the Screens & AARs for those?

I still have to complete my Lewis and Clark Expedition but right now I am at a good point to pause that adventure(St Louis where the real expedition holed up for several months).

So I guess we need some destination ideas.

Off the top of my head…

I still need to finish the airmail challenge I suggested. Once we have some better vintage options I’d love to refly the McRoberston air race with MSFS ortho scenery.

Excellent recommendations, I like Port Stanley just for the historical significance.

Now if MSFS would start getting some AC that I want to fly for the Xmas trek that would be good. It would be shame to have to fly it in FSX just to have some decent options.

I’m thinking that the DC6 will probably be my ride this time around.

I’m thinking that the DC6 will probably be my ride this time around.

Same here! I’ll tag along, if only to demonstrate how not to fly that venerable bird…

What about something different? How about (don’t give your personal addresses) we pick a members town or pub nearby to meet at.

We pick a number. Owner of the number picks a suitable location near them in real life to land at, a suitable drinking establishment or a museum or something similar to meet at.

The other idea is a scavenger hunt.

A worldwide scavenger hunt. With ortho and MSFS this is actually possible now.

Somewhere in Wantage UK is a Venom on a long display spike.

You solve the clue. Fly over and screenshot the POI. 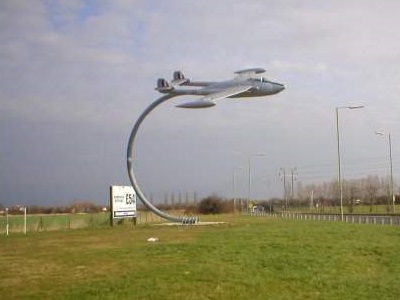 This will be loads of work but could be fun

I like this in principle - I wonder if we should try it on a smaller scale to iron it out, though.

This year I’m thinking that regardless of the location, I want to somehow end up flying over snow, at least at some point. This doesn’t happen automatically when flying from NZ, so I may need to do a dogleg of some kind to make it happen…

I’m in favour of the traditional get there from where you are format. The chrstmas island one was epic with some truly literary gems from the man in the sailboat. So good.

Port Stanley and Mauritius get my nod.

I actually really like your initial idea to go with the secret santa for folks doing that. If you participate you have a flying challenge to go with it.

Port Stanley would certainly be interesting.

Is there any scenery at the actual South Pole in MSFS?

Is there any scenery at the actual South Pole in MSFS?

It sounds like it’s pretty raw down there, lots of scenery glitches and not many airfields modelled etc:

As noted in the headline, I’m probably jumping the gun a bit here but wondered if we could start a casually excited chitter chatter about where to next for our Christmas flight.

It’s never too early to start discussions. I think I enjoy looking at the maps more than I actually like conducting the flights!

I like this in principle - I wonder if we should try it on a smaller scale to iron it out, though.

Yes…I love the idea of a scavenger hunt as a stand-alone rally!

Port Stanley sounds like a great destination. That would be a pretty scenic flight for me…

Can we agree on Port Stanley then? That would be a fantastic…down the continents flight for me.

Port Stanley sounds good to me.