Looks like WMR seems to stop this Windows 10 update from being installed. It contains a bunch of security updates, so worth checking if yours installed ok.

To get around the WMR issue (again, this happened before):

A copy here in-case it gets edited:

In short you don’t necessarily need to uninstall WMR entirely:

This procedure does not require you to set up WMR from scratch after the procedure and saves you some time.

My bad in the title, the update is ‘Cumulative Update for Windows 10 Version 20H2’, I’ll update. That’s the update that won’t go on for some with WMR.

Thanks for the notification, I had no idea this update was failing/missing on my machine!

Did not know this was an issue.
Will check!
Thanks for the heads up, @fearlessfrog

Not sure this is the right spot but…

Spent the evening in “DCS RAGE!”. I don’t want to talk about it…

However, one of the issues was my VR headset tracking. Been getting worser and worser (yes, that’s a valid word in this case

So, what the hay. Uninstalled WMR then RE-installed via Steam (WMR for Steam VR - I have no idea what the diff is between WMR and WMR For Steam VR as they look/act the exact same - other than just to make things more confusing for someone’s entertainment). But I digress…

So, if WMR is giving you fits, or you suspect it may be one [of the many] weak links in the chain, give it a go I say. Took only about 10 minutes total.

I did have setup issues with the controllers (O+); it found them, then it didn’t. And would not. But I don’t use them. Somehow it all worked on the second go of running DCS.

I’ve had a weird issue my last half a dozen DCS MP flights in that when I die (oh…that happens VERY rarely…yeah…) and respawn back on the carrier, sometimes (not all the time) I get a really laggy performance. I don’t know if it is DCS reloading textures or digging my grave or whatever…but anyway…ALT-TABBING out and back in solves it. Weird. And I have had great luck with moving my taskbar to the right side of the screen…I haven’t had any reoccurrence of the Out of Focus problems I was having last month.

ALT-TABBING out and back in solves it.

I’ve heard about that one. No MP issues for me but, well, TODAY IS THE DAY! Maybe. I get a real internet connection. I’m waiting patiently? 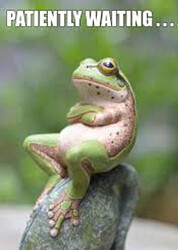 Are you out there digging the trench for them? Man…I’d love to get Google fiber or similar out here where I live. I should feel lucky that we even have Spectrum since we are pretty far out in the woods.

Are you out there digging the trench for them?

I should have. Wife wasn’t happy with the job they did. I get a modem today. In fact, I need to install my 1G NIC now before they get here. Later…

Scroll down, click the link that says Known Issue Rollback Group Policy. It gave me my DCS frames back. It’s a small .msi file, an installer of sorts. It unf$&%s KB5001330. They say that should happen automagically, but it don’t hurt to make sure it did.

Direct link to the rollback MSI here (I think, I didn’t need it as yet):

Strange I replied to this topic and it didn’t save. Anyway I asked if anyone had any good or bad things to say about this update.

OK so STeam VR fails when starting DCS. FFS what is happening
Any ideas how to even look for crash files

Probably be the last WMR for SteamVR beta update from yesterday? You can roll that back to stable or turn off reprojection. Some people on the ED forums are reporting that it’s ok after a reboot as well. Info down from here…

This looks like an interesting update: This bit might help DCS a fair bit on VRAM usage, will try it to find out: Reworks how graphics buffers are shared with SteamVR, reducing overall GPU memory utilization in most cases.

I checked steam vr files, acquired one and still no joy, restarted steam and the vr is updating again so fingers crossed of course I installed the latest Nvidia driver today as well as the W10 update just to confuse the issue

Update no joy every time DC’s starts to load after the initial splash screen I get steam vr has encountered a critical error.

In your Steam Library is the entry ‘Windows Mixed Reality for SteamVR’ in the beta channel? They’ll be a [beta] label on the library entry if there is. Right mouse button Properties… go to the Beta tab and select ‘None’ to take it out. ‘SteamVR’ is a different app, that ‘WMR for SteamVR’ uses.

Wish I could buy you a beer

that worked, taking wmr out of beta
Thanks

Just an addendum to the above. As you can see by my scatter gun approach to updates and settings I am not methodical, just to say though that either a reinstall of WMR for steam , Nvidia s latest drivers and the removal of the ASW option in steamVR the game looks and runs better. Even at 30fps in a particularly heavy point of the mission I was running with a B1 dropping a full load of Mk82s., 4 AH64Ds ,4 harriers, 4 hornets ,4 vipers Vs about 150 AAA with a mix of the S60 (the new one that fires into the sky) and zu emplacement s. Also firing at a fire at point in the sky. To recreate Baghdad air defence. Long way of saying DCS is running very well