Apparently not released today after all.

World Update 3 is in its final polish phase and is now locked in for release on Tuesday, February 16th. The team is putting the finishing touches on all aspects of this massive update, and we appreciate your continued patience.

Today was the/a release day but it got pulled. Looks like Feb 16th is the next try out.

At this point I’m kind of just shrugging, as they have moved the date three times, and I kind of feel like “Fool me once…”

So… If it comes out Tuesday… fine.

If not… Also fine.

I think that’s an older update @HiFlyer? This one I think

After you download the update, please go to the Marketplace if you would like to download the free UK/Ireland scenery (4.93 GiB): Feel free to use this topic to discuss World Update III, (version 1.13.16.0). Posts concerning this version may be... 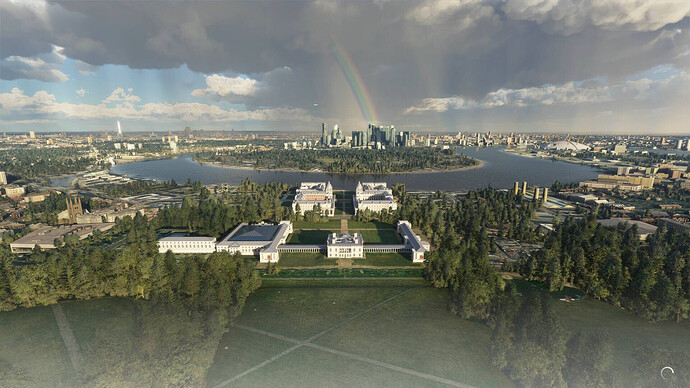 It’s the update’s loading screen, so not quite mine

The only flight I did was a quick check on Barra Out Skerries in the Outer Hebrides. I’ll post a shot in a minute as it’s really nice.

Lots of new toys to play with, although a shame they didn’t do more custom airports - I guess pressure from the pro market. 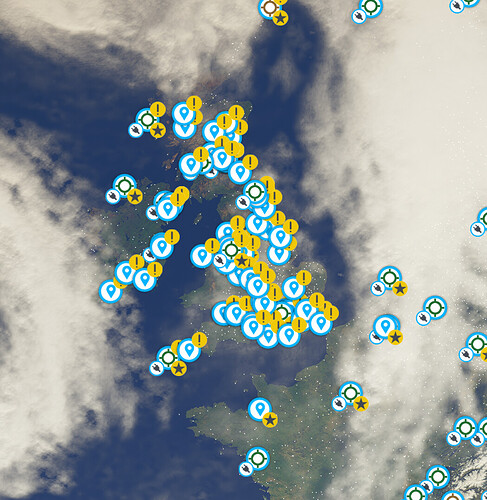 It is amazing how much better the sim looks when you add some weather. I really like how the water looks when the wind whips up the whitecaps.

I’m still having intermittent internet due to the inclement weather. I got about 12Gb into the main update before it clapped out on me (using my iPhone hotspot to write this).

There’s a lot of stuff. I think ideal for low down and props etc, so I need to change plane rather than shoot EGLL too low.

It is a stunningly good looking sim, especially considering the shots above are ‘out of the box’. It has sort of ruined other ones for me a bit (for a while at least), especially now I am happy enough with the A320NX mod’d to a decent level of complexity.

They just finished painting it!

Going in to VR to try to do touch and gooooooooo-arghhs’s in the Cub. Check out the cross winds…

The sim does look breathtakingly good. I made no bones about being skeptical of MSFS before release. I was 100% sure that I would keep using X-Plane, along with my extensive collection of payware scenery and aircraft while dabbling in MSFS out of curiosity but not committing to it in a meaningful way. That kind of went out the window back in August. I have hardly flown X-Plane or DCS since MSFS came out, and especially since the VR implementation came out in December.

I suspect over the we will see a flurry of 3rd party fixes in the next few days as things broken by the update are hastily patched.

I have hardly flown X-Plane or DCS since MSFS came out, and especially since the VR implementation came out in December.

I’ve got a terrabyte of Ortho set aside for X-Plane that is in real danger recently. One good thing is that they might make a real push on X-Plane 12 to be nicer on the visuals, and P3D/XP11 are still kings of the payware for now by far.

DCS is more a state of mind, in that for modern combat it’s either that or BMS F4, so it will always be what it is. It goes in cycles for me, and when I get bored of civ stuff it’ll be there (and probably pretty much in the same state anyway).

I’ll have a look, I think the area around the Mach Loop got updated at least in terms of elevation mesh, but they probably avoid too much photogrammetry around military bases.

I just finished the download.
Just in time to turn off the PC and go to bed… grml…

I smell a partnership with L3…

DCS is more a state of mind, in that for modern combat it’s either that or BMS F4, so it will always be what it is.

Yeah…I find myself easily able to adjust my mindset to the sim I’m playing. Whether it is twenty year old (gulp) EECH, VTOL VR, MSFS, or X-Plane…I sorta just go…meh…

Looks ok, a bunch of flat textures mixed with buildings, so it just looks like the typical AI render.

so it just looks like the typical AI render.

Agreed. I wonder if the sat data is limited for military installations.